It may be getting crowded in the Iowa Starting Line office these days, but we are very excited to share with you our second major expansion of the year. With these new additions, Starting Line now has more full-time political reporters than any other news outlet in Iowa.

We are bringing on yet another issue beat reporter for the Iowa Caucus: Isabella Murray will be covering both climate change and affordable housing issues. We’re particularly happy to be able to direct more attention to housing concerns, something that’s been getting talked about more on the campaign trail but doesn’t always get a lot of press coverage. Climate change is obviously top of mind for most Democratic voters, and there’s many Iowa-specific climate issues we’ll delve into.

Starting Line is also excited to announce that we will be partnering with Qué Pasa Iowa for coverage of the Latinx Community in Central Iowa through the Iowa Caucus. Fabiola Schirrmeister and Claudia Thrane launched Qué Pasa Iowa as a Spanish-language online news source for educational issues, politics and local news in the Des Moines area. We’ve been looking to do more diverse community-based coverage on Starting Line, and we figured we’d go to the people already doing it really well right now.

The partnership will be two-fold. Qué Pasa is relaunching their weekly, hour-long video program with a new studio on October 12. Their shows will include interviews with political candidates, including presidential ones, and we’ll use Starting Line’s considerable social media reach and website to help share and amplify that show. For the Starting Line website, Schirrmeister and Thrane will write up dispatches from the Latinx community in Central Iowa, focusing on personal stories of what people are struggling with, how they’re following the caucus and what issues are driving their votes.

We hope this will give our readers a more authentic look at what’s really happening in Iowa’s Latinx community. We also aim to help Qué Pasa in their effort to provide more political information to young Latinx voters and residents in Iowa. Our longterm goal is to assist in building up the political civic culture in Iowa’s Latnix community. Campaigns and parties can try to turn out voters with traditional field efforts and community networking, but if potential voters aren’t hearing or reading about politics in the places they find news, it’s much harder to get them engaged in elections.

And a name well-known in the Iowa political staffing world will be in our office a few days a week assisting with website development and tech needs. Greg Hauenstein is joining our team, and we should have a new version of the Starting Line website to roll out sometime in October.

Finally, Nikoel Hytrek, who joined the team in June, will now be covering a Democracy beat, which will include issues surrounding voting rights, redistricting and money in politics. She will cover that in addition to her Courts beat.

Once again, we would all like to express our deep, deep gratitude to everyone who has been a part of helping make this new Starting Line team happen this year. As you probably know, I largely ran most of this show myself from home for four and a half years. There was no single huge funder that just swooped in and made this happen this year; we’ve scrapped bits and pieces of funding from here, there and everywhere to put together our caucus team, and we’re thankful for everyone’s assistance. We’re making quality, local journalism work in Iowa. 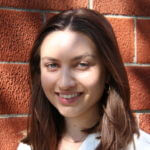 Isabella comes to Starting Line after spending the summer in Washington, D.C., interning with Voice of America. She recently graduated from the University of Minnesota, and is originally from a northwest suburb of Chicago. While in college, she interned for the Minneapolis Star Tribune at the Minnesota Statehouse Isabella also covered the midterm elections and legislative issues for the The Minnesota Daily, the campus newspaper. 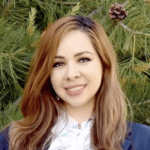 Fabiola brings her significant experience in TV and radio journalism to the team. She worked as a TV host and producer with Telemundo Puerto Rico, WIPR and Azteca America Tucson. She was with Hispanic radio LA REY 105.5 FM from 2015 to 2018 and currently works at La Que Buena 106.9. She majored in telecommunications at the University of Sacred Heart, located in Santurce, Puerto Rico. 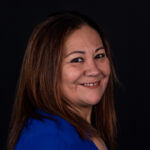 Claudia has been an advocate for the Latino community since coming to Iowa in 2000. She’s collaborated with several Spanish radio stations, and was honored in 2009 as a Public Citizen of the Year by the National Association of Social Workers. In 2015, she received the Community Service Award by the Des Moines Police Department, in 2017 the Latino Person of the Year by Bankers Trust and the Cesar Chavez Award in 2019 by Des Moines University. 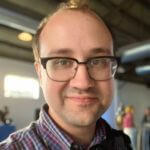 Greg will assist Starting Line with website maintenance and development and technological needs. He runs One Voice Message & Media, a communications and digital strategy firm here in Des Moines. He got his start in politics on the groundbreaking caucus campaign of Barack Obama in 2007 and went on to work with candidates, state parties, and non-profits around the world.