Former President Donald Trump planned to direct a mob of angry, armed supporters to the Capitol on Jan. 6 but wanted it to appear spontaneous, according to new testimony revealed during Tuesday’s House hearing on the Jan. 6 Capitol attack.

According to documents from the National Archives, Trump drafted a tweet prior to Jan. 6 that read: “I will be making a Big Speech at 10AM on January 6th at the Ellipse (South of the White House). Please arrive early, massive crowds expected. March to the Capitol after. Stop the Steal!!”

Trump never sent the tweet, but according to text messages and emails obtained by the committee, numerous Trump allies—including former Trump spokeswoman Katrina Pierson and Stop the Steal organizers Ali Alexander and Kylie Jane Kremer—also knew that the president planned to direct the crowd to the Capitol. 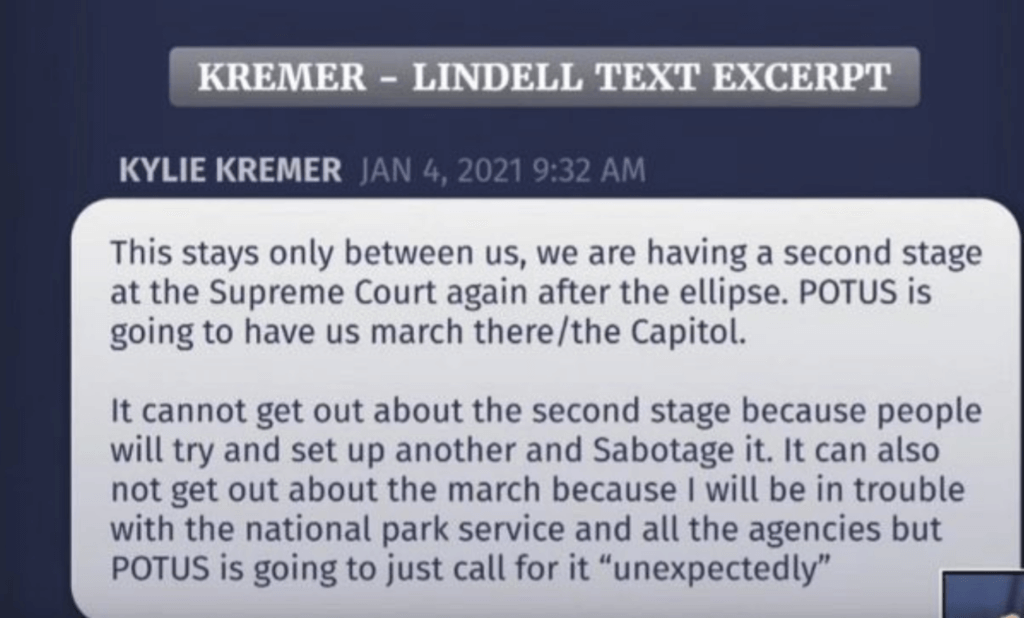 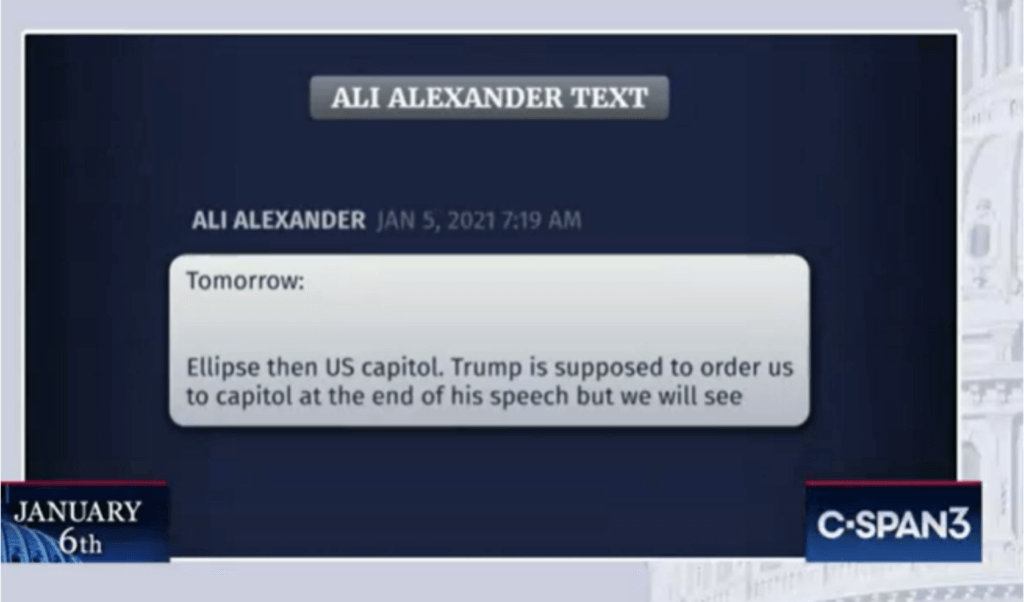 This evidence contradicts Team Trump’s argument that the Capitol attack was spontaneous and that Trump cannot be blamed for his supporters’ actions.

Here’s what else we learned on Tuesday:

Following his failures to challenge the 2020 election results through legal means, Trump issued a tweet on Dec. 19, 2020, ordering his supporters to come to Washington on Jan. 6, 2021, to “Stop the Steal,” saying it “will be wild.” Within 24 hours, right-wing media figures like Alex Jones and Tim Pool began amplifying Trump’s tweet, and Trump supporters began posting violent and racist content online, expressing excitement about attending the Jan. 6 rally and storming the Capitol. One user even called for a “red wedding,” a reference to a scene of mass murder in Game of Thrones.

Trump’s “Be there, will be wild!” call reverberated online across almost every social media platform. Trump’s key supporters, including far-right media personalities, saw it as a call to action. pic.twitter.com/k8Ao8PZJWm

The Oath Keepers, an extremist right-wing militia, were prepared to use violent force to keep Trump in office. As former Oath Keepers member Jason Van Tatenhove testified, the group is a “dangerous militia” that attracts “white nationalists” and “straight-up racists” and has a vision for America that “includes violence” and “doesn’t necessarily include the rule of law.”

After the committee’s last hearing, Trump himself allegedly phoned a witness that has yet to be introduced to testify publicly. That person didn’t answer Trump’s call and instead alerted their lawyer, who alerted the committee. Rep. Liz Cheney (R-Wyoming) warned against possible witness intimidation and announced that this information had been supplied to the Department of Justice.

Ultimately, the committee and its witnesses presented a strong case that Trump and some of his allies knowingly spread lies about the 2020 election being stolen, whipped Trump supporters into a violent frenzy, encouraged them to come to Washington, D.C., on Jan. 6, used the threat of violence by armed extremists to try to pressure Vice President Mike Pence and members of Congress to overturn the election results, and then directed the armed mob to march on the US Capitol.