The votes in favor came raining down from the Iowa House Judiciary Committee during the roll call for HF 2647, the criminal justice reform bill that sailed through the Capitol tonight in unprecedented fashion. Not even an hour before, just before 5:00 p.m., the text of the new bill was released, the culmination of days of intense conversations between black legislators, both parties’ leadership and Gov. Kim Reynolds.

By 6:40 p.m., the bill had already passed unanimously in the full Iowa House. About twenty minutes later, the Iowa Senate followed suit, also unanimously. A signing ceremony is expected tomorrow.

Watching the debate from the floor at times in both chambers was Reynolds herself. Legislators took note in their speeches of the extremely rare occurrence of a governor coming in-person to watch.

In the public balconies above, where many chairs were still taped off for coronavirus social distancing, activists from Des Moines’ Black Lives Matter organization silently raised their fists in the air as the debate and votes played out. They waved their arms in celebration as the vote board lit up green in each chamber, and Matthew Bruce, one of the group’s young leaders, couldn’t help but jump in excitement at the victory.

So too were raised the fists of Iowa’s five black legislators, all in the House, as the final vote was recorded there.

Today history was made. Our #PlanForAMorePerfectUnion was passed moments ago. We are proud of our work but it’s only a first step to end racism and inequality. Thank you to the Iowa Legislative Black Caucus for their hard work on this monumental piece of legislation. #ialegis pic.twitter.com/BHkArs0vGj

Rep. Ruth Ann Gaines of Des Moines, who had avoided the Capitol since session resumed out of concern for her personal health situation amid COVID-19, was there with them, calling it a “historic” moment. She and the other black legislators hugged other representatives and the Governor after the vote.

As nearly every speaker made sure to explain, this bill was but a starting point, and the Legislature, expected to adjourn tomorrow, would keep working on racial justice issues in the years to come. The young activists, highly skeptical of what they were hearing from the legislators who would speak to them this week, will certainly hold them accountable to that pledge.

But the legislation does have some good first steps.

It bans police from using chokeholds, with only the smallest of exception. Police officers who are fired for misconduct are banned from being rehired. The attorney general can investigate and prosecute officers whose actions resulted in the death of someone. It also requires annual deescalation and bias training for every Iowa law enforcement officer.

The measures were all part of legislative Democrats’ “Make A More Perfect Union” proposal they announced on the Capitol steps late last week. State Reps. Ako Abdul-Samad and Ras Smith and taken a lead throughout the week in working with Statehouse leadership and the Governor’s office on crafting something that was both meaningful and could be swiftly passed.

And it was. Longtime Statehouse observers marveled tonight at how the bill was introduced and passed by both chambers in mere hours.

Even more striking, however, were the speeches from legislators who most days are at each others’ throat in the bitterly-divided Legislature.

“I’m glad we’re working together, because we need to,” Abdul-Samad said in a passionate speech. “But I’m sad because I stood in a line and watched young people with tears coming down their face, because they were looking at us, and I saw the same tears that came down my face when I was standing there, protesting, and we were trying to become the game-changers and no one listened to us. I saw their tears, I saw their pain, I heard their hurt! But that’s what it took for us to move.”

Gaines expressed her joy at the moment.

“I’ve sat here year after year listening to debate, which I thought showed indifference to what my cause was. Today, I am jubilant. I am happy. I am surprised,” she said during the committee proceedings.

Even one of the House’s most conservative Republican members, Rep. Matt Windschitl of Missouri Valley, delivered a somber, serious speech in support of the bill.

“Is this a solution to every problem we have? To every injustice? No. But it’s a damn good start. And we can move forward from here,” Windschitl said. “To all the folks in the gallery … We hear you. We hear you, and we want justice for everyone.”

In the Senate, several of the speeches were… awkward, perhaps a result of having no elected officials of color there. But they too captured the magnitude of the moment. Republican Sen. Mark Segebart said it would be the most important vote of his career.

“Significant reforms like House File 2647 often take years if not decades to implement through the legislative process,” Senate Majority Leader Jack Whitver said. “But over the course of the past six days, from our first meeting down in the governor’s office until tonight, we have worked together in a bipartisan way to craft this piece of legislation.”

Lost on no one, of course, was that the Legislature has had ample opportunity over the years to address racial injustices and criminal justice reform. They had not acted. And while the shocking video of George Floyd’s murder may have spurred new thinking in some legislators’ minds, tonight would almost certainly not have happened were it not for the thousands of Iowans who took to the streets the past two weeks to demand real change. 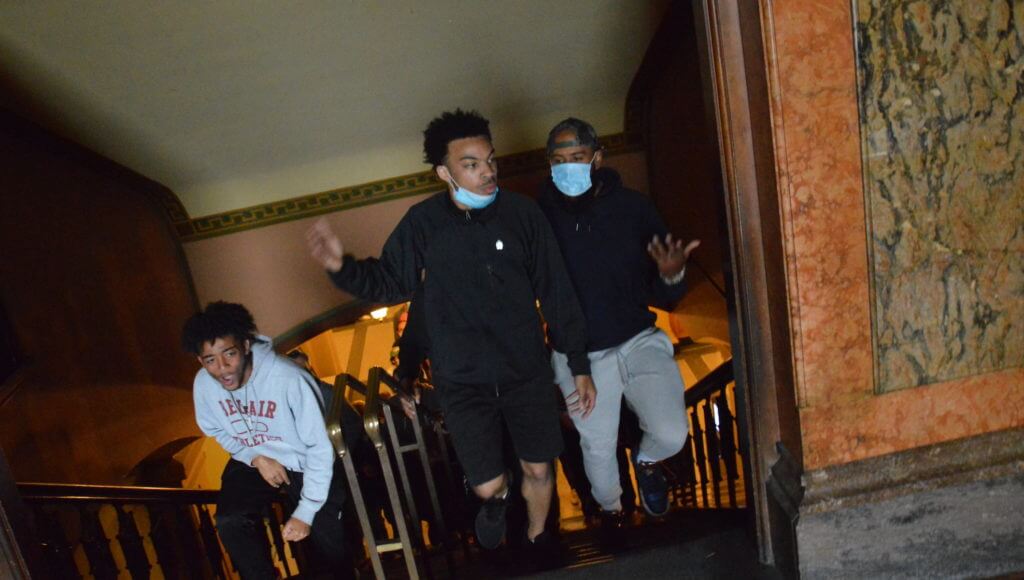 Just ten days ago, the Capitol grounds was filled with the teargas that police fired at nonviolent protesters. But with each successive day, more and more people gathered at the Statehouse, throughout the Des Moines metro, and in cities both large and small beyond, to insist on action. The past three days, Black Lives Matter protesters have fought a frustrating battle at the Statehouse to simply be heard by Reynolds, attempting unsuccessfully to set up a meeting with her.

We made history today. Tomorrow we will make sure the excuses from @IAGovernor come to an end. If y’all wanna experience history then show up to the State Capitol ground floor @ 10am #WhereIsKim

They’ll be back there tomorrow morning, ready to confront the Governor on other topics, like why she won’t simply issue an executive order that would restore all former felons’ voting rights in Iowa. And streets and city squares will be filled this weekend with more racial justice protests across the state. 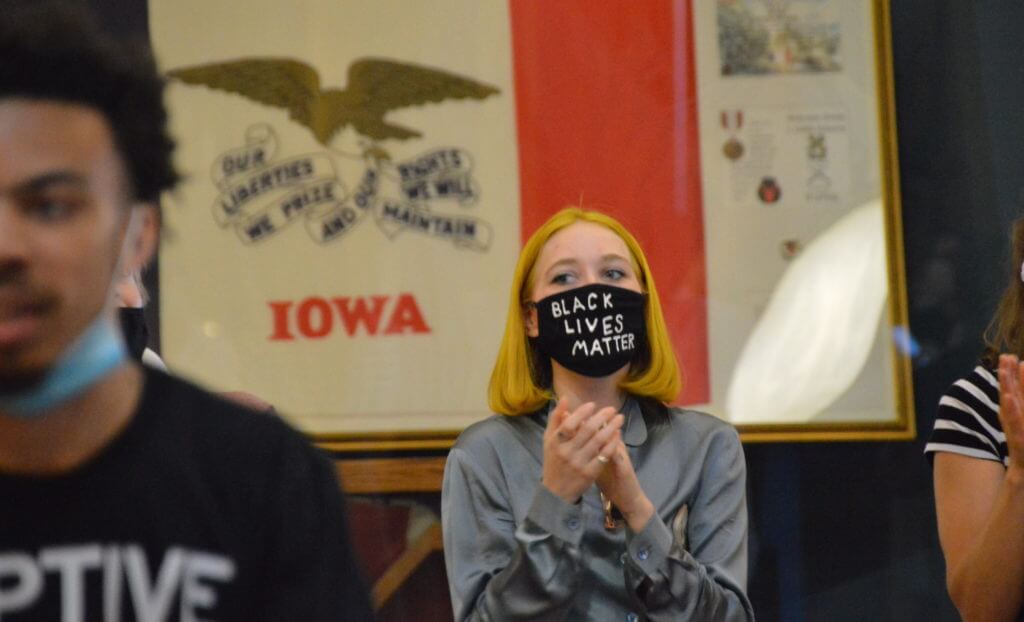 No one’s certain where all that will lead. But tonight, for one night at least, it felt like some progress was made, that the momentum from the people in the streets was turning into substantive momentum in the state’s laws. And none of those young protesters are going to slow down now.

1 Comment on "Persistence Pays Off: A Historic Night In Iowa On Racial Justice"