In addition to the complaints filed with the Federal Election Commission, the Internal Revenue Service also has been asked to investigate the “dark money” group Iowa Values that has been helping Sen. Joni Ernst’s reelection.

End Citizens United, a political action committee dedicated to ridding politics of unlimited corporate financing, submitted an IRS complaint today stating that Iowa Values “falsely registered as a social welfare nonprofit because it solely exists to elect Senator Ernst and does not promote any social welfare.”

The complaint, signed by ECU president and executive director Tiffany Muller, details the connections between Iowa Values and Ernst’s reelection campaign, as first reported on Dec. 6, 2019, by The Associated Press.

“Senator Ernst’s campaign is a shining example of how corrupt Washington politicians break the law to protect their own interests,” said Muller, in a statement. “Iowa Values is a political group disguised as a social welfare nonprofit. Senator Ernst has realized that Iowans have abandoned her, so she’s turned to dark money to bankroll her re-election. We urge the IRS to investigate Iowa Values and hold it and Senator Ernst accountable.”

Ernst’s team has denied any illegal contact between Iowa Values and the campaign, but has not offered evidence to contradict the AP’s reporting.

In one instance reported by the AP, Ernst appeared to introduce a donor to Iowa Values’ fundraiser, who then reached out, referencing that introduction, to request $50,000 to help messaging efforts in support of Ernst.

“Publicly available information suggests that Iowa Values’ activities are directed and controlled by several of Ernst’s closest allies. Some of these operatives’ firms were being paid by the Ernst Committees at the same time that they were founding and operating Iowa Values,” the complaint states. “The extensive overlap between Iowa Values and the Ernst Committees raises serious concerns about the reason for the nonprofit’s establishment, and whether it is operating for a legitimate social welfare purpose or the private benefit of Ernst and her allies.”

As a 501 (c)(4), Iowa Values may engage in some election-related activities, but they cannot be its primary purpose, as ECU argues in the complaint. 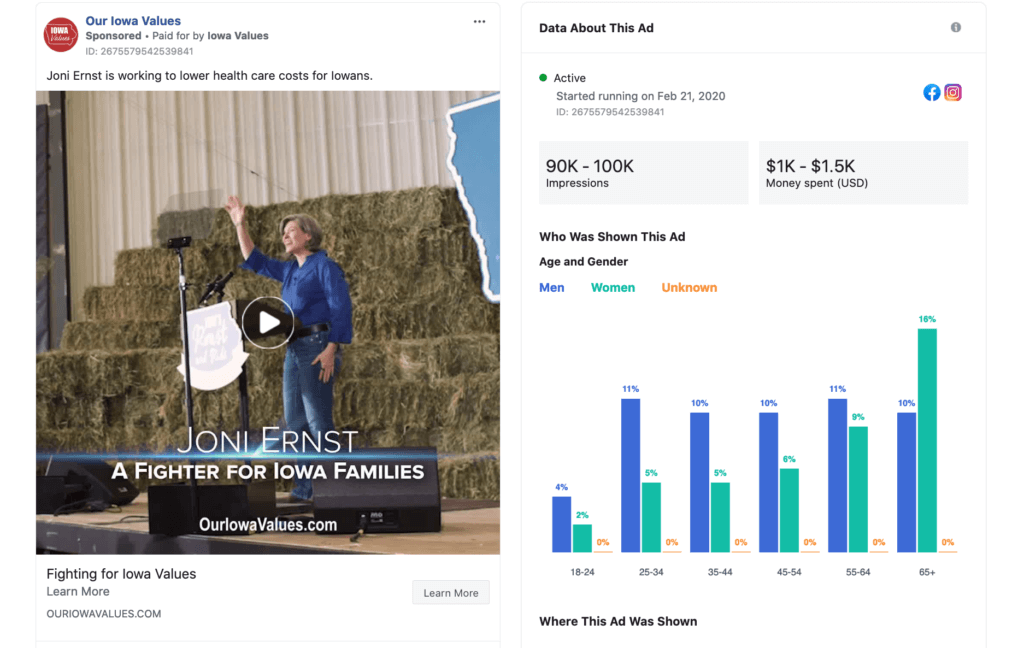 However, last month during the lead-up to the Iowa Caucus, Iowa Values had a larger Facebook buy that was more directed at criticizing Democrats’ Medicare for All plans. 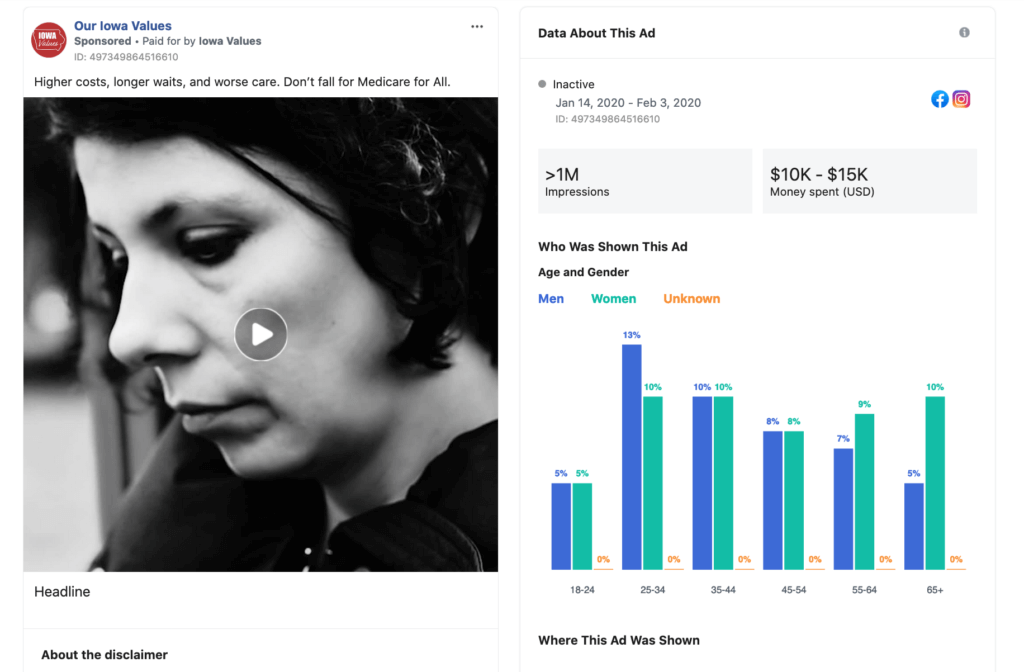 “We have reason to believe that Iowa Values is not properly organized under section 501 (c)(4) of the Internal Revenue Code because its primary purpose is to participate in the 2020 election for U.S. Senate in Iowa on behalf of Senator Joni Ernst, and not to promote social welfare,” the complaint states.