The leader of a movement to establish an independent state of Biafra in Nigeria was seated in the VIP section of President Donald Trump’s campaign rally in Des Moines last night. 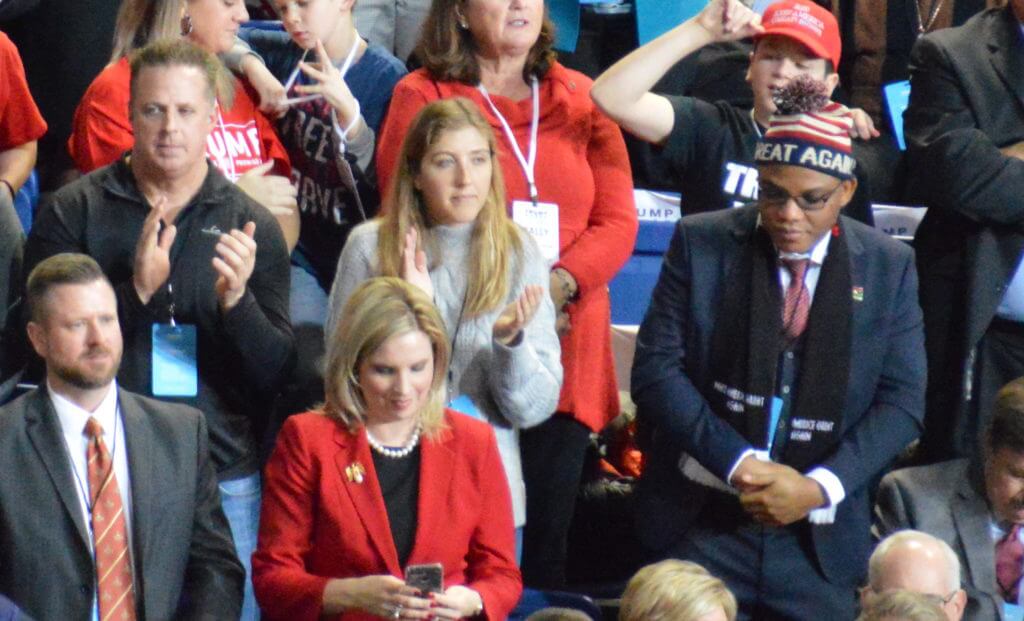 This morning, he tweeted out photos of him with Congressman Steve King and other attendees.

“What a night! I want to thank my friends in the leadership of the Republican Party in the great state of Iowa for a remarkable evening in Des Moines,” Kanu wrote on Facebook. “Truly delighted to be amongst such warm and compassionate people. A memorable and resoundingly thunderous speech by President Donald J. Trump. What a man, what a president!”

A Biafra news site referred to Kanu as a “special guest of honor.”

The Nigerian leader had specific for praise for King.

“Our dear friend Congressman Steve King (R-Kiron) was there too, such a conscientious and caring gentleman,” Kanu said.

It’s my pleasure be at Trump Rally in Des Moines Iowa, by the way, VIP section, and I could see some @GOP heavyweights.

The energy in the place is electrifying. The people of USA love @realDonaldTrump #MAGA #Biafra will be great again. pic.twitter.com/q0ILfocvTf

Kanu leads the Indigenous People of Biafra, an organization pushing for a free and independent state in southeast Nigeria. Biafra was once an independent state for a few years in the late 1960s, but its creation sparked a civil war in Nigeria that eventually ended the small nation’s existence.

Many of the Igbo people who make up the Biafra region of Nigeria are Christian, and religious differences were one of the reasons for the previous conflict. Nigeria as a whole is about half Muslim and half Christian.

King has expressed interest in Christian rights in foreign countries before, though the congressman has never tweeted about Nigeria, Biafra or Kanu.

In recent months, Biafra activists appear to have been pushing the idea that Trump was about to recognize their movement in some way. They pointed to his signing of a bill related to American tribal sovereignty that they believed would mean he’d back indigenous efforts like their own.

A fact check website looked at an article being shared on Facebook that claimed that Trump was supporting Biafra independence by sending $200 billion to Kanu’s account in order to build an oil refinery in the Biafra region.

Several hours after Starting Line tweeted out a photo of the VIP section, Biafra supporters recognized Kanu and began claiming that his inclusion at the event could signal the President’s support of their movement.

Questions sent to Kanu were not immediately responded to.

32 Comments on "Why Was A Nigerian Independence Leader In Trump’s VIP Section In Iowa?"