Republicans may have wished they’d had a better-funded 2nd District candidate in 2016 when Donald Trump won the Democratic-leaning seat held by Dave Loebsack. The six-term Democrat has weathered every difficult year in Iowa politics and remains in a good position heading into 2018. But that won’t keep serious GOP candidates from taking a close look at challenging Loebsack in the hopes that Southeast Iowa continues to trend toward Republicans.

The rumor mill is already churning over who might launch a campaign. Here’s the names Starting Line is hearing:

Kaufmann’s name has been tossed around in recent years for higher office, including governor, but the timing of Branstad’s departure and Reynolds’ elevation ruled that out. Now Kaufmann may be considering knocking off Democrats’ sole remaining federal official in Iowa. The Republican Party has seen incredible success in Iowa since Kaufmann took over as chair. His role in quickly turning around the troubled organization would inspire confidence in donors looking for a well-run 2nd District campaign. And he has a loyal following of activists around the state that would go to work for him. 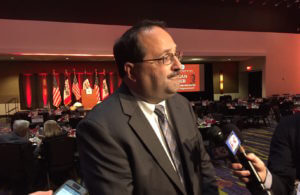 Doing so, however, might cause some headaches inside the Republican Party of Iowa. Kaufmann was unanimously reelected as party chair a few months ago, but some members might not appreciate him leaving just several months in.

Kaufmann represented Cedar County in the Iowa House and is a community college professor in Muscatine. His son, Bobby Kaufmann, holds his old legislative seat. 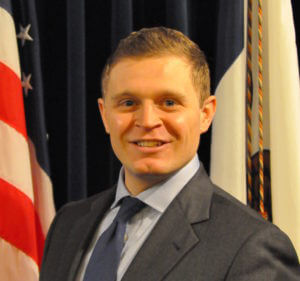 The most interesting name to surface so far is Terry Branstad’s top aide, Michael Bousselot. The Davenport native and attorney worked as a policy adviser for Branstad before being named chief of staff in 2015. It’s unclear how the staffing situation in the governor’s office will shake out in the transition, so this might be a good opportunity for Bousselot to take. Were Branstad to put his political machine in to action for Bousselot – even as Branstad heads off in China – the young staffer could quickly become the front-runner in a primary race where access to big donors is key. 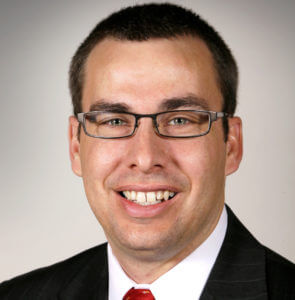 The second-term senator from Bettendorf has been rumored to be considering a move on up to the federal level. Smith was elected to the Iowa Senate in 2010 after narrowly beating out an incumbent Republican in the primary. His senate district, the more affluent area of the Quad Cities, is one of the few in the state that’s trended Democratic. He’s a small business owner and new co-owner of the local minor league baseball team. Smith hasn’t developed a very big profile for himself during his time in the Legislature, and would need to significantly improve his visibility in the press and across the district to gain a foothold. 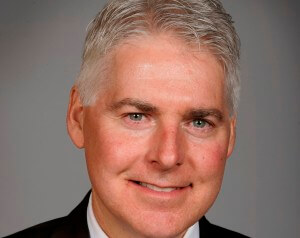 The legislator from Muscatine may take another stab at heading to Washington, D.C. Lofgren left his seat in the Iowa House in 2014 to run for the 2nd District Republican nomination, but lost out to repeat candidate Mariannette Miller-Meeks, 49% to 38%. He returned to the Statehouse this year after winning a highly-contested state senate race.

However, Lofgren has had struggles with fundraising in the past. He only brought in $122,531 in contributions for his 2014 congressional campaign, with another $45,000 in loans. Lofgren actually raised more for his 2016 campaign against Senator Chris Brase – $147,771 in all to his campaign account – though he benefited from a strong statewide focus on his effort to flip that seat for Republicans. He would need to post some impressive early fundraising quarters were he to get into the race.