For years Democrats in Iowa have bemoaned the lack of younger elected leaders within the party. While 13 Republicans in the Iowa Legislature are 40 years old or younger, only 4 Democrats are. That’s led to some concern about who will lead the party into the future.

After last week’s primary, however, a new crop of young Democratic candidates emerged from their elections. Some are certain to be serving in the Legislature next year, others were selected to carry the party’s banner in must-win swing seats. There’s still a long way to go for Iowa Democrats to fully build up a new generation of young leaders, but they’re off to a good start in 2016.

Here’s a look at some of the young candidates Democrats are fielding this Fall: 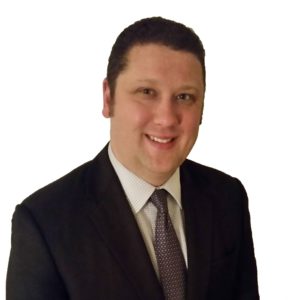 Lives in West Union. Raised in Waterloo by his father after losing his mother in a homicide, Ritter joined the the United States Marine Corps at age 17. Attended Grinnell College, BA in Political Science, then the University of Iowa College of Law. Interned at U.S. Attorney’s Office in Des Moines prosecuting federal crimes. Recently named a partner at his law firm Elwood, O’Donohoe, Braun & White.

“I hear a lot about the ‘enthusiasm’ of youth, but I’m actually more of the even-keeled type. I am not a bombastic, fire-and-brimstone public speaker or personality. Fortunately, I am finding that a good number of voters seem to appreciate that. They are tired of the partisanship bickering and obstructionism we’re seeing on the national level and are open to electing an analytical and pragmatic Representative. My opinion is that first-term legislators don’t go to Des Moines and change the world with impassioned speeches. They advocate for their district by building coalitions, learning policy, and working in committees. Perhaps one advantage of youth and of not being previously involved in politics is that I don’t harbor any cynicism or ill-will toward anyone, so I am willing to work with any person who might be helpful in advancing my district’s interests and getting our voice heard.” 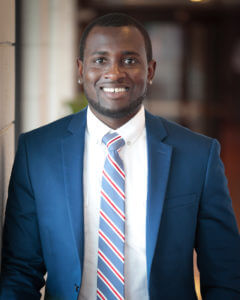 Born in Waterloo, attended Warburg College and University of Northern Iowa. Master’s degree in Leisure, Youth and Human Services. Married to Amelia, a special education teacher in Waterloo. They have a three-year-old daughter and two dogs. Ras worked with the Juvenile Court system and for Four Oaks providing youth counseling for troubled youth, now serves as the Site Coordinator for non-profit organization Communities in School that helps at-risk youth.

Ran unopposed in the Democratic primary after Deb Berry retired shortly before the filing deadline. No Republican opponent. Smith will be a state legislator next session.

“The most exciting aspect about the possibility to represent my district, District 62, in the Iowa legislature would be the opportunity to collaborate with other forward-thinking Democrats. As a 28-year-old African American man, I know I would contribute a unique perspective that would assist in achieving the common goal of ensuring that we are true to our Iowa values of quality education, opportunity for all and embracing diversity.” 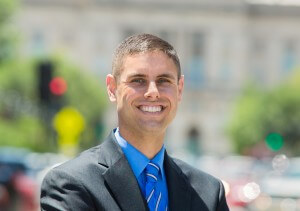 Attended Simpson College and Drake Law School. Practices law at Hedberg and Boulton with a focus on workplace and labor rights law. Also teaches part-time at law school since 2006. Married, wife Andrea is the trails coordinator for the Iowa Natural Heritage Foundation.

Boulton won a highly-competitive primary against Pam Dearden Conner, the daughter of retiring Senator Dick Dearden, 52.8% to 47.1%. There is no Republican running in the general, just a libertarian. Boulton will become the youngest Democratic member of the Iowa Senate.

“This is a great time of opportunity for our party to really emphasize our vision for the state–and how it truly reflects the values of Iowans. Having a strong voice on funding education as a real priority, pushing for quality job growth, standing up for clean water and the protection of our natural resources, and advancing the rights of working Iowans should be issues that drive our party’s success. We can get there by winning over the next generation of voters in this state with a solid push from the vibrant and qualified group of new, young leaders we have running this year.” 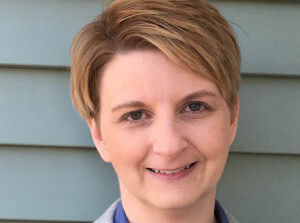 Mayor of North Liberty. Born in Keokuk, grew up in rural Johnson County. Attended Kirkwood Community College. Moved to North Liberty in 2007, stay-at-home mom that started running local campaigns for school board and county supervisor. Ran herself for city council and then mayor. [Read our full profile here]

Won 63.3% to 36.4% over Abbie Weipert (also a young candidate). Sally Stutsman is retiring from this heavily Democratic seat. Nielsen will face Republican Royce Phillips in the general, but is practically certain to win.

“The same disruption that we see happening in companies due to exponential growth in technology is happening in our government, and I’m excited about that.  My least favorite phrase is, ‘that’s the way it’s always been done.’ I have been chastised for believing that I might be able to bring something new to the Legislature, and I think taking the position that everything has already been thought of is very short sighted. My experiences and the environment I live in everyday makes me who I am and shapes how I will approach a situation, and I think we can all agree a change in approach is very much needed in Des Moines right now.” 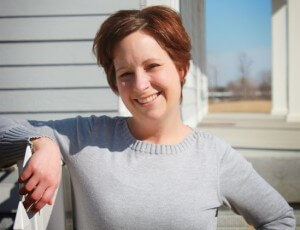 Grew up in Rhode Island, moved to Iowa in 2003. Attended George Washington University for a masters in Legislative Affairs. Worked on political campaigns and public policy and advocacy organizations. Married to husband Chris. They have six-year-old twins. [Read our full profile here]

Didn’t have a Democratic primary. Faces incumbent Republican Kevin Koester. While Koester has won easily in years past, registered Republicans outnumber Democrats by only 600 people in this district and is seen as a top pick-up opportunity.

“I made the decision to run because I believe it’s time for a new generation of leadership and because voters deserve a much more open and honest conversation about the challenges and the opportunities we have in this state. It’s incredibly exciting for me to live in a city where the median age is now 34 because this election really is about our collective futures. And as mom to six year old twins, I live the life of an advocate and a negotiator every day!  When I talk to community members of all political stripes, we agree that the petty partisan bickering needs to end and that Iowa needs elected leaders who will put forth a forward-thinking vision for our future.  There comes a time when the status quo isn’t good enough and I am proud to be running to push for changes on the issues that affect our daily lives — real commitments to education, clean water, mental health, supporting small businesses, and economic security for women and working families.” 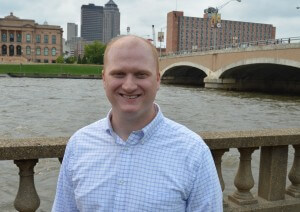 Grew up on a farm in Boone, Iowa. Joined the Iowa National Guard and was called up for active duty in 2005, serving in the longest deployment of the Iraq War. Received a masters of Public Policy from George Mason University. Later worked in the Pentagon. Ran against Steve King in 2014.

Won three-way primary with 49.6% to Mike Sherzan’s 36.4% and Desmund Adams’ 13.9%. Will face first-term Republican incumbent David Young. The race is seen nationally as a key pick-up target for Democrats.

“As a candidate with a young family, especially with two young sons, I know first hand what families across Iowa are going through right now and how important it is to seek out real solutions. Young people running for office bring new voices and ideas that add a different perspective to the political discussion we have during campaigns. I believe that our Democracy works best when we encourage everyone to speak up and make their voices heard.”

There are more young Democratic candidates running this year as well – we’ll cover them in future posts.