Groups working against US Rep. Cindy Axne have poured more than $2 million in TV advertisements to attack her and the broader Democratic agenda in 2021, well over a year before the election.

The ads connect Axne, Iowa’s lone congressional Democrat, to pieces of the party’s Build Back Better Act, and paint attempts to close tax loopholes and lower drug prices as attacks on everyday Americans.

Often, the ads either mislead, exaggerate, or don’t mention how a policy will actually affect middle-class Iowans.

Here’s a case-by-case look at the claims made and the actual truth—or lack of it—behind them. 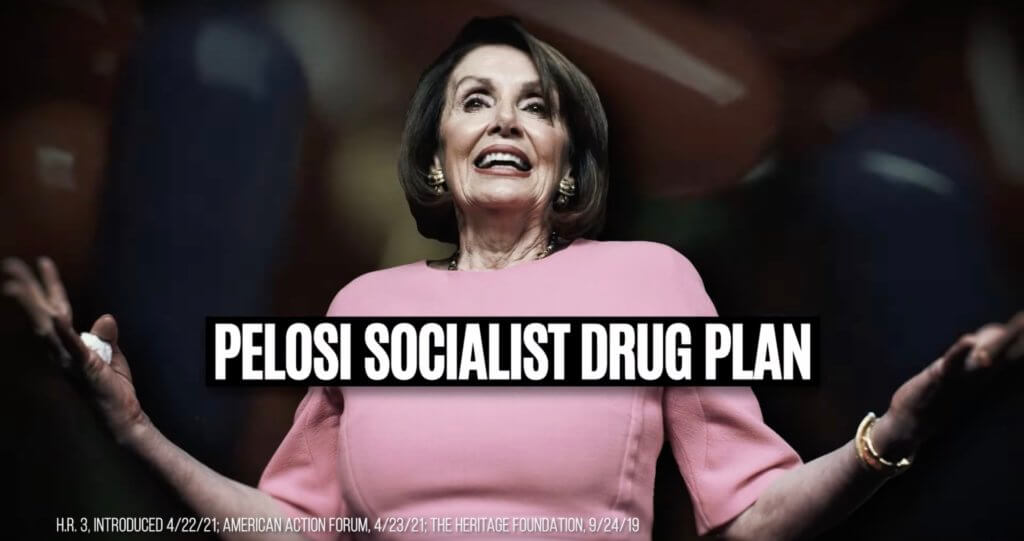 A Democratic plan to lower drug prices amounts to a government takeover and could prevent necessary new drugs from being made. It also claims the bill would put Washington, DC, in control of the prescription drug market.

The ad is talking about HR 3, the Elijah Cummings Lower Drug Costs Now Act, which would allow Medicare and the Department of Health and Human Services (HHS) to negotiate drug prices.

Pharamaceutical companies set prices and do so with an eye for profit. This bill would allow the HHS to negotiate maximum prices for brand-name drugs that don’t have generics. Maximum prices would be judged against the prices in other countries.

The bill also changes Medicare’s drug coverage and pricing. The goal is to reduce the threshold for out-of-pocket spending for prescription drugs. 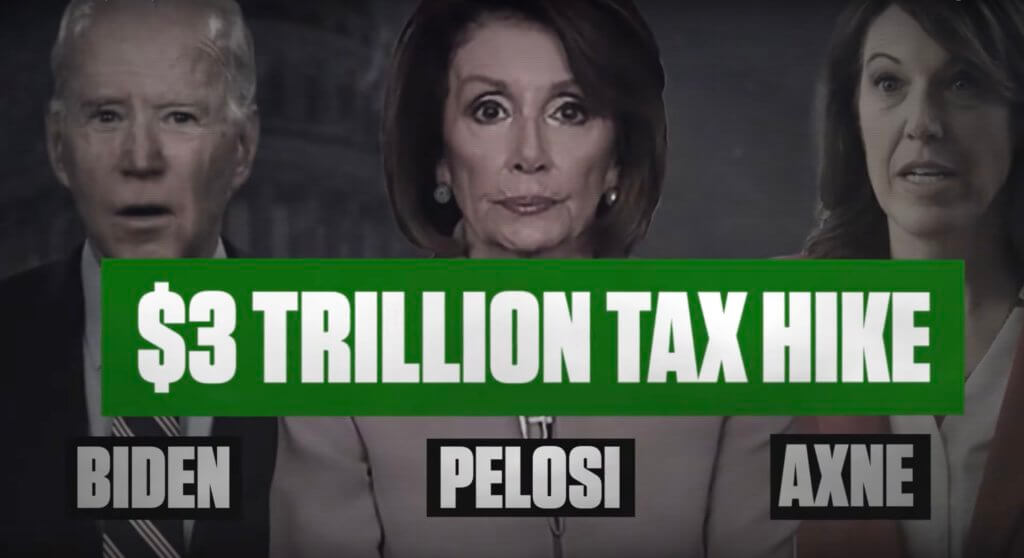 Taxes will go up for everyone under the Democrats’ plan, which will hurt small businesses and families.

The ad’s underlying insinuation that increased taxes will hit the middle class is simply false. One article mentioned in the ad is specifically about Democratic proposals to raise taxes on corporations and individuals who make millions. The ad declines to mention that tax increases for individuals target the very top of the tax bracket, which is currently 37% for singles with a taxable income over $500,000. Under the new rule, that would be 39.6% for taxable income over $400,000.

Another cited article in the ad comes from CNN, about how inflation is outpacing the increased compensation people have gotten. It suggested that because inflation is increasing while Biden is president, it’s his fault and so higher taxes would be bad for people. That’s also wrong. Inflation is caused by a number of things, including government spending last year before Biden took office. 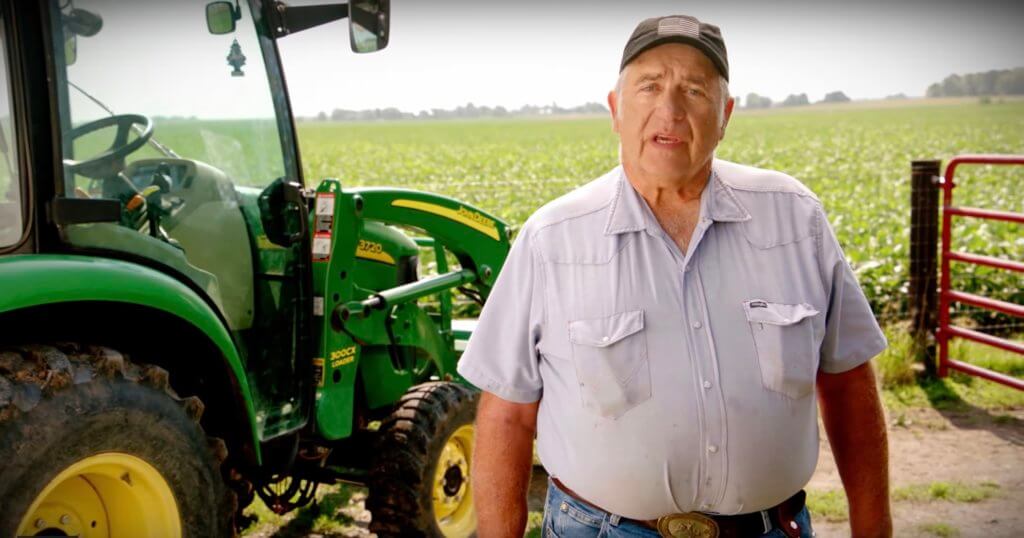 Democratic plans to increase capital gains taxes and eliminate stepped-up basis would hurt family farms, and the ability for those farms to be passed down.

The change to the capital gains tax would apply to all accumulated gains when the asset owner dies. Simply, President Joe Biden and Rep. Cindy Axne have both said family farms would be exempt from changes to capital gains taxes. The purpose of the change is to eliminate another way wealthy people try to avoid paying their fair share of taxes.

Gains above those amounts would be subject to tax at death. 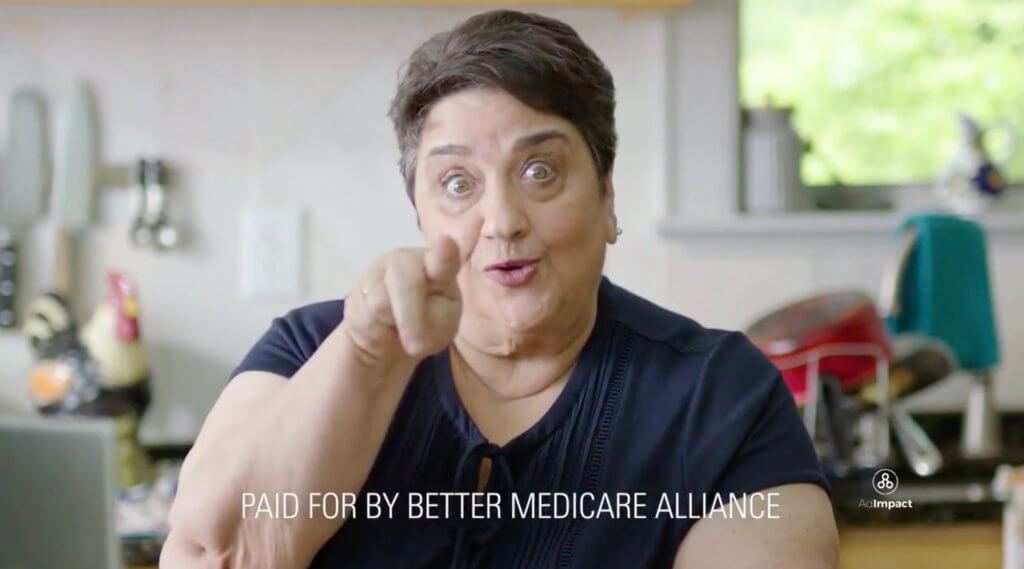 Democrats are raising premiums in Medicare and cutting parts of Medicare Advantage.

The ad doesn’t detail anything about what Democrats are doing that would raise premiums, but what it’s probably referring to is proposals to expand Medicare to cover vision, dental, and hearing.

Basically, to pay for that expansion, some parts of Medicare Advantage could see an increase in premiums and/or benefit cuts.

This is because research shows some adjustments to Medicare Advantage payment formulas could prevent overpayments, which would help pay for the overall expansion. But that part of the bill isn’t settled yet and Axne is not talking about cutting Medicare Advantage or raising the premiums.

Common Sense Leadership Fund, a Republican-aligned PAC: this is a similar ad running in Michigan

Democrats are taxing the retirement accounts of everyday Americans

The proposed tax change would only affect people who have more than $10 million in retirement funds. Estimates show the change would only affect 3,600 taxpayers out of the millions who have individual retirement accounts (IRAs) because only people who make more than $400,000 a year (or $450,000 for couples filing jointly) would be prevented from adding more money to the account once it reaches $10 million.

Here’s a further fact check on this claim.