Iowa Democrats are holding their county conventions across the state today, the second part in the caucus-to-convention process that could determine the party’s gubernatorial nominee. Were none of the six Democrats to reach 35% in the June 5 primary, the delegates at the state convention would instead choose a winner. The people to fill those state delegate roles are being chosen today at county conventions.

Starting Line has been tracking results from across the state, verifying it with local contacts as we go. So far, Uncommitted/Non-Aligned leads the total delegate count, while Nate Boulton, Cathy Glasson and Fred Hubbell each have sizable amounts of delegates each.

The vast majority of counties, however, did not break out into gubernatorial preference group, instead electing delegates at-large. Most of the state’s largest counties, including Linn, Scott, Black Hawk, Woodbury, Pottawattamie and Dallas counties, did not do preference groups.

You can visit Starting Line’s running spreadsheet of results here.

While the majority of delegates heading to the state convention will not be officially aligned with a candidate, most people elected as non-aligned and uncommitted delegates are backing a specific campaign. 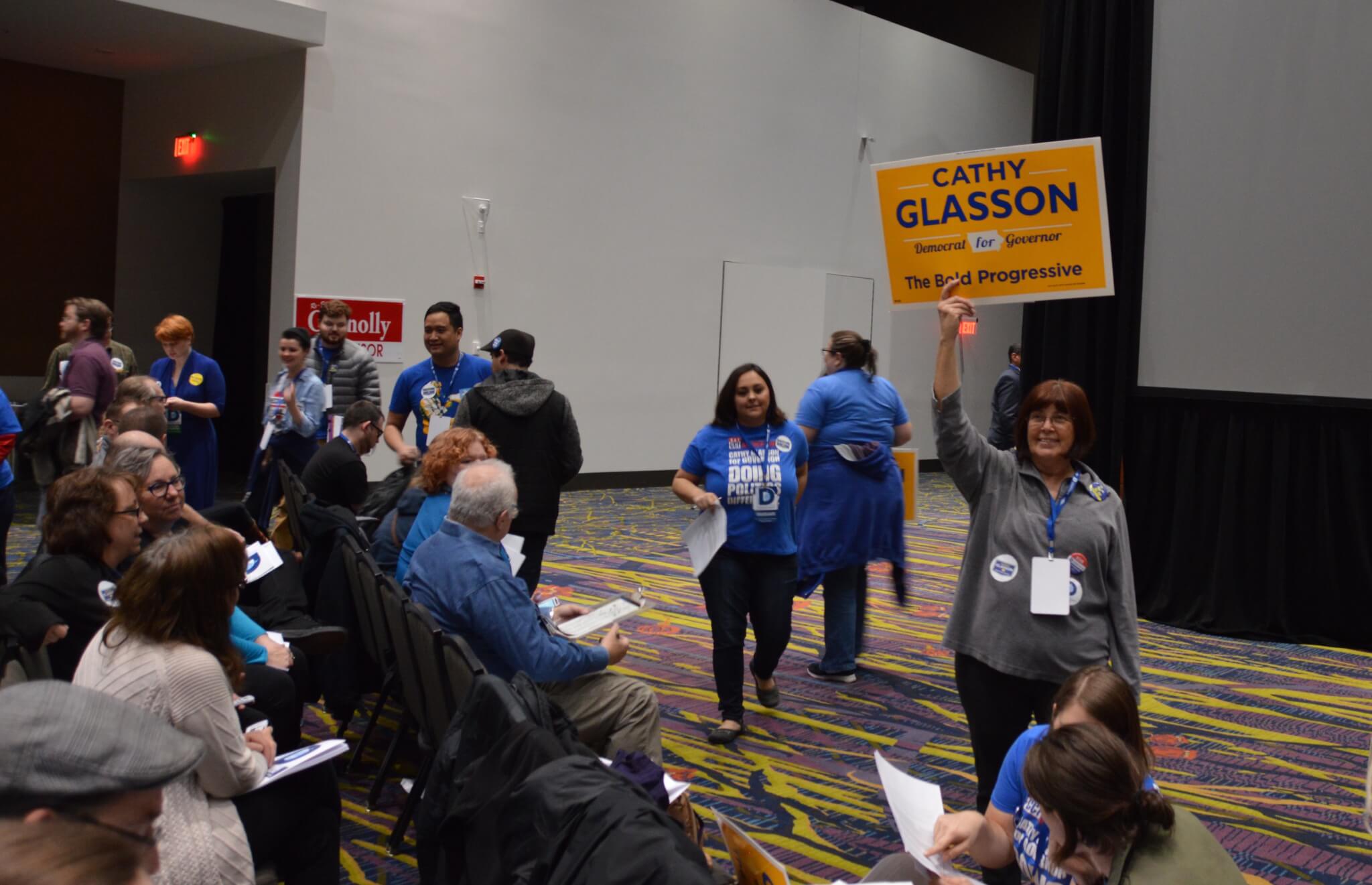 Individual campaigns will likely know how well they did when they review the names of all the delegates around the state. 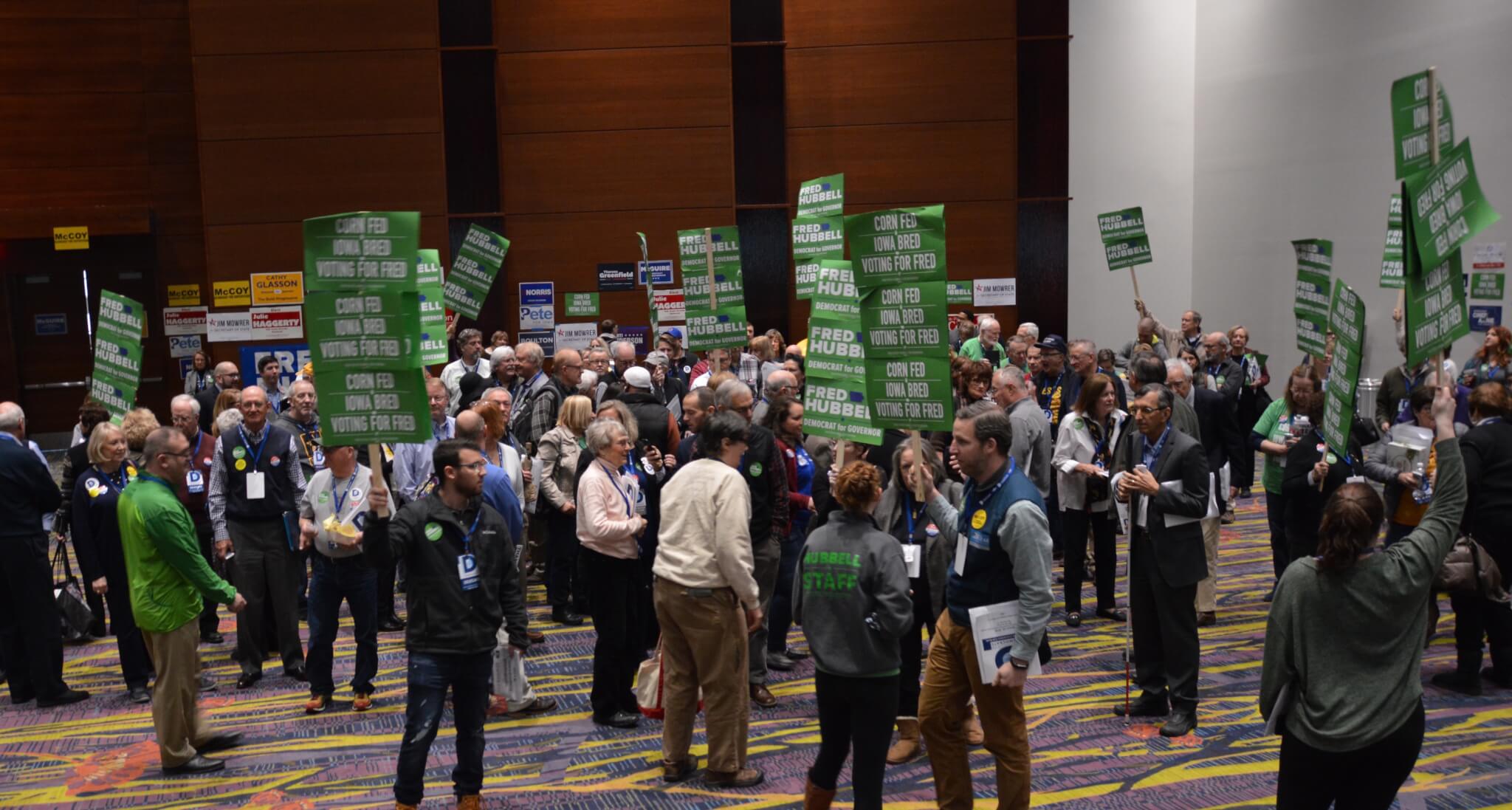 Considering the Hubbell campaign’s strategy was to specifically not do preference groups, the fact that major counties like Linn, Scott and Black Hawk didn’t get the mere 15% necessary to break out means they probably did well there. From anecdotal accounts across the state, both Boulton and Hubbell appeared to do well with the non-aligned delegates. But, of course, we won’t know that for sure until the state convention.

As for the publicly available information, it appeared to be a good day for Boulton’s campaign. Starting Line spent the day in Polk County, where Boulton formed the largest (and loudest) group by a wide margin. 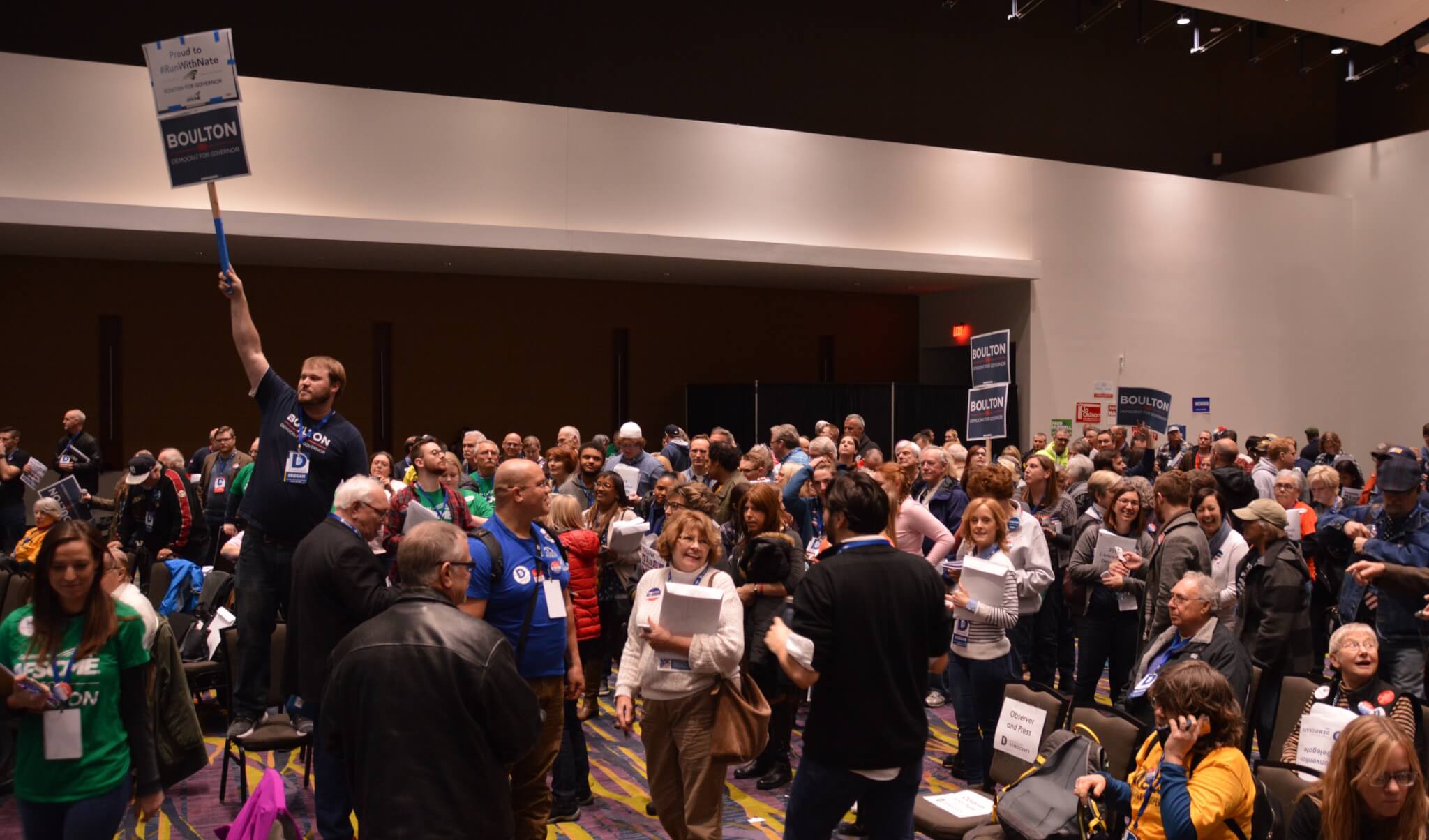 Both Norris and Glasson just barely missed the 15% viability threshold in Polk. For part of the realignment period, both candidate groups initially considered joining the Uncommitted group, which began as viable. But in a classic case of caucus strategy, most of the Norris and Glasson groups combined to make Glasson viable and then they evenly split their elected delegates between Norris and Glasson backers (delegates don’t have to stick with their candidate group at the next stage in the convention process). Hubbell’s group took in a small portion of the Norris contingent in return for two delegate slots.

Those maneuvers kept Glasson viable, but it also meant that half of her delegates to the state convention from Polk County will likely break off to Norris upon first alignment there. Then again, that partnership today might endear some of those Norris folks to come back to Glasson in case Norris isn’t viable at the state convention. 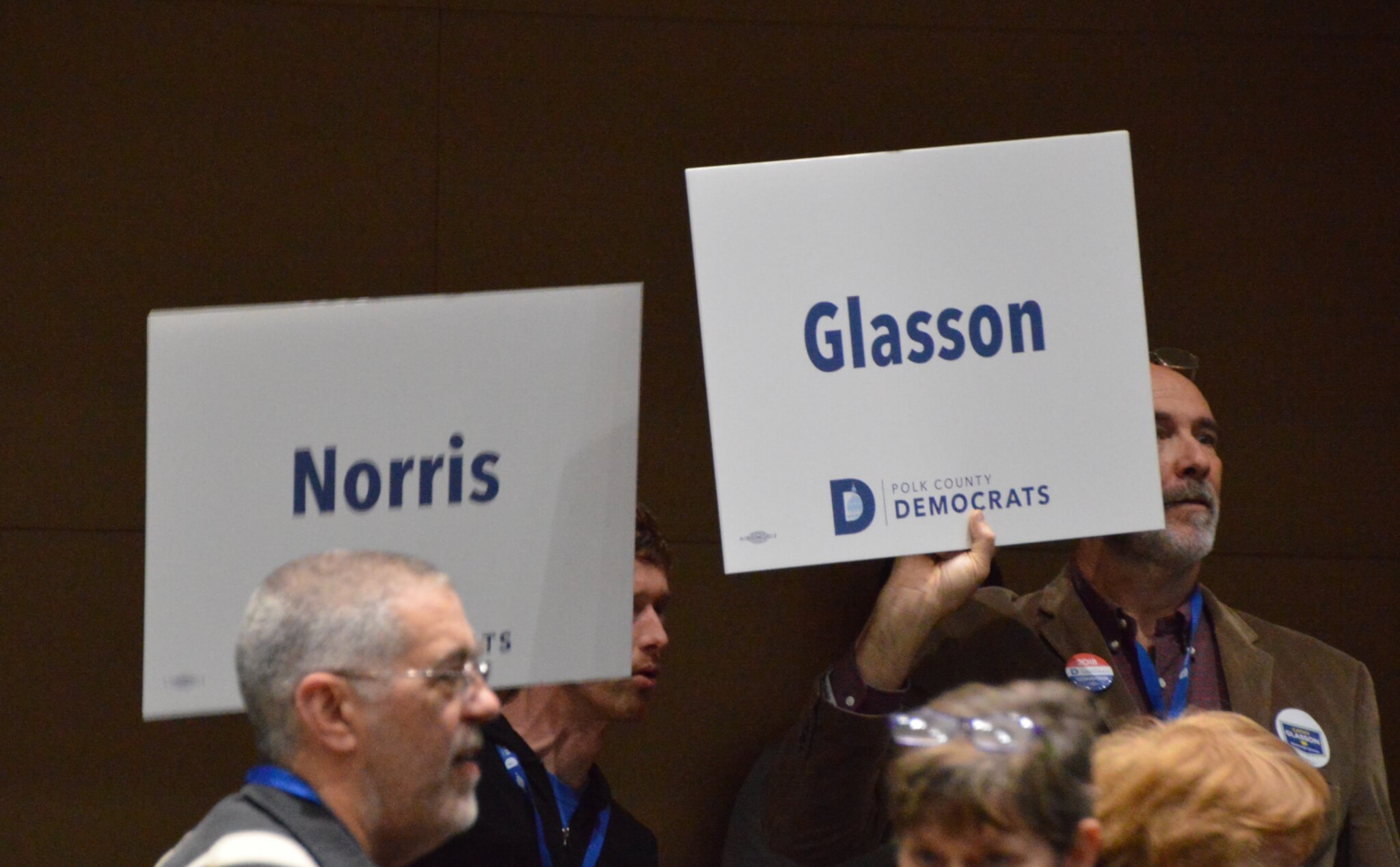 The final delegate breakdown from Polk County was:

Another major battleground was in Johnson County. Their initial alignment only had Boulton and Glasson viable, with Hubbell and Norris just missing viability.

Norris and Hubbell ended up joining together into an Uncommitted group, making that one viable. As was the case in several counties, there were internal negotiations in those groups to select a certain number of Uncommitted delegates that were roughly proportional to non-viable candidates’ supporters in it.

The final delegate count for Johnson County broke down as such:

Glasson’s campaign touted their delegate numbers from the precinct caucuses on February 5, when she received the most county-level delegates of any candidate – 193 in the party’s count as of mid-February (Boulton was next with 87. A few dozen extras remained to be verified at that point). However, the much larger number that night was 5,068 – that’s how many delegates remained as non-aligned or uncommitted heading into county conventions (the vast majority of precincts did not break out into preference groups). 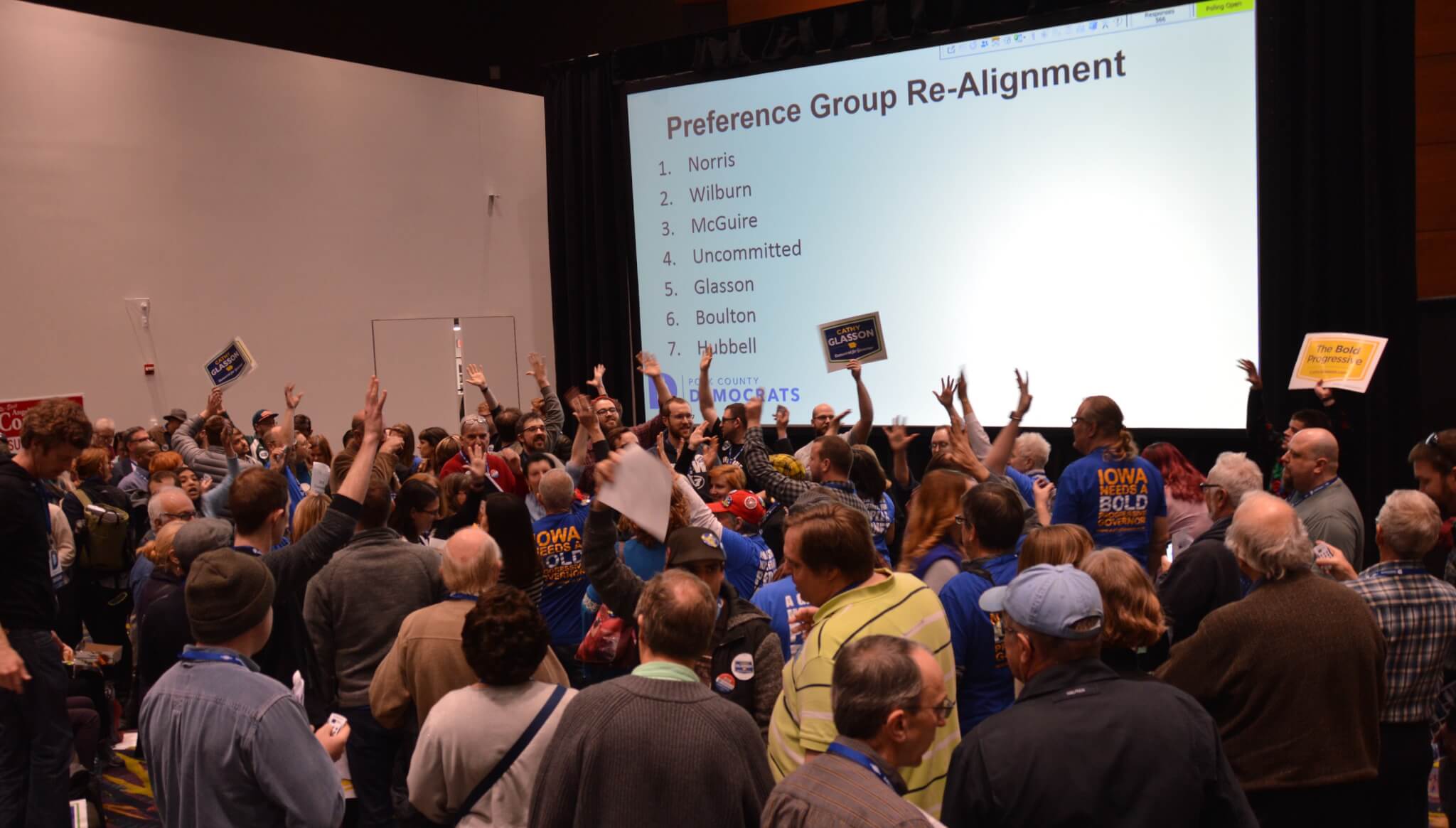 It wasn’t clear at the time who those people would end up supporting. And since Glasson explicitly pushed to get preference groups at the precinct level, some more careful Iowa analysts figured that initial number wasn’t a great sign for Glasson – were her support more broad, she would have achieved the 15% necessary for preference groups in more places.

That could also be the case today – Glasson got decent delegate totals in a couple counties, but most places didn’t break out for governor. And since Boulton surpassed her total in this stage of the conventions, that may point to a large number of those uncommitted/non-aligned delegates actually being for Boulton.

Glasson did, however, do particularly well in certain areas like Story County, where she won 15 delegates to Uncommitted’s 9, Hubbell’s 7 and Boulton’s 6. And there was also a small warning sign for Boulton – his group in Polk and Johnson counties picked up very few extra supporters in realignment. Delegates’ second choices could be very key in a contested state convention.

The Polk County convention was also notable for what it was not: a mess. The 2016 convention became infamous for the confusion, anger and division that reigned that day between Hillary Clinton and Bernie Sanders supporters. This one was pretty tame, even if delegate selection for each group stretched late into the afternoon.

One improvement was a clicker system that made voting quick and easy, rather than raising hands and counting off each person. 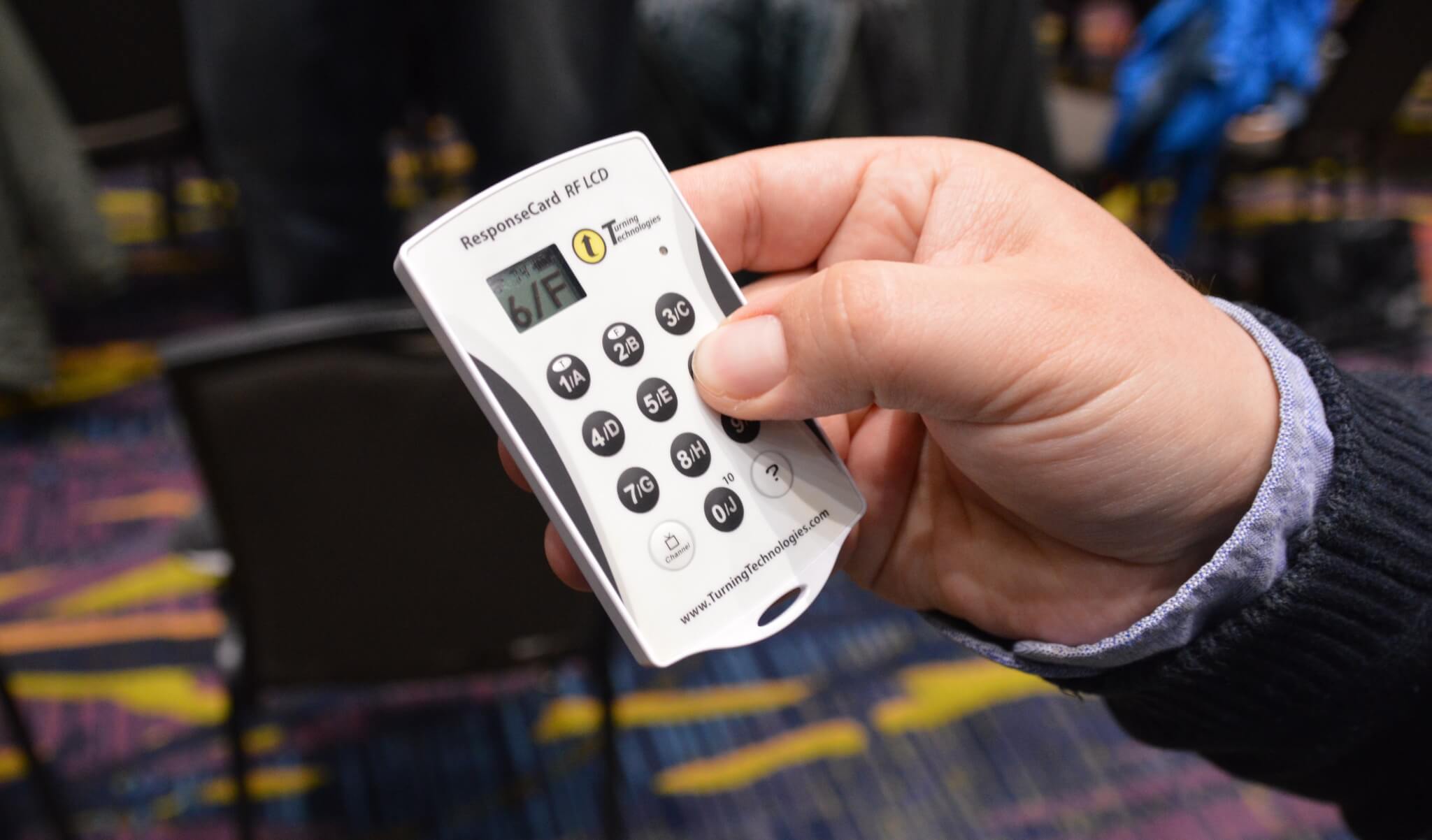 The next step in the convention process is the congressional district conventions on April 28. Those are important for electing SCC members, but have no impact on the governor’s race. The state convention will be held June 16, a week and a half after the primary.