From the time he learned English as a young kid, Jorge “Junior” Ibarra was frequently called to translate for his Spanish-speaking parents.

Sometimes, the stakes were low. At parent-teacher conferences, when his teacher would say that Ibarra was a frequent talker and getting in trouble, “I’d turn around and say, ‘Mom she thinks I’m a great student,'” he said, laughing.

When it came to buying a car or even a home, areas such as financing terms, interest rates, and more—already a foreign language to some native speakers—were nearly impossible for a child to understand, let alone convey.

“I had no idea what I was translating,” Ibarra remembered. That was especially difficult when his parents bought a house: “Real estate English-to-English is already hard enough. But I was supposedly translating.”

As Ibarra grew older and began investing in real estate himself, he realized Spanish translators were still few and far between during such large transactions. And, more frequently than it should, that translated into bad deals.

Financial institutions seemed to take advantage of the language barrier—and their clients’ lack of full citizenship, in some cases—by diverting borrowers into accepting riskier loans or terms. Ibarra talked of people he knew who were encouraged to buy houses on contract with interest rates that would rise every year, or predatory balloon clauses that mandated refinancing within a certain time, all not clearly explained.

“Unfortunately, some of my family members have lost their houses because they had probably that 12- or 13-year-old translator, and they didn’t know what they were buying,” Ibarra said.

In 2014, he started Ibarra Realty Group, a Des Moines-based team within real estate brokerage company Keller Williams that not only treated those types of customers fairly but actually spoke their language. It was the first place in Iowa, and a rarity around the country, that focused exclusively on non-native Latino residents who were on the path to citizenship.

“You can still buy a home as long as you’re filing taxes,” Ibarra said. “That has changed the game because you no longer have to buy on contract if you don’t want to, and it’s truly creating an awesome opportunity for the immigrant communities.”

Now, immigrants like Ibarra’s parents could purchase homes fairly. But they also wanted to start their own businesses—to not only live but thrive. Here, too, they were facing issues.

“First and foremost, there’s no loans” at all on the commercial side, Ibarra said. That meant would-be business owners were socking away tens of thousands of dollars just to jump that first hurdle of opening or expanding their business.

And when they finally save up enough for a lease, “they’ve been taken advantage of,” Ibarra said, just like on the residential side. “They’ve signed leases (where) they didn’t know what they’re signing.”

That’s where Manny Toribio comes in.

Toribio has experience and connections on the government side, working for and with cities and learning the ins and outs of applying for things such as small business loans and tenant law. He and Ibarra first connected on the board of the Latino Center of Iowa and realized they could combine forces for good.

“Is (this) type of business allowed? What requirements would there be? What about fire escapes, or landscaping?” Toribio said. “These are all different costs that have to be thought through and communicated to them, because sometimes when they just see a contract to sign the lease … they’re gonna burn through that in the first year with things they didn’t realize they were going to get into.” 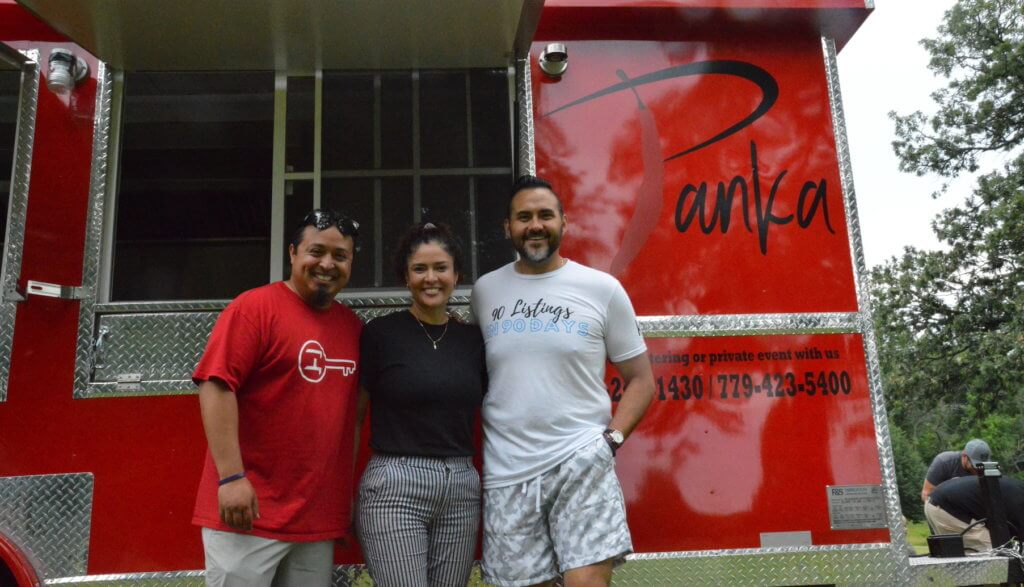 Maya, a former real estate broker herself, said she was referred to Ibarra Realty Group. She said the pair was “great, very helpful and professional,” and noted she recommended them based on their attentiveness.

“It’s very important that, if you need them, they are able to answer your questions, and they were there all the time trying to help—and that is important,” Maya said. “They are not like, ‘I will call you back,’ and then never call back.”

At conferences, in more heavily-Latino places such as Dallas, Ibarra fields questions from like-minded realtors wanting to tap into the new, fast-growing Latino market. He and Toribio also have worked with credit unions, who they say seem much more willing than traditional banks to try new ways of getting underrepresented populations adequately financed.

“Everybody is just surprised this is happening, at this level, in Des Moines,” Toribio said.

It’s a struggle, both acknowledge. But they’re intent on doing it right—and tapping into a large and exponentially growing market.

“Latino buying power is going like this,” Ibarra said, his arm raised. “The big, big companies are paying attention, doing what they need to do, and hiring a lot of bilingual talent or Latino talent. But when I see the real estate commercial world, we’re in the infancy stages in that regard to being able to provide good services and products to the entrepreneurs.”

Have a story idea for me? Email amie@iowastartingline.com. I’m also available by text, WhatsApp and Signal at (319) 239-0350, or on Twitter at @amierrivers.