Moderator Yeshi Abebe seemed taken aback by the response and turned to Thompson for an answer.

“I don’t understand how somebody running for administration right now with any kind of law enforcement agency doesn’t even know what 8 Can’t Wait can be. Dan, you ought to be ashamed of yourself,” Thompson said, continuing to berate Trelka before answering the question.

Abebe listed the use of force changes encompassed by 8 Can’t Wait for Trelka: Requires de-escalation, use of force continuum, ban chokeholds and strangleholds, require warning before shooting, ban shooting at moving targets, exhaust all alternatives, duty to intervene, and comprehensive reporting.

“I would be supportive. It sounds like a new fad,” Trelka said before telling Thompson to control his temperament and stop causing division between the WPD and Sheriff’s department. “We need to treat citizen’s with dignity and respect. I’ve exhibited that with every position I’ve held. When we talk about de-escalation, that’s another current fad. Years ago, it was called verbal judo … It’s a new fad. Yes, I like it, I embrace it. But I want to study it more. Latest fads aren’t the silver bullet to correcting the woes we have in society.”

Really? Which principle of 8 Can’t Wait is a “fad”? Surprisingly, his answer went unchallenged.

But not the next one.

“Sheriff Thompson took the lead in making sure that our communities were safe, especially given the fact that COVID was spreading at the Tyson packing plant,” said Rev. Dr. Creighton-Smith. “With your hesitancy to issue a mask mandate, can we be assured that you would close Tyson and speak the truth and speak to the power as Tony Thomspon did at a time when it was critical and had he not done so, more people would have died than died already in my community?”

“Sheriff Thompson caused a spectacle with it. Tyson reached out to me because they wanted to have a conversation with a politician that was reasonable and I worked with them. I’ve never seen a company respond as fast to a critical incident by requiring face masks, putting up the shields. They were at the forefront at setting the example of what companies should do. And I’m not against masks. What I’m against is criminalizing not wearing a mask.”

“Many of the members of the community reached out to me. And it wasn’t until I made several news reports on CNN, MSNBC, and other stations to implore Tyson to do something, they were not quick in responding at all, and it wasn’t until our community leaders like Sheriff Thompson, BHC Health Department director and my son, Ras Smith, and others wrote a petition to Osha, to get Osha to go in and close them. So no, Dan, that is not true. They did not respond right away. But I do know that they have signs out there promoting you for Sheriff, which I think is a conflict of interest.”

Tensions remained high throughout and rose to the surface again when each was asked how many lawsuits their office paid out for excessive force or civil rights violations under their leadership.

“Five or six,” said Trelka. “But there’s a process in place. And you need to ask our council members and the mayors that were in charge when these incidents happened. The way insurance companies approach this is as a business, too, which disgusts me. They feel it’s going to cost them a million dollars to litigate and settle for a lesser fee, they will. Sometimes I believe in fighting these on principle because the Waterloo Police Department is a good police department.”

Trelka seems to be implying that the $4.5 million paid in police brutality lawsuits while he was police chief were unjust. In this week’s interview with Nia ShinDigg on Black Spaces, Trelka said that the murder of Derrick Ambrose Jr. (which I wrote about on Tuesday)—Ambrose was fleeing from Officer Kyle Law when Law shot him in the back of the head and leg—was justified because Law didn’t violate policy.

“Sheriff Thompson has continually been disparaging that and I’m offended by it, as do the police officers,” continued Trelka. “Yes, they’ve paid out. But the Waterloo police department was responding to almost 90,000 calls/year in 2009. Sheriff’s department responds to about 8,000 calls per year. The exposure is much greater with the Waterloo Police Department.”

“Your answer is false. Your answer is absolutely wrong,” he said. “Your exposure is not greater. Because we hold every single person that you arrest. The jail has the highest liability of any law enforcement position in the county and so most, if not all, of our liability exposure and complaints come out of the jail. However, we don’t hold a candle to the ones that you have implemented and you have experienced while you have been chief … Never once have I pointed out officers. This is about your ineptness and your inability to take charge … to answer the question, we’ve had very few. We have not had five or six or ten or whatever and we certainly have not paid out $4.5 million in lawsuits and we do take the same approach.”

Trelka was allowed a rebuttal.

“I’m a good leader. And I venture, I ask anybody watching, talk to a Waterloo police officer. If you talk to one, make sure you talk to two or three. Talk to a Waterloo firefighter. Talk to a county sheriff’s office employee. I’ve got 60 to 80% of the employees backing me at the Sheriff’s department. So for the sheriff to say they’re concerned about me coming over, he’s a bald face liar.”

When it came to the question of how each candidate was going to assist or support in dismantling of systemic racism within the judicial system, neither answered the question directly.

But Trelka’s answer was odd.

“There’s more than the law enforcement component involved in the criminal justice system. This is going to take the effort of defense attorneys, the prosecuting attorneys, law enforcement. There needs to be discussions. One thing I’d like to see, I’m for the legalization of marijuana.”

Trelka goes on to explain he’d donated a kidney and after pain medication he was on gave him nightmares and had to discontinue it, he wished for marijuana prescription. He returns to the need for discussions.

“I’m going to listen to these defense attorneys. Doesn’t mean I’m going to take action. But if it’s logical and sensible to me, we’re going to do it.”

“The opportunity is now” said Thompson, calling out Abebe and others on the call and stating they’d been talking about it for years and mentioning that change is occurring now. He added that if you want change “the change starts with you” and that his role is “to be the champion of that change, of not being afraid to stand up and say I am willing to be the change that is necessary. I think we emulate that through the training of our officers, engaging the change makers.”

Two questions were directed only to Trelka. The first one asking him to address “Warrior Wine.” In the Nia ShinDigg interview, Trelka stated he gives a bottle of Warrior Wine as a reward when an officer has acted like a “warrior” and saved a life. 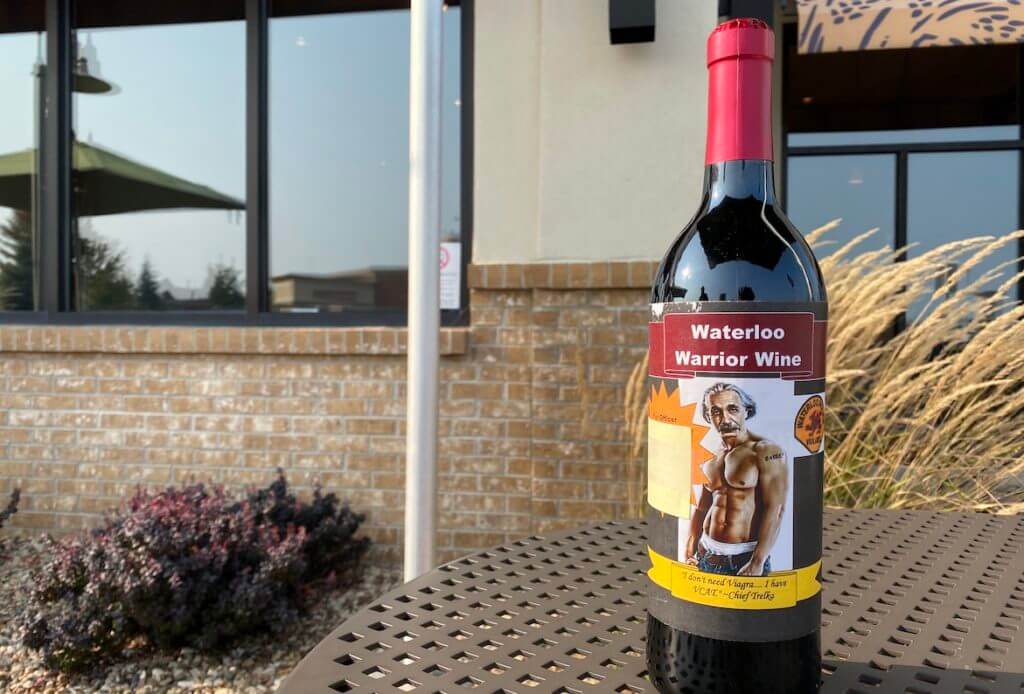 “People are trying to make warrior a dirty word,” he said. “I refuse to make it a dirty word. It’s in the bible 60-90 times. It’s the warrior mindset. Here’s how I explain it to my daughters. Generally, officers need to be guardians, but there are times when they need to protect their own life or the life of another, they need a warrior mindset because statistically they’re going to survive.”

He continued on with a specific example of the definition he gives his daughters before being interrupted and asked to address awarding warrior wine after the police shooting of a Black person.

“I don’t believe I ever used it in that context.”

The second question was regarding his reference to Arpaio (which I wrote about last week) when asked what the jail of someone with no prior sheriff’s experience would look like.