A Republican candidate running in a suburban Des Moines metro seat attended a Trump campaign party that featured a Confederate flag hanging on the wall last week. Eddie Andrews, the GOP nominee for House District 39, was at the “FreedomFest/Donald Trump Acceptance Speech Party” last Thursday, where the flag hung above the attendees inside the Farm Boy Garage.

The Polk County Democrats yesterday drew attention to a photo that one of the attendees had posted online. One of the people in the foreground wearing an Andrews campaign photo appears to be the candidate, and other photos posted on Facebook show it’s clearly him.

If Polk County Republicans wanted to celebrate Trump’s acceptance speech last week, could they have at least done it in a place that supports the side of the Civil War that Iowa fought for? pic.twitter.com/GeGMZGTph9

Videos and photos seem to show a crowd of about 100 people attending the Trump campaign’s party to watch the President’s acceptance speech during the RNC convention. It was held at Farm Boy Garage, a body shop on the south side of Des Moines. 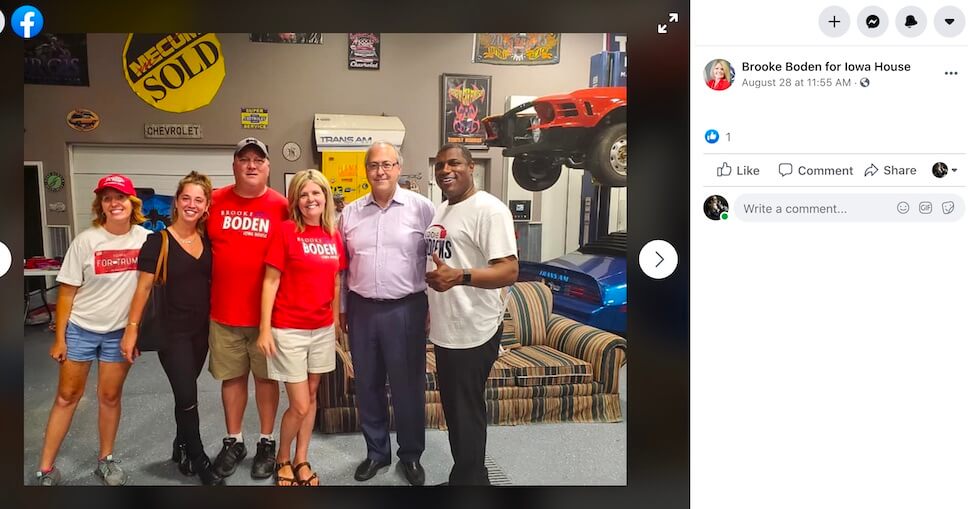 Young is not seen in a photo with the Confederate flag behind him, but he is in the same room where it was hanging. 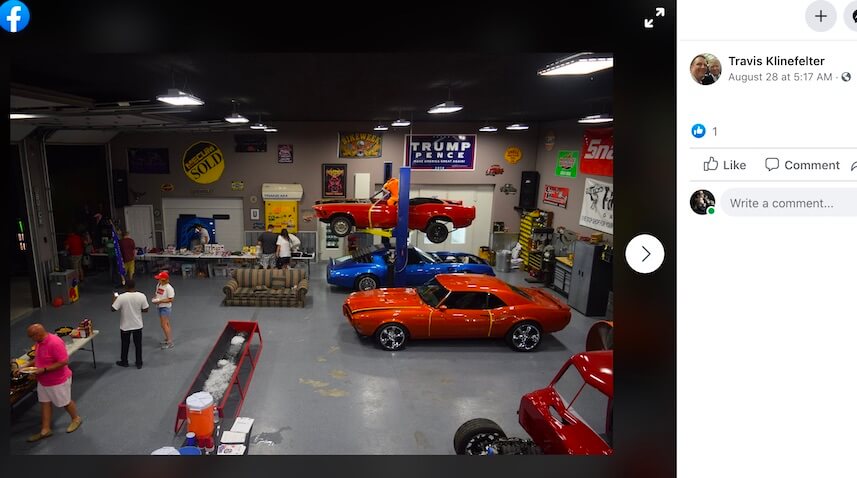 Hanging around areas with the Confederate flag or displaying it yourself is quite the minefield for Iowa (or any) politicians, as Steve King showed several years ago when he put the flag on his desk. Iowa fought for the Union in the Civil War, sending over 76,000 men to fight, or more than one out of every ten Iowans during a time when the state’s population was about 675,000.

While attending a political event where the Confederate flag is flying is problematic for any Iowa candidate, it may be particularly so for Andrews, whose Johnston-based suburban district he’s running for is the type of area where voters are particularly fed up with the Republican Party’s embrace of racist imagery and actions.

Though HD 39 was won by Trump by four points in 2016, that was a huge improvement for Democrats over Mitt Romney’s 13-point victory there in 2012. The Des Moines suburbs are quickly trending Democratic, and Fred Hubbell came just one point shy of carrying the district in 2018.

Democratic State Rep. Karin Derry ousted a Republican incumbent in HD 39 in 2018, one of Democrats’ most impressive victories of the year. Derry won by just a few hundred votes in the once-solidly Republican district, and the contest here is expected to be close again.

For Andrews to score a victory here, he’ll have to win back over many of the moderate Republicans who left the party during the Trump years. Hanging out at parties where the Confederate flag is displayed probably won’t help him in that effort.