When Steve King’s name was once trending on Twitter in late June, C.J. Petersen, the Democratic candidate for the Iowa Senate seat King once held, said he thought it’d be a good time to introduce himself to the state with a campaign video. The spot was unique among political videos in that it began in sign language.

The 30-year-old western Iowa native is running for Senate District 6, the area King held from 1997 to 2003. King’s service there was marked by filing bills requiring the state’s schools teach that the United States “is the unchallenged greatest nation in the world and that it has derived its strength from … Christianity, free enterprise capitalism and Western civilization.”

The video explained Petersen’s life with his fiancé Luke and his former struggle with alcoholism, and then went on to outline campaign priorities which include increased funding for rural schools and hospitals and an emphasis on working across the aisle.

“I’m not the typical candidate we elect around here. But that’s okay because these are not typical times. The decisions we make in Des Moines are going to affect our schools, our communities and rural healthcare for years to come. And I’ll work with anybody. I don’t care if you’re a Republican or Democrat or an Independent. It doesn’t matter who gets the credit, as long as the job gets done,” he said in his video.

Petersen’s gathered support for his run for the western Iowa seat all across the state, stirred by his social media presence.

The largest public pushback he’s gotten so far, however, has been from the other side of the state, when Republican Rep. Jeff Shipley responded to Petersen’s tweeting about the Stonewall uprising by calling him a “walking public health crisis.”

The Fairfield Republican’s viral tweet seemed to suggest insult over the Templeton resident’s weight or sexual orientation—Petersen weighs 265 pounds at 5’7” and is gay—but many Iowans voiced their support for Petersen during the interaction.

“I wasn’t calling him fat, I was calling him an idiot for sacrificing our children to the false God of gender,” Shipley later tweeted in reply, after his remarks sparked attention.

The deeply Republican district Petersen is running in includes Audubon, Buena Vista, Carroll, eastern Crawford and Sac counties, and has long elected a string of upper middle-aged white men to serve in the Senate, often without a Democratic challenger. Donald Trump carried the district by about 34 points in 2016. Petersen, who decided to run four days before the filing deadline, has been running a socially distant, grassroots campaign using his experience as a millennial phone salesman with political organizing experience in western Iowa. 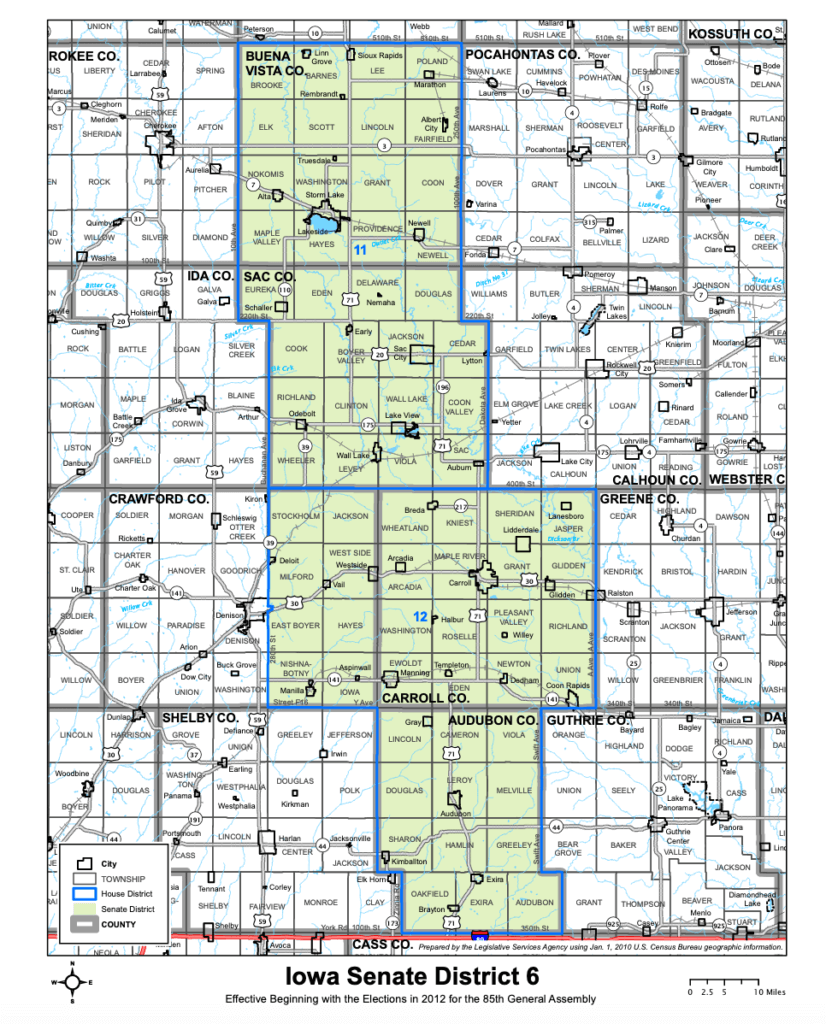 Up against Republican businessman Craig Williams in November, Petersen is looking to replace current Sen. Mark Segebart, who is not seeking reelection.

If he doesn’t win, the Templeton man said he’s happy to have pushed the district left for people like U.S. House candidate J.D. Scholten (another media-savvy candidate who on Friday held a virtual interview on Facebook with Petersen.)

But Petersen said that he never thought he’d make it to thirty years old.

After spending years in and out of the hospital because he was “drinking [himself] to death,” the candidate at 27 had spent time homeless, had been charged with a DUI, lost his job and became distant from members of his family.

His struggle with alcoholism increased, he said, after working as a full-time field organizer in 2016 for Bernie Sanders in Council Bluffs, Omaha, Nebraska and South Bend, Indiana.

“I don’t want to blame the campaign, but campaign life definitely exacerbated it. We were like, ‘We’re going to go do beers-for-Bernie and get voters,’ but really it was a bunch of us getting trashed at a bar,” he said. “We would work 12-hour days Monday through Sunday. It really exacerbated after the 2016 election. I just became a very unhappy person. And then I wasn’t drinking with friends anymore. I was drinking by myself.”

Now sober for about three years, the candidate said he’s alive because of an addiction center in O’Neill, Nebraska that would finance his treatment. Because of this experience, the candidate prioritizes affordable healthcare and mental health and addiction-care in his bid for the District 6 seat.

“I almost died, and it took almost 20 percent of my disposable income to pay for that. I wouldn’t say that I’m radical, necessarily, I don’t think that believing that everyone deserves health care is a radical idea,” he said. “It’s so important that we prioritize mental health and addiction care because there are so many people who are out there who still struggle. Going to rehab once, luckily it worked for me but I can’t afford to do it again.”

After rehab, Petersen got a job at a cell phone store in Carroll, Iowa where he met his now-fiancé Luke, a graphic designer. The candidate is currently working in sales for a home warranty company.

Endorsed early on by people like progressive former U.S. Senate Kimberly Graham, Petersen is actually a former Republican. He said he volunteered and “worked very hard” to elect Governor Terry Branstad in 2010. He also caucused twice for Mitt Romney, in 2008 and 2012.

Petersen said that his struggles with alcoholism and as a member of the LGBTQ community led him to ultimately favor progressive politics.

“It just really felt like the Republican Party and the right were just moving further and further toward a place that I didn’t want to be,” he said.

Growing up in the western part of the state, Petersen graduated high school in Atlantic, Iowa, where his grandparents owned and operated the Atlantic Bookbinding Company for nearly fifty years. Petersen’s impaired hearing was inherited genetically from his grandparents. The candidate wears hearing aids, but without them, he said he has nearly 70% hearing loss.

With little financial help from a state party focused on suburban House seats, Petersen said he’s run a lot of his campaign himself or with friends from his time as an organizer—the candidate emphasizes the Democratic Party’s need to challenge every seat.

“I write my own copy. I write my own op-eds. You know, I write my own personal and social media. And to me, that makes me accountable to the people I want to represent. And so if I write something stupid, that’s on me,” he said.

Some of his former colleagues from the Sanders campaign is helping Petersen with his bid.

“We’ve had an amazing grassroots online fundraising mobilization. We’ve got people signed up to volunteer and make calls and send text from New York. California. Missouri. Yeah … We’ve been able to attract people who really believe in the idea of fighting for every seat,” Petersen said.

He’s also using his background as a Republican to appeal to his largely conservative District. Petersen said he’s been surprised by how well his campaign video has done with residents. The candidate’s father is also a Republican and a “big Trump supporter” but donated to Petersen’s campaign.

“We can sit and have a civil conversation and we can disagree, but it’s really odd how much we end up agreeing on things.”

Petersen had always looked to run for office but let go of his dreams after coming out as gay and struggling with alcoholism.

But Petersen said that because of those struggles, he’s better positioned to serve now.

“I am not that person anymore and I didn’t ever want to run for office anymore … and then I thought I’m in a better position now to help people than I ever could have been. I think my struggles and the things that I went through—I’m actually prepared now to serve the people that I seek to represent. And I think without some of these experiences I’ve had, I wouldn’t have gained a lot of empathy and willingness to reach out and meet people where they are.”