This weekend, at presidential candidate events and forums throughout central Iowa, economic injustice against communities of color was a reoccurring theme — including discussion of homeownership disparities between black and brown families and their white neighbors.

At an NAACP forum in Des Moines and later at town halls and an office opening in Waterloo, the city with the largest percentage of African Americans in Iowa, Democratic hopefuls like Kamala Harris, Pete Buttigieg, Cory Booker and Bernie Sanders discussed income inequality in the nation, often pointing to housing as both a solution and problem to the increasing gap.

“Black home ownership is at the lowest rate since 1968 in America. And let’s talk about the significance of home ownership — we’re at an economic justice forum,” California Sen. Kamala Harris said at the Des Moines branch of the NAACP-hosted forum focused on economic progress within African American communities.

“When you look at the issue of black home ownership, let’s put it into the context of intergenerational wealth,” Harris said, Saturday at Drake University. “One of the greatest sources of wealth in any family, passed through generations, is that of a home.”

Harris has announced a $100 billion housing plan to lessen the gap. Her proposal provides up to 4 million households with a $25,000 federal grant toward closing costs or a down payment on a home.

“If you want to be a part of the solution [to the racial wealth gap], it is to help families own homes,” Harris said. “And when you do that, you build communities, communities that thrive.”

Communities of color can then use their homes to help other financial needs, she said.

“So when our children say, ‘Mom, I want to go to Howard University,’ a mother can say, ‘Honey, you don’t have to take out that predatory loan from that private loan servicer; I’ll take equity out on my home to help you pay for tuition,’” Harris said.

He then referenced his proposed Douglass Plan, which tackles housing inequality by dismantling racist structures. The plan includes the creation of a new “Home Ownership Fund,” a Department of Housing and Urban Development task force to revitalize neighborhoods subject to historic discrimination, allowing eventual ownership of land to qualifying grantees.

The candidate said the nation needed to put resources into addressing economic inequality because inequality compounds itself, so acting quickly to remediate the “generational wealth of the generations of black Americans that was stolen” was necessary.

“The idea of the Douglass Plan is to recognize that it would take intentions and it would take resources to dismantle systemic racism in this country. You cannot replace a racist policy with a neutral policy,” Buttigieg said. “The racial income gap … reflects the fact that access and inheritance are a huge part of how people get ahead.”

He mentioned housing when talking about healing communities of color — how the unification of neighborhoods would build economic and political strength. Booker said he helped take down some of the most powerful slumlords in Newark by unifying the community around fair housing practices.

Booker also mentioned his proposed tax credits during the town hall, allowing renters to deduct a certain percent of the rent they pay from their federal income taxes. The plan, meant to help low-income residents, would give a credit worth any amount in rent they pay over 30% of their income.

Another one of Booker’s housing plans is tied to an income equalizing strategy called “baby bonds,” which would give every child $1,000 at birth in bonded savings, subject to additional contributions based on income to help with wealth growth strategies like homeownership. Though the candidate didn’t mention the proposal at his event, attendees were aware of the plans. 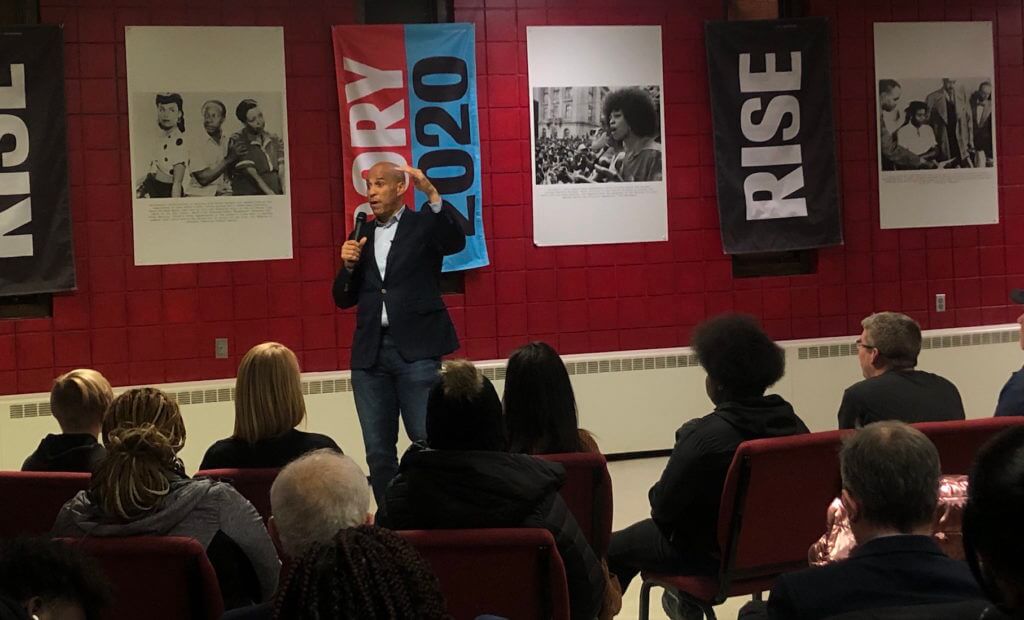 “Access to capital is what is going to make a difference in black neighborhoods all across the country,” said Terrance Hollingsworth, a commissioner on the Waterloo Commission on Human Rights.

Booker was also in Waterloo to open a new field organizing office, located down the street from Jubilee church in a home owned by Hollingsworth.

After the caucus, the office will continue to stay open as a community center in the neighborhood.

“Community centers were places where I frequented myself. I used to play on the playground there, I used to go there for meals in the summertime.” Black Hawk County organizer Ryan Stevenson said. “I think what makes it even more significant is that it’s from a presidential candidate who comes from a similar area. So, it highlights the importance of things that happen on a local level in our communities.”

“Today we have a handful of billionaires who control the economic life and the political life of this nation. Meanwhile, tonight, half a million people are sleeping out on the streets. So, what our campaign is about is changing the priorities of the federal government,” Sanders said, at a Union Missionary Baptist Church town hall. 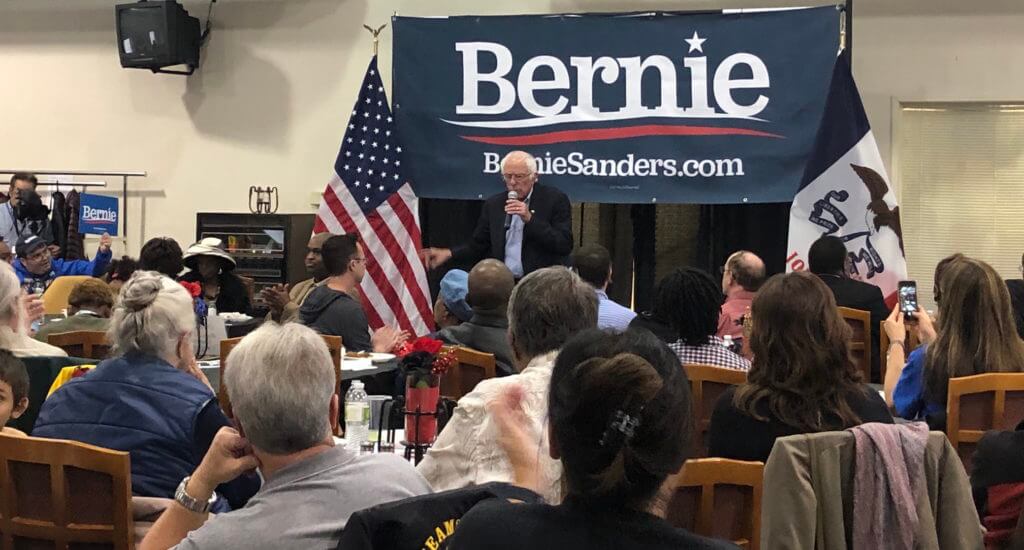 Joyce Wilder, a caregiver from Waterloo, said she would caucus for Sanders because he talked about the struggles of low-income communities, like housing.

“I like a lot of things he’s said. He’s about the best one that I’ve heard so far because of the way he directed his concerns to the low-income people,” Wilder said.

Sanders’ emphasized his commitment to a fairer distribution of wealth with comments like, “Affordable housing is a human right,” later in the day at a Blues Fest held by Americans for Democratic Action.

Rosetta Robinson, a retiree from Waterloo, at the Sanders event, said housing was one of the biggest struggles in the city, especially for people of color.

Robinson lives with her mom in a one-bedroom apartment.

“It’s hard for me to even find a place,” she said. “The house and apartment is too high for low-class people like me, it’s just too much. It’s too expensive.”