Rod Blum isn’t very subtle with his closing message for his reelection campaign. A new TV ad that appears to have started running today repeatedly hits challenger Abby Finkenauer for saying, “I legislate with my heart too much.” But it’s the first few seconds that will grab people’s attention and could cause backlash.

Right after the ad shows Finkenauer saying the line on the floor of the Iowa House, an image of three heavily-tattooed Hispanic men pop up on screen over her:

Blum claims that Finkenauer “put criminal illegal aliens back on Iowa streets” while the image of MS-13 gang members is shown. Notably, the entire ad provides no citations for any of its increasingly outrageous accusations. But what Blum is likely referring to is the so-called “sanctuary cities” bill the Legislature passed, which was opposed by most Democrats.

There are, however, no “sanctuary cities” in Iowa. At the time, many Iowa politics watchers figured Republicans were pushing the legislation simply to be able to run incendiary campaign ads on it. That seems to have turned out to be true.

Blum is not the first Republican in Iowa this year to imply that Democrats want to open the borders to “dangerous” illegal immigrants. Senate Republicans are attacking Democratic incumbents along similar lines, usually characterizing immigrants as criminals (despite the fact that many studies have shown that immigrants commit crime at a lower rate than the rest of the population). 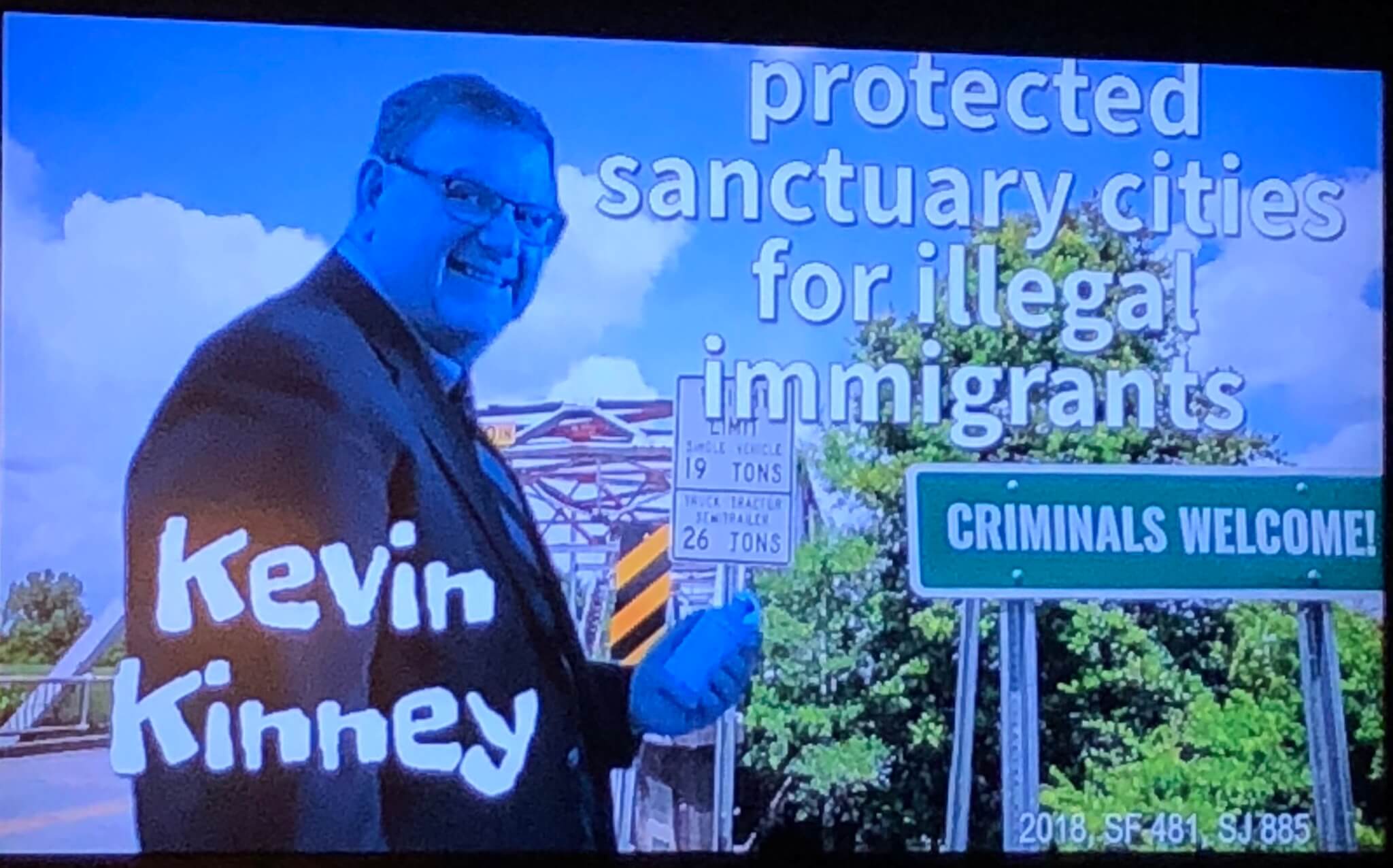 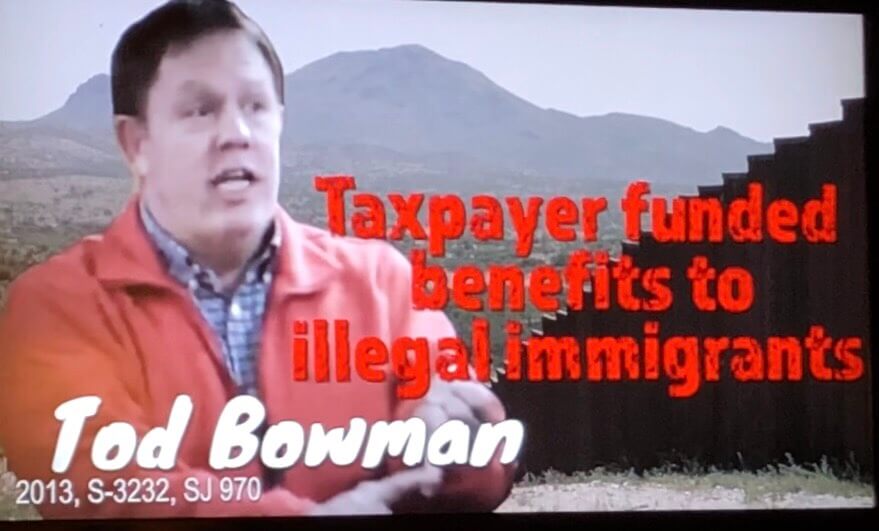 But this anti-Finkenauer ad is different. Blum knows exactly what he is doing by putting up the images of scary-looking brown people on TV to attack his opponent. He knows very well the kind of racial resentments he’s trying to take advantage of in order to win a campaign. And he’s certainly aware of how much the 1st District swung to Republicans in 2016 after Donald Trump ran his presidential campaign on a host of race-baiting issues.

No, Blum wants to scare voters into thinking Hispanic immigrants are a bunch of dangerous criminals coming to America to harm you. It’s an ugly way to try to get reelected, but hopefully this specific ad is so obvious and over-the-top that it will end up backfiring.