The mood at the Democrats’ Jefferson Jackson Dinner last weekend was electric. Each campaign went all-out to provide Democratic activists an entertaining spectacle and show of organizational strength. How did it compare to the many Republican multi-candidate events that Starting Line has also attended? To use a phrase of the former GOP front-runner, those Republican ones have felt a little “low energy.”

Why the difference? Well, for one the Democrats seem like they’re actually trying to win Iowa. I’m not so sure many of the Republicans are.

There doesn’t seem to be a big difference in the enthusiasm from the voters. Both rank-and-file Democrats and Republicans seem excited about their field from the turnouts witnessed at individual candidate events. And both Bernie Sanders and Donald Trump are bringing in motivated supporters new to the caucus process. But most of the Republican candidates seem to still prefer a cautious approach to Iowa, even at this late of date.

The most glaring disparity is in staff size. Democrats always build larger caucus operations, heavily focused on field organizing, than Republicans do, but the difference is absurd this year. Clinton reported having 78 field staff in September, but I’m rather positive they number well over 100, with another 100 or so fellows (who work with full responsibilities alongside paid staff in the offices) on the ground. Their campaign offices in Western Iowa hold six to nine staff/fellows each. And that’s not counting their headquarters staff, another couple dozen. Bernie Sanders reported over 50 field staffers a while back, and Martin O’Malley has 33 staff on their Iowa team.

On the Republican side, Trump has the most with a dozen, maybe one or two more. Jeb Bush, who was considered to have one of the more professional operations, has 10. Marco Rubio only finally hired a state director last month (this being the campaign that says field staffs and even field offices are a thing of the past). Most of the others have a skeleton crew, just enough to keep up the political outreach efforts, plan events and coordinate what volunteers they have.

Again, Republicans always have smaller Iowa Caucus payrolls, but they’re missing a real opportunity here. The Iowa Poll taken last week showed a full 78% of likely Republican caucus-goers still not set on their candidate choice. Democratic staffers work every day getting voters to sign caucus commitment cards for their candidates. If you don’t have many people to make calls or knock on doors, when do these conversations happen when you nail down supporters? Right now it seems like Iowa Republicans are just floating through each month with the ups and downs of the news cycles.

The lack of staff has particularly hampered surging candidates’ ability to capitalize on their new-found success. Carly Fiorina shot to stardom after breakout performances in the first two debates, but has failed to keep up the momentum, largely due to her small campaign infrastructure both nationally and locally.

Visits to the state aren’t everything, certainly evidenced by Rick Santorum, Mike Huckabee and Bobby Jindal’s failure to catch on in the Iowa polls, despite spending the most time in Iowa by far. But the others, those who have a real chance of winning the nomination, aren’t doing themselves any favors with light travel schedules.

Carson’s rise was first evident back during the State Fair, when he drew the second-largest Republican crowd. And then he didn’t return to the state for nearly two months. He spent part of October on a book tour, suspending his personal involvement with the campaign. And he’s skipping RPI’s big event tomorrow.

Marco Rubio is on the upswing now, but has spent only six days in Iowa throughout September and October. Jeb Bush did only a single two-day swing in September and another three-day in October, before his presence at tomorrow’s event. Scott Walker, despite dominating the early Iowa polls, held off a campaign launch and could have traveled Iowa in the summer more extensively to lock in support. We know how that ended for him.

The three Democrats are typically in the state every other week, often with multi-city, multi-day swings. Hell, even Will O’Malley, Martin O’Malley’s son, has outdone almost all of the Republicans, spending 44 days in Iowa so far.

Cruz was the first to jump in back in late March, and often partakes in multi-day swings through Iowa, more recently getting out to smaller counties. And yet even with him, his staff presence here has been comparatively small. Perhaps in his case, the extensive networking inside the evangelical community has offset this. Still, with as many potential volunteers his campaign seems to find, wouldn’t you want more staff organizing them on the ground on a day-to-day basis? And he’s one of the few candidates who has a reliable fundraising stream to keep them all employed.

Oddly enough, the candidate many thought would be the least serious has taken Iowa more seriously than any other. Trump commands the largest staff and visits the state about as frequently as you’re ever going to get out of Donald Trump. He’s approaching Iowa like a real contender, and won’t completely wipe out from a couple bad weeks like others have. He may lose his lead for a while, but he’s got a core group of supporters sticking with him, partly because his team organized them. But again, he has unlimited funds, and could be doing more.

And on the less tangible aspects, Democrats far outpace Republicans on providing spectacle. I mean, Hillary Clinton brought Katy Perry to the JJ Dinner. How cool was that? Bernie Sanders held a large concert out in Davenport the night before. And Clinton has brought in surrogates like Madeleine Albright to visit local house parties. Those are all examples of candidates who really want to win Iowa. 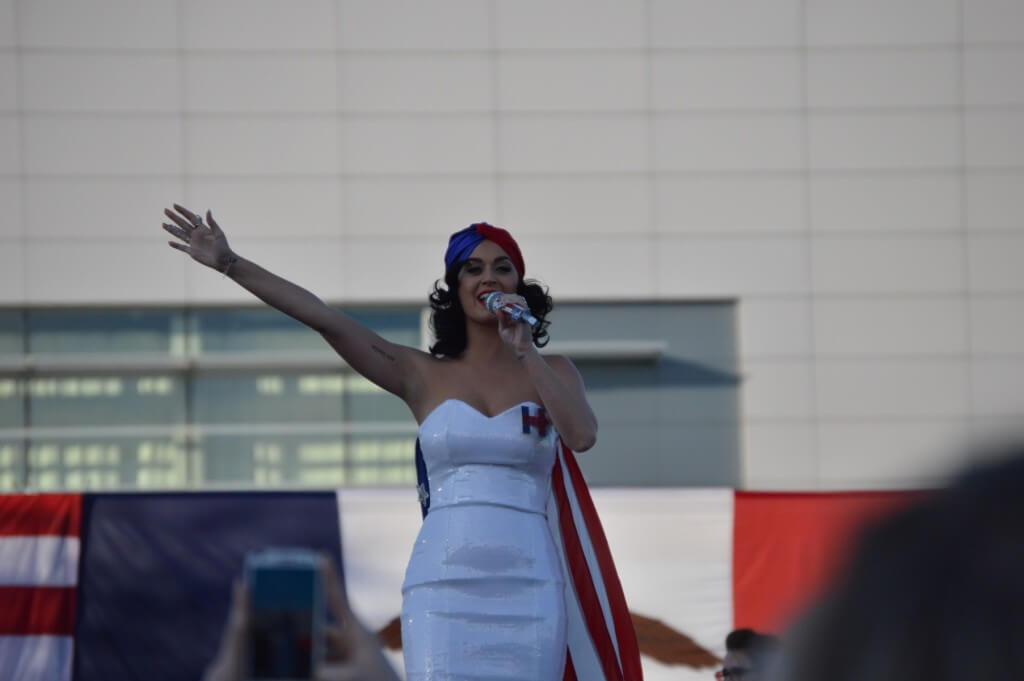 On the other side, Carson held his big family-friendly, carnival-like events. Cruz had his huge religious freedom rally. I guess Trump gives out t-shirts. That’s about it. Where are their big displays of organizational strength at the many multi-candidate events? No large banners hanging from scissor-lifts? No big-name stars to stump for you at Pizza Ranches?

I’m not saying any of these flashy things are critical to success. They’re not. But it would show they’re trying, and lead one to assume they’re similarly working hard on the behind-the-scenes efforts we don’t see much.

I don’t get it. There are 14 candidates. One of you will have to win an early state to build momentum once people actually start voting. So come on Republicans, step it up already. You don’t want to be the next Scott Walker or the soon-to-be Jeb Bush, forced from the race because you stalled out nationally and didn’t have an early state advantage to fall back on. There’s three more months. Get serious.

3 Comments on "Does Any Republican Want To Win Iowa, Or What?"