Starting Line has been out on the Iowa Caucus trail a lot recently, hitting up both Democratic and Republican events, mostly in central Iowa the last week and a half. There’s always something interesting to take out of each candidate’s visit, though oftentimes not enough to fill a full post (or I’m just too tired by the time I get home). So here’s a collection of observations and analysis of a number of caucus visits I’ve been to recently. (Also, if you’re not following me on Twitter, you’re missing out on about 50% of the reporting Starting Line does).

Trump Shows A Softer Side

In what will certainly stand as one of the more memorable moments of the 2016 Iowa Caucus, Donald Trump walked out the doors of Urbandale High School with the Homecoming king and queen in tow to speak before their dance. “You’re The Best Around” blasted from the speakers as Trump worked his way through the cheering crowd of high schoolers wearing their best suits and dresses for Homecoming. And when the Republican front-runner took the stage, he used his speech to mostly dish out life advice to the students, including to stay away from drugs and alcohol, as they’ll diminish your competitive edge in the world.

You could tell he was having fun and enjoyed connecting with the young, adoring crowd. It was one of the few instances on the campaign trail where he came off as genuinely friendly. But if you listen to Trump’s speeches closely, he can give hints as to how he’s really thinking inside. He noted that the entire trip had cost a lot of money and that after he spoke he was going to “get the hell out of here.” At this point in the campaign, a little over a week ago, Trump was still largely a happy warrior on the campaign trail, but you could still tell he’s not a big fan of leaving his New York penthouse for long. Those subtle signs add to my belief that he’ll call it quits before the first state votes. The Clinton campaign has undergone a readjustment in tone, strategy and media outreach since Labor Day, a switch-up necessitated by falling polling and approval numbers. It’s always impressive to me how certain candidates can so quickly flip a switch and turn around their whole operation and demeanor. Clinton was fiery at her event at Moulton Elementary in Des Moines last Tuesday. She seemed to bring the same passion and sharp one-liners from her Hall of Fame and Wing Ding dinner speeches to her individual Iowa events. Clinton was also more at ease in Q&A, bantering with questioners and unafraid to break major news in an unscripted way when a Drake student asked her about the Keystone Pipeline, which she responded for the first time that she opposes it. Many of my Democratic friends believe Jeb Bush would prove one of Republicans’ weaker general election nominees. The country wouldn’t want yet another Bush presidency, his brother is still too unpopular and Jeb is screwing up a lot on the campaign trail with verbal missteps. But you should see him at an event in person before you get too confident. Bush is one of the best campaigners out on the Iowa Caucus trail, as we was up in Mason City last week. He comes off as personable and knowledgeable, with a wealth of actual examples from his governorship in Florida to relate back to. He’s not overly-scripted like Cruz, Jindal and Rubio. He appears like a considerably more serious candidate than the entire rest of the field, someone you wouldn’t have difficulty imagining in the Oval Office. He also was happy to dwell on topics that the Republican audience probably didn’t care too much about. He spent a good ten minutes discussing financial aid to foreign countries, asked by an issue group representative. That type of thoughtfulness could go a long way in appealing to moderates in the general. Of course, he also made a number of questionable comments, implying that environmental conservation is only useful if humans get to enjoy it in parks and that he was proud to cut funding for sex education in Florida in favor of abstinence-only programs.

Bush can also be pretty funny, sometimes inadvertently so. Like in this clip from his press conference after his event, which easily ranks as one of my favorite moments from 2015 so far:

.@JebBush – "I'm actually really funny … [awkward pause] why do you find that so funny? #iacaucus pic.twitter.com/Jj9S9yuBxT

The Good And Bad Of Sanders’ Message Discipline

Bernie Sanders continues to perform well in polls against Clinton and the rest of the Democratic field, and a large part of that is thanks to his laser-focus on his economic inequality message, the issue currently resonating best with the Democratic base. But that’s about all he talks about. Even at events aimed specifically at a particular voting bloc/constituency group within the party, Sanders sticks to his guns. At the Latino Heritage Festival in Des Moines, Sanders added little to his typical immigration lines. In Newton he only slightly referenced the town’s outsourced jobs on a section in his speech about trade. At a Jewish Federation event in Waukee on Sunday, Sanders’ stuck completely with his stump speech for his introductory remarks, leaving to Q&A opportunities to expand on Israel, foreign policy and Sanders’ own Jewish faith. He told a brief story yet powerful story from his childhood of how he remembered his parents getting a phone call in the night about a relative in a refugee camp and how his family lost people in the Holocaust. Sanders noted how he learned early on the importance of elections, citing Adolf Hitler’s rise to power.

But it was a brief aside, as is most deviations from his income inequality shtick. It’s working so far, which is probably why he’s kept to it, but it seems short-sighted. No one is going to call Sanders inauthentic for mixing up his speech a bit for specific audiences. And it seems like one of those “cover your bases” strategies that Sanders seems unwilling to do. His campaign is making the smart effort to put him in front of so many of these audiences, instead of sticking to large rally after rally in Iowa. But he seems to be missing an opportunity to connect further.

Side note: few things are more enjoyable than following around candidates at festivals. Because you never know when a local state representative is going to put a parrot on Bernie Sanders’ arm.

.@BernieSanders proves politics isn't for the birds – "Is this what politicians are doing these days?" #IAcaucus pic.twitter.com/hpyMTe014S Or when Sanders will stop to watch a wrestling match (from the response I’ve gotten on Twitter, Sanders apparently has a very large cross-over appeal with wrestling fans):

If Martin O’Malley is frustrated with his inability to rise in the polls, you can’t tell it when he’s working his way through Iowa. O’Malley was back for a two-day swing this weekend, hitting up the Des Moines Farmers Market, the Latino Heritage Festival and a host of events in Southeast Iowa. As I’ve noted before, I see similar faces at his central Iowa events, but the ones that are there are a good set to have. Activists who actually volunteer are often happy to see O’Malley again. And new attendees typically come away ready to caucus for him. And unlike Sanders, he does a much better job of addressing the concerns of the constituency groups he greets, as he did at the Latino Heritage Festival.

O’Malley also had a little bit of fun when he spotted me yesterday, striking an impromptu pose and declaring, “I’m on the Starting Line.” Walker Exits Just As He Was Re-energized

Two days before Scott Walker unexpectedly dropped out from the presidential race, he gave one of his best performances of the cycle at the Faith and Freedom event at the Fairgrounds. I was outside with Bobby Jindal in a quick press conference when I heard a candidate’s voice booming from the stage. I looked over my shoulder and thought, “that’s Scott Walker?” and ran back inside. I don’t know how Craig Robinson from The Iowa Republican was watching the same speech I did, but Walker was excellent that night. He seemed enthusiastic, energetic and like he had the same fight back in him that he showed at his breakout Iowa speech back in January. And then it all fell apart the next day as he learned what dire financial straits the campaign was in, and that was that. It’s too bad (well, not for Democrats, who delighted in their Wisconsin nemesis’ demise). It would have been fascinating to watch the Governor claw his way back into the race with an all-Iowa effort.

Nothing new here, but just thought I’d add to the data points on the evangelical outreach front. At the Faith and Freedom event Bobby Jindal, as usual, turned in a great speech that the religious right crowd loved. And then Ted Cruz got up and gave a better one. A lot of insiders and reporters think Cruz will be the main conservative contender to beat out the more establishment candidates on caucus night, and I fully agree. Although it’s peculiar that he only just opened up his first Iowa office this past weekend. For all the enthusiasm Cruz is finding in Iowa, you’d think he’d spend more resources (which he has plenty of) to consolidate that with good organizing here. 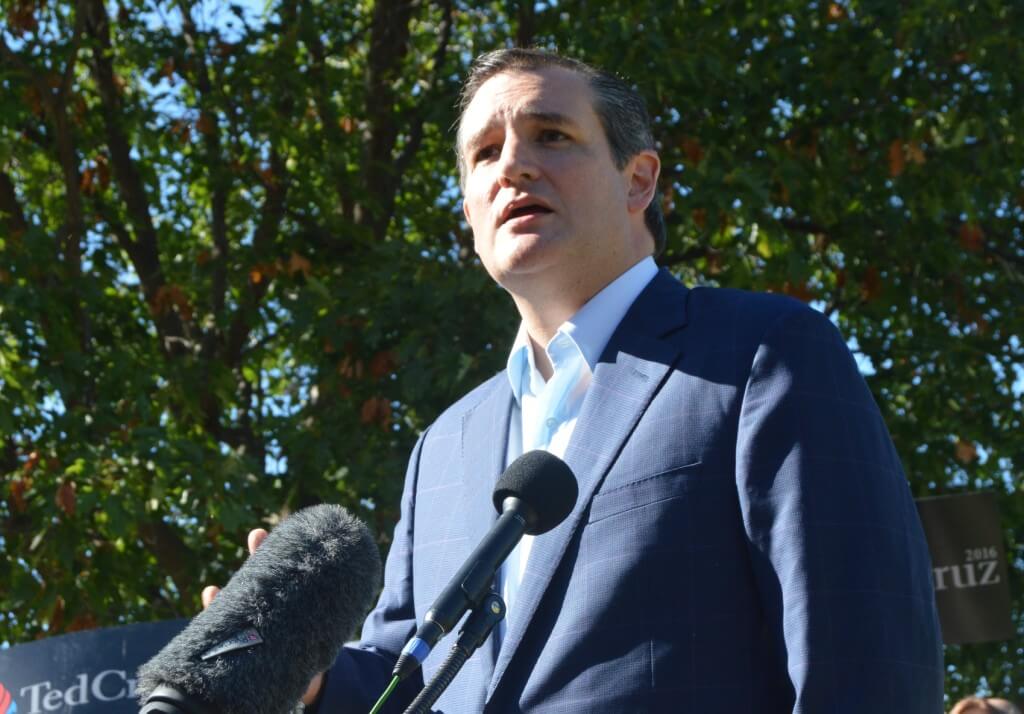 1 Comment on "Key Takeaways From A Week Of Caucus Events"