One of the highest-ranking Republicans in the Iowa Senate may not actually live in the new district he wants to represent.

Senate Majority Leader Jack Whitver (R-Ankeny/Grimes) changed his voter registration to an apartment in Grimes to run for Senate District 23; however, that unit has not used any water since February, according to reporting by Cedar Rapids TV station KCRG.

This would imply that Whitver, his wife, and their three children either don’t use water or they don’t actually reside in the Grimes apartment where he registered to vote and that is situated in the Senate District he wants to represent. 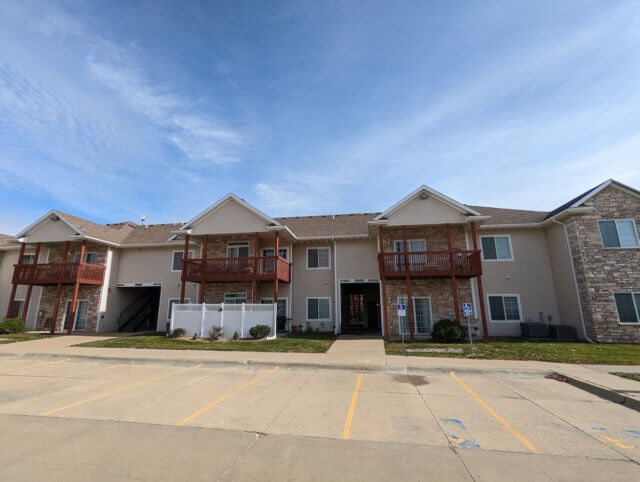 Rep. Mike Bousselot (R-Ankeny) is running in the Senate District that covers most of Whitver’s former territory and the latter previously said he would move. Whitver’s Ankeny district got more Democratic in redistricting.

Whitver initially refused to go on record with Iowa media about where he lives, but his spokesperson Caleb Hunter told the Des Moines Register that “Sen. Whitver resides at a property he owns in Grimes as required by the Iowa Constitution.”

Hunter also offered the paper proof in the form of Whitver’s driver’s license showing his Grimes address and an Oct. 10 water bill of $15.32, which includes $9.45 for water, a $5 monthly minimum, and $0.87 in sales tax.

Whitver and his wife have owned the Grimes apartment since September 2019—almost two full years before redistricting—and his $15.32 water bill is the minimum amount that service provider Thorpe Water Development Co. charges each month if a person uses less than a 1,000 gallons of water.

However, if a Thrope client in the Grimes area doesn’t use any water, they still receive a minimum bill of $5.30, which is the maintenance fee plus tax.

According to the US Environmental Protection Agency, the average American uses 88 gallons per day per person in the household, meaning the five-person Whitver household would use about 440 gallons of water a day.

After KCRG’s initial story, Whitver, who ignored previous requests for comment from the station, said he had lived in the Grimes apartment since August and released additional water bills to the TV station to prove it.

The newly released bills cover January to September; however, the January bill is for the apartment’s previous tenant—that was renting it—and it was for $99.56.

The water bill was transferred to Whitver’s name in February and his charges were as follows, according to KCRG’s documents:

To run for Iowa State Senate in the general election, a candidate has to have lived in Iowa for a year and have lived in the district they are running in for at least 60 days at the time of the election, according to Iowa Code.

Andy Suchorski of the Iowa Democrats’ Senate Majority Fund said they raised the issue of Whitver’s living situation before, but that previous dispute was dismissed since it occurred in March, which gave Whitver plenty of cushion to move to his new district.

Whitver is running against Democrat Matt Pries of Grimes. According to county property records, Pries has lived in his Grimes’ home since 2011 and it is the same address listed on the state’s official candidate list.

On Twitter, Pries chimed on the news of his opponent’s apparent lack of water usage in Grimes and wrote “This morning, at my home in Grimes, I brushed my teeth, took a shower, flushed the toilet, drank two glasses of water, poured a cup of coffee, and started a load of laundry.”

This morning, at my home in Grimes, I brushed my teeth, took a shower, flushed the toilet, drank two glasses of water, poured a cup of coffee, and started a load of laundry. https://t.co/GuOHzBaSNY

Whitver and his wife are listed as owners of five residential properties in Polk County including the aforementioned three-bedroom Grimes apartment, which is located near the Grimes and Johnston border.

Since 2012, they have owned a four-bedroom home in Ankeny that Whitver listed as his primary residence on a candidate affidavit that was filed with the Iowa Secretary of State’s Office in March and is listed on June’s statewide primary candidate list.

According to the Register, it is too late into the election process for the Iowa Secretary of State’s Office to remove state candidates on the ballot and it would be up to the Iowa Senate to decide if a member qualifies.

If Republicans maintain the Senate majority and Whitver wins re-election, he would be in charge of the agenda that decides whether or not he qualifies as a member.

KCRG’s initial story also called into question the residency of Iowa House Candidate Derek Wulf (R-Hudson/Waterloo). Wulf runs a farm outside Hudson that has been in his family for four generations but lists his residence as a home in Waterloo owned by one of his campaign donors.

While the donation was paltry—$26.03—KCRG interviewed the donor who told the TV station that Wulf rents a room from him. The donor did not specify if Wulf’s wife and two children also live in the rented room.

In May, Derek Wulf’s wife, Dresden, donated $500 to his campaign and used the address for their farm, which is outside the district.