Josh Turek represented America on the international stage and now he’s ready to represent his hometown in the Iowa Legislature.

Turek and Republican Sarah Abdouch will face off on the Nov. 8 ballot.

One of Turek’s motivations to get into the race is to improve the healthcare system for everyone, but especially for people who have disabilities.

Turek was born with spina bifida—a birth defect that occurs when the spine and spinal cord don’t form properly—and has used a wheelchair for most of his life. He works full-time as a specialty account manager for Numotion, America’s largest provider of mobility products.

Before entering politics and coming home to Iowa, Turek had a successful international wheelchair basketball career.

“I’ve been lucky to be able to piggyback off this gold medal and happy ending basketball story and use that some level of name of recognition in this space,” Turek said. 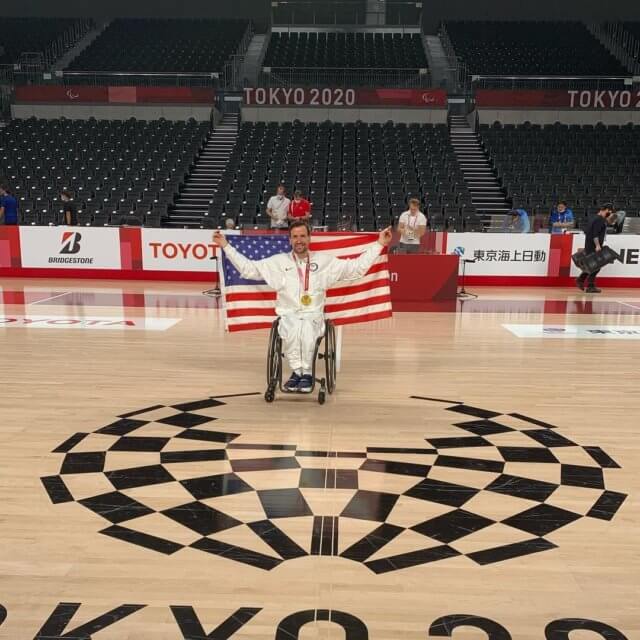 Turek is the all-time leading scorer in men’s wheelchair basketball at Southwest Minnesota State University and parlayed those skills into a worldwide career that started in Italy and allowed him to play pro basketball on every continent except Antarctica.

He’s lived and played all over the world—he considers Madrid, Spain, to be his second home and it’s where his wife, Jarolin is from—but he wanted to come back to Council Bluffs.

“I wasn’t going to buy a home in Omaha, Nebraska, where a lot of people go,” Turek said, referring to his hometown’s larger and more prosperous neighbor just across the Missouri River.

“I said I’m going back home to Council Bluffs, Iowa, because that is truly my home—those are my people—and I want to try to make a positive difference in my community and be able to inspire some people. I didn’t know I was going to do it in this way.”

Turek’s journey back to Council Bluffs began in 2018. He was two years removed from being on the first US men’s national wheelchair basketball team to take gold in the Paralympics since 1988 and was plotting out his next move.

“Me and my wife got married and, so as kind of like an early honeymoon gift to her, [we] went to Australia to play in their league, which I had never done, then we went to Bali, Indonesia,” Turek.

After that jaunt, they ended up back in Spain where Turek, even in the twilight of his career, was still performing at a high level. He even led his team, Bidaideak Bilbao BSR, in scoring.

The US national team lost in the finals of the 2018 IWBF World Wheelchair Basketball Championship and asked Turek if he would return to the team for two more years, covering the 2019 Parapan American Games in Lima, Peru, and the 2020 Paralympics in Tokyo, Japan. 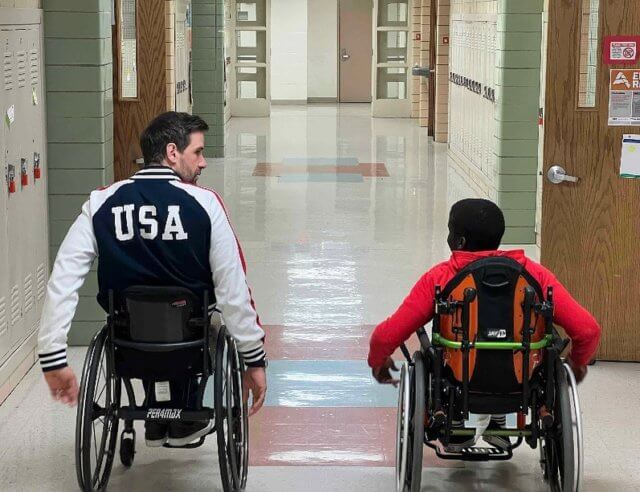 Turek agreed to do it, knowing that Tokoyo was going to be his last hurrah as a basketball player and he started to plan out the next phase of his life. So, while balancing out time between the US national team, his Spanish team, and his new bride, Turek also took online classes to earn his master’s degree.

Things were also going well with his Spanish team as 2020 began. Turek was leading the league in scoring, was named All-Star 5, and then the pandemic hit.

“Everything shut down, all the leagues shut down,” Turek said.

With his basketball career in timeout, Turek and his wife moved to Council Bluffs and he started his job with Numotion.

“So now, for the first time, I’m working full time also finishing my master’s degree and also trying to train for the Paralympics with having no access to organized basketball because it was all shut down here,” Turek said.

“Basically, it was 5 o’clock in the morning going and shooting a thousand shots, pushing back home, working all day, going back in the evenings doing a lift, doing some cardio, doing some chair work on my own, and then on the weekends or whenever I could possibly fit it in, trying to finish up my master’s degree,” Turek said.

He went on to play in the pandemic-delayed Tokyo games in 2021 where he earned his second Paralympic gold medal. All told, he has two Paralympic golds and a bronze; a silver World Championship medal, and three Parapan American Games gold medals.

Between his job with Numotion, being on the High Performance Committee of the National Wheelchair Basketball Association, and sitting on the board of directors for the Ryan Martin Foundation, a nonprofit that provides free summer camps and free basketball adaptive sports equipment to disabled kids, Turek is a busy person. 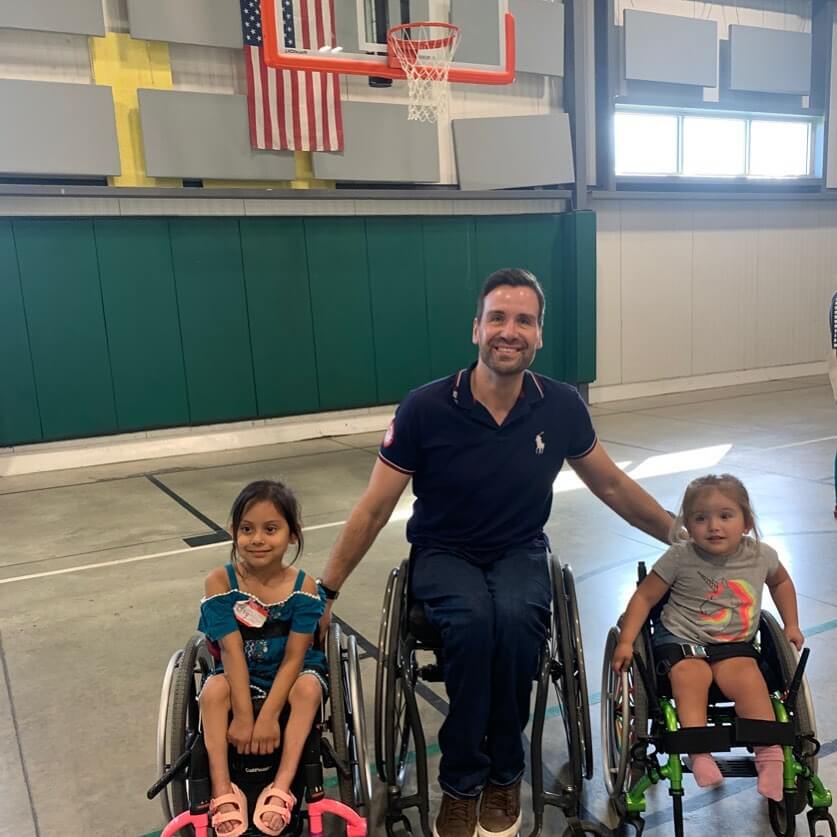 So why would he add running for public office to the mix?

“I had always been peripherally interested in politics and in government—I have a curious mind—and I’ve just always been fascinated by that space,” Turek.

Turek noted he even ran for student body president at Council Bluffs’ Abraham Lincoln High School back in the day. However, he says the Jan. 6 attack on the US Capitol Building solidified his decision to enter politics.

Turek’s other reason is that the disabled community is barely represented in government leaving many elected officials unaware of some of those day-to-day challenges.

“I’ve been in a wheelchair my whole life,” Turek said. “I knew the personal level of difficulty in procuring equipment and getting medical supplies and the cost and difficulty in doing that.”

Even though he uses a wheelchair for mobility, Turek said his job at Numotion—especially when he works at the company’s clinic in Lincoln, Nebraska—showed him how flawed and seemingly unfair the American healthcare system is especially when compared to the government-provided health care he’s seen in other countries.

“We actually provide the least amount of social safety nets for the poor and less fortunate.”

At Numotion, Turek said he saw people unable to get basic needs filled because of cost or lack of coverage from their healthcare plan and he thought to himself, “somebody’s gotta step up and do something about this.”

He initially thought about running for the Council Bluffs City Council, but after a phone call from McConkey and a meeting that included both of their wives, Turek decided the state house was his next step.

For his part, McConkey said he saw how ambitious and determined Turek was and felt like he would be the perfect person to represent the district next. McConkey even got the Iowa House to adopt a resolution earlier this year to honor Turek for his work as a Paralympian.

“It was time for me to let somebody else take over,” McConkey said. “With his history, his heart, and what he believes in, I’m really excited for him. I mean, I would be running if it wasn’t him; if he wasn’t running, I’d still be running because I wouldn’t let that seat go to anybody else.”