Two weeks after state Sen. Rob Hogg announced his upcoming retirement from the Iowa Senate, the field of Democrats looking to fill his seat in the chamber is getting a shake-up.

State Rep. Liz Bennett announced last night that she is officially running for the Senate after several days of consideration, and Sami Scheetz told Starting Line this morning that he will now be switching gears and will run for Bennett’s House seat instead of the Senate. Scheetz also endorsed Bennett for the Senate nomination, calling her “a stalwart of progressive values in the Iowa Legislature.”

“Her decision to run for State Senate prompted me to shift my campaign efforts to the Iowa House, as I have a great deal of respect for her and believe she will be an excellent member of the Iowa Senate,” Scheetz, a community organizer who has worked on several Iowa campaigns, said in a statement.

Breanna Oxley, a public schools teacher, was the first to announce a campaign for Hogg’s district, and is staying in that race. She has already drawn some high-profile endorsements, including former Congressman Dave Loebsack and former Linn County supervisor Linda Langston.

Other potential candidates may still be considering a run as well, including State Rep. Art Staed, who represents the other half of Hogg’s district.

Bennett made her plans public at a Linn County Democrats meeting last night.

“Iowans deserve a fair shot,” Bennett said in a statement. “The basic agreement in our society is that if you work hard, you should be able to succeed. Too many Iowans struggle with low wages, high medical costs, and underfunded public schools.”

Hogg’s current Senate District 33 covers the eastern side of Cedar Rapids, which is solidly Democratic. Bennett currently represents House District 65, the southeast quarter of the city. Redistricting later this year could shift the lines around and the city could be split up in a different manner. The mapping plans typically try to keep localities together, though, so a largely Cedar Rapids-based district is likely to remain. 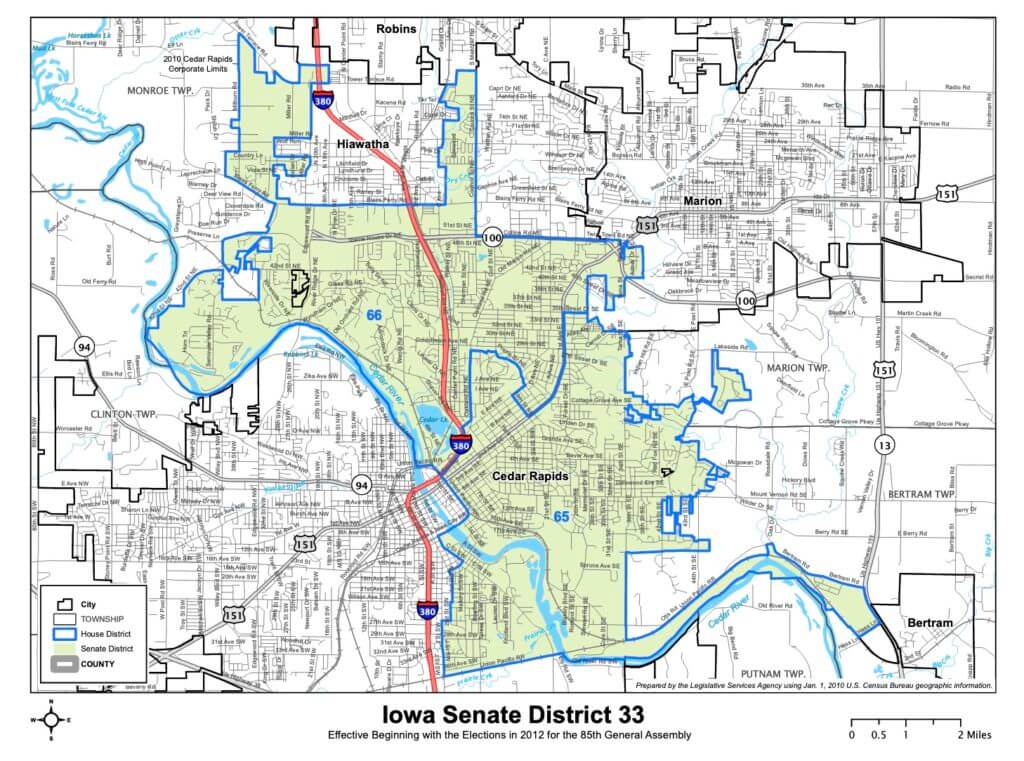 Bennett made history as the first out LGBTQ woman in the Iowa Legislature when she was first elected in 2014. If Scheetz is successful in his campaign, he would be the first Arab American elected to the Iowa Statehouse.

“Education, healthcare, and workers’ rights will be the three pillars of my campaign,” Scheetz said. “Iowa used to be a place where if you worked hard and played by the rules, you could make it in life. We know that’s no longer the case, and that is what we must change. Hard-working Iowans deserve a fair shake.”

Scheetz noted he has raised almost $20,000 in his first two weeks of his campaign. Linn County Supervisor Stacey Walker is serving as his campaign chair, Sarah Halbrook is his treasurer, and Nate Willems and Sara Riley are early backers of his candidacy.

1 Comment on "Bennett In For Senate, Scheetz Now Running For House"