Iowa House District 37 candidate Andrea Phillips, a Democrat, wants to debunk several claims made in attack advertisements approved by her opponent John Landon and paid for by the Republican Party of Iowa.

Mailers and a TV ad currently circulating the suburban district falsely say that Phillips has pledged to defund the police and that when the now-Ankeny resident previously lived in Shanghai, China for a decade, she worked “closely with the Chinese government” to facilitate the outsourcing of American jobs.

Dispelling these declarations, Phillips said she has never claimed to defund police departments, does not support doing so, and did not work with the Chinese government when she lived overseas. As a member of the board of governors for the American Chamber of Commerce in Shanghai she instead encouraged trade between the two countries. China is a key trading partner for Iowa’s agricultural industry.

“The only fact in [the ads] is that I lived in China for 10 years—everything else is a lie they made up,” Phillips said. “I expected negative ads to run against me and I figured they would use China somehow, but I figured that they would just spin it in a negative way. They sat around to themselves thinking, China, China, what can we say about China? And then they just made it up.”

The TV ad—featuring video footage of tanks and images of the Chinese flag, words and factories—said that Phillips is a “dangerous choice for Iowa.” 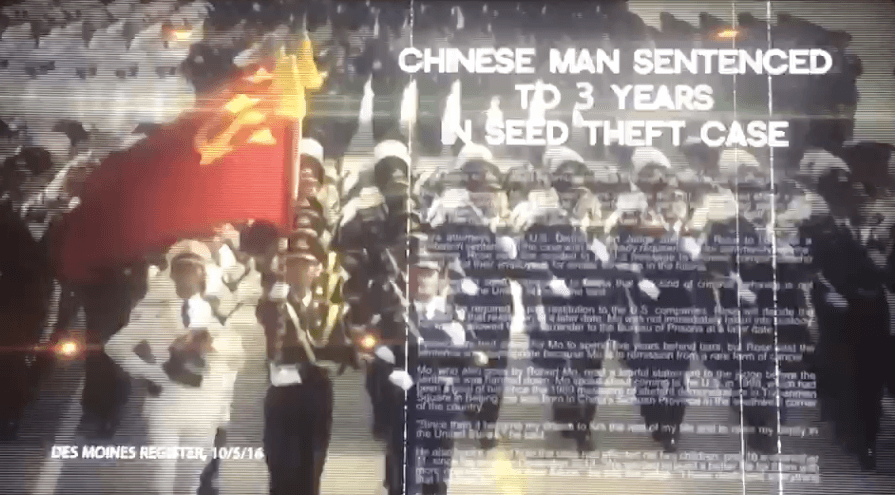 “China. They steal our technology and spy on the United States. Andrea Phillips. She lived in China for a decade working closely with the Chinese government to facilitate business deals that encouraged American businesses to outsource their jobs to China,” it said.

Phillips said she never worked closely with the Chinese government. She was the director for a multinational marketing company that ran medical and dental clinics when she lived in Shanghai. Her role with the Chamber of Commerce encouraged trade between the United States and China, not the outsourcing of American jobs. 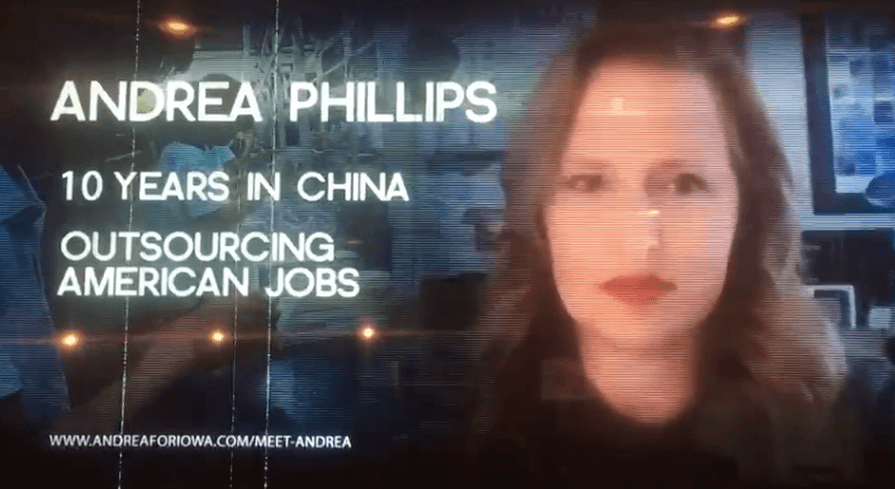 “In fact, one of the things that I did do was provide market-entry economic briefings to American companies who would travel to China on a trade mission. I was on the board of governors for the American Chamber of Commerce, and so whenever a trade mission came to town or the U.S. trade representative, they would always meet with us,” she said.

“It’s exactly what Iowa trade missions comprised of elected officials, business leaders in manufacturing, and representatives from commodity groups like the soybean association and pork producers have been doing for decades,” Phillips added in a Facebook post.

The ad goes on to highlight a fact that the Republican Party of Iowa has before claimed in their mailers about Phillips—that she supports the abolishment of police.

In the mailer, Republicans wrote “There’s at least one person who agrees with Andrea Phillips’s plan to defund the police” next to an image of a presumably African American man wearing a hoodie with his face blurred out. 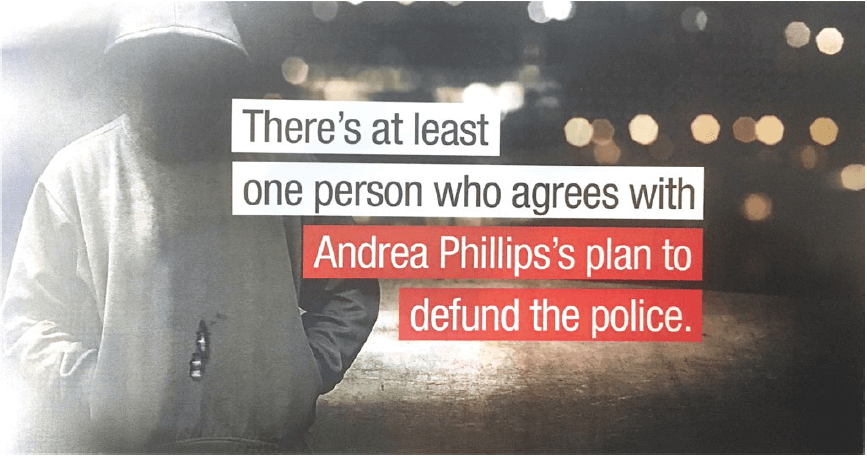 “Criminals would be thrilled to have Iowa House candidate Andrea Phillips writing the laws,” it went on to write. “Phillips pledged to defund local police departments, which would put our families in danger and leave our neighborhoods less safe.”

The citation that the mailer uses for their claims is a pledge that Phillips did sign from a national group seeking to elect Democrats across the nation. The Future Now pledge advocates for 21 progressive model policies across seven categories, but defunding the police is not one.

Phillips is one of 1,011 candidates and elected officials who signed the pledge, which looks at studies of the boosting funding for community policing and mental health services.

“I expected negative ads, but I figured they would just take the truth and spin it in a negative light, not that they would just literally make up lies. I quite frankly don’t know how I’m going to sit next to him at the chamber of commerce forum that’s coming up.”

3 Comments on "Phillips On Landon’s Attacks: “They Just Made It Up”"