A very well-organized political operation finished up their work in Iowa today to put Kanye West’s name on the ballot for the general election here. Around 3,800 signatures of a necessary 1,500 were delivered to the Secretary of State at about 3:40 p.m.

A Republican attorney dropped off the forms. Todd Henderson signed the West forms — he’s a Republican operative who worked on Secretary of State Paul Pate’s campaign.

Kanye's electors form was submitted by someone named Todd Henderson. Have a source confirming it is this Todd Henderson who is a Republican operative in Iowa https://t.co/LAhfwbUkNn

Canvassers and organizers declined to say who they were working for.

Starting Line was made aware of the operation’s staging location at a Fairfield Inn and Suites in West Des Moines and observed their work for over an hour. Throughout the afternoon, many canvassers pulled up to the hotel, dropped off petition sheets and took new ones back out to locations throughout the Des Moines metro.

Canvassers were spotted today outside the Merle Hay Mall in Des Moines and the Ankeny Target. They appear to have been in the state since early this week. 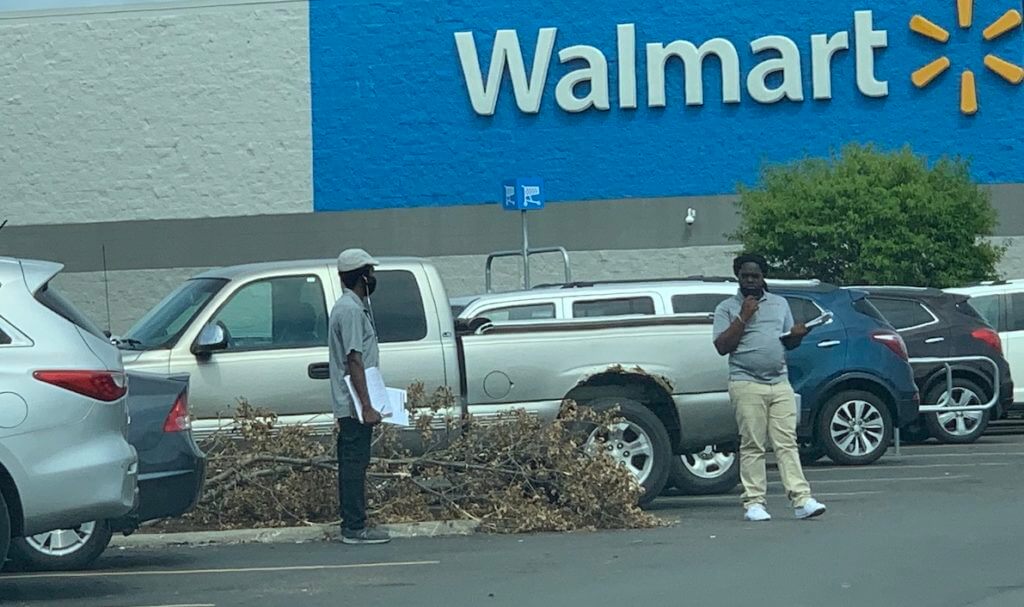 There were at least 15 separate people involved from what was seen at the hotel, with two individuals sorting and checking the sheets as they came in. Most seemed to also be staying at the hotel. Some canvassers discussed getting paid for the work tomorrow. Earlier in the week, Iowans reported that one canvasser said they were from the Green Party of Florida as they were collecting signatures for that party as well (Green Party petitions were not dropped off with West’s). 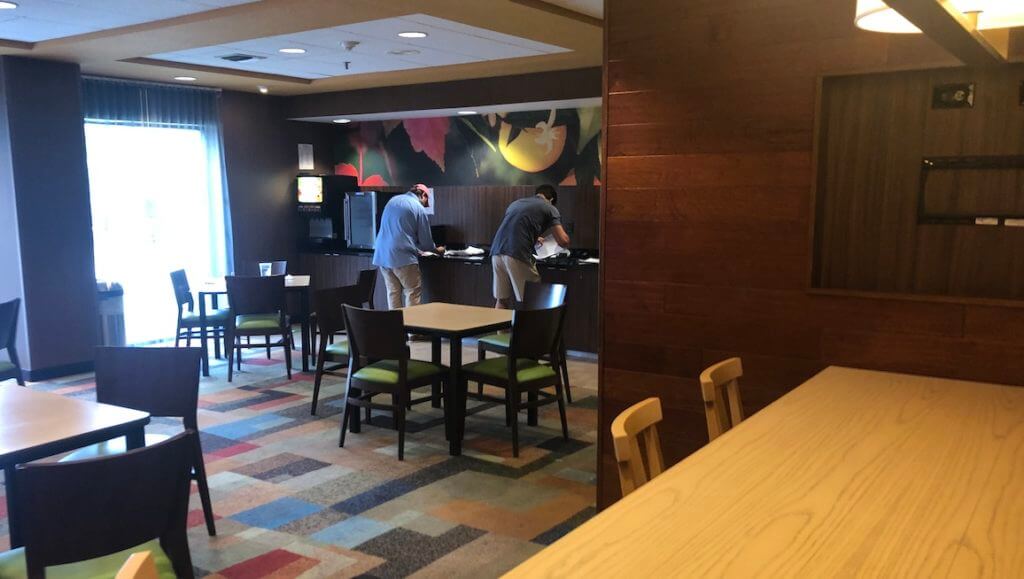 “It’s not for Trump,” one canvasser said to another in the lobby of the hotel before heading back out.

“I mean, we know,” the first responded. “But we gotta tell the right people what it is. We tell them… the benefits.”

“It depends on who I’m talking to. It’s either for Republicans to vote for him … or vice versa, to get Trump in office,” he continued. “…Yeah, those two Mexicans, they were ready to sign. Hey, ‘sign for a better president.'”

The tone of the conversation is notable, and can be heard below:

One Democratic activist who was approached by canvassers outside Merle Hay Mall today reported them saying that signing the form would make it harder for Trump to get elected.

Some of the canvassers were wearing black t-shirts that read “Let The Voters Decide” on the front and “Sign Here” on the back.

The attorney who delivered the forms was Brian Rickert, a West Des Moines lawyer who works at Brown Winick, is a registered Republican and has endorsed Republican presidential candidates in the Iowa Caucus. He stressed that he was just dropping off the forms.

Here is the Affidavit of Candidacy for @kanyewest. The review of petition signatures to see if they meet minimum requirements has started but likely will not be complete until Monday. https://t.co/oDmudprdkM pic.twitter.com/jiRaTnkJoX

Each potential candidate must submit a list of possible presidential electors from the state if they’re able to carry it for the electoral college. These are the names submitted for West:

All six of West’s electors are registered Republicans.

In many other states, Republicans and the Trump campaign itself have been behind similar efforts to put West’s name on the general election ballot.

For presidential candidates to get on the ballot here, they must collect 1,500 signatures from eligible Iowans (anyone who can vote, whether they’re registered or not) from ten separate counties. The requirement is relatively easy to achieve, but it still requires a concerted effort to accomplish.

Simply submitting the forms does not put a candidate on the ballot. An objection period runs through August 27 where individuals can challenge various aspects of the petitions or signatures.