With the Iowa Caucus behind us, all eyes now turn to the competitive U.S. Senate race in Iowa, where Sen. Joni Ernst faces a challenging reelection. Her race should be a key battleground in determining which party controls the nation’s upper chamber.

Democrats need to win a net of three seats to tie the Senate (control would depend on who wins the White House — the vice president determines a 50-50 split) or four seats to take it outright. The party has very promising pick-up opportunities in Colorado and Arizona. Democrats have a tough seat to defend in Alabama. Several Republican-held seats with vulnerable incumbents are in Iowa, North Carolina and Maine.

Should Democrats retake the seat that Tom Harkin once held, there’s a good chance it will be the final piece to a Democratic majority.

On June 2, Iowans will head to the polls for the parties’ primary elections, which will include selecting the Democratic nominee to take on Ernst. The filing period for candidates to submit their paperwork with the state runs Feb. 24 to March 13. Five Democrats are currently running.

To keep track of who is running to unseat Ernst, here’s a rundown of candidates.

Franken, raised in the tiny Northwest Iowa community of Lebanon, launched his candidacy in August.

A retired Navy admiral, the 62-year-old Franken spent his 40-year career both in Washington, D.C., and traveling the world in service to his country. He retired two days after President Donald Trump was elected in 2016. Franken served as Deputy for Military Operations for U.S. Africa Command, but he also has worked as Chief of Legislative Affairs for the Department of the Navy; Director of the Defense POW/MIA Accounting Agency; and as a senior military leader in Africa, among several other high-ranking positions.

“Iowans need a senator who will go against the grain in Washington and do what’s right for Iowa,” Franken said in his introductory campaign video. 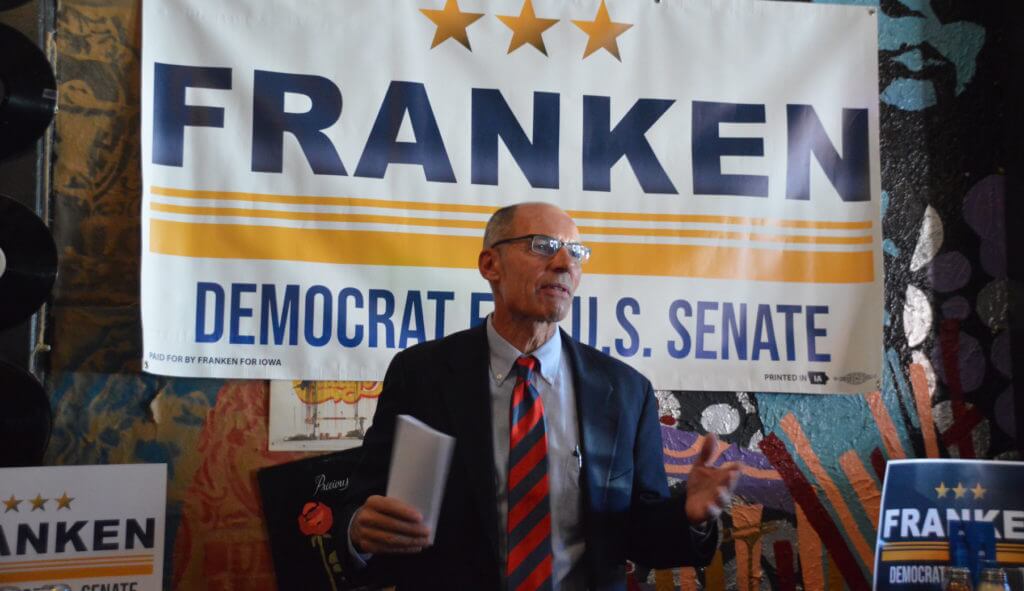 Franken is seen as an intriguing alternative to Ernst, especially given his long record of military service (Ernst is an Iraq War veteran). He also hails from the far northwest corner of Iowa, the most conservative region in the state, a place where Democrats hope to improve their margins. Franken has since moved to Sioux City.

In January, Franken was endorsed by Massachusetts Congressman Seth Moulton and his leadership PAC, Serve America, which puts its resources into “a new generation of service-oriented leaders.”

A children’s rights attorney from Indianola, Graham has positioned herself as the most progressive candidate in the race, announcing her support shortly after the Iowa Caucus for Sen. Bernie Sanders.

She is active on social media, quickly building one of the largest Iowa politics Twitter followings, often touting endorsements from the Sunrise Movement in Cedar Rapids and Brand New Congress (they also have endorsed Rep. Alexandria Ocasio-Cortez).

Touting herself as the “Best Senator Money Can’t Buy,” Graham prides her candidacy on small-dollar donors, though her fundraising has lagged most of the field, and a grassroots campaign that has taken her around the state to meet voters at local businesses, in their homes and at public forums.

“The reason I’m running is because, basically, for 20 years I’ve seen the end results of the ways we’ve failed to invest in our people in this country,” Graham said, in an October interview with Starting Line. “I’ve seen the results of the lack of health care — the lack especially of mental health care — the lack of a universal childcare program, so that when people go to work they don’t go broke trying to pay for childcare. Basically, they can’t ever get ahead.”

Because Graham’s campaign failed to submit a Q4 fundraising report, we don’t have a clear picture of the money she raised in 2019, but it appears she raised at least $31,829 since she entered the race in May.

Greenfield is the former president of a family-owned real estate company in Des Moines who grew up in rural Minnesota near the Iowa border. She now has turned her full attention to the Senate race, where she is the clear Democratic frontrunner in terms of fundraising and institutional support.

Iowans who live in the 3rd Congressional District, in Central and Southwest Iowa, may recognize Greenfield’s name from her unsuccessful 2018 run for Congress.

This time around, Greenfield has the fundraising prowess, state and national support she needs to compete with Ernst if she clears the primary field in June. Many national organizations like EMILY’s List, the DSCC and End Citizens United, as well as prominent Iowa Democrats, have lined up behind her candidacy.

“I want you to know that I haven’t forgotten the lessons of my life,” Greenfield said, at a meet-and-greet last year in Fort Madison, as she told voters about her upbringing on a farm and the struggles she faced after the death of her first husband.

“I’m not going to forget those lessons when I go to serve you in the United States Senate. It’s what drives me to stand up and run. I want you to know that my grit, my resolve, is rooted deep in rural America, and I’m going to speak up and put Iowa first when I represent you in Washington.”

The businessman, former teacher and community organizer has a long history of activism in Des Moines.

Though his campaign is largely self-funded (he loaned himself $1.5 million in Q4), Mauro also counts African American faith leaders Rob Johnson and Will Sims among his supporters, in addition to Mitch Henry, co-founder of the Asian & Latino Coalition. He also was endorsed by state Reps. Ruth Ann Gaines, Ako Abdul-Samad and Charlie McConkey.

“Eddie Mauro has been walking the walk for a long time,” said Sims. “He’s been doing this work since he was a kid. He was a teacher. A coach. An advocate. That’s what we need in the U.S. Senate.”

Having experienced gun violence as a teacher and in his personal life, Mauro has made Ernst’s record against gun safety legislation a key part of his campaign.

Over the summer, he brought to the public’s attention the sale of Nazi paraphernalia and dangerous materials at the Iowa State Fair, and in December, Mauro released a commercial knocking Ernst for a 2014 ad he believed was “glorifying guns.”

“The record is clear — Joni Ernst has sold out Iowans,” Mauro said in his ad. “Despite promising to ‘make them squeal,’ Joni has been more happy to help the NRA, Big Pharma, and the fossil fuel industry bring home the bacon.”

[Update: Woods has since dropped out of the race and endorsed Franken. His name will still appear on the ballot]

Woods, a Linn County native, is the latest entrant to the race having announced his candidacy mid-December. Because of his recent entry, there are no fundraising reports to analyze yet.

He is a Navy veteran, former news reporter and now lives in Des Moines as a realtor and contractor. 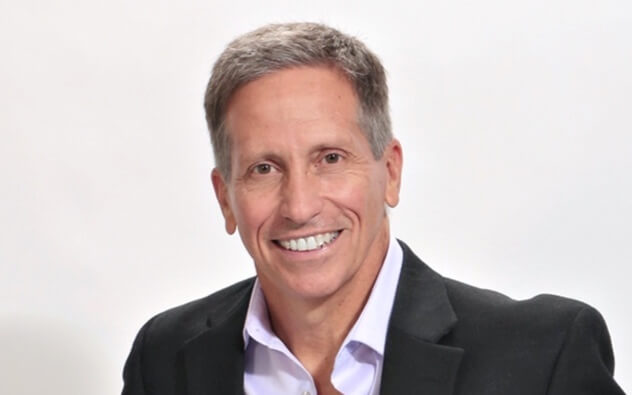 In a press release announcing his candidacy, Woods said his campaign would “focus on a health care system that works for ALL Americans, tackling the climate crisis, and a tax system that benefits the middle class, not the wealthiest one-tenth of one percent.”

Suzanne Herzog is the only independent candidate who has filed reports with the FEC.

An economist and former nurse, Herzog says on her website she wants “to be your voice to demand more rational, fact-based and effective policies in Washington.”

“We will move forward together on important issues by maintaining civil discourse, supporting policies based on substantiated facts (instead of political allegiance), and by carefully considering the implications and costs of the proposed solutions,” Herzog says.

Ernst has no Republican challengers.