Marianne Williamson was not on the debate stage Wednesday night in Atlanta. The last time she qualified for a debate was in July when she spoke for about nine minutes over the course of a long night.

Instead, she hosted an event in Fairfield, Iowa, home to her one, unique stronghold of support in the lead-off caucus state.

“Marianne, please tell us about what’s next for your campaign,” asked a man Wednesday night at her Fairfield forum.

“Unfortunately, I’m not on the debate stage,” Williamson said, to about 100 people at a local events space. “I think probably all of you saw what happened after the second debate. I don’t know if you’ve heard, I’m a terribly dangerous ‘crystal woo-woo lady, new-age wack job.’

“That narrative certainly had an effect,” she said. 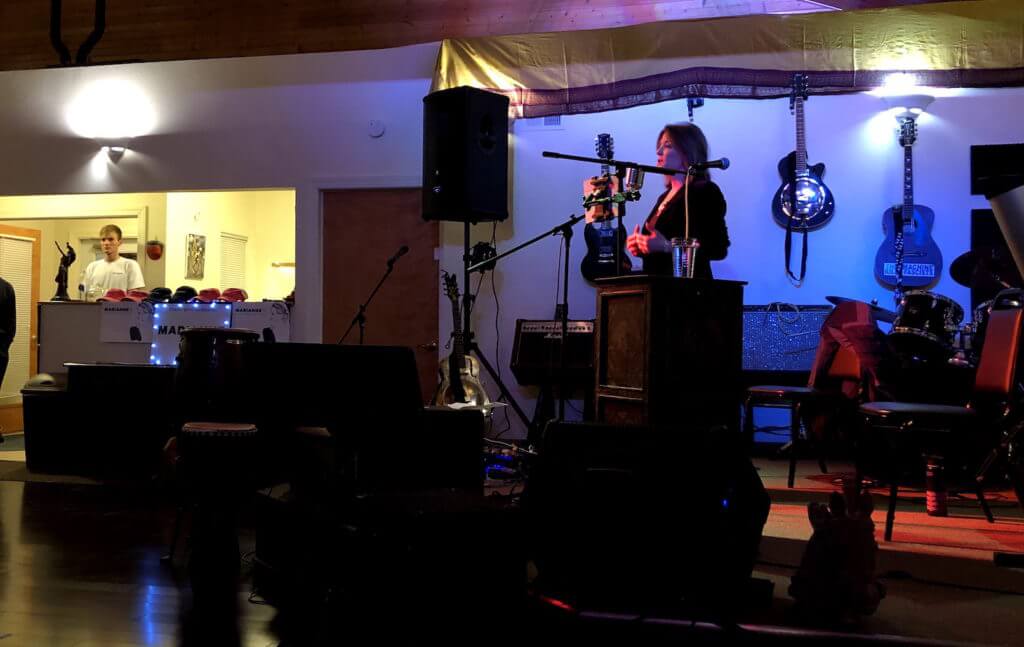 Williamson, a 67-year-old self-help author and spiritual leader, has not been taken as seriously as others in her run for the Democratic presidential nomination. Though she talks about policy objectives at her events, her overarching message is about implementing a holistic approach to cure the nation’s problems.

“Right now, what we’re on the brink of doing is saying to the problem-creators, you be the problem-solvers,” Williamson said. “I say that the political conversation, the establishment political conversation, is too generic and too superficial. But it’s narrow and superficial for a reason. It’s a cover. It’s a protection of the elite establishment.”

Williamson said she intended to stay in the presidential race as long as she had the money and support to do so, but in Iowa, her chances at viability in the caucuses are slim.

Fairfield, in Southeast Iowa, a colorful town with a long history of backing outsider candidates, is possibly the only city in the state where she could reach the 15% viability threshold in a precinct, though several voters Starting Line talked to Wednesday night said they also liked Sens. Bernie Sanders and Elizabeth Warren.

Larson wavered, however, when asked if she would caucus for Williamson in February.

On caucus night in 2016, Sanders won Jefferson County, which includes Fairfield, with 73% of the vote.

A woman in the audience first asked Williamson if she was running as a Democrat, and then wondered whether she could form a “coalition” with Sanders, Andrew Yang and Congresswoman Tulsi Gabbard so voters looking for an anti-establishment candidate could have one person to put all their support behind.

Williamson, a Sanders supporter in 2016, said she would not run as an Independent this cycle and planned to get behind the eventual Democratic nominee.

“We all know what’s important here, and that is making sure that Donald Trump is not president anymore,” Williamson said.

Eric Schaffer, founder of HFI Labs, where the Fairfield event was held, said Williamson “represents a voice which is important in the discussion.” 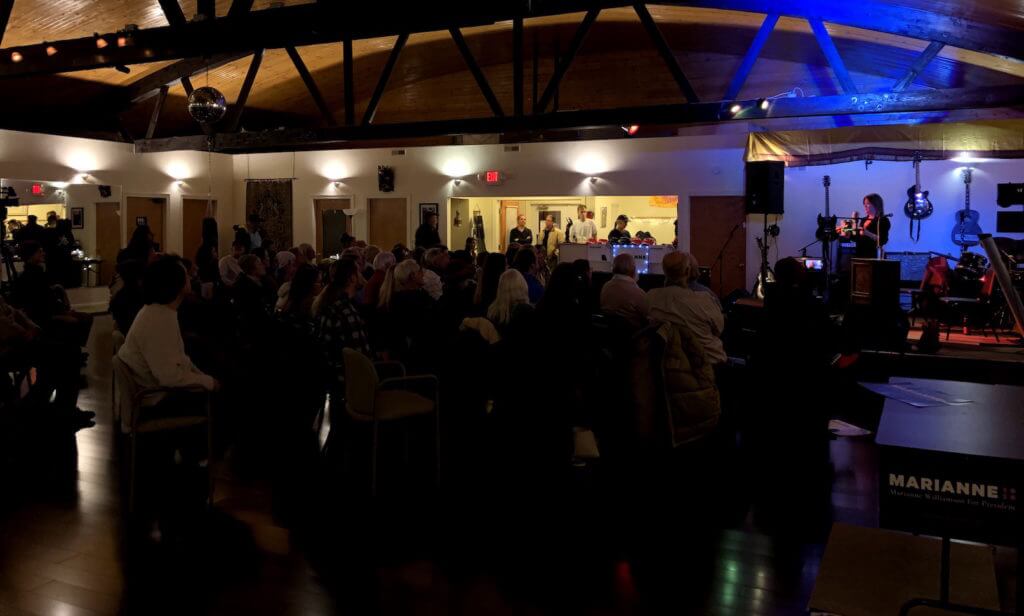 When discussing the nation’s “sociopathic economic system” and “sick care” approach to health, Williamson urged the crowd to take a deeper look at the United States for answers to the most pressing issues.

“Everybody in this room knows that the worst things that are true were not created by Donald Trump,” Williamson said. “What is true and what is wrong with this country created Donald Trump.

“That’s just symptom. We have to be willing to look at cause.”

4 Comments on "Out Of The Debates, Marianne Williamson Visited Her Iowa Stronghold Instead"