The biggest event yet of this Iowa Caucus season is upon us, and campaigns are pulling out all the stops to project momentum to both caucus-goers and the media.

Seventeen Democratic presidential candidates will be speaking at the Polk County Democrats Steak Fry, the third annual the county party has run after restarting the old Tom Harkin event. Over 12,000 tickets have been sold, and there should be over 300 members of the media on hand. 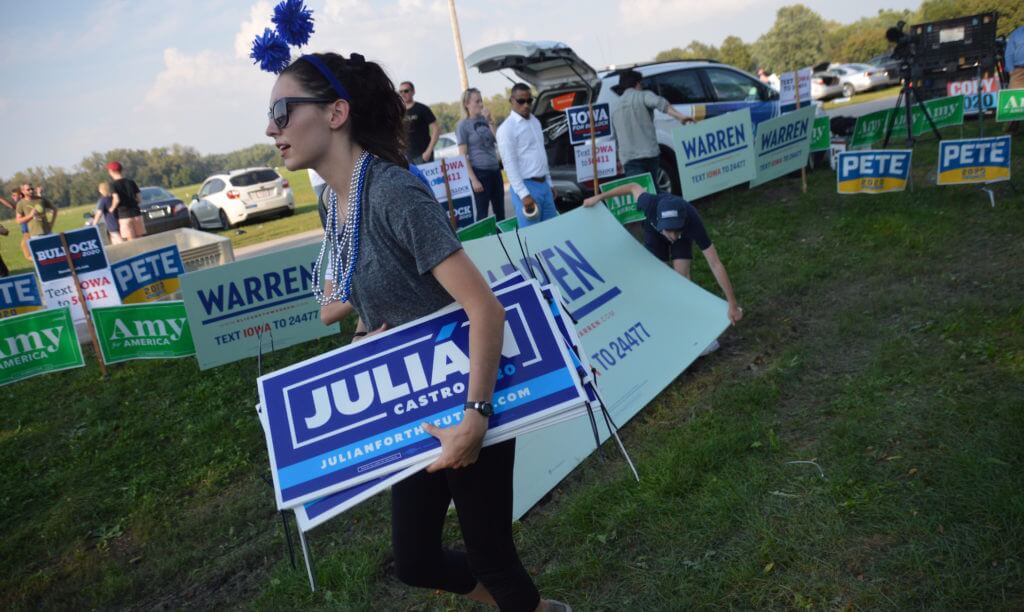 Traditionally, the Steak Fry has been one of the key moments in contested Democratic caucuses over the past two decades. This year will be the largest ever in terms of campaign involvement. Ten candidates have reserved large rally spots, and more are bringing sizable contingents of their supporters to the event.

Events like these quickly turn into mass spectacles from the campaigns, all trying to outdo one another with signs, visuals and over-the-top displays of organizational strength. 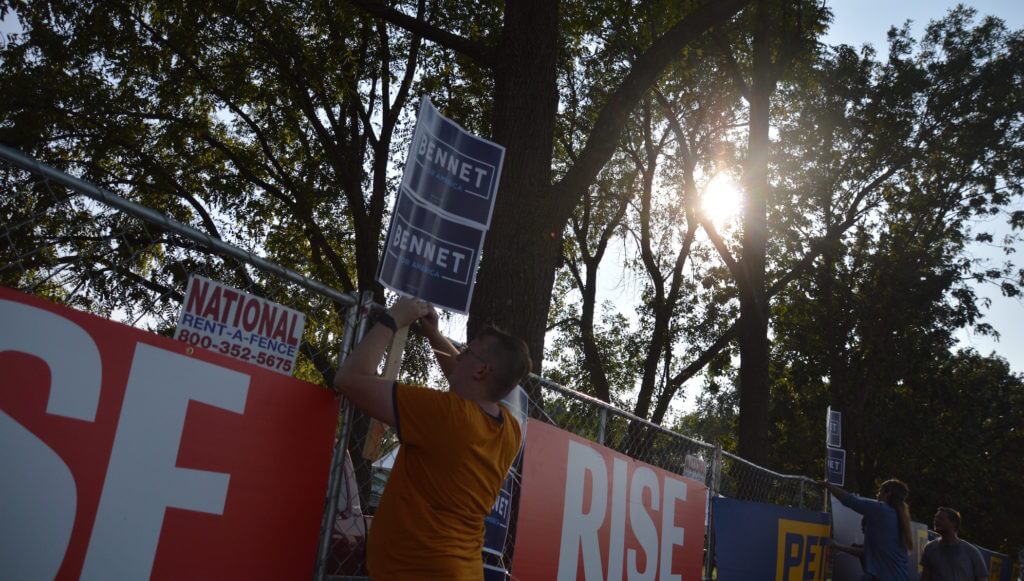 The hoopla can look silly at times to outsiders, but there’s a real goal here: show caucus-goers that their candidate has support and will be viable on caucus night, where you need 15% in most precincts to gain any delegates. And there’s of course the press angle: the Iowa Caucus is in large part a media event, and having the best visuals for your candidate to project around the country is important.

Starting Line has heard of several interesting tactics the campaigns will be using. Two candidates will march in with a marching band, one of which is coming from a candidate’s hometown. You will probably see Joe Biden serving up ice cream at his rally. Kamala Harris will meet with striking McDonalds workers beforehand and march in with them to the Steak Fry. Michael Bennet is coming with a hammer/gavel theme, with the message that he’s “pounding” home real truths to Democratic voters. 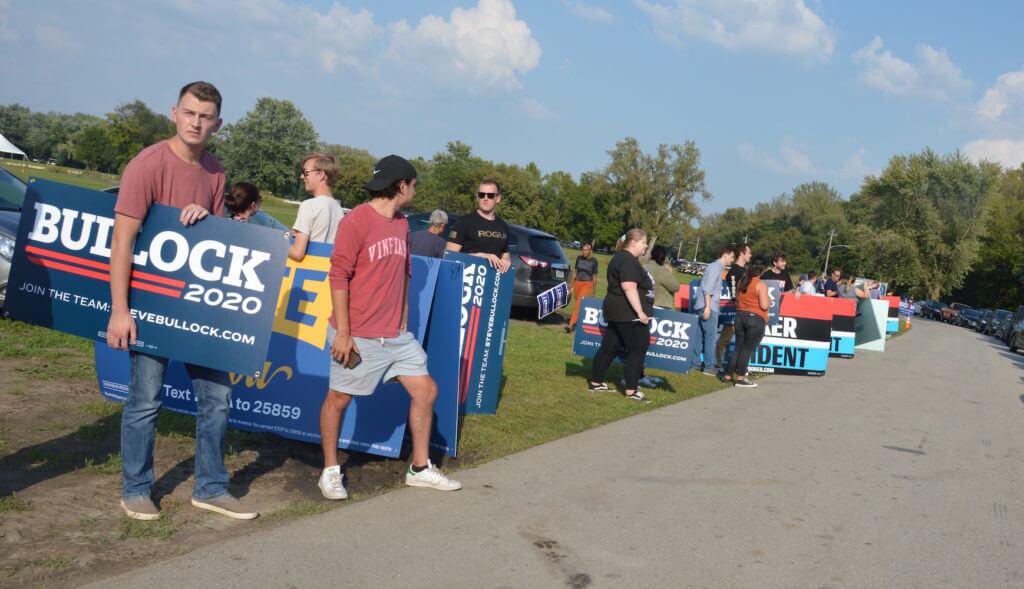 The sign wars got kicked off early, with campaigns swarming the Des Moines Water Works grounds mid-afternoon yesterday to begin placing miles of yard signs on the roads leading into the Steak Fry. Beto O’Rourke’s team dominated a long stretch of the main road for attendees, while Biden signs will greet people all the way out on Fleur Drive, two miles out. Kamala Harris opted to win the main intersection that people will drive in on.

Closer to the entrance, a contest between the staff and supporters of Amy Klobuchar, Joe Biden, Cory Booker, Michael Bennet, Julian Castro, Elizabeth Warren, Tulsi Gabbard and Pete Buttigieg broke out to secure the best locations for attendees walking in.

That part of the sign war kicked off at 5 p.m. yesterday as staffers sprinted around each other to place their signs. 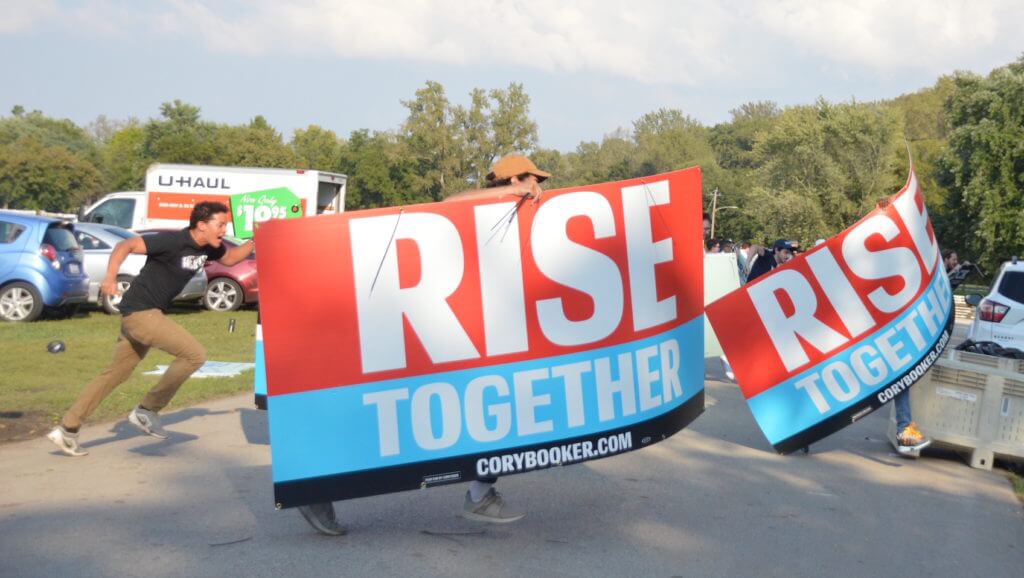 By 5:00 a.m. this morning, campaigns started to reappear in the dark to begin setting up their individual rally sites. The candidates who reserved a rally space are Bennet, O’Rourke, Harris, Biden, Buttigieg, Klobuchar, Castro, Warren, Sanders and Booker. Harris, Biden and Buttigieg all reserved two spots.

Buttigieg’s team was out in full force the earliest, with around a hundred staffers starting to construct their site by 5:30 a.m.

Some teams, however, never left. Members of both O’Rourke and Klobuchar’s teams camped out last night. 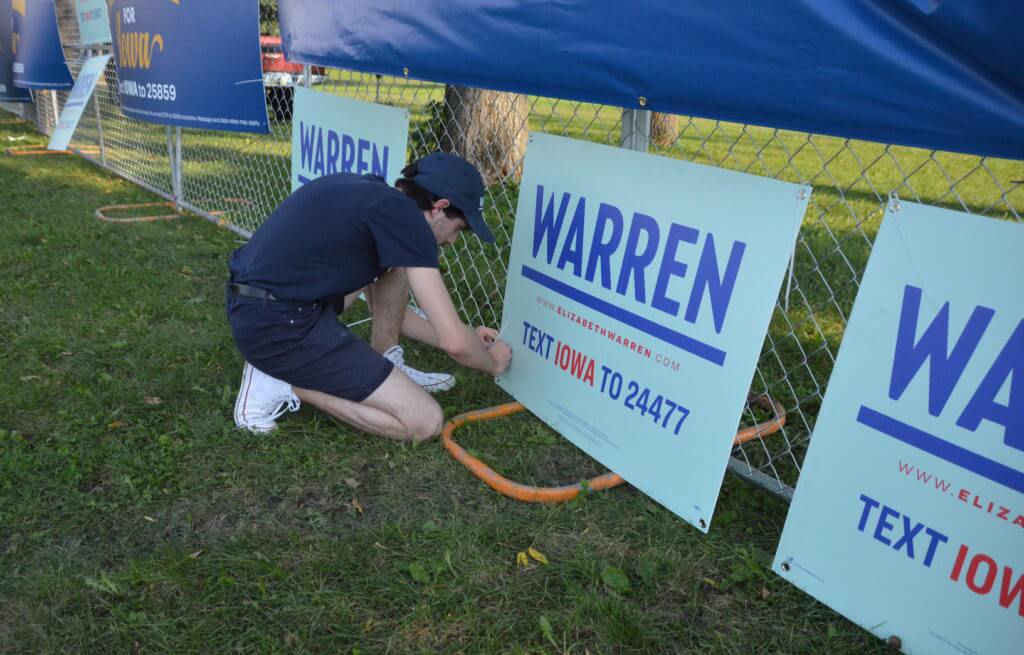 Doors to the event open at 9:00 a.m., and many candidates will rally with their supporters throughout the morning. The actual speaking program beings at 1:00 p.m.

Starting Line will have full team coverage as the day progresses.

And one suggestion to our readers attending the Steak Fry: take 63rd Street, not Fleur Drive, and come into Water Works the back way. Traffic is going to be a mess. 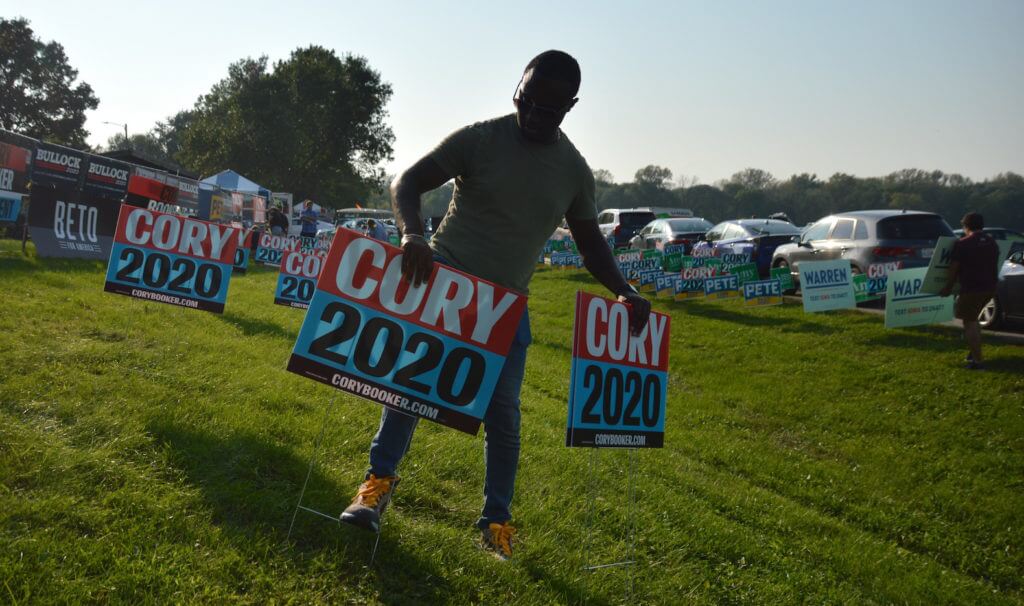