A featured guest at one of Elizabeth Warren’s very first campaign events in Iowa is now endorsing the senator in the Iowa Caucus. Amber Gustafson, the former Iowa chapter leader of Moms Demand Action, made her choice public today.

“Elizabeth Warren doesn’t just talk about ‘big, structural change’ because it sounds good in a tweet. She fights for it because she knows a system that has been corrupted and manipulated to serve only the richest and most powerful is unfair, un-American and, ultimately, unsustainable,” Amber Gustafson said in a statement. “It’s our chance to address the challenge of climate change and end the public health crisis of gun violence.”

Gustafson was one of several women on a panel discussion about women in politics that Warren held in Ankeny back in January during the candidate’s first Iowa swing. Among that group was several newly-elected legislators and high-profile women candidates from the 2018 cycle. Gustafson had just very nearly defeated Republican Senate Majority Leader Jack Whitver, falling a few points short in a district that used to be solidly red. 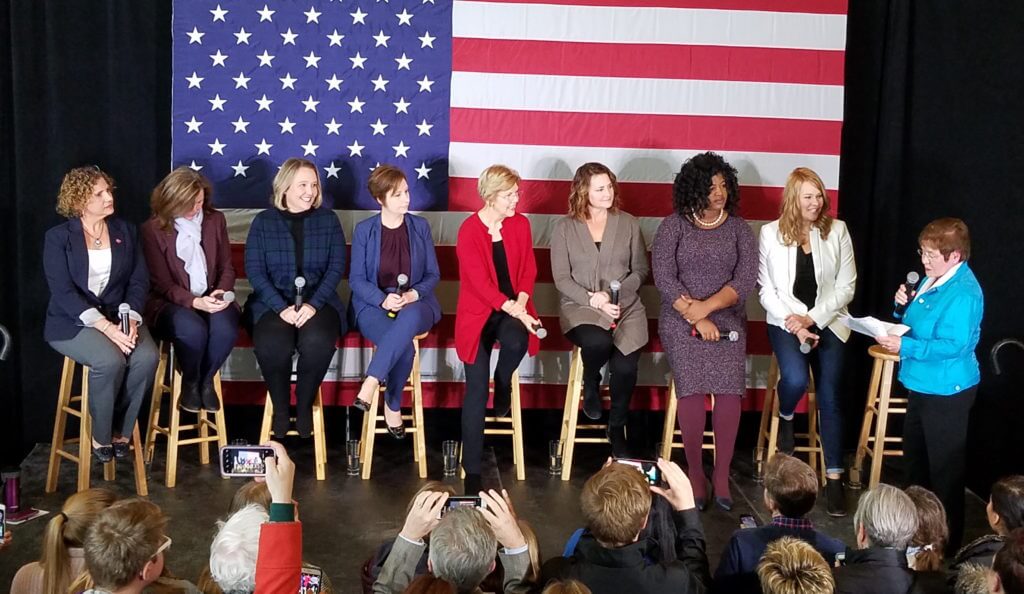 “Amber’s community leadership, her commitment to ending gun violence and her advocacy for rural America are an inspiration for us all,” Elizabeth Warren said. “I’m proud to have her endorsement and honored to stand with her in this fight for the future of our country.”

Gustafson, a mother of three and small business owner, became rather well-known across Iowa during her 2018 run. A former Republican herself, Gustafson fit the mold of the kind of suburban woman who was quickly moving toward the Democratic Party as Republicans became ever more extreme.

For Democrats to be successful in the 2020 presidential race, they’ll need to continue to improve their performances in the Des Moines suburbs, a place where Republicans used to dominate.

Even more important for the primary, places like Ankeny will be delegate-rich areas on caucus night thanks to their growing population and Democratic-trending votes in previous elections. And the gun violence prevention causes that Gustafson has championed should make her an effective speaker for Warren in Iowa.

Warren also brought Gustafson along on her RV during a recent statewide tour in August.

Yesterday I hitched a ride on the @ewarren campaign ? and we had a detailed conversation about her plan to reduce gun violence by 80% in America. Now is a time for bold action. Warren has a plan for that. #GunSenseForum @MomsDemand @Everytown pic.twitter.com/nIugea0hh2