Four and a half years ago, a group of friends and I gathered around a table in a downtown Des Moines bar to brainstorm what a new Iowa political blog could look like. I had just gotten finished with yet another exhausting campaign cycle, and was ready to do something different.

We had a good name – Iowa Starting Line – and a good idea: provide a behind-the-scenes look at what’s really going on in Iowa politics.

Creating a news site from scratch wasn’t easy, but with a lot of hard work, long hours, great sources, and help from my friends and readers, we quickly became the most-read of the independent news sites in the state. Starting our reporting during the last Iowa Caucus helped us build up a national brand as well.

Over the years since, we’ve had a lot of success. Starting Line has broken many major Iowa politics stories, provided unique analysis on local campaigns, and set in motion the resignation of a senate majority leader.

Most important of all, I think we’ve made Iowa politics a little more understandable and approachable, especially to younger Iowans new to it all.

Still, there was always more we could accomplish with Starting Line, I just didn’t have the capacity. And it was readily apparent that one full-time person could not possibly cover this massive presidential field.

We needed to expand, and now we have.

Today, we are extremely excited to announce a very significant expansion of the company. Iowa Starting Line is adding four full-time political reporters, has several part-time staff on board, and a host of regular volunteer writers. We have also opened an office in Des Moines’ East Village. I will shift into a managing editor role, though I’ll still be writing and out on the campaign trail (just a little less often).

Three of our new staff will cover specific issue/policy areas for the Iowa Caucus. These issue beat reporters will work to connect how key policies impact our state, uplift the stories of local Iowans, and will cover how presidential candidates talk about them on the campaign trail.

Starting Line is also bringing on an Iowa federal reporter through the 2020 general election. Iowa has not had a journalist solely devoted to covering Iowa’s federal delegation for about the past eight years. No more. No longer will the votes of Iowa’s senators and representatives go mostly unnoticed.

Everyone will contribute some to our general Iowa Caucus coverage.

We plan on adding even more staff, but this current expansion was quite the time-intensive effort. Other issue beats will come on line later, we just need a little bit of breathing room to get the new team up and running.

Thank you for being a part of this journey, but we still need your help. At a time when American journalism is struggling with constant layoffs, we have found a way to make this business work. That’s thanks in part to contributions from our readers. You can go help fund our work here.

Our goal at Iowa Starting Line remains the same as always: to bring you unique, in-depth, and insightful coverage about Iowa politics. We show up all over the state, and help tell the real Iowa story. Follow along on our Twitter, sign up for our email newsletter, subscribe to our podcast, and tell your friends about us.

And now, meet the new team: 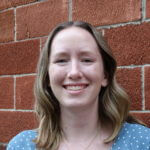 Libby comes to Starting Line after four years at the Burlington Hawk Eye, where she covered state and local politics from Southeast Iowa. She will work out of Fort Madison, covering how Iowa’s federal delegation’s votes impact Iowans back home, as well as the campaigns for U.S. Senate and the House. Originally from East Lansing, Michigan, she attended Monmouth College in Illinois, and is the two-time Iowa Associated Press Media Editors award winner. Libby’s federal position with Starting Line will run through at least December 2020. 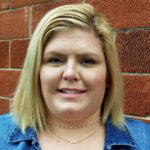 Paige will cover labor issues in Iowa, while also helping manage the administrative side of Starting Line. She worked for five years as a reporter at the Indianola Record-Herald and Indianola Tribune as part of the Des Moines Register weeklies. She’s the recent editor of the Guthrie County Times Vedette, and was also at the Carroll Daily Times Herald. Paige is the recipient of several Iowa Newspaper Association awards, including the Jay P. Wagner Prize for Young Journalists and the Genevieve Mauck Stoufer Outstanding Young Journalist Award. Her hometown is Algona, Iowa, and she attended ISU. 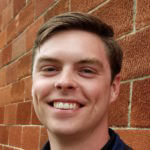 Josh will traverse the state as Starting Line’s reporter for issues impacting rural Iowa and Iowans’ health care, focusing in on the policy solutions that candidates are pitching on both topics. Josh recently graduated from Drake University with journalism and politics degrees, previously working as an apprentice with AgriMedia for Meredith Corporation. He’s originally from Oregon, Illinois. 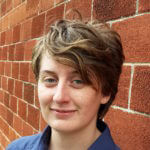 Nikoel joins Starting Line to cover how the presidential field is addressing reproductive rights and their plans for the Supreme Court and the broader judiciary. She recently graduated from the University of Nebraska-Lincoln, where she studied journalism, history, and political science. Nikoel grew up in Moville, Iowa, a small town outside of Sioux City, and her father is the courts reporter at the Sioux City Journal. 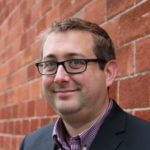 After working about a decade in Democratic campaign politics, Pat launched Iowa Starting Line in January 2015. He manages the team and assigns stories from headquarters in Des Moines. Raised in Jefferson City, Missouri, Pat moved to Iowa in 2003 to attend Drake University and get involved in the Iowa Caucus. He lives in West Des Moines with his wife, daughter, and dachshund. 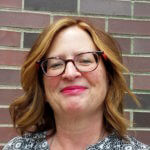 Julie officially joined the team earlier this year as our part-time photographer, and also helps us track events and campaign staff hires. She owns a strategic communications and grassroots advocacy consulting organization, and previously lobbied at the Iowa Statehouse, including ten years lobbying for the Attorney General’s office. Julie received a Harold Hughes Award for advocacy to prevent reinstatement of the death penalty in Iowa. In past cycles, she’s been a part of grassroots advocacy groups for the Iowa Caucus. 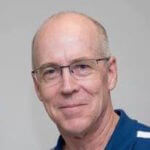 Rick regularly writes opinion and issue stories for Starting Line, joining the team as the Iowa Daily Democrat’s editor in 2016. He’s active in the Climate Reality Project and the Citizens Climate Lobby, and has been involved in the Urbandale Area Democrats, Polk County Democrats, and Third District Democrats, and is a past member of the Iowa Democratic Party Central Committee. Rick lives in Urbandale. 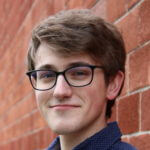 Jake assists in our news coverage of candidate visits, writing event pieces for Starting Line over the past several years. His hometown is Hastings, Minnesota, and he studied journalism and history at Drake University. In his spare time, Jake works full-time at an advertising agency in Des Moines. 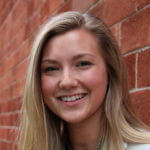 Lauren launched Caucus Watch earlier this year after seeing the need for a streamlined public calendar of candidate events in Iowa, which now also runs on Starting Line’s site. Born and raised in Clive, she works in Des Moines for the Polk County Housing Trust Fund, and is the new State Director for NLIHC’s Our Homes, Our Votes 2020 campaign. She graduated from the College of Charleston in South Carolina. 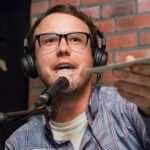 While originally hailing from the 1,000-person town of Woodward just north of the Des Moines metro, Chance has now worked and lived in Europe, Latin America, Asia and Australia as a radio reporter and talk show host. More recently, he’s transitioned to hosting and producing podcasts. Chance and Pat began the Iowa Starting Line Podcast together in January of 2018. 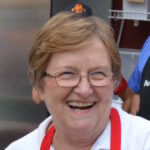 Iowa’s former Secretary of Agriculture and Lt. Governor, Patty co-hosts our podcast with Pat every other Tuesday. She brings unmatched knowledge about rural Iowa and the state’s political history to our show, as well as some good humor. Patty lives in Albia when she’s not showing presidential candidates around the state. She chairs the Focus On Rural America organization.