Embarking on his third attempt to win the presidency, former Vice President Joe Biden returned to Iowa this week for public events in Cedar Rapids, Dubuque, Iowa City, and Des Moines. He enters the incredibly crowded 2020 Democratic primary as the clear front-runner in most recent polling.

Iowans have seen Biden up close and personal for many decades now. When he ran in 1988, he was vying to be one of the youngest-ever presidents in American history. This time around, he’d be the oldest.

But what can a candidate who’s already run in the Iowa Caucus twice say on his third try?

This initial visit showed off some of Biden’s long-standing strengths and a few new ones, as well as the challenges he faces in today’s Democratic Party. Here’s what Starting Line saw as the new and old aspects of this Biden candidacy.

Someone clearly told Biden that he needs to keep his speeches tight and focused. Anyone who’s watched the longtime senator speak in past years knows that Biden loves to indulge in long, drawn-out stories and flowery oratory. Not this time. He kept his Dubuque speech to about 39 minutes and his Iowa City one to 34.

In every one of his Iowa appearances, Biden often caught himself just as it seemed he was about to get sidetracked on a favorite anecdote of his. “Anyway, I won’t go into that right now,” he’d mutter as he quickly wheeled back to his main points. It created a few confusing moments, but it did keep Biden on track. It might also cut down on the verbal miscues on the trail that Biden has also become known for.

Biden often demurred from going in depth on many of his policies, saying he’d get to the specifics of those proposals at a later date.

“I have so much more to say, but I’m not going to say it because I’ve kept you standing here too long,” he said in Dubuque. This was just his first trip out to Iowa, so expect your typical policy roll-outs later.

When Biden ran in 1988 and 2008, it was at the end of a Republican’s second term in the White House. Yes, George H.W. Bush was the front-runner to be the Republican nominee in 1988, but this time the eventual opponent for Biden if he wins the primary is clear and currently governing.

Biden used Donald Trump as a very effective foil on the stump, bringing him up more often than most of the other Democrats do, casting Trump as an aberration that needs to be defeated before Trump’s brand of politics takes root. It was so effective, it seems, that it sent Trump himself into a deranged, early-morning tweet storm against the former vice president. 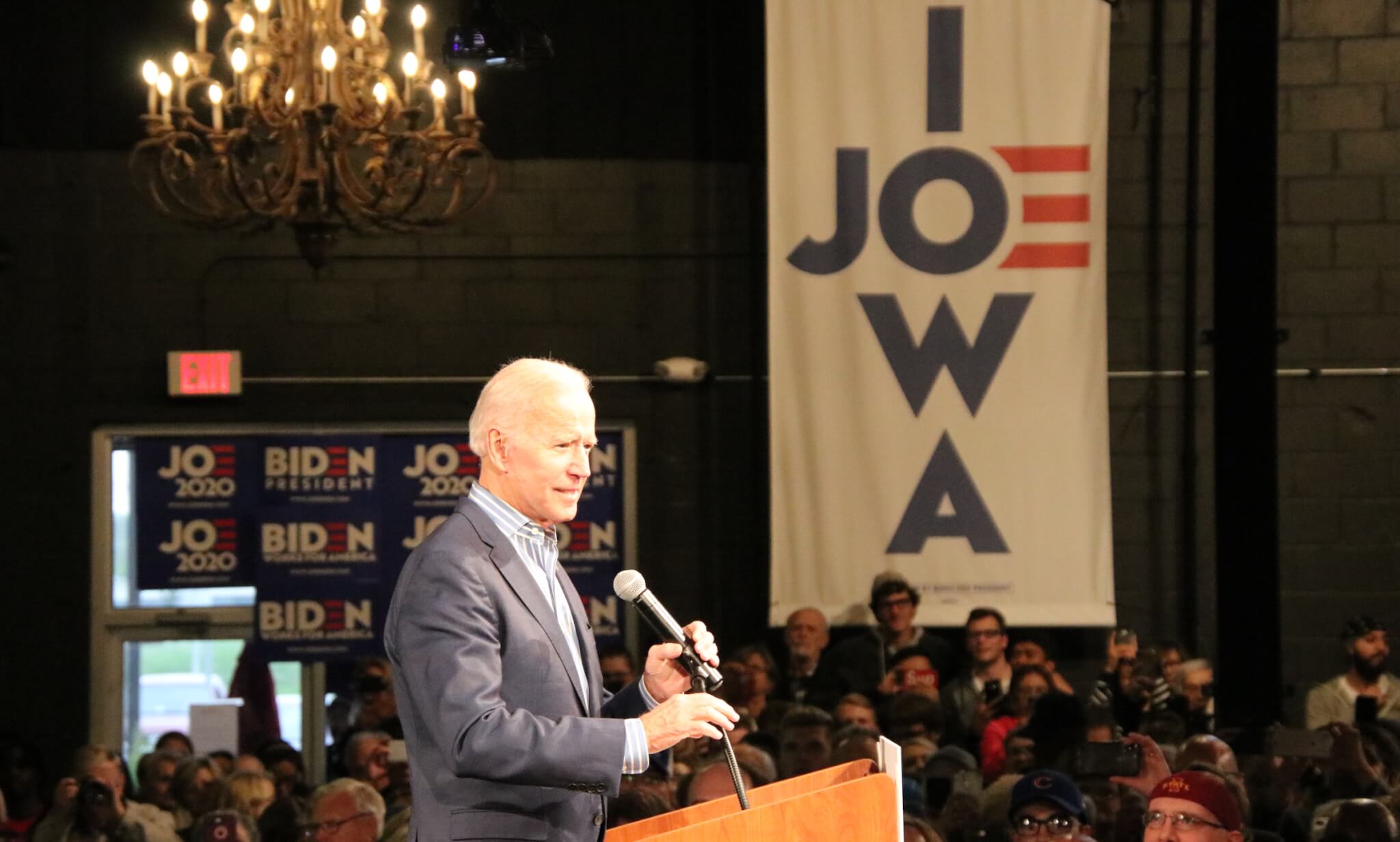 With all the chaos that Trump has caused during his presidency, there’s a real possibility that the most appealing candidate in 2020 will be a steady hand that can return some normalcy to the country. Biden’s elder statesman image fits that well, and he leaned into that on his trip.

In contrasting himself with Trump in the way he does, Biden effectively presents himself as the nominee already in people’s minds, keeping him above the fray of the sprawling Democratic primary. That works well for now with Biden polling high, and he can probably keep it up until the first debate when he’ll be forced to respond to his fellow candidates’ criticisms.

He has the toughest job at the moment of any Democrat running: staying the front-runner for the duration. If others overtake him at some point, he’ll have to recalibrate this approach.

All those old, fun, personal reasons that Democrats love the former vice president were on full display during his Iowa trip. His unique style of speech, filled with “folks,” “I mean this sincerely,” and “No, I’m serious,” was all there as usual. He stopped for some ice cream between campaign events, seeming to recreate that viral photo from several years ago. He told old stories about his father, and quoted some old New Yorker cartoon that no one quite seemed to understand but laughed along with all the same. 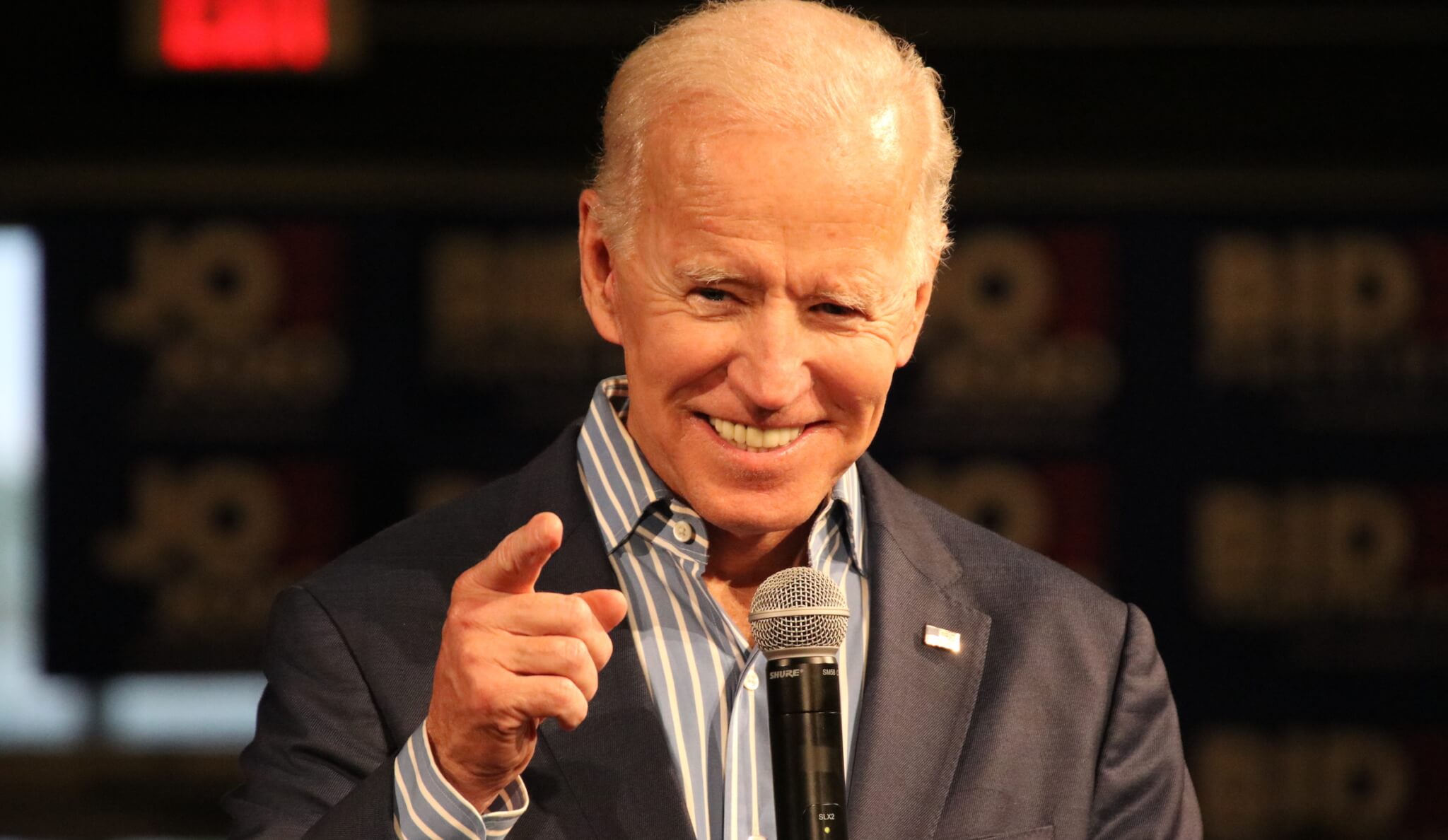 Oddly enough, there were parts that actually reminded this reporter of some of Trump’s verbal tics – in a good way. When describing problems with the country’s tax code, Biden would exclaim, “I mean, I don’t get it. Why are we doing it?” Similar to how Trump often interrupts himself with “Can you believe it?”, it’s an effective way to place the candidate in the same mindset as the audience – they’re expressing their own shock and personal frustration with something in the same way anyone right off the street would.

His Base Of Support

Biden’s first evening event in Iowa was right in the ancestral homeland of Biden support: Dubuque. The Irish-Catholic, working-class county is perfectly-suited for Biden’s persona and message, and he drew a crowd of close to 500 there. An overflowing crowd of nearly 600 showed up in Iowa City. The audiences were generally older and had lots of union members in them.

The kind of activist who commits to Biden early is a valuable one in the caucus: older party loyalists who are experienced in organizing their neighbors for the Iowa Caucus. But there also weren’t too many younger attendees at his events, which could be a problem in the likely scenario that the 2020 caucus sees record turnout. Locking down most of the old guard is helpful, but you’ve got to mobilize new people too.

One of Biden’s biggest electoral strengths – his connection with working-class voters on basic economic issues – was front and center in his speeches.

“The moral obligation of our time is to rebuild the middle class,” Biden said in Cedar Rapids. “That’s my North Star.”

Biden also made sure to address problems that low-wage workers are facing, criticizing the non-compete clauses that fast food workers are often forced to sign. He also called for a $15/hour minimum wage.

“We can do this without punishing anybody,” Biden insisted multiple times in his stump speech about confronting climate change and college affordability. He argued that all the funds for major programs could be raised simply by closing the country’s many tax loopholes, which he said was eating up $1.6 trillion of the national budget.

One could guess that what Biden was doing here is pushing back on some of the messaging problems around things like the Green New Deal, which Republicans have attacked as undermining large sections of the economy. Biden may be trying to ease the concerns of voters who worry Democrats will use large tax increases or heavy-handed regulations to pay for their ambitious programs.

But by claiming that the country’s largest problems can simply be solved by merely closing some tax loopholes that won’t really upset anyone can also come off as too easy or too naive. It seemed reminiscent of the vague, happy-sounding rhetoric from politicians of both sides in the 1990s.  And it doesn’t match the ambitious, wide-reaching changes that other Democrats are proposing. Biden still has a lot of in-depth policy proposals he’ll roll out during his campaign, though, so perhaps we’ll get more on this front later.