In an earlier post titled “Five senate bills target Iowans on public assistance,” we took a deep dive into legislation that was designed to kick Iowans off the roles in various programs. They are the working poor, disabled, children, and the elderly. Many would be destitute if not for this assistance.

The messaging is that those on public assistance are somehow taking advantage of the system, a wedge issue that is propagated to create conflict among constituents. That distracts them from who the legislators who drive these wedges are working for, and it isn’t the voters.

Senate Study Bill 1131 is the real goal of these five bills, so it is important that we recognize the percentage of constituents in each Senator’s district the legislation would impact. If SSB 1131 gets to the Senate floor, a yes vote would make removing vulnerable Iowan’s from the roles much easier.

The vendor that wants this contract has incentive to increase their profits the more Iowans they exclude from the programs.

Rural Iowa would be the hardest hit

You can see from the map below the poverty rates in rural areas can be extremely high as a low minimum wage and limited jobs like convenience stores means that low skilled workers have no choice but to apply for assistance. An interactive map that has more precise percentages can be found here. 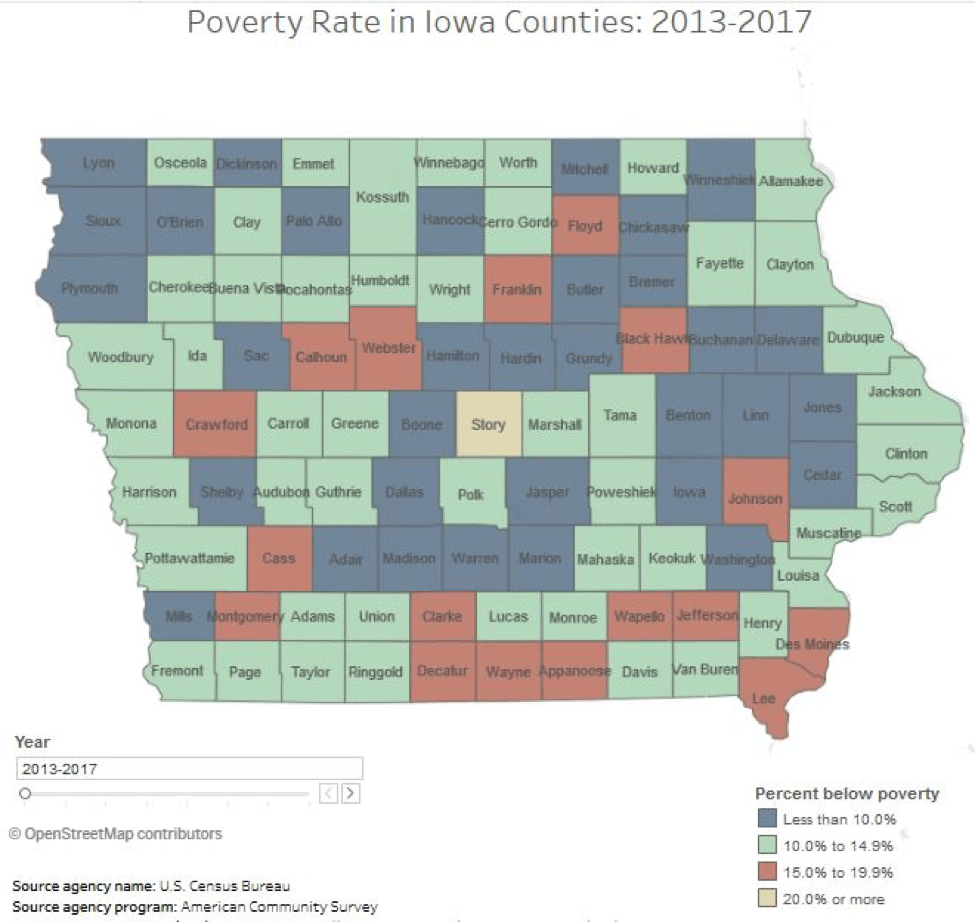 This data shows the percent of Iowans below the Federal poverty level. Medicaid, SNAP, and other programs allow a much higher threshold to qualify. To qualify for Medicaid, you can earn 138% of the Federal poverty rate. That means those earning 38% more than those represented in the map above are most likely on Medicaid as it is their only option for healthcare. This increases these percentages dramatically.

The Senator that sponsored this bill, Republican Jason Schultz, lives in Crawford County. If this legislation is enacted, one out of four of his constituents in Crawford would be impacted.

The table below shows the federal poverty levels as of 2019 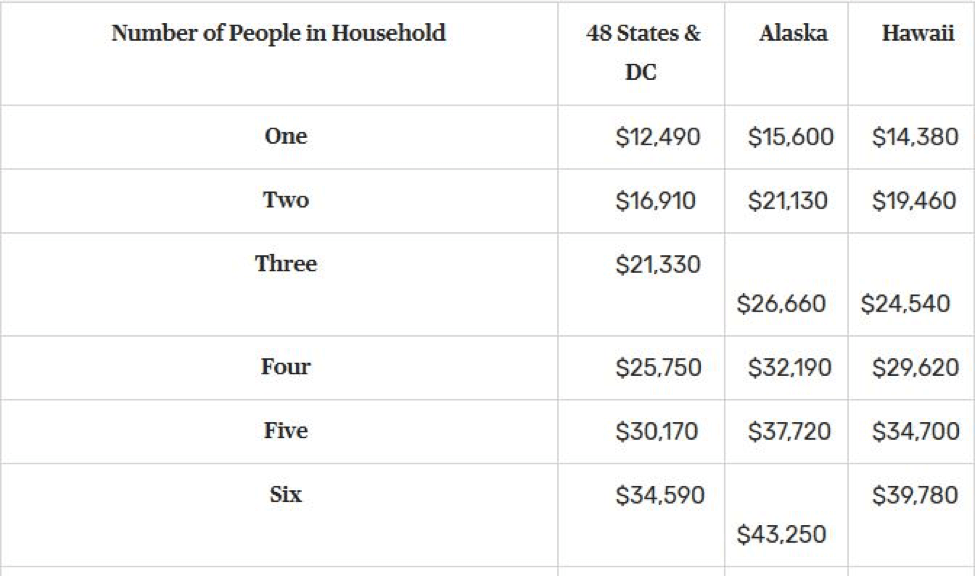 Senators’ votes are what will make things worse, not the current poverty levels

SSB 1131’s sponsor Senator Jason Shultz, Republican from Crawford County, lives in one of the counties with the highest poverty percentages in the state, 18.5%. That translates into at least 18.5% of his constituents in Crawford facing two to three times as many chances to be removed from assistance if SSB 1131 passes. DHS is an already overburdened system, and when mistakes are made it can take months to be reinstated. That is the strategy behind this legislation.

It’s important to recognize that a county with a high poverty percentage does not mean the Senator who represents it supports this legislation. Senator Herman Quirmbach, Democrat from Story County, represents Ames in Story county. Story counties’ percentage of Iowans below the poverty level is 22 percent, the highest level in the State. It’s a safe bet that Quirmbach will be voting against SSB 1131 if it’s brought up for debate.

A portion of Story county is also represented by both Senator Jerry Behn, Republican from Boone, and Senator Annette Sweeney, Republican from Hardin. If SSB 1131 gets to the Senate floor, we will see if they vote to make things harder for their constituents in Story.

Senators are represented below with a link to contact information on the left and an email address on the right. The far-right number is the percentage of constituents that are below the poverty level in their district to illustrate just how many Iowans are already struggling. This puts into perspective the level of cruelty Senators would be inflicting on their own constituents with a yes vote.

Please contact your Senator and ask them not to pass SSB 1131 that would take away lifelines to struggling Iowans. And you can contact Senate Majority Leader Jack Whitver and Senate President Charles Schneider and ask them not to bring this legislation to the Senate floor for a Vote!