For those who have been involved in multiple caucus cycles, you know that the campaign process in Iowa often takes on its own unique character. Every cycle, there are a new group of key local players, issue groups, favorite hang-out spots, and campaign strategies that all make frequent appearances on the caucus campaign trail.

We’re only in the early stages of the official 2020 caucus campaign season here in Iowa, but Starting Line has already started to notice several developing trends. Here’s some of the Iowa places that candidates will often visit, the people and groups everyone will meet, and the issues we’ll see discussed again and again. Enjoy.

Get ready to head down to the corner of Court and East 4th early and often during this Iowa Caucus. The new East Village event space Curate opened their doors in late 2017, offering up a spacious, modern-looking venue with lots of setup options, as well as a few back rooms perfect for “clutch”-style events with party leaders. Curate holds about 450 people, but one configuration Starting Line has seen is where they divide the room in half with a black curtain, making for a separate welcome/mingling area and a sit-down/main event space. And if too many people show up, you can simply make it larger. 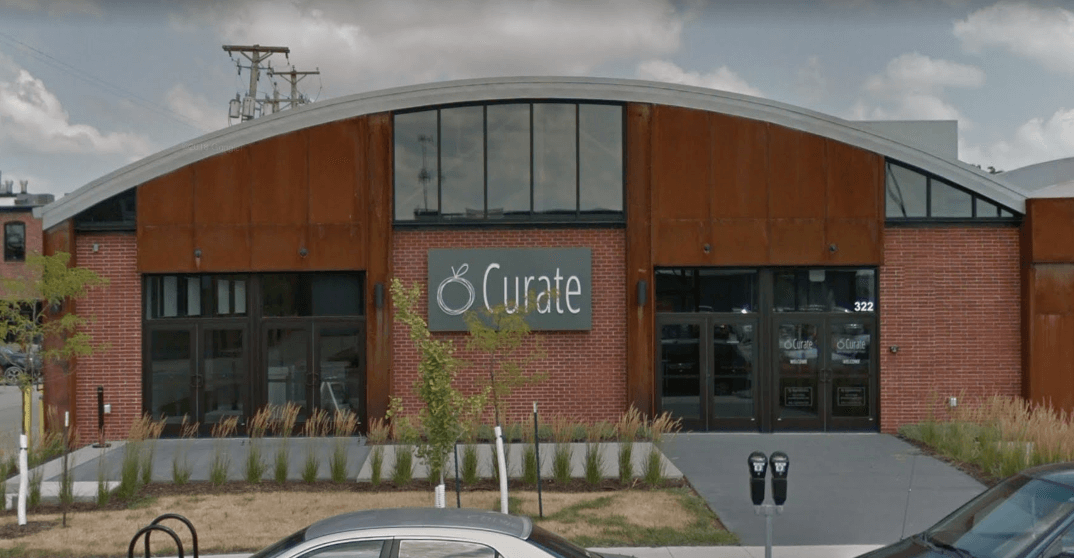 Elizabeth Warren, Tom Steyer, and Michael Bloomberg are among just some of the Democrats who have used it over the past year. It’s also easily walkable for all the left-leaning young professionals who live in the East Village and downtown. And Peacetree Brewing, just across the street, is a nice little after-party spot.

Before candidates have their full Iowa staff teams recruited, it’s helpful to go to counties where the local activists can throw together a good crowd at a moment’s notice. The Woodbury County Democrats are one of the best in the state at exactly that.

The county party started up a Truman Club recently, a membership group with rotating house party hosts that put on events with presidential candidates. Whether the featured speaker is a popular senator or a little-known long-shot, they get several dozen friendly Democratic activists out for an evening of good conversation and well-informed questions. And it offers candidates a throw-back to the old living room campaigning style of the early caucuses. 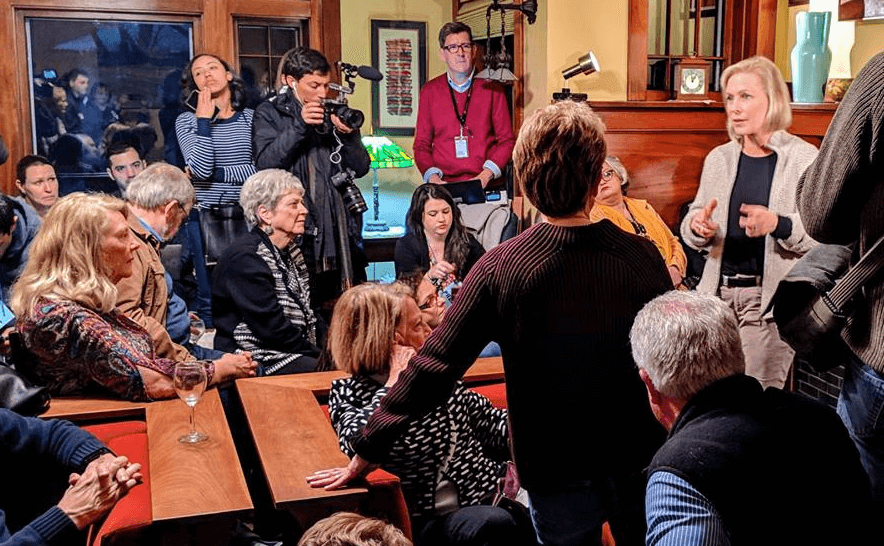 It also means that candidates are hitting up Western Iowa more, because if you’re going to drive up to Sioux City, you may as well pop over to Denison or Storm Lake or Spencer while you’re out there.

Everyone wants to hear about what the Pulitzer Prize-winning journalist from small-town Western Iowa has to say about rural America. Art Cullen became a nationally-known figure (he was already prominent here in Iowa) after winning the award for his Storm Lake Times editorial writings in 2017. A major forum on rural issues is already being planned in the Buena Vista County town for the 2020 field.

A Storm Lake stop is also a good way to signal your interest in Iowa’s Latino community, as the town is one of the state’s most diverse.

A Focus On Poverty Solutions

Every caucus cycle sees an influx of issue groups into the state, each organizing Iowans to pitch specific policy ideas to the presidential candidates. The newest organization, which has been the most visible so far this year, is Working Hero Iowa, a group working to spread awareness about the Earned Income Tax Credit in an effort to fight poverty. It was created by Joe Sanberg, a California entrepreneur who may yet run for president himself, and run in Iowa by J.D. Scholten. 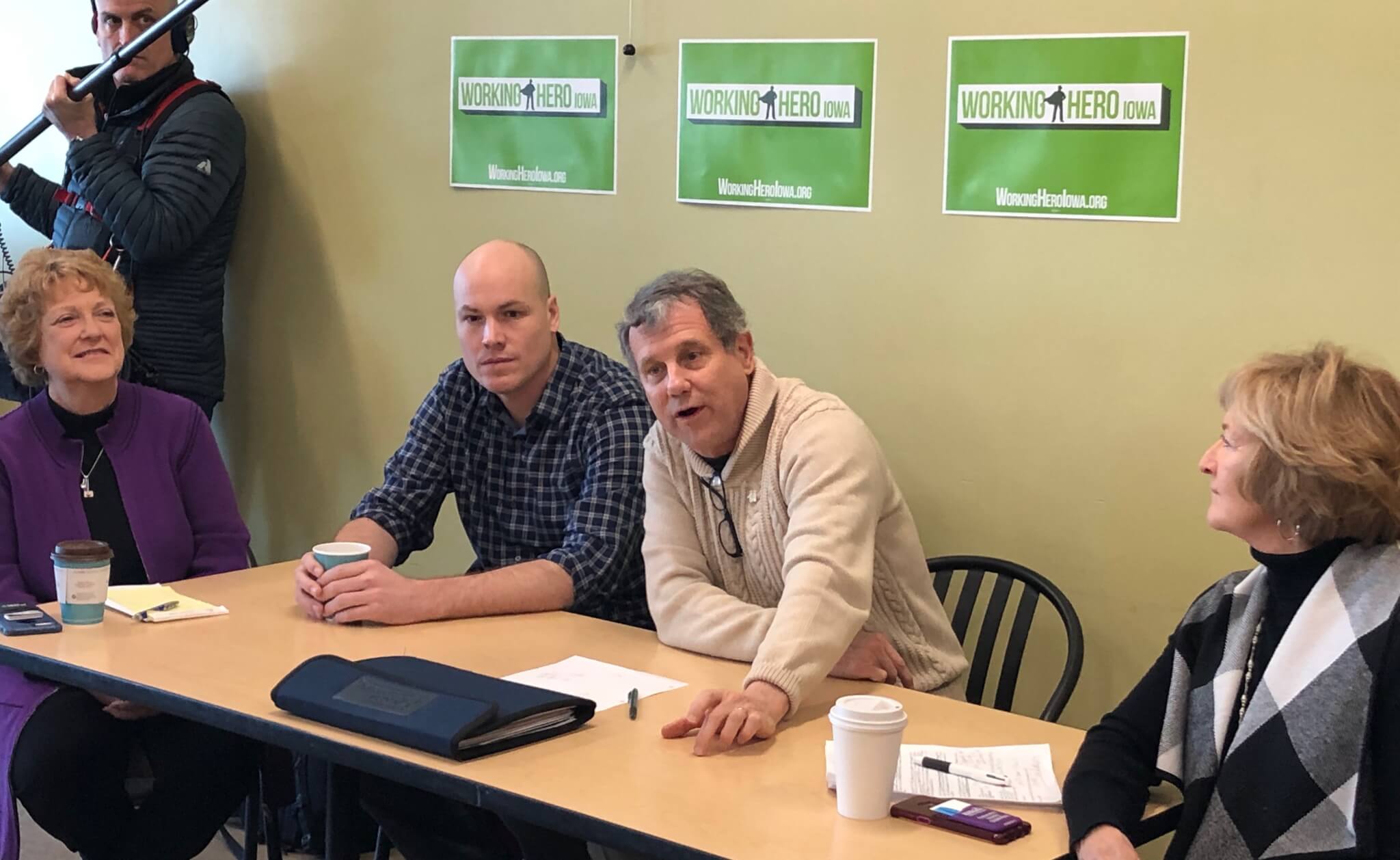 Many presidential candidates have reached out early to Scholten, who rocketed to national fame after nearly defeating Steve King last year, which has helped the group’s outreach. After announcing late last month, Working Hero Iowa has held or set up forums on the EITC with Sherrod Brown, Eric Swalwell, John Delaney, and Marianne Williamson.

Speaking of Scholten, multiple candidates have expressed interest in renting his Sioux City Sue, the Winnebago that Scholten criss-crossed Iowa’s 4th District with in his campaign against King. No matter who ends up with it, expect to see several presidential contenders doing RV tours across the state this year (perhaps when the weather gets better). Delaney already has his own. It will be a nice way to show Democrats here a commitment to local, retail politicking that the mega-rallies of last cycle got away from. 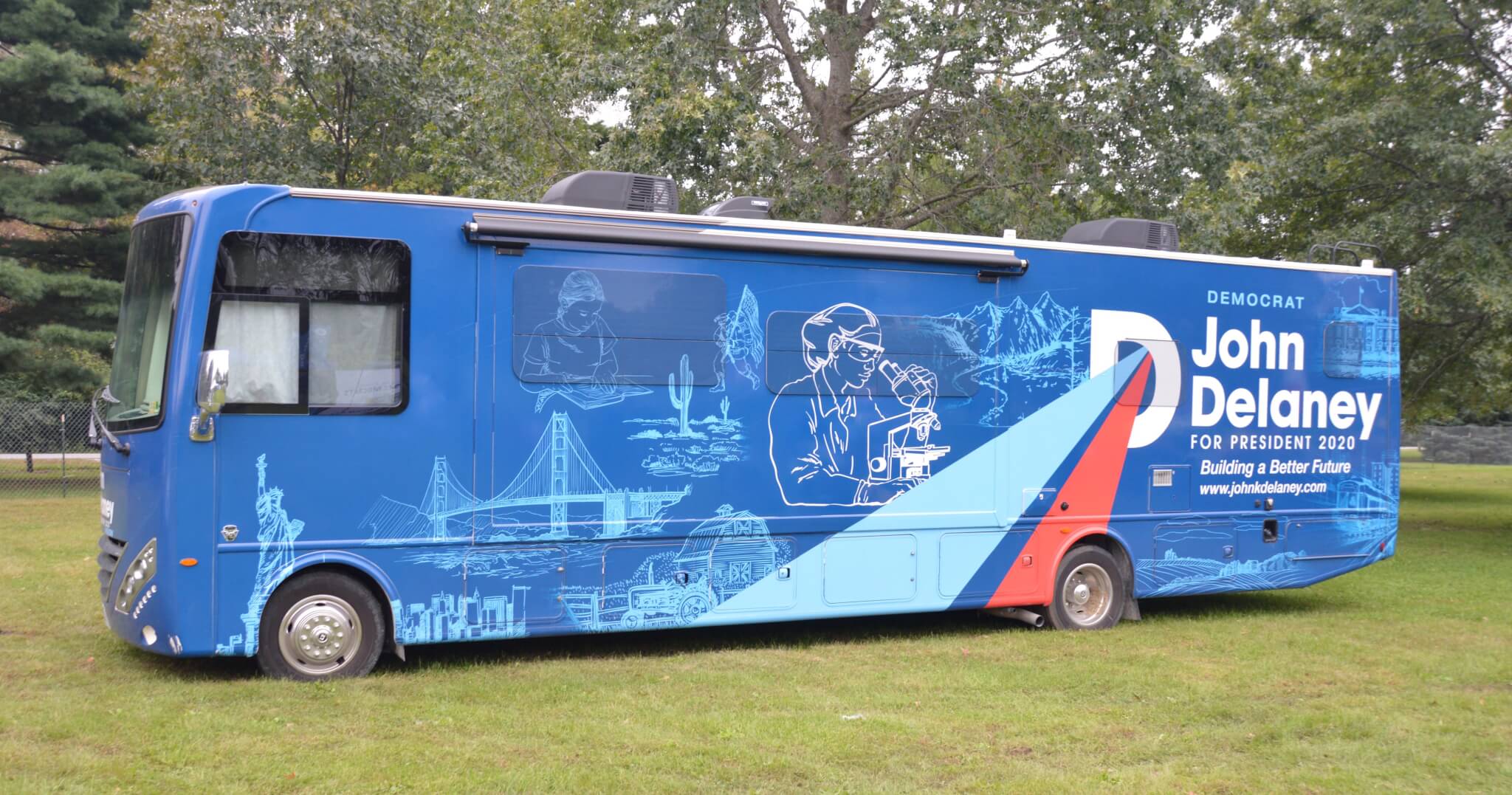 One of the very first stops any presidential hopeful makes in the lead-off caucus state is with the Asian and Latino Coalition, based in Des Moines. The organization has been around for some time, but Mitch Henry and Prakash Kopparapu really kicked the group into high gear in recent years. Its membership, which has expanded well beyond the Asian and Latino communities in Central Iowa, is one of the more active Democratic-leaning organizations in the state. Their ability to easily put together a 100+ person crowd brings in the candidates to their events that are typically held at the Statehouse or a Des Moines-area union hall. 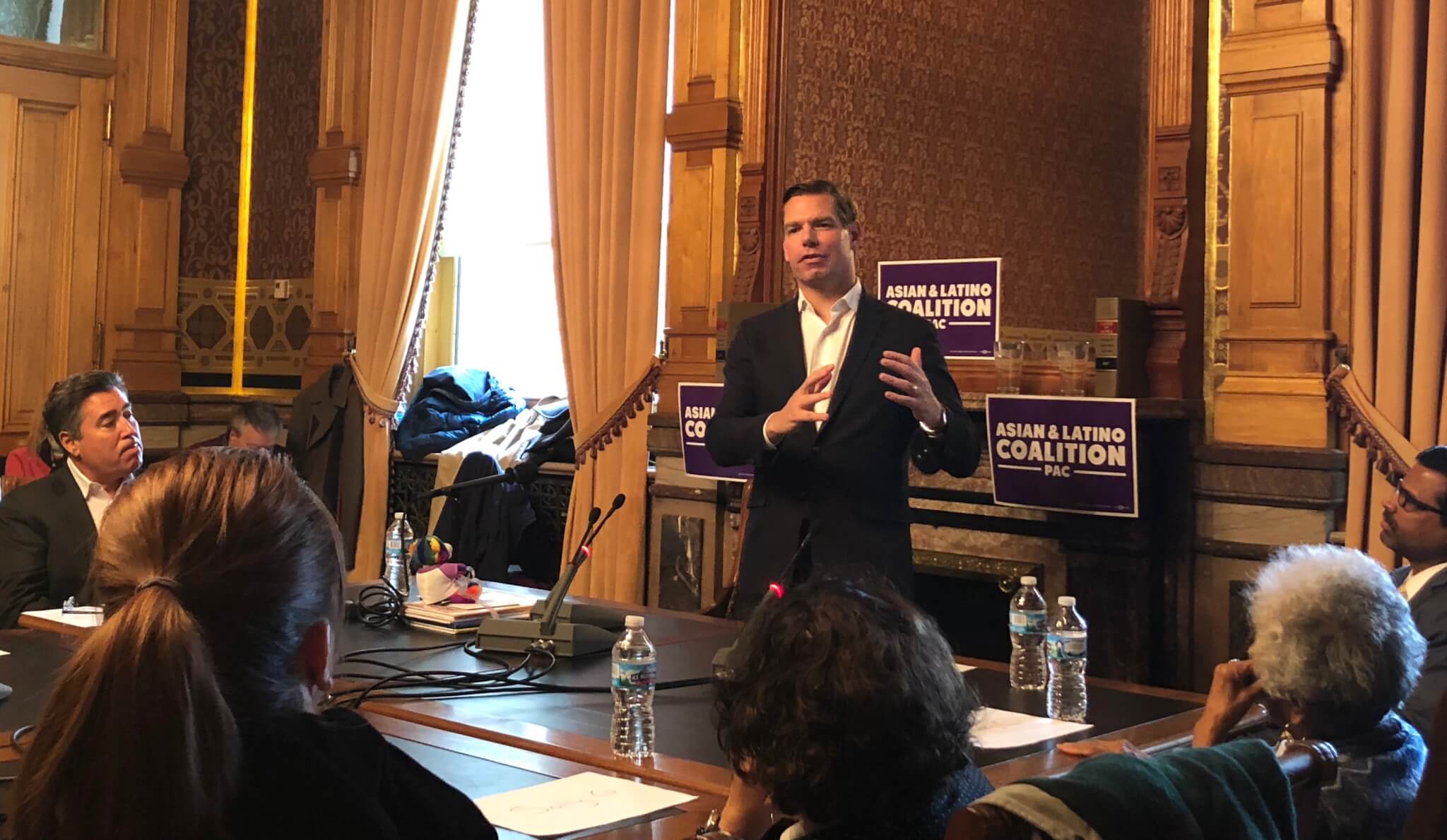 Yes, the East Village coffee shop that serves as the unofficial high school cafeteria of Iowa politics was around for the last caucus (Hillary Clinton stopped by frequently), but its prominence has only grown since. Large new apartment complexes keep springing up in the blocks around it, and nearly every incoming campaign staffer is renting here. Starting Line typically gets in all our necessary weekly political meetings just by showing up here a few times a week, whether we have anything scheduled or not. Actually, all of Des Moines’ coffee shops in a 5-mile radius of downtown have gotten increasingly packed lately. If anyone’s looking for a good business opportunity, this might be it.

The Des Moines metro’s fast-growing suburb emerged as one of the state’s biggest political battlegrounds in 2018. The Democratic activist core there is also one of the strongest in the state, drawing in many presidential candidates to win them over. All of the Des Moines suburbs are tempting targets, but Ankeny has gotten by far the most early visits from major candidates.

One new event venue that is drawing in large campaigns is the appropriately-named The District Venue, right in the heart of Ankeny’s newest entertainment district, which seemed to almost pop up overnight. Just like Curate, it’s perfectly suited for campaign rallies in the evening. 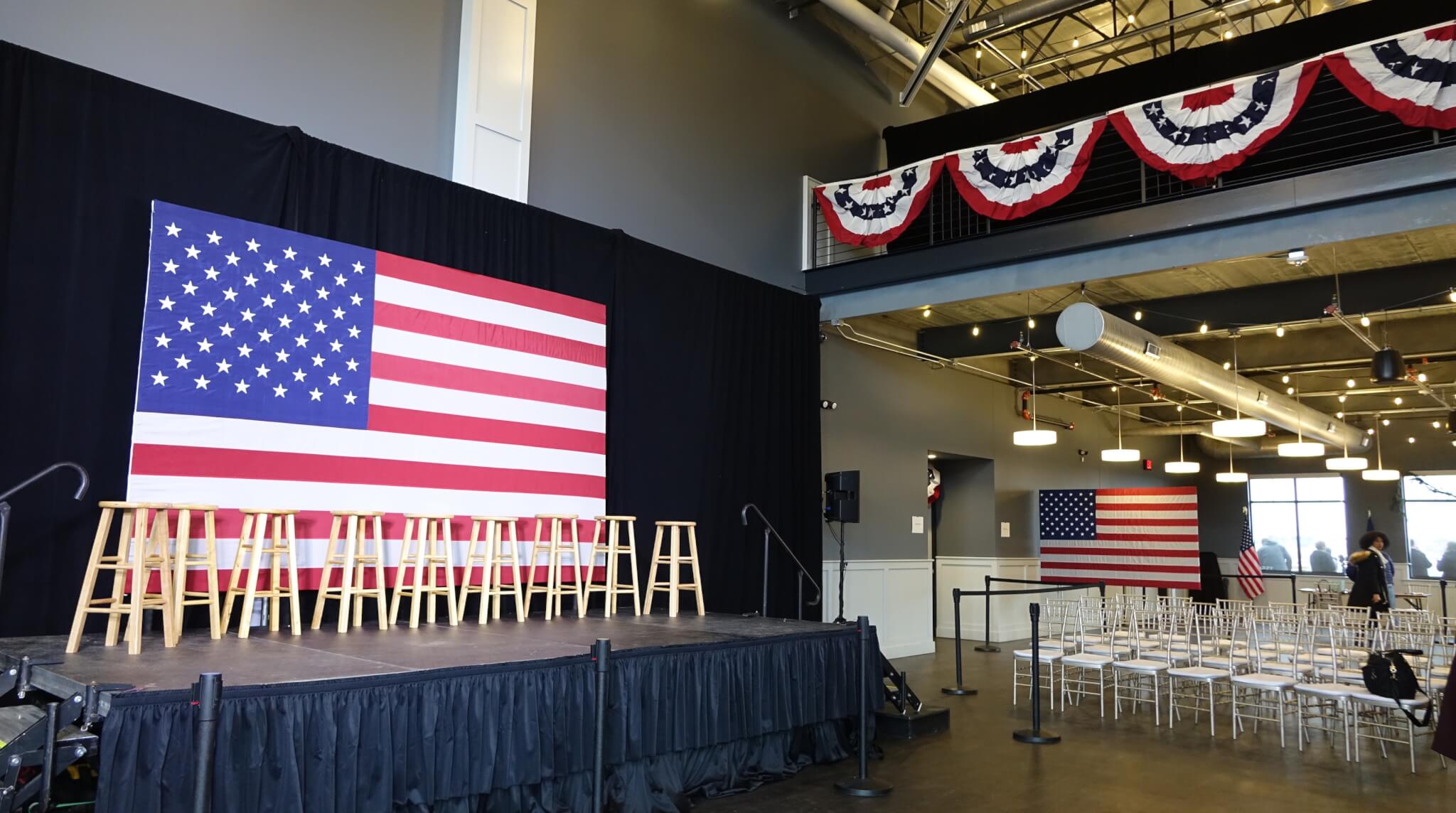 The nearby DMACC Ankeny Campus also provides a nice opportunity for candidates to do a messaging stop about technical training education.

Heading out to your local Democratic county party BBQ this summer? Get ready to sit through hours upon hours upon hours of speeches. If Democrats’ large congressional and gubernatorial primaries from 2018 are any indicator, we’re in for some very long events with a dozen or more candidates speaking.

This one is just a personal guess. Could we see a couple presidential campaigns headquarter their Iowa operations out of Johnston, Ankeny or Urbandale? The downtown precincts and most of Des Moines may be heavily-Democratic, but anyone who’s organized locally knows that a lot of the party’s volunteer base is the recently-retired, suburban Democrats in their 50s and 60s. And for those folks, it’s a lot easier to get to something on 86th Street or Hickman than it is to find parking in the East Village. Yes, the larger campaigns will have their own Polk County field offices, but it might not be a bad idea for a few folks to set up shop outside the downtown bubble. Just don’t start showing up to West Des Moines bars after work, campaign staff. That’s where Starting Line goes to get away from all you political people.

Got any other ideas? Leave them in the comments below.

4 Comments on "The New Sights, Players, And Hang-Out Spots Of The 2020 Iowa Caucus"