The woman in charge of Democrats’ campaign efforts in the House next year will be Cheri Bustos, one of the party’s leading strategist on winning difficult Midwestern seats.

The Illinois congresswoman was selected today by her House colleagues to chair the DCCC, the party’s campaign arm that oversees most House races. She beat out two Democrats from Washington State, winning with 117 votes to Suzan DelBene’s 83 votes and Denny Heck’s 32 votes. Another contender for the job from New York dropped out for health reasons.

In selecting Bustos, Democrats now have someone who’s extremely skilled at getting elected in Midwest areas that Donald Trump carried. Trump narrowly won Bustos’ district by about one point in 2016. That same year, Bustos won it by 20 points. She carried it again in 2018 by 24 points, the largest margin of victory for a Democrat in a congressional district that Trump won.

Bustos has represented Illinois’ 17th Congressional District since 2013. Her seat is very similar in demographics to Iowa’s 1st and 2nd Districts, and it runs right up alongside Iowa, stretching from Dubuque to Fort Madison on the other side of the river. Bustos represents Moline, Rock Island, parts of Rockford and Peoria, and many rural counties in between. 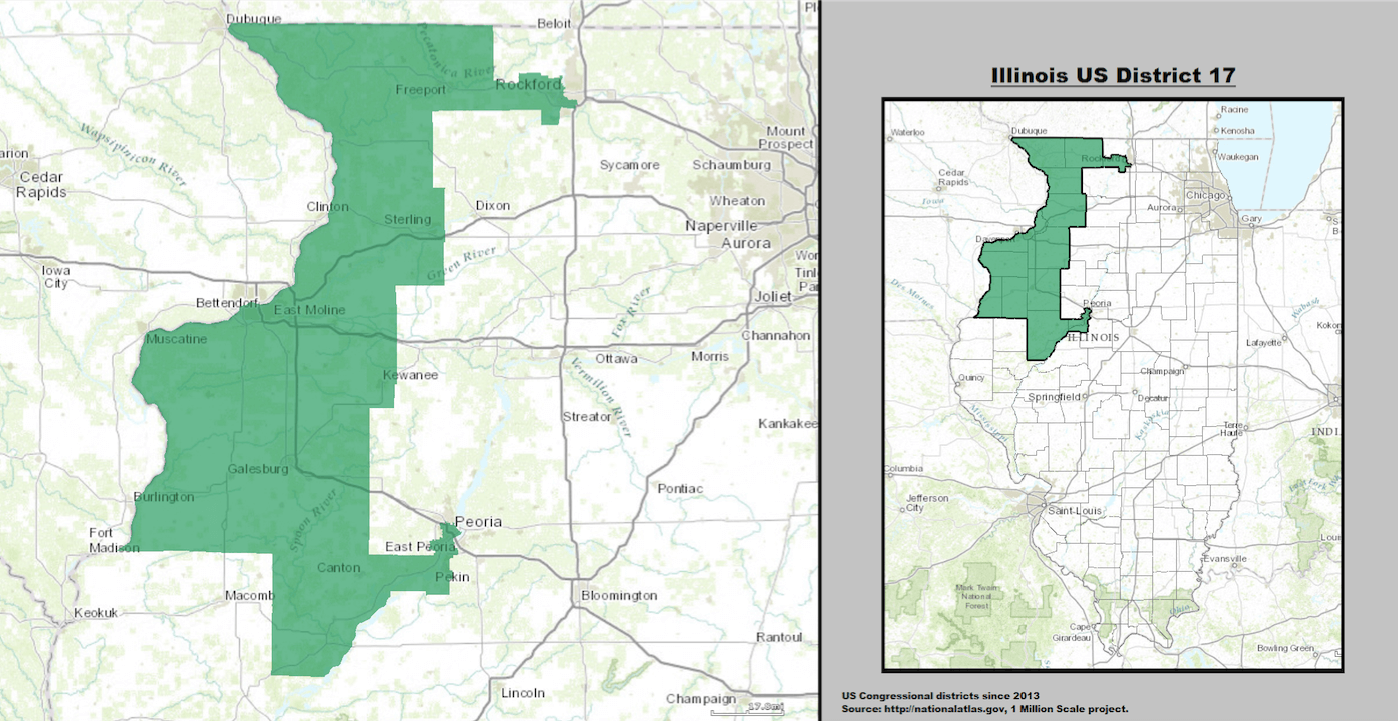 A former reporter and healthcare executive, Bustos has campaigned extensively for other Democratic candidates, including Cindy Axne and Abby Finkenauer this past year. She’s also done a lot of work with Dave Loebsack in the House on matters that affect the Quad Cities. She typically shows up a couple times a year in Iowa, and was one of the keynote speakers at the Polk County Democrats’ Steak Fry last year.

Actually, aside from the presidential hopefuls, there’s probably no other out-of-state Democrat who visits Iowa as often in recent years as Bustos have. Many Iowa Democratic activists have come to see her as a good friend and ally here.

Bustos also helped with recruitment efforts this cycle for congressional races, and she mentored many Democrats who were running in Trump districts like her own. She’s often urged the party to return their policy focus to economic issues, travel their districts extensively to connect with people in-person and avoid the ideological extremes.

Bustos’ selection as the next DCCC chair is particularly good news for Axne and Finkenauer. While both ousted Republican incumbents this year, there’s no guarantee their next race in 2020 will be any easier than this one. It’s still not clear just what Trump’s presence on the ballot in two years will do, especially in places like the 1st District where he flipped a lot of former Democratic voters.

With Bustos at the helm, both Axne and Finkenauer will have someone leading the party’s campaign strategy that knows their districts better than few others in the country. And while the polls and national trends do still dictate some strategic choices, one would think that Bustos wouldn’t abandon Midwestern swing seats in favor of contesting some completely new region.

The DCCC had already made noticeable strides this year in the quality of campaigns they ran. In Iowa at least, both Axne and Finkenauer ran TV ads that did a much better job at telling a personal story about the candidates. That’s in contrast to the heavily poll-tested ads from recent years where you could have easily dropped in any random Democrat into it to speak the lines and not notice the difference.

Bustos’ selection as chair should hopefully only continue that trend and help solidify the party’s new House majority.