Democrats in Iowa leapt at their first chance to cast a ballot in the 2018 election yesterday, far outpacing the number of Republicans who did the same.

The Secretary of State’s office reported this morning that 7,870 votes are already in the bank from the first day and a half of early voting. Of those, 4,421 came from registered Democrats, 2,403 from registered Republicans and 1,008 from registered No Party voters.

However, it’s a little difficult to compare the two years as early voting began on September 25 in 2014. Republicans recently passed a new law to limit the number of early voting days, pushing the start back 10 days in the cycle. It also was raining all across the state yesterday.

Still, Democrats have to be happy to get out to a nice head’s start in a year where they face crucial statewide and congressional races. The total number of early votes cast should jump substantially in the coming days as the first wave of absentee ballots arrive in the mail. On that front, Democrats have requested far more absentee ballots than Republicans: 84,640 to 21,656. However, Starting Line hears that Republicans’ bulk of absentee request mailers have yet to hit.

Most of yesterday’s votes came from in-person visits to county auditor’s offices. Democratic candidates and local parties organized early vote rallies across the state today, often seeing dozens of party loyalists come out in the pouring rain to march to a courthouse.

The party also got a hand from Senator Cory Booker, who is spending several days in Iowa after his Saturday speech at the Fall Gala. He kicked off a Monday morning rally in Adel with the Dallas County Democrats. 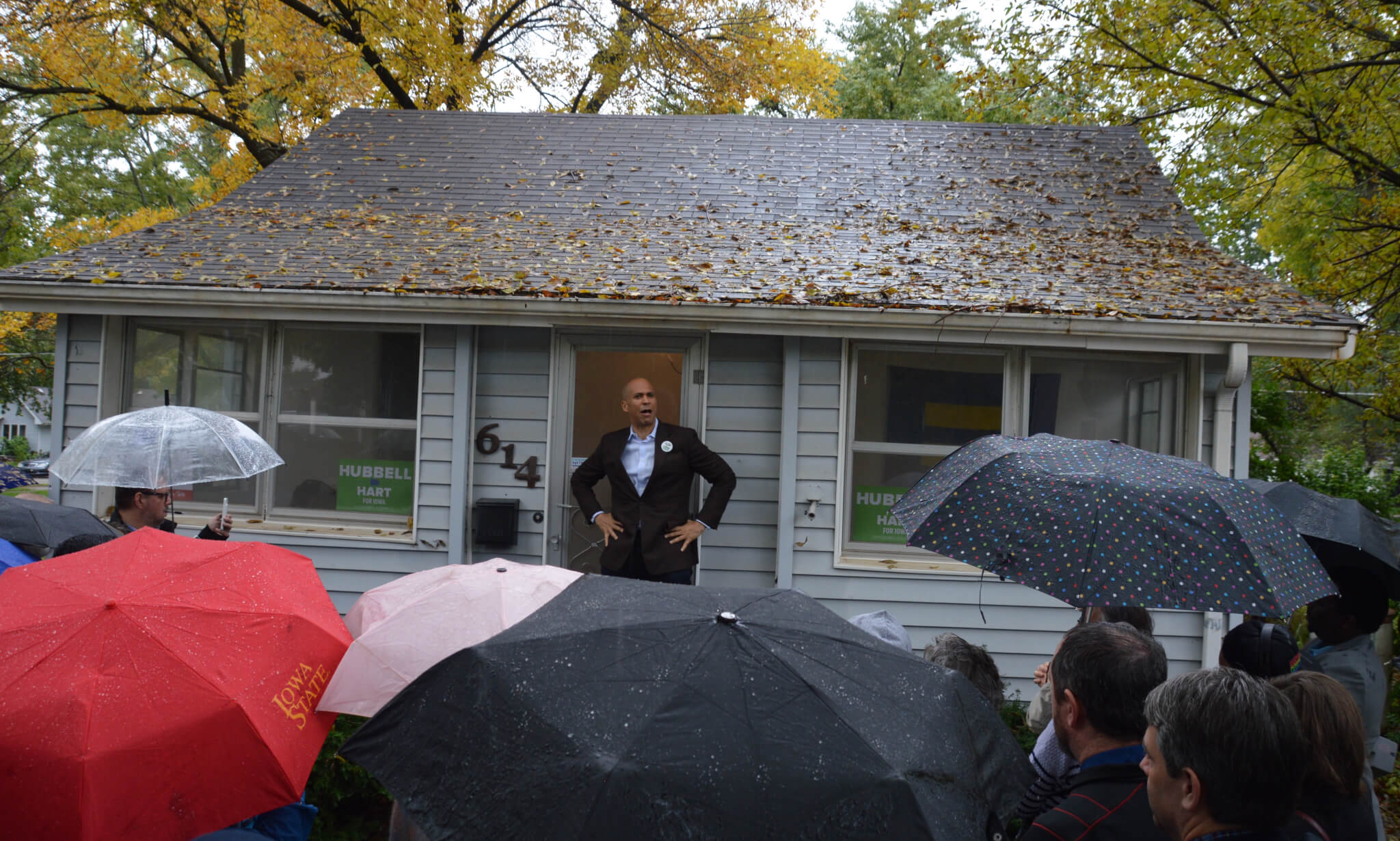 Booker later drew a crowd of around 200 extremely enthusiastic Democrats in Boone County. There he spoke some about agricultural policy and other policy reasons to encourage people to vote early. 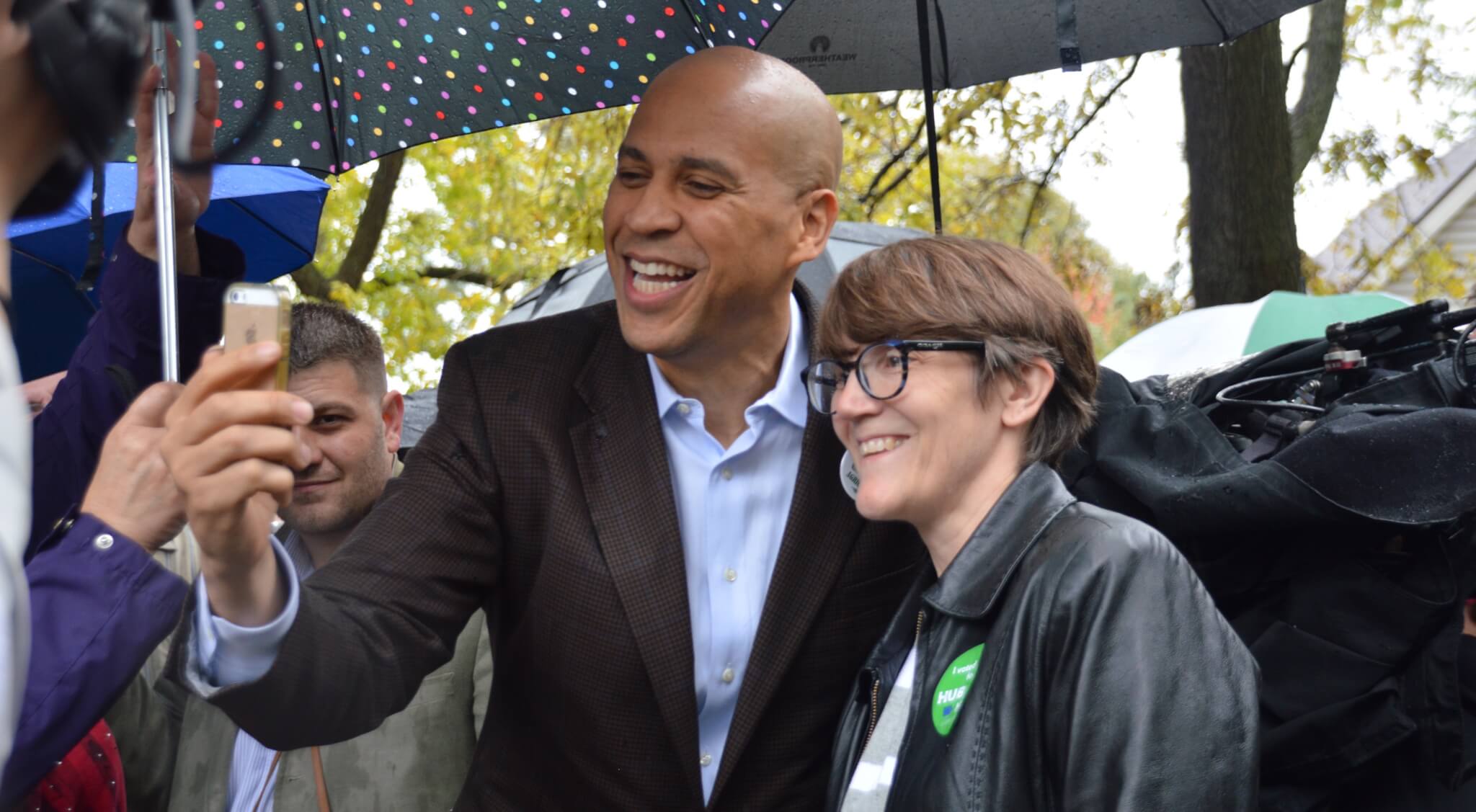 The second-largest number of early votes came from Polk County (Johnson County got even more). Democratic candidates Fred Hubbell and Cindy Axne kicked off a rally near the auditor’s office in downtown Des Moines yesterday morning.

“The most important thing we can do is protect and grow our democracy by making sure our voices are heard at the ballot box,” Axne told the crowd. “This year is one of the most important elections that we’re ever going to see in our lifetimes. Our early voting has been cut by ten days, so we’ve got to make every opportunity out of this next month as we can.”

A group of women dressed up as suffragettes led the Democrats to cast their ballots. 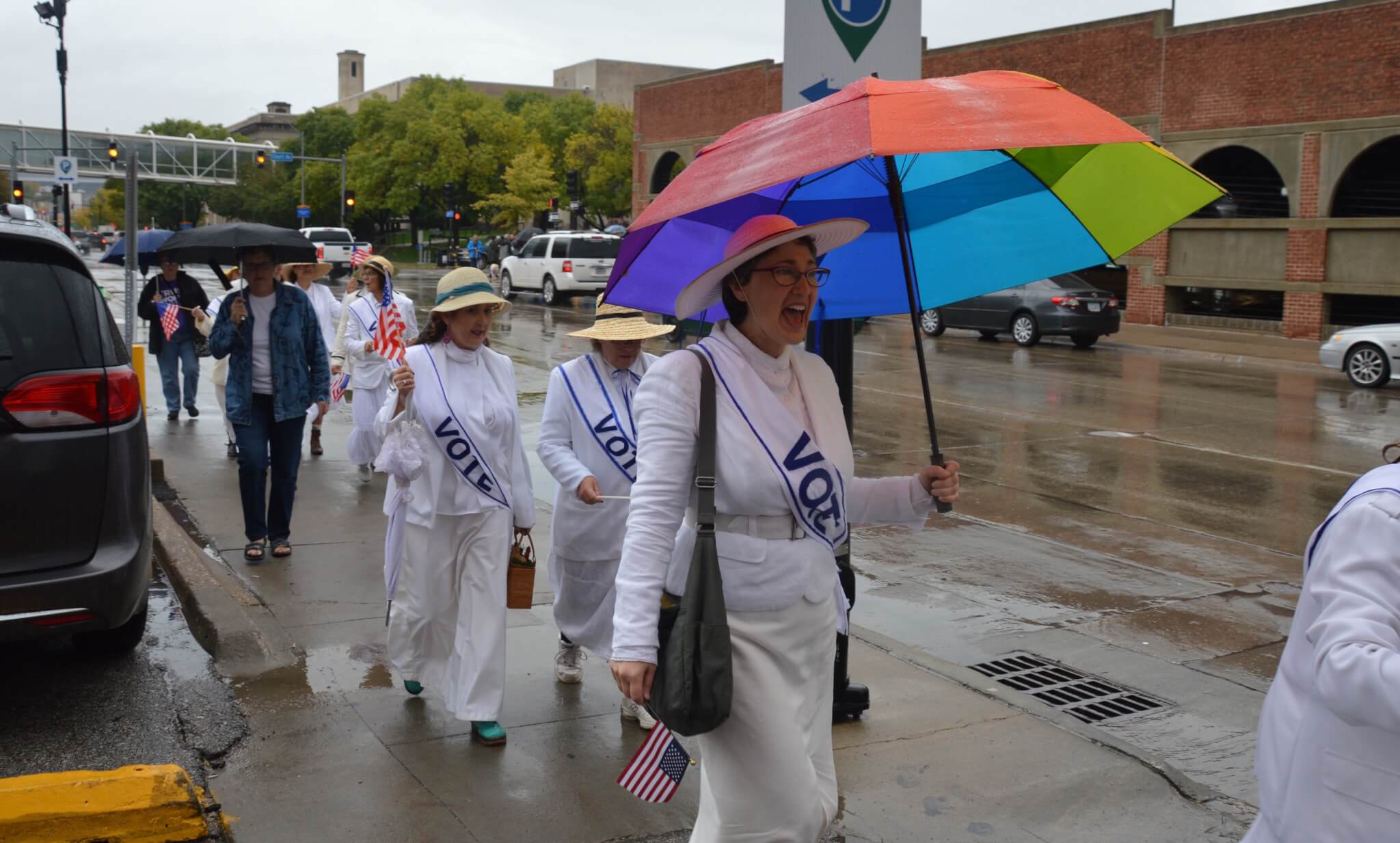 Hubbell told the activists and volunteers that showed up that they need to bring ten more people with them out to vote. Preferably, that would be done early in order to avoid any uncertainties on Election Day.