Taylor Van De Krol, a 26-year-old Senate clerk, aide to Matt McCoy and former county party chair will be Democrats’ nominee for their must-hold Senate District 15 seat. Democratic central committee members from Jasper and Polk counties met this evening in Colfax, picking Van De Krol on the first ballot with 55% of the vote in a three-person field.

Senator Chaz Allen surprised Iowa political watchers last month by announcing that he would not seek reelection to the swing district that covers Newton and Eastern Polk County. A popular former mayor, Allen was seen as a sure bet against Republican candidate Tim Shay, who had raised no money at all. But after Allen’s decision, Shay dropped out to allow Republicans to choose a more competitive nominee. They will likely schedule their own convention in the coming days. 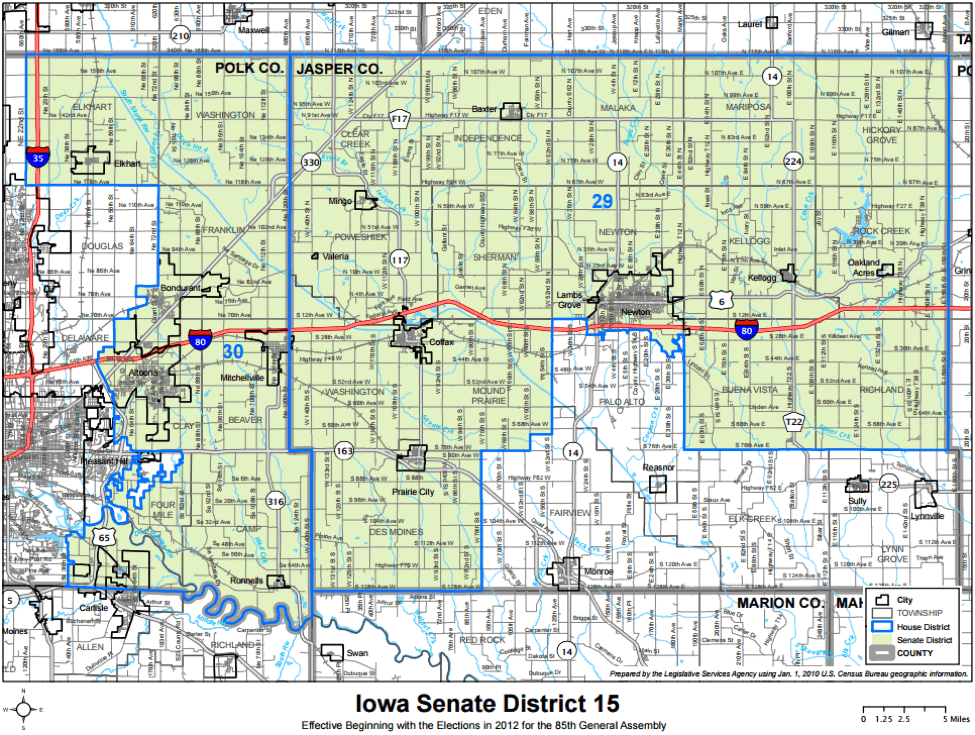 The other candidate with serious support in tonight’s race was Lori Slings of Altoona, who has served many years on the Southeast Polk Board of Education. Some had seen her as a good candidate to step into a three-month race given her past success in electoral politics. Cindy Pollard of Newton ran for the nomination as well, though in her speech Pollard encouraged delegates to back Slings.

But Van De Krol benefitted significantly from his deep ties to Jasper County activists from his time as party chair, as well as the county’s disproportionate share of the delegate vote. Jasper County had 30 of their 34 precinct delegate slots filled by the time of the convention. Polk County’s rules requires 60 days of notice and a two-step voting procedure to seat new members. Only 14 of Polk County’s 32 delegate slots were filled by this evening.

“I come from a working class family,” Van De Krol told the group of about 75 Democrats gathered at the Colfax-Mingo High School cafeteria. “My dad worked in factories for over 30 years … I know what it’s like to live paycheck to paycheck. At one point I had four jobs just to make ends meet.” 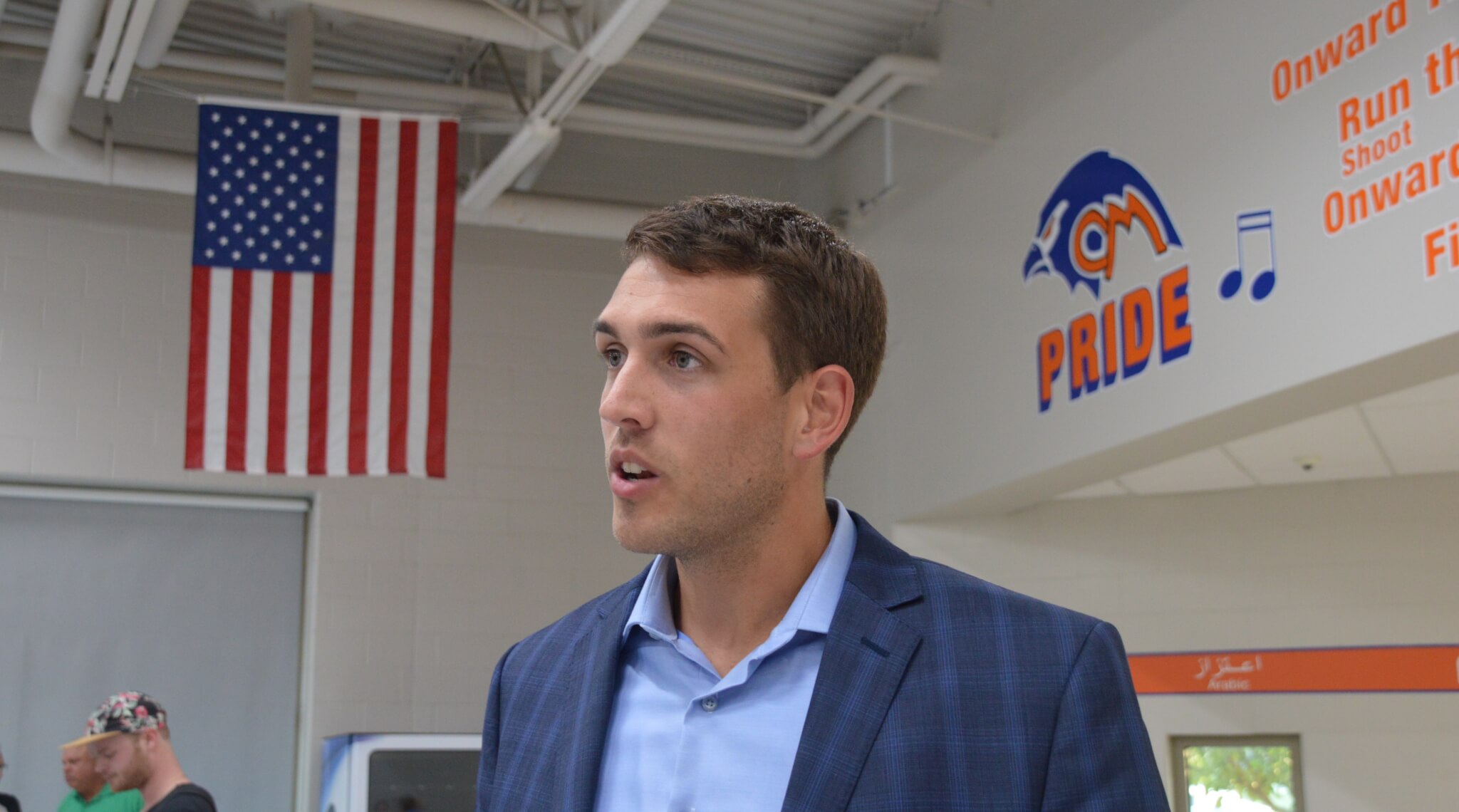 He also spoke about his mother’s struggles with mental illness and his commitment to getting Iowa to focus more on the issue.

“I know there are stigmas surrounding mental health,” Van De Krol said. “We have to make mental health a priority in this state.”

Van De Krol was the youngest county chair in the state when he ran the Jasper County Democrats’ operation several years ago. He would narrowly take the mantle of youngest-ever state senator elected from fellow Democratic candidate Zach Wahls from Johnson County if he wins. Wahls recently turned 27.

“I have a lot of student loan debt, and like many young professionals, student debt is turning into the new monthly mortgage,” Van De Krol said. “I want to make sure that secondary education is affordable to everyone regardless of zip code or economic class.”

Given the current average age in the Iowa Senate, it would be quite a striking change for two under-30 Democrats to get elected to the chamber in the same year. A successful campaign by Van De Krol would also mean that the Senate would still have a LGBTQ member following McCoy’s departure.

“This was a whirlwind of two weeks,” Van De Krol said after his victory. “I’m a door-knocker, I’ve knocked 30,000 doors in my lifetime. … I think going to the voters in-person is the most important way to swing them.”

Senate District 15 was not on the board of competitive races before Allen’s decision, which forces the Democrats to consider spending significant funds to hold this seat. Donald Trump carried it in 2016, 53% to 39%. Jasper County used to be a reliable Democratic county, but Hillary Clinton only won 40% of the vote there.

Towns like Newton may move back to the blue column in 2018, but the local Democratic Party has not been organizationally strong in Eastern Polk County for a while. A young candidate will have a lot of work to do between now and November to introduce themselves to voters.

Fortunately for Van De Krol, he should be able to spend his entire time over the next three months on the campaign. And his past clerking work for McCoy and Pam Jochum should give him plenty of connections to raise money quickly. He also ran McCoy’s successful supervisor campaign earlier this year, so he has solid campaign experience under his belt.