The 6-week abortion ban law that Republicans passed this week should get bogged down in the courts for years, but the political fallout from it will come much sooner. While some in the far-right evangelical community will be happy, most Iowans aren’t eager to see the state be known as the most restrictive in the country on women’s reproductive rights. And the further details of it – like forcing women to report a rape long before they may be comfortable doing so – could prove very politically damaging to those who voted for it.

Governor Kim Reynolds’ signing of the bill won’t help their statewide ticket this year, but some legislators could find themselves particularly vulnerable after their vote. Here’s a look at just three of the most at-risk Republicans based on their past votes, statements or districts, as well as the Democrats running against them. 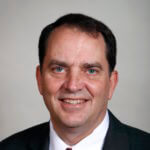 Bergan will have a peculiar flip-flop in his vote to explain to constituents back home. He was the only Republican who voted against the 6-week abortion ban in committee, then switched to a yes vote when it got to the full chamber.

Changes like that look suspicious on bills that only get 51 votes. When you get the bare minimum needed for passage, funny things sometimes happen behind the scenes. Questionable deals are often made to ensure they get that final vote, so Bergan’s quick reversal deserves more scrutiny. What does he really believe and did he get anything out of his vote switch?

Some parts of the district in the more rural areas may be happy with his vote, but he’ll have serious problems in liberal-leaning Decorah. That’s particularly bad for Bergan, who has deep roots in Winnishiek County, which helped him win this swing district in 2016. Koether is starting to get a lot of attention in Democratic circles around the state as an exciting contender who has put together a serious campaign. She works at an ISU extension office in Winneshiek County helping farmers with sustainability and business practices. She has a background in raising livestock from her family farm that she grew up on near McGregor. A younger candidate, Koether seems to fit the district well and has been raising the funds to compete. 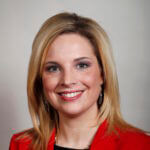 Hinson’s vote for the 6-week abortion ban is a reversal from her previous attempts to cast herself as a supporter of Iowa women’s reproductive healthcare access. “I think the government should stay out of women’s healthcare decisions,” she told a local crowd in 2017. That was during the debate over defunding Planned Parenthood. Hinson explained that she herself used Planned Parenthood’s OB/GYN services.

Now Hinson has revealed herself to be an extremist on the issue of women’s healthcare rights, willing to vote in favor of the most restrictive abortion bill in the entire country. That won’t play well in her suburban, moderate-leaning seat that covers parts of Cedar Rapids, Hiawatha and Marion.

Hinson, the former TV news anchor, has quickly established herself as a leader in the House willing to manage key pieces of legislation. She’s remained popular from her high-profile journalism career, but she’s putting her reputation at risk this session, making her first reelection effort tougher than originally thought. 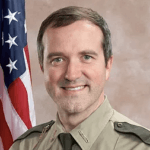 A special education teacher and volunteer sheriff special deputy, Gjerde is another Democratic challenger with a good profile for a suburban swing district. Gjerde impressed with his initial fundraising report from 2017, bringing in over $16,000 as a first-time candidate, and has a professional-looking campaign. He’s also a coach at one of the local high schools. 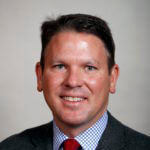 The West Des Moines-based seat that Cownie represents certainly isn’t a hotbed of evangelical conservative activism. It’s also quickly trending Democratic since Trump’s election – Clinton won it 51% to 42%. Cownie definitely hasn’t acted this session like a reasonable, independent-thinking Republican that can win crossover support – he’s moving in the opposite ideological direction of his district. His vote to make Iowa more extreme on women’s reproductive rights than even Deep South states may be the final nail in the coffin for this suburban Republican. 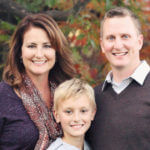 A small business owner who worked in public relations, Sunde is seen as a top Democratic prospect who can defeat a longtime Republican incumbent. She saw up close and personal the problems with Iowa’s Medicaid system while acting as a foster mother to two foster children. You can read more about her in our previous profile.