Several hundred middle and high school students from around Central Iowa gathered in front of the Capitol today to rally for stricter gun control measures. It was part of a nationwide walkout effort building upon the increased anti-gun violence activism since the Parkland school shooting.

The event was organized by local students and assisted by organizations like Progress Iowa. Young people spoke to the crowd, a short forum was held with Democratic candidates and students who were old enough got registered to vote. “I think this is a problem that is going to define our generation,” said Raj Ojberoi, an 18-year-old senior at Urbandale High School. “There was Vietnam, there was civil rights, there was slavery. Gun violence has been plaguing America for my entire existence and before. We need to deal with it as soon as possible before more lives are senselessly lost.”

Urbandale High School held their own local walkout about an hour before the rally at the Statehouse. Ojberoi said about 200 people showed up for that. He also helped organize the rally downtown with the help of Progress Iowa.

Many attendees brought their own homemade signs to the event. A few parents attended, but by and large students came to the Capitol on their own or on a couple busses. 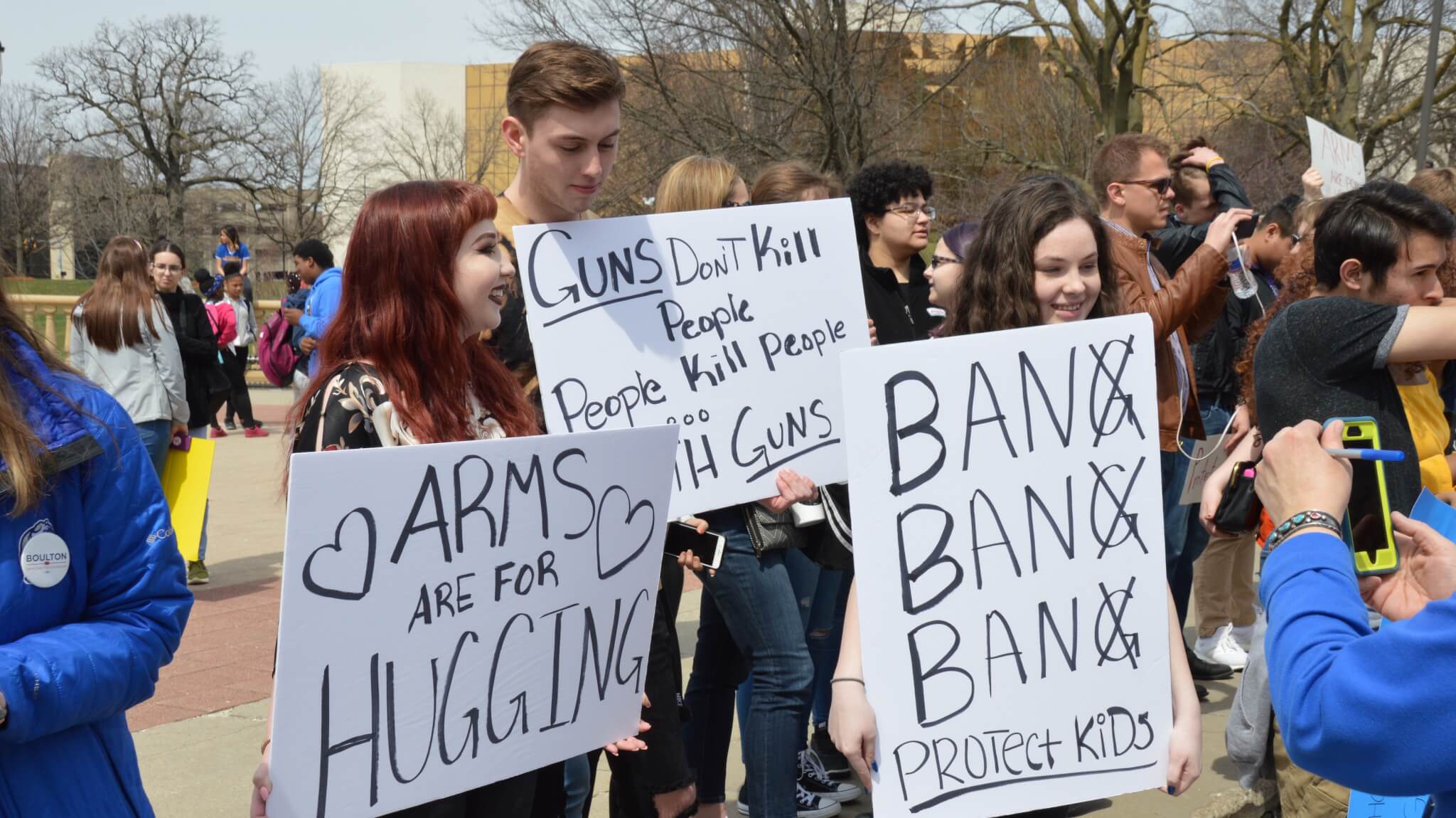 “It impacts so many people in my school and my community,” said Ava Torres, a senior at Hoover High School. “It’s a fight we’ve been fighting a long time, it just hasn’t gotten the attention it needed … I think the recent action from the Parkland students have really broken that barrier nationally. That’s given us an opportunity to be heard and be seen.”

Torres added she felt her generation had been ignored on gun violence concerns and they were finally able to show with rallies like this what they’ll be capable of in politics. 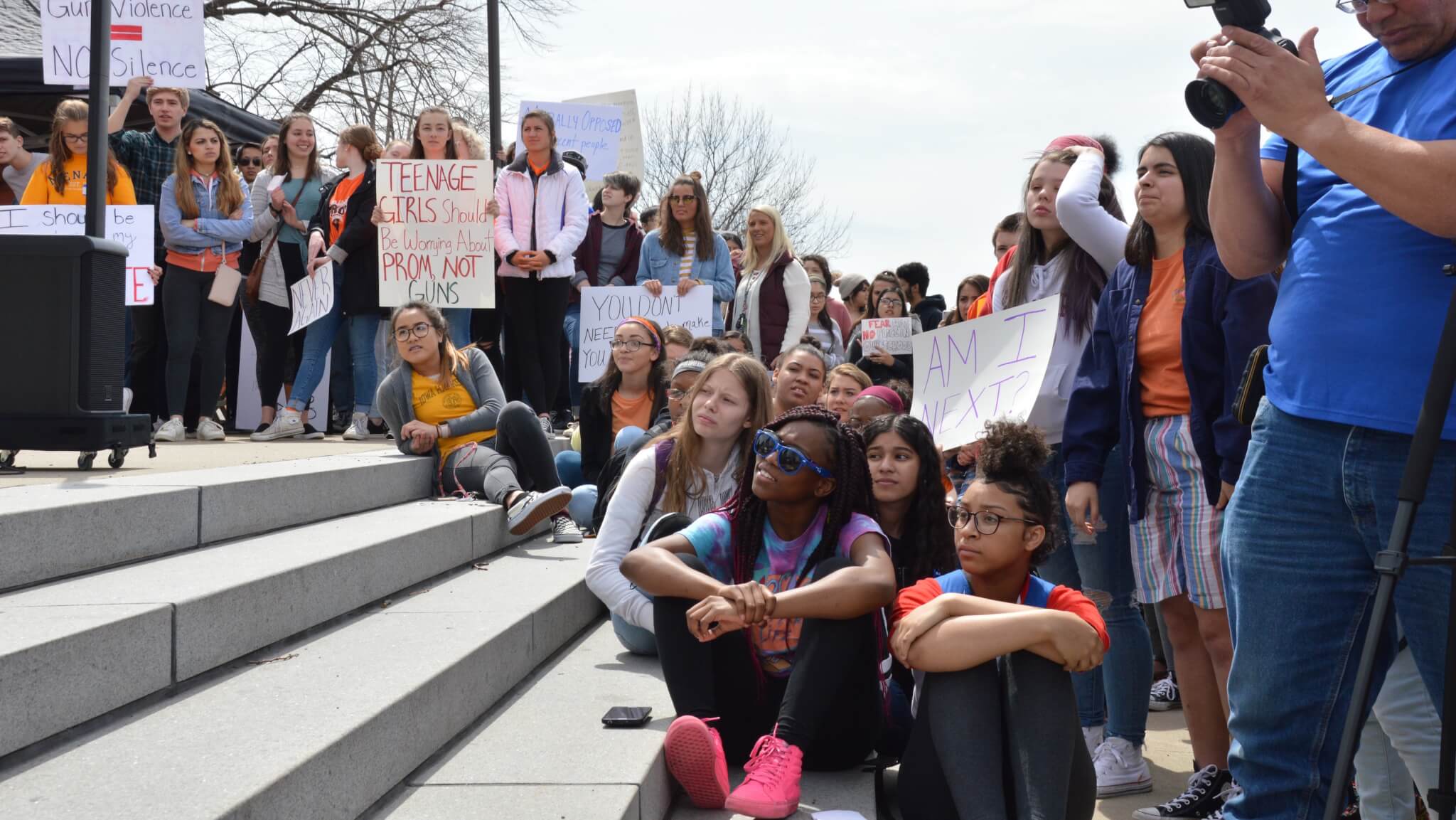 NextGen Iowa was on hand to help register students to vote in the upcoming primary and general election. NextGen was heavily involved in climate change issues in Iowa over the past two campaign cycles, and is planning another massive youth vote organizing effort in 2018.

“We were swarmed the entire time today. They were so excited,” said Haley Hager, the state director of NextGen Iowa, about students registering to vote. “Young people today are fired up and we are ready to fight back against destructive Republicans like Donald Trump and David Young … We are not sitting on the sidelines anymore and we are going to come out here in full force.” 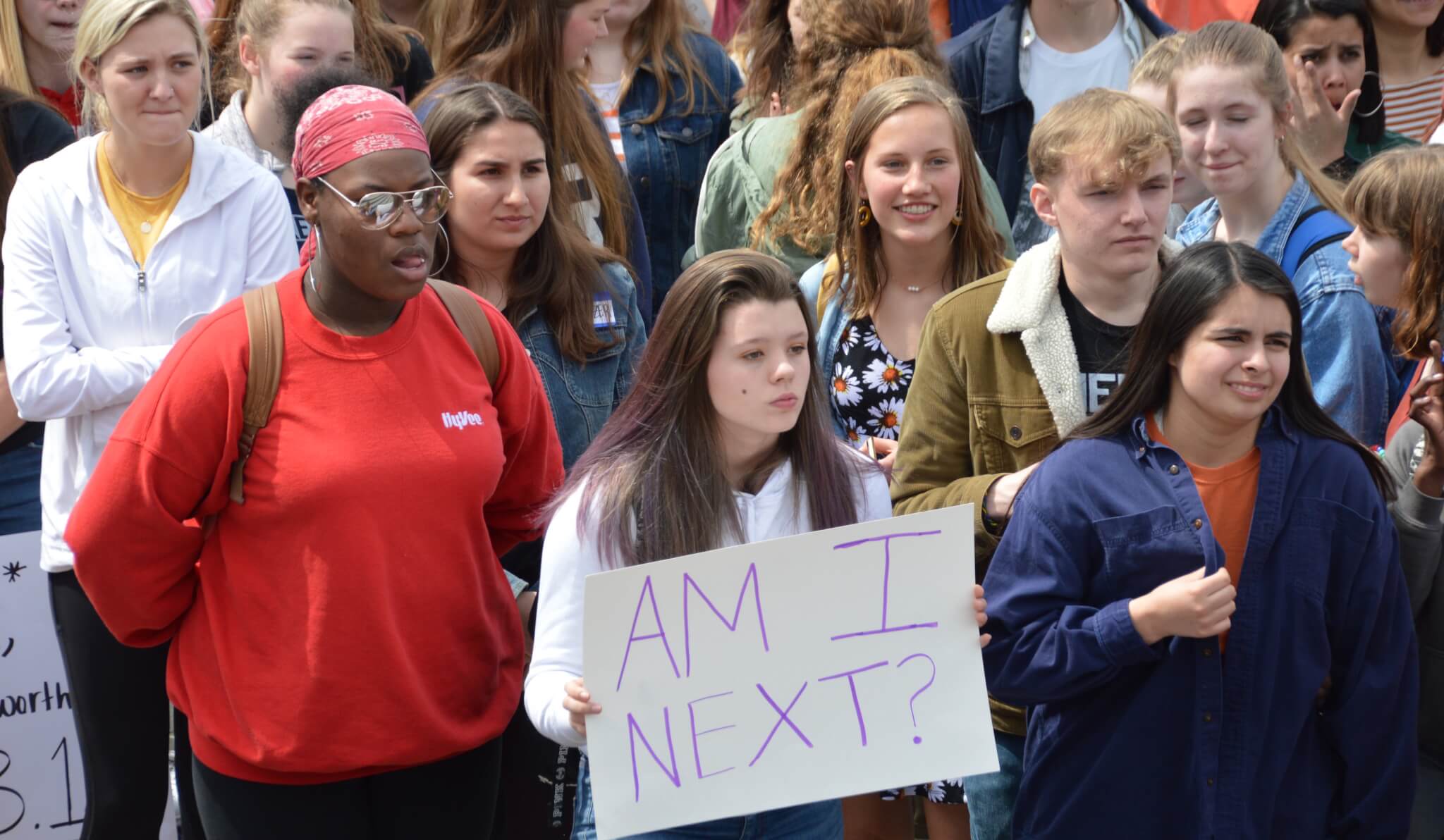 While the majority of the students at the rally came from nearby high schools, some groups of middle schoolers attended as well. Daveontezn Davenport, a 14-year-old 8th grader at Weeks Middle School, rallied some of his fellow students following the rally.

Happened upon a potential future legislator rallying a small crowd of students after the event was over pic.twitter.com/Y0uq2oIITp

Davenport explained that several of his teachers were skeptical of the rally, thinking it would be too disorganized to be very effective. He brought a large group of students from his school, though some students noted that others walked out of school today just to leave. Davenport said that the current school lockdown drills simply weren’t enough to make them feel safe.

“It’s obviously not effective as kids are still getting killed,” he said. “They close all the blinds, cover up the window and we hide away from the door. But what is that changing? They know we’re in here.” 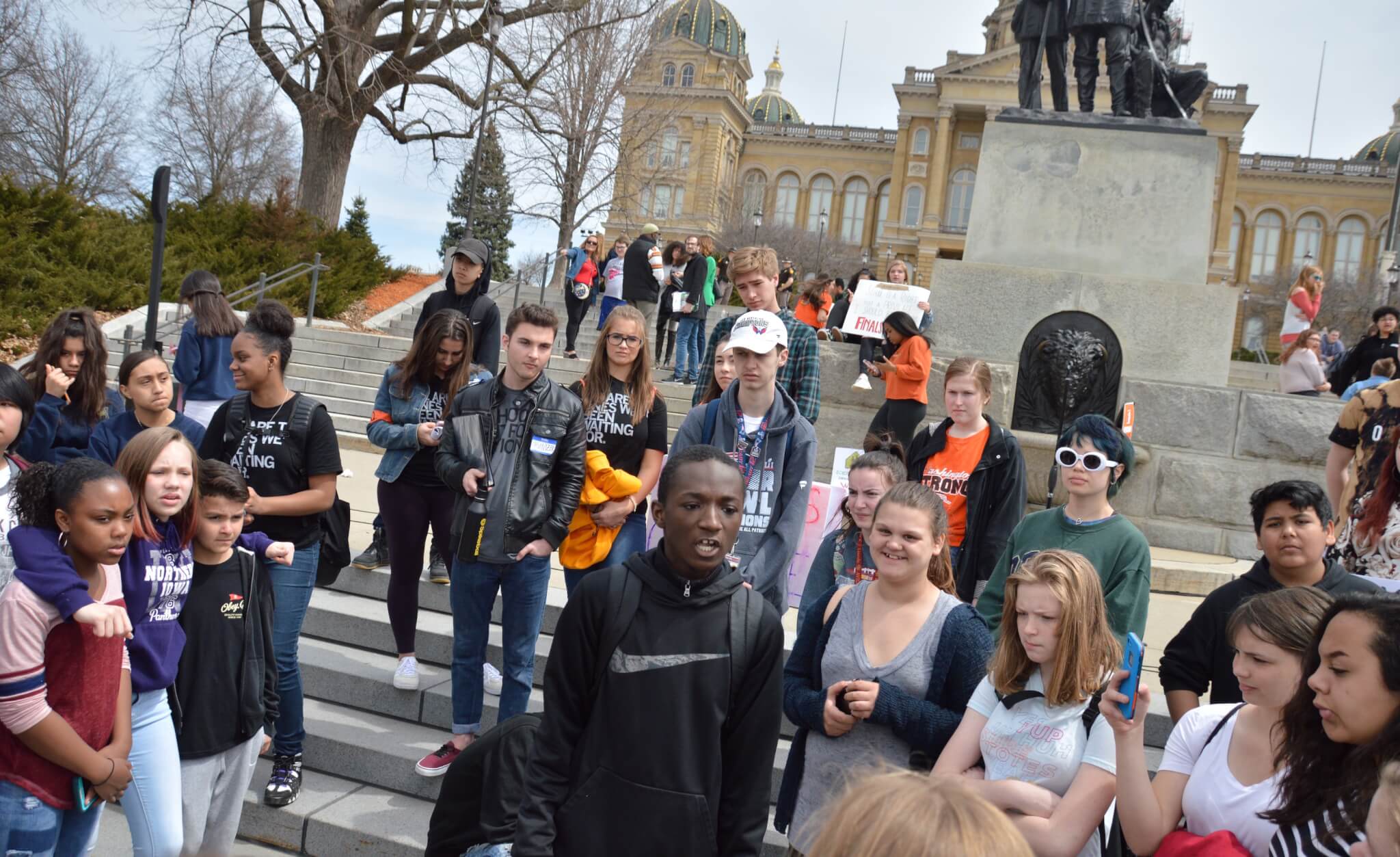 He would prefer the schools have more security guards, but disagreed with the Republican idea to arm teachers with guns.

“I don’t want to see some teachers having guns,” Davenport said, adding that students were worried some teachers wouldn’t handle them properly. “I think that’s a very dangerous thing to do.”

Many Democratic candidates for major offices were on hand to show their solidarity with the students. A brief forum was held for the rally with the gubernatorial and congressional candidates, with questions on whether they’d take money from the NRA (all said they wouldn’t) and what they’d do to reduce gun violence in communities of color. Most of the candidates used the opportunity to fire up the crowd, start chants and thank the students for getting involved.

For the gubernatorial candidates, Nate Boulton, Cathy Glasson, Andy McGuire and John Norris were on hand. All three 3rd District contenders – Cindy Axne, Pete D’Alessandro and Eddie Mauro – were there as well. 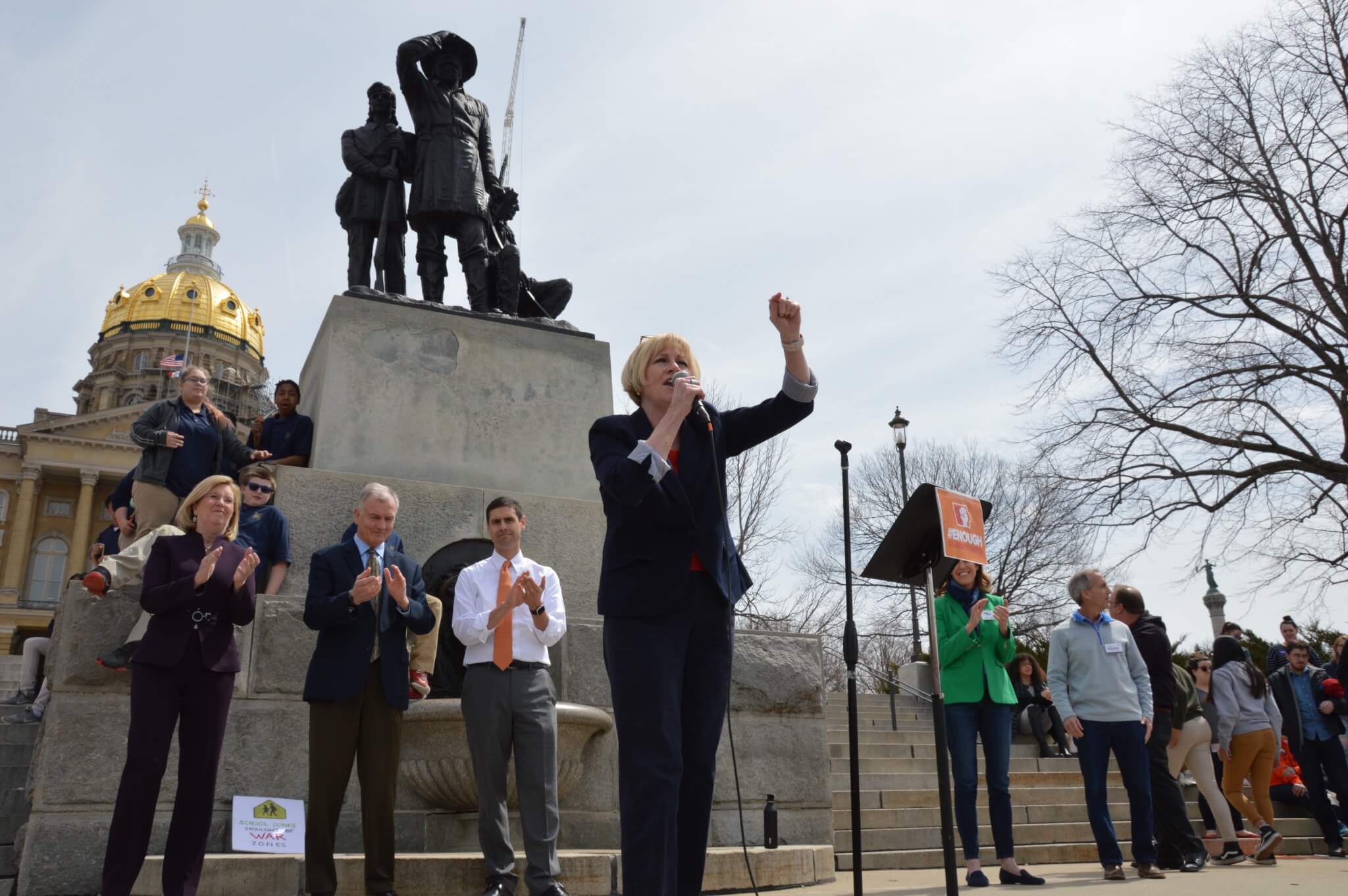 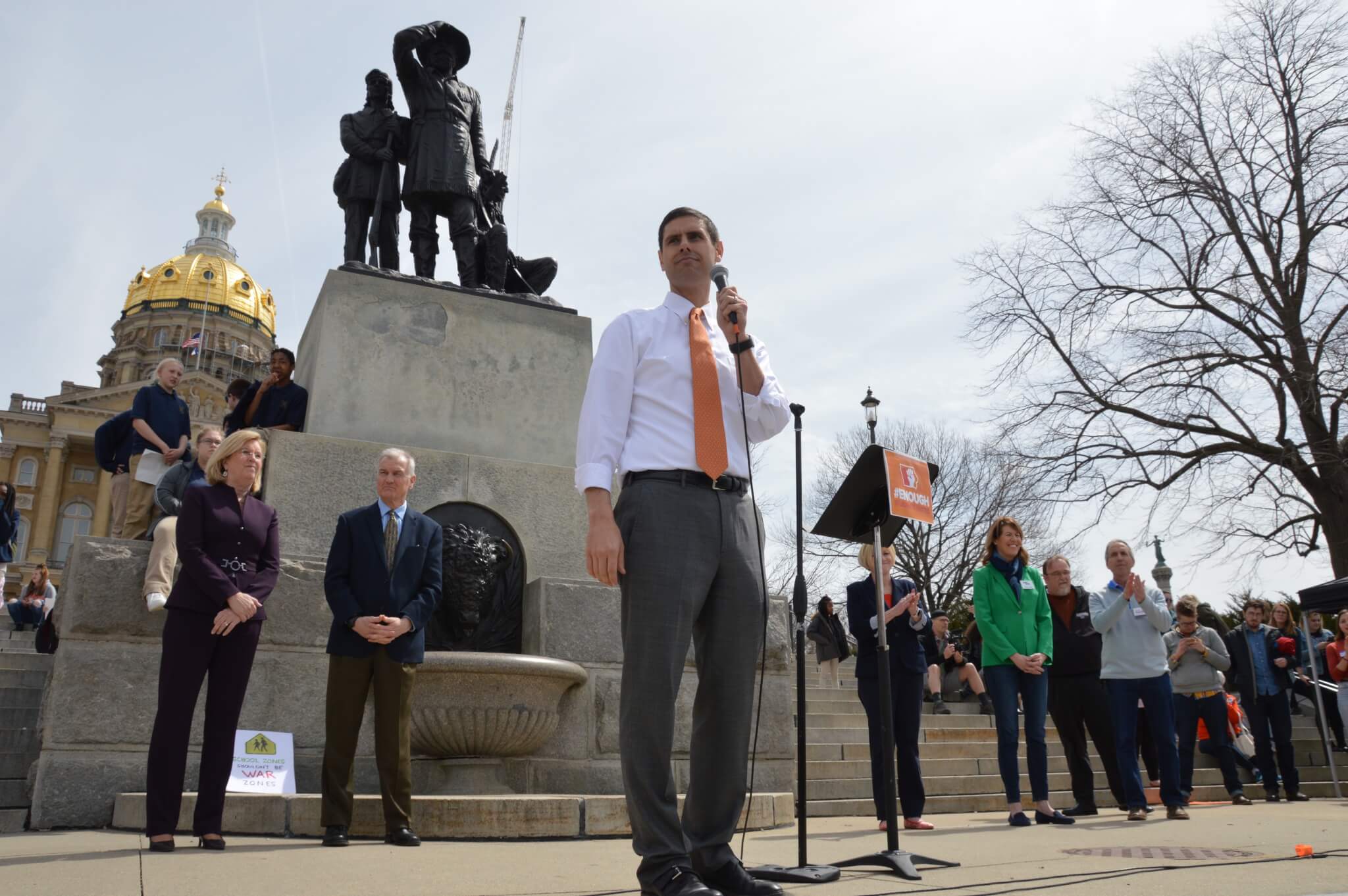 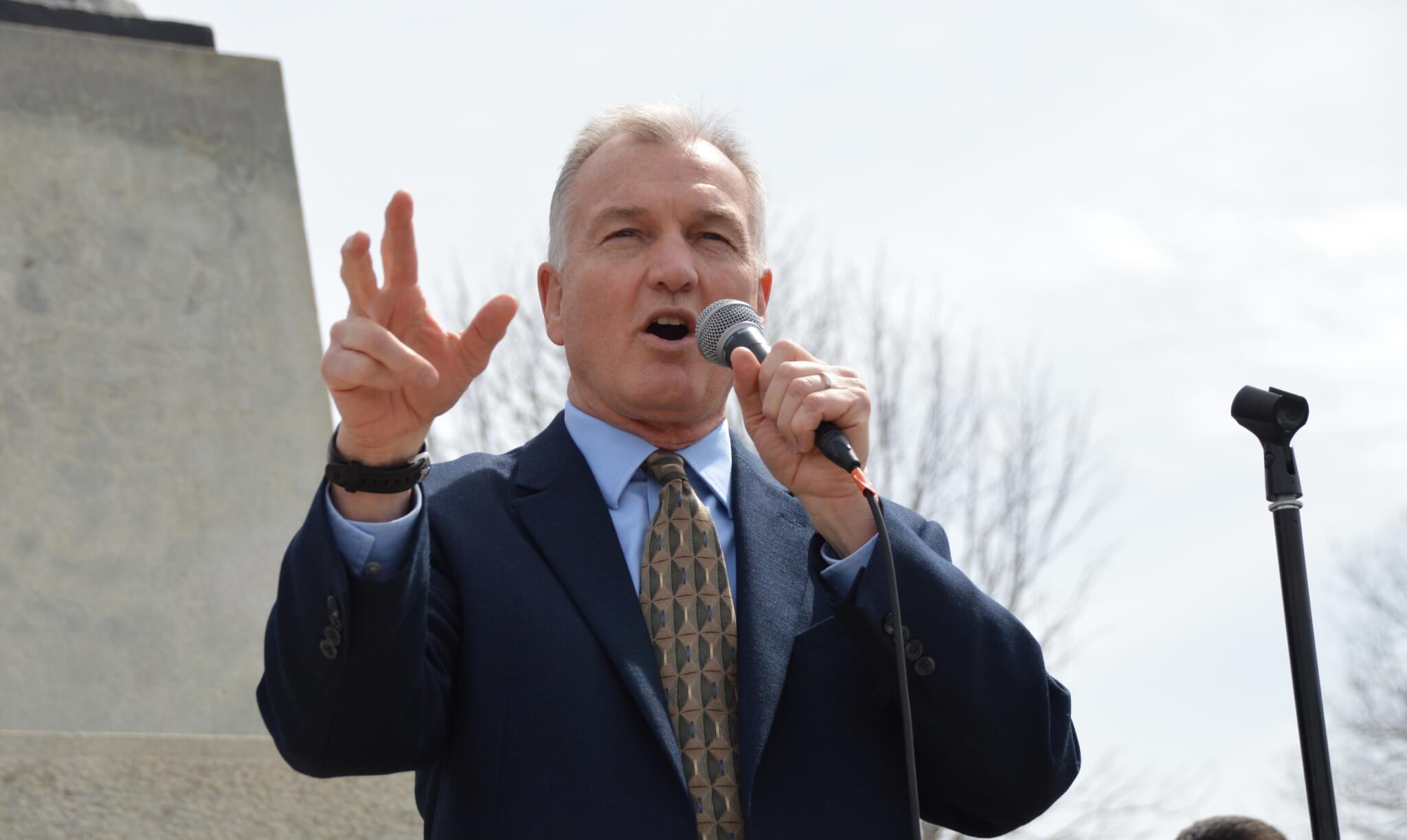 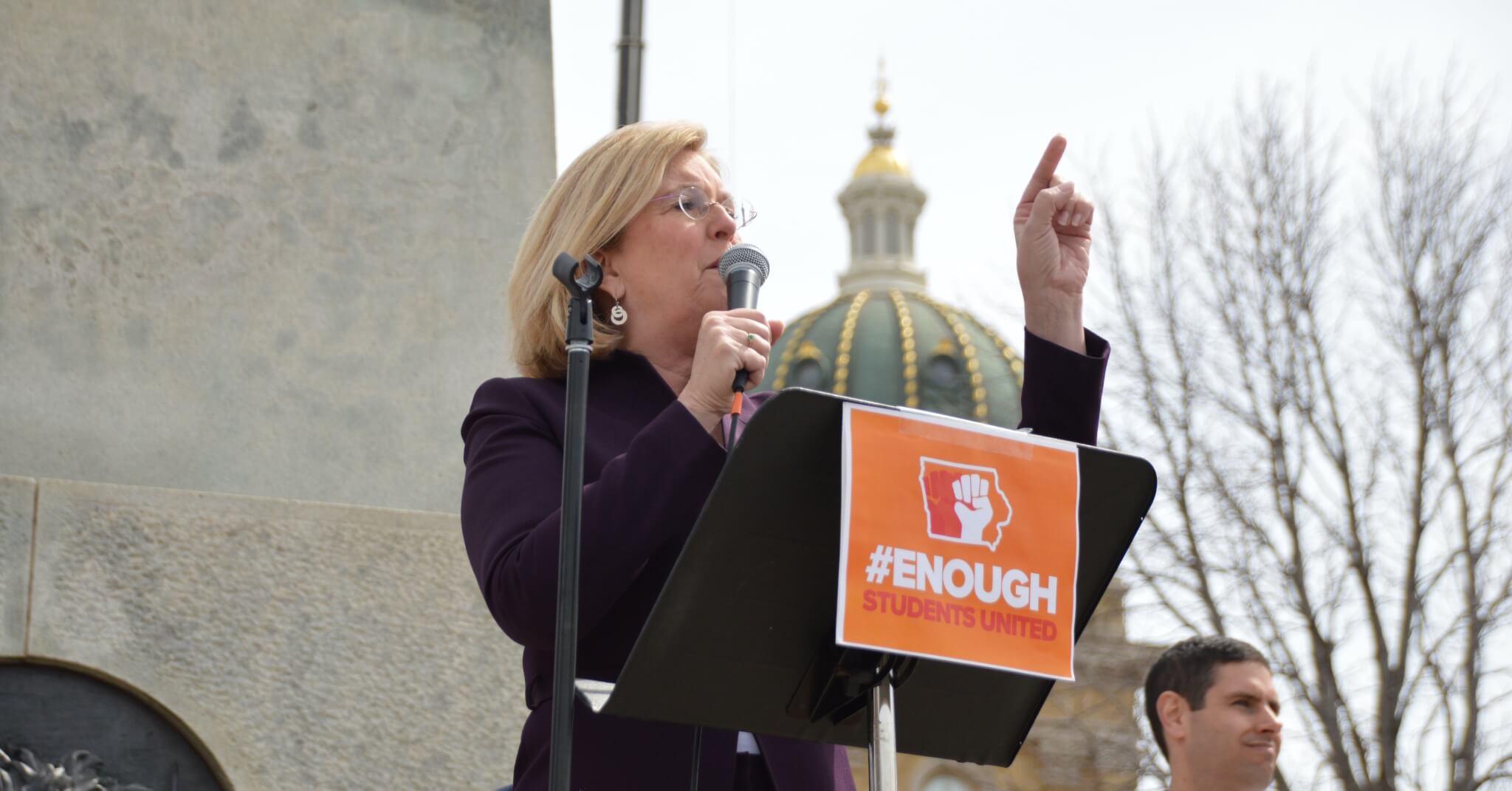 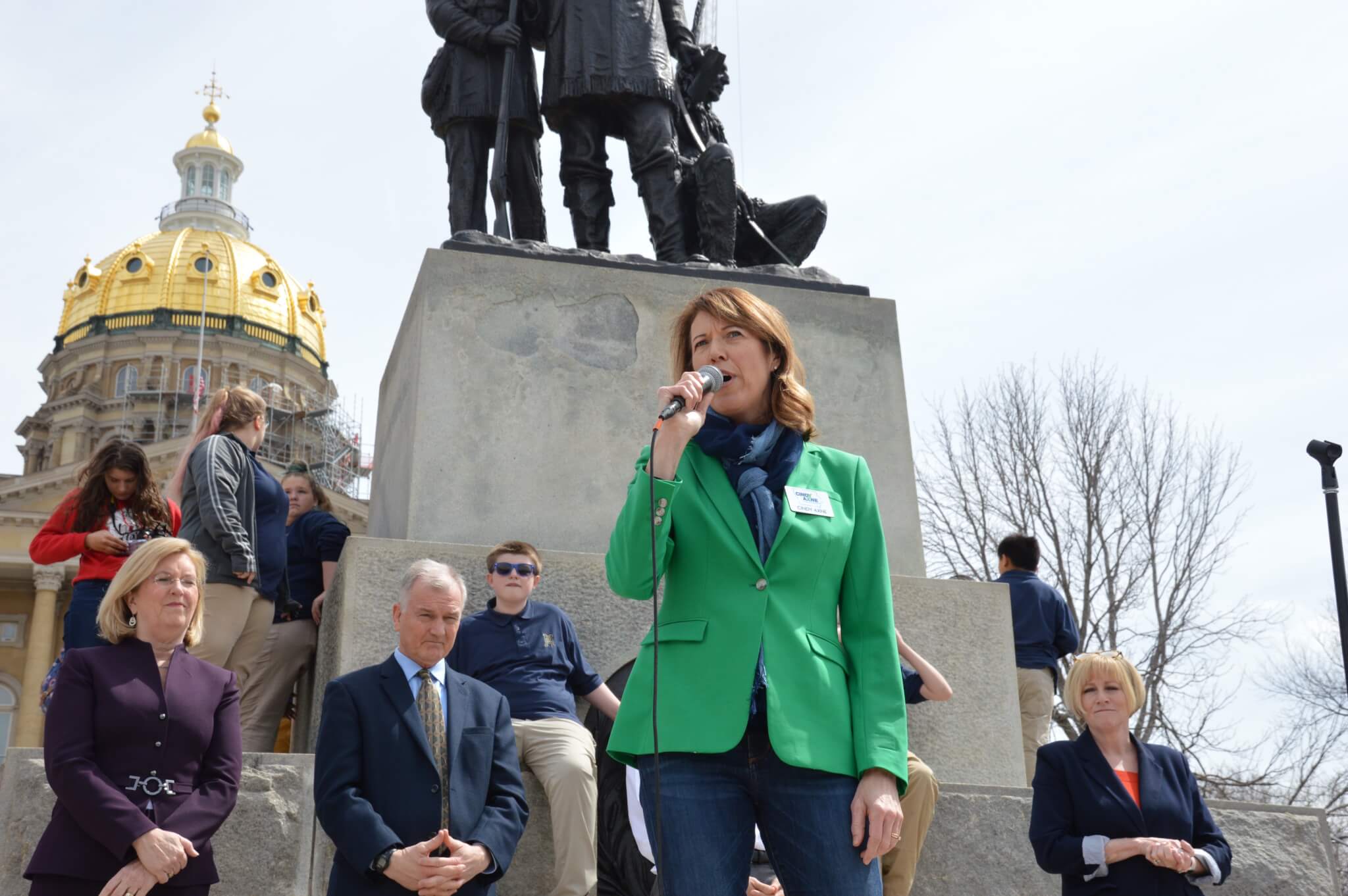 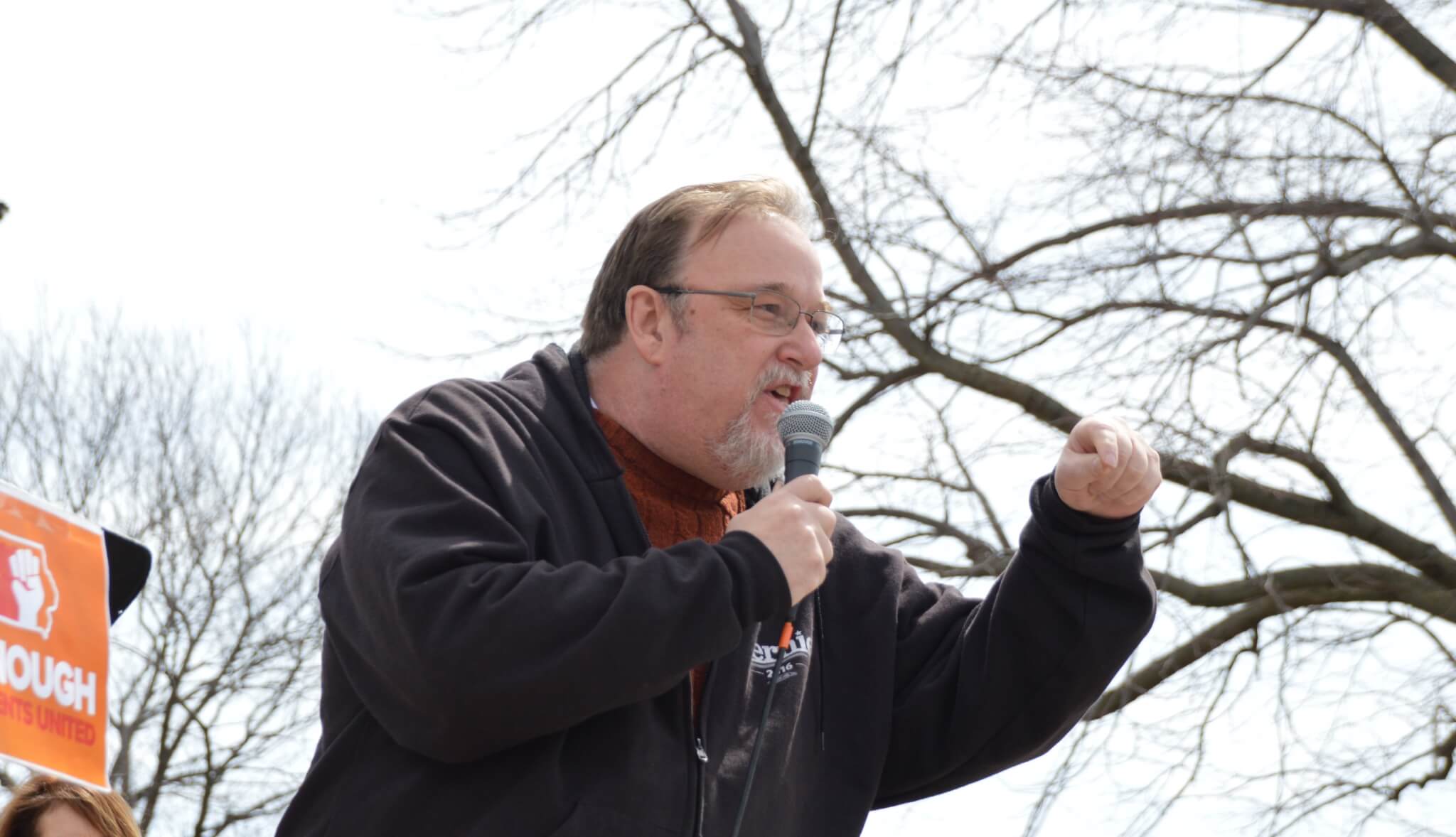 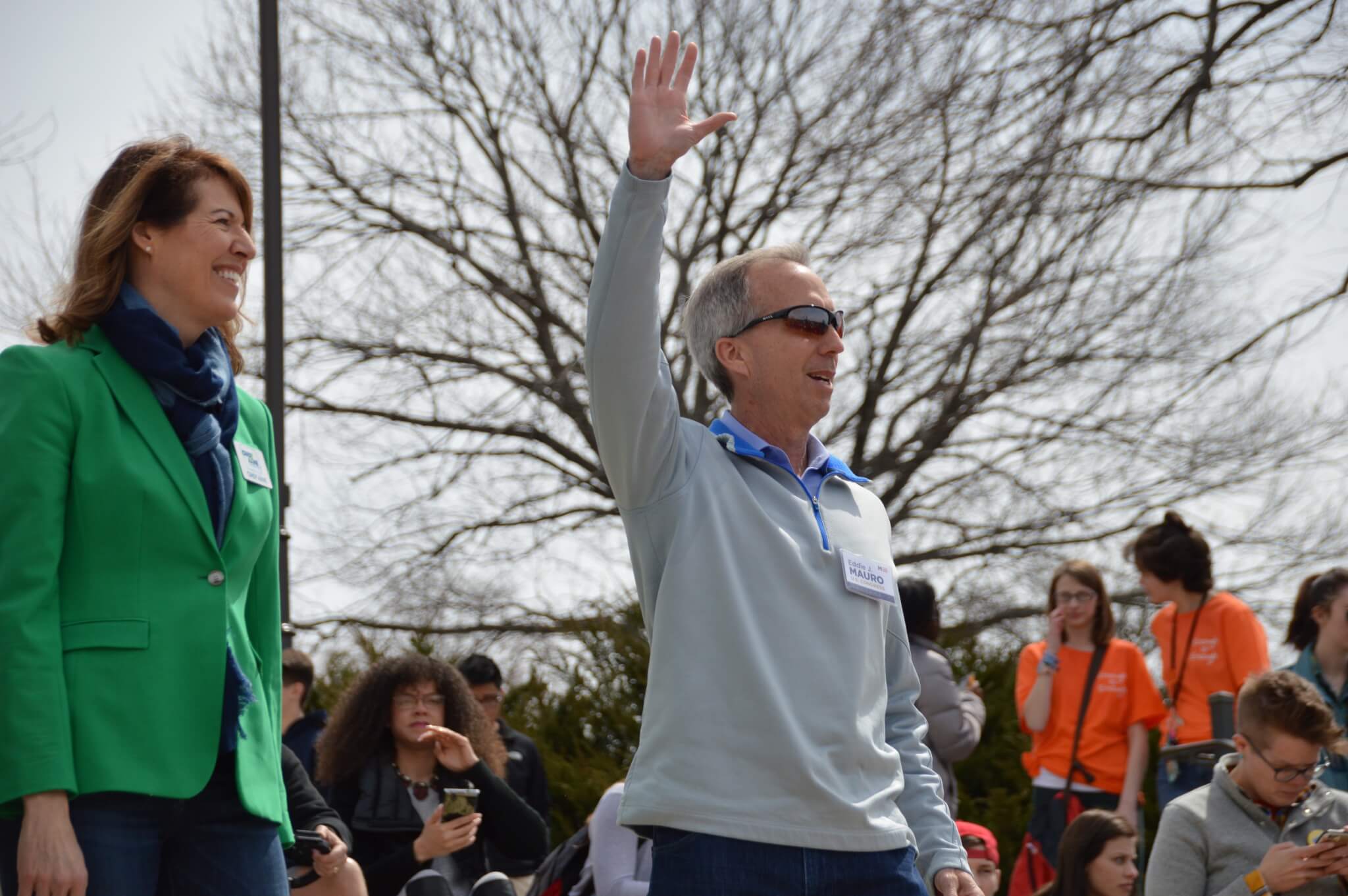