Many political pundits are predicting that 2018 will be the “Year of the Woman” in the November election. A record number of women are on the ballot in Iowa for federal and state offices this year – 98 as of last week. And while most are Democrats, not all are. Iowa Senate Republicans have six female candidates in high-profile swing districts, which could significantly change the makeup of their caucus – they have only one female senator right now: Amy Sinclair.

Four of the female Republican candidates are challenging incumbent Democrats in potential swing districts, while two are running to hold currently-Republican seats. It’s much more than they’ve had in past cycles. Only two of their eight challenger candidates in targeted swing districts for 2016 – Bonnie Sadler and Rene Gadelha – were women. Both of them lost. The six men – Dan Dawson, Waylon Brown, Craig Johnson, Jeff Edler, Thomas Greene and Mark Lofgren – all won.

Of course, the other reason why it’s such a stark contrast is due to Bill Dix’s sudden resignation and the ongoing fallout from the Senate Republicans’ sexual harassment trial and settlement. Senate Democrats will certainly aim to make that scandal a campaign issue for Republicans in 2018, and just because these female candidates weren’t part of the Senate when the behavior, firing and $1.75 million settlement occurred doesn’t mean they won’t face tough questions.

Would they have voted to oust Dix? Do they have concern over the new leadership team that didn’t push Dix out last year? What kind of new ethics rules and sexual harassment training would they implement? It’s an interesting dynamic to watch, in part because it’s quite likely that Dix would not have lasted as long as he did through last year’s ordeal had there not been so few women in the Republican senate caucus.

Even regardless of all that, it’s a part of the 2018 elections to keep an eye on. Here’s a brief overview of each of the candidates and the races they’re running in: 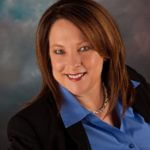 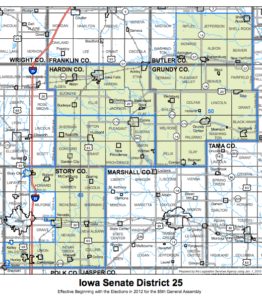 Annette Sweeney, a former state representative, may well join the Iowa Senate within a month’s time. She’s running in the April 10 special election to replace Dix, facing off against Democrat Tracy Freese. Sweeney served in the Iowa House from 2009 to 2012, but redistricting put her in the same district as Pat Grassley for the 2012 election. She lost a primary to him.

Late last year, Sweeney was named by President Trump as the Iowa state director for the USDA’s Rural Development program. Senators Chuck Grassley and Joni Ernst lobbied hard to get her the position, which caused her some hesitation to jump into the senate race. From rural Alden, Sweeney is a cattle and grain farmer, as well as a former teacher. 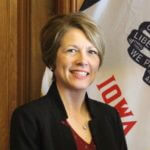 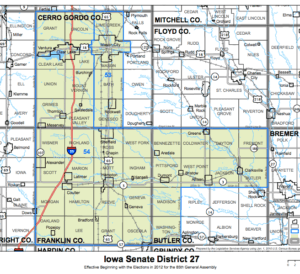 A familiar name last name will be on the ballot for Northern Iowa voters. Shannon Latham is married to a nephew of former Congressman Tom Latham, who represented the area for many years in the U.S. House. She is the co-owner and vice president of Latham Hi-Tech Seeds, as well as a former public relations business owner. Latham also owns a pumpkin patch.

SD 27 swung hard to Trump in 2016, but Ragan is a rather popular and well-known incumbent who’s fended off tough challengers before. Republicans already began sending out negative mailers on Ragan earlier this year, a very early start to paid campaign communications. 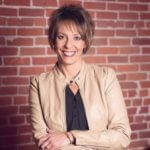 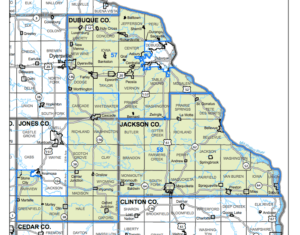 The executive director for the Eastern Iowa Tourism Association, Carrie Koelker is running for an Eastern Iowa district that dramatically shifted toward Republicans in 2016, going for Trump by 58% to 37%. This race may hinge on geographical strengths. Bowman’s base is in the Jackson County side of the district, where he was a political science teacher and head wrestling coach at Maquoketa High School. Koelker hails from Dyersville, which anchors the outlying small towns of rural Dubuque County. 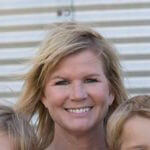 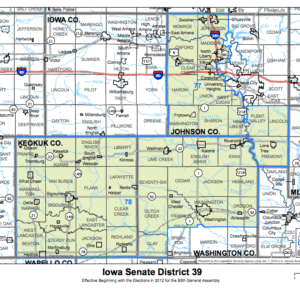 It wasn’t clear if Republicans would put up a challenger to Kevin Kinney, but Heather Hora, a farmer from Washington, ended up filing for the district near the end of last week. She and her husband farm corn and soybeans and run a hog operation. Hora has been heavily involved with the Iowa Pork Producers Association.

This will probably be the most difficult race for a Republican on this list. Senator Kevin Kinney, a farmer and retired law enforcement officer from Oxford, is very popular and well-known throughout the district, even among many local Republicans. Turnout in rural Johnson County will likely be up among Democrats as well. 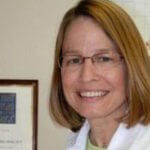 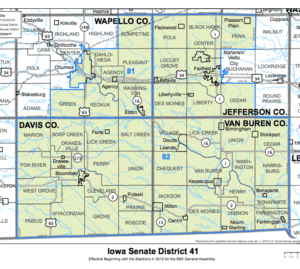 A former three-time congressional candidate against Dave Loebsack, Marianette Miller-Meeks has plenty of experience campaigning and raising money. She’s lost a lot, but she also over-performed in each race in her hometown of Ottumwa. Miller-Meeks also served as Terry Branstad’s director of the Department of Public Health, but was blocked by the Iowa Senate in her later appointment to the Hawk-I Board.

She’s looking to hold the seat for Republicans after Senator Mark Chelgren announced he was retiring. After constant controversies weighed down Chelgren, Miller-Meek’s candidacy may make a GOP hold here more likely, but the massive margin that Democrats carried Fairfield in the house district special election with last year should worry Republicans. Whether or not working class Ottumwa voters swing back to the Democratic Party after the city went big for Trump in 2016 may be the key here. 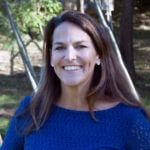 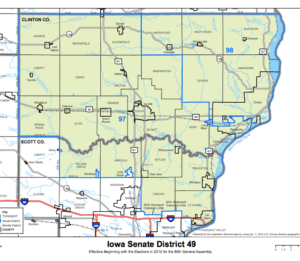 Reserve sheriff’s deputy Chris Cournoyer announced her run against incumbent Senator Rita Hart last year. Cournoyer is a small business owner and has been heavily involved in education policy – serving as the president of the Pleasant Valley Community School Board and as part of Governor Reynolds’ STEM advisory council. Cournoyer lives in Le Claire, the river town in Scott County.

The fight in this race will likely be over the city of Clinton. Hart, a farmer and retired educator from Wheatland, typically runs far ahead of the rest of the Democratic Party ticket in rural Clinton County, which makes her very difficult to beat.