Progress Iowa, a progressive issue advocacy group, had hoped to welcome Ivanka Trump to Des Moines on Monday with a billboard near the Des Moines airport. However, Lamar Advertising, the company that owns the signs, apparently dubbed their message as too “controversial” and rejected the design just a day and a half before it was scheduled to run.

Of course, no trip to Iowa is ever solely about specific policy proposals. Several news outlets have pointed out that President Trump will be in New Hampshire tomorrow. Some have speculated that it’s an attempt to shore up Trump’s base in the early nominating states in case he gets a primary challenger for 2020.

Ivanka will also be attaching the Trump brand ever further to Reynolds, who faces a difficult election in 2018.

Progress Iowa planned to run a sign on an electronic billboard near the airport that placed images of Reynolds and Ivanka together with a message criticizing the president and Reynolds’ record on workers and schools. 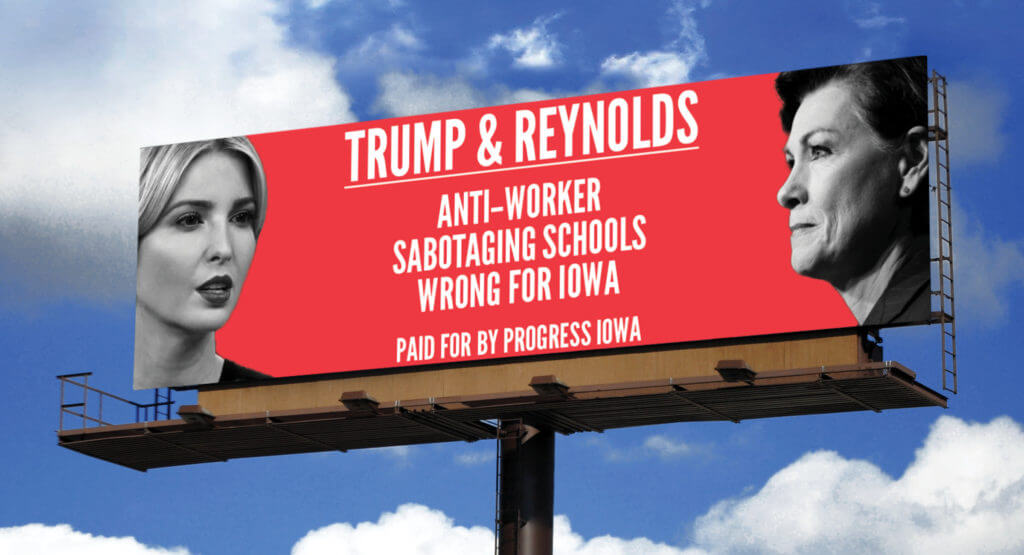 According to email communications provided to Starting Line, Lamar Advertising told Progress Iowa on Saturday that the message was “potentially controversial.” The same company did, however, allow an electronic billboard with a politically-harsh message when New York City Mayor Bill de Blasio, a Democrat, visited Iowa in December. That sign attacked de Blasio of backing “phony progressivism” and was paid for by the Transportation Workers union, which has been in contract disputes with the mayor. 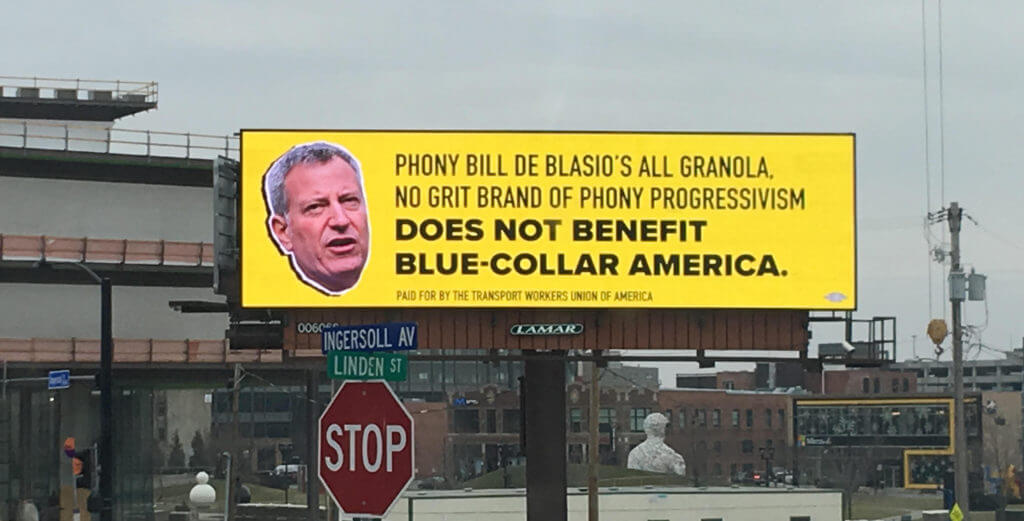 “I think it’s unacceptable that Lamar Advertising made this decision, and I think the only controversial part of Ivanka Trump’s visit are the Trump administrations’s policies on education under Secretary Betsy DeVos, her anti-worker agenda as a business owner, as well as the attacks on workers and schools that Governor Reynolds has pursued,” said Matt Sinovic, executive director of Progress Iowa.

The progressive group quickly tried to raise funds for the billboard on Friday after learning of Ivanka Trump’s Monday visit. They needed $303 for a one-day sign. 43 people donated $925 in all to get it done.

Meanwhile, Iowa Democrats and union leaders plan on welcoming Ivanka Trump in their own way Monday morning. They’re gathering for a rally and press conference at 8:30 A.M. at Warrior Park (1050 4th St) in Waukee.