The “political revolution” returned to Iowa on Friday with Senator Bernie Sanders holding two rallies in the state, but the Vermont senator would argue it never left. Stumping for his former adviser Pete D’Alessandro’s congressional campaign in Des Moines, Sanders touted the ongoing success of his brand of progressive politics and its hopes for the future.

Those victories, as Sanders explained, were a mix of electoral, policy and opinion accomplishments.

“We came into Iowa with a set of ideas that at the time seemed very, very radical,” Sanders said, contending that most of the party had come around to his position on issues.

He ticked off a number of examples at the state and local levels where issues he pushed for in the 2016 election became reality, including a $15/hour minimum wage, tuition-free college, decriminalization or legalization of marijuana and more campaigns using small dollar models. Sanders also highlighted how many Democratic candidates are now running on Medicare-for-all platforms, including D’Alessandro. 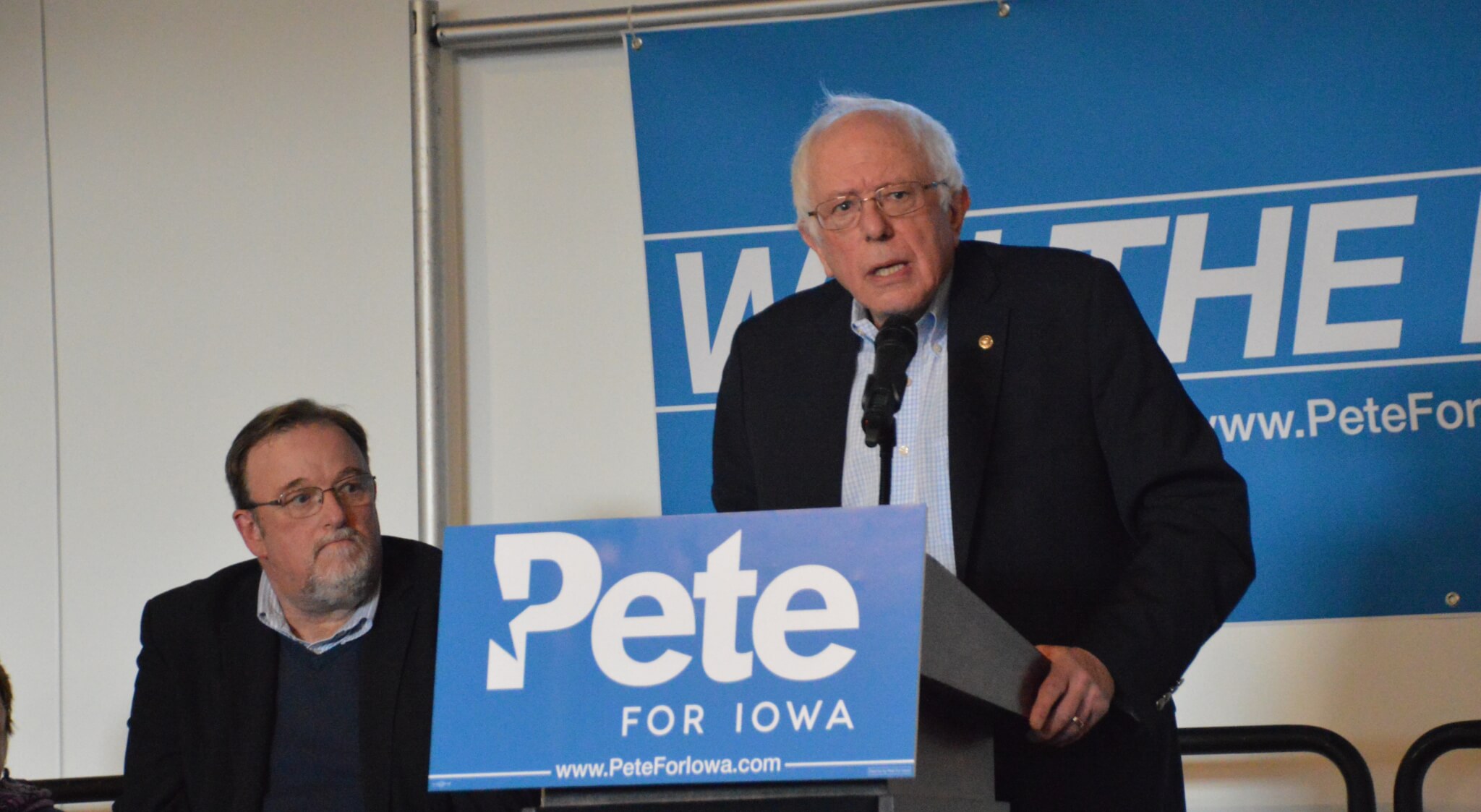 It was a victory lap of sorts for Sanders, demonstrating that even though he didn’t win the Democratic presidential nomination in 2016, his ideas and movement have lived on and are gaining more widespread acceptance. Whether he intended it as such or not, it also formed the rationale that if he were to run for president again, he’d have a much better chance of a victory.

Sanders told reporters ahead of time that his trip to Iowa had nothing to do with 2020, and that’s likely the case – the senator has visited Iowa other times since 2016, but always for specific events or candidates, and in ways that he’s done in plenty of other states that aren’t part of the early nominating calendar. Still, if Sanders does end up deciding to launch another run for the White House, the early messaging themes are there – both for a primary and general election matchup.

His main point on Friday boiled down to this: Donald Trump lied to the voters and is dividing America.

“I believe that the reason here in Iowa and all over this country that so many people voted for Trump is that they are hurting,” Sanders said. “They are hurting economically, they’re looking around and Trump was saying a lot of things that appealed to them.”

Those things that appealed to them included taking on the establishment, providing healthcare for all, taking on drug companies to lower prescription drug costs, keeping jobs from going overseas and not cutting Medicare or Social Security, Sanders explained.

Interestingly, not all of those specific things were big motivating factors for most Trump supporters. Some were, most obviously the anti-establishment fervor that Trump tapped into. But while Trump may have made some political promises on things like “insurance for everybody,” people weren’t putting on red “Make America Great Again” hats because they thought Trump was the candidate for a universal healthcare system. His pledge to not cut Medicare and Social Security may have calmed some older Americans’ concerns about Trump, but that was never his main appeal.

What that list of Trump appeals does sound like is the beliefs of the independent and far-left voters who backed Sanders but then didn’t support Hillary Clinton in the general election, either voting for Trump or supporting a third party candidate. There were both ideologically liberal voters who saw Clinton as too establishment or centrist and independent or less-engaged voters – including many younger people – whose policy beliefs either shift a lot or are less-formed that vote more for whoever they see as the “outsider.” 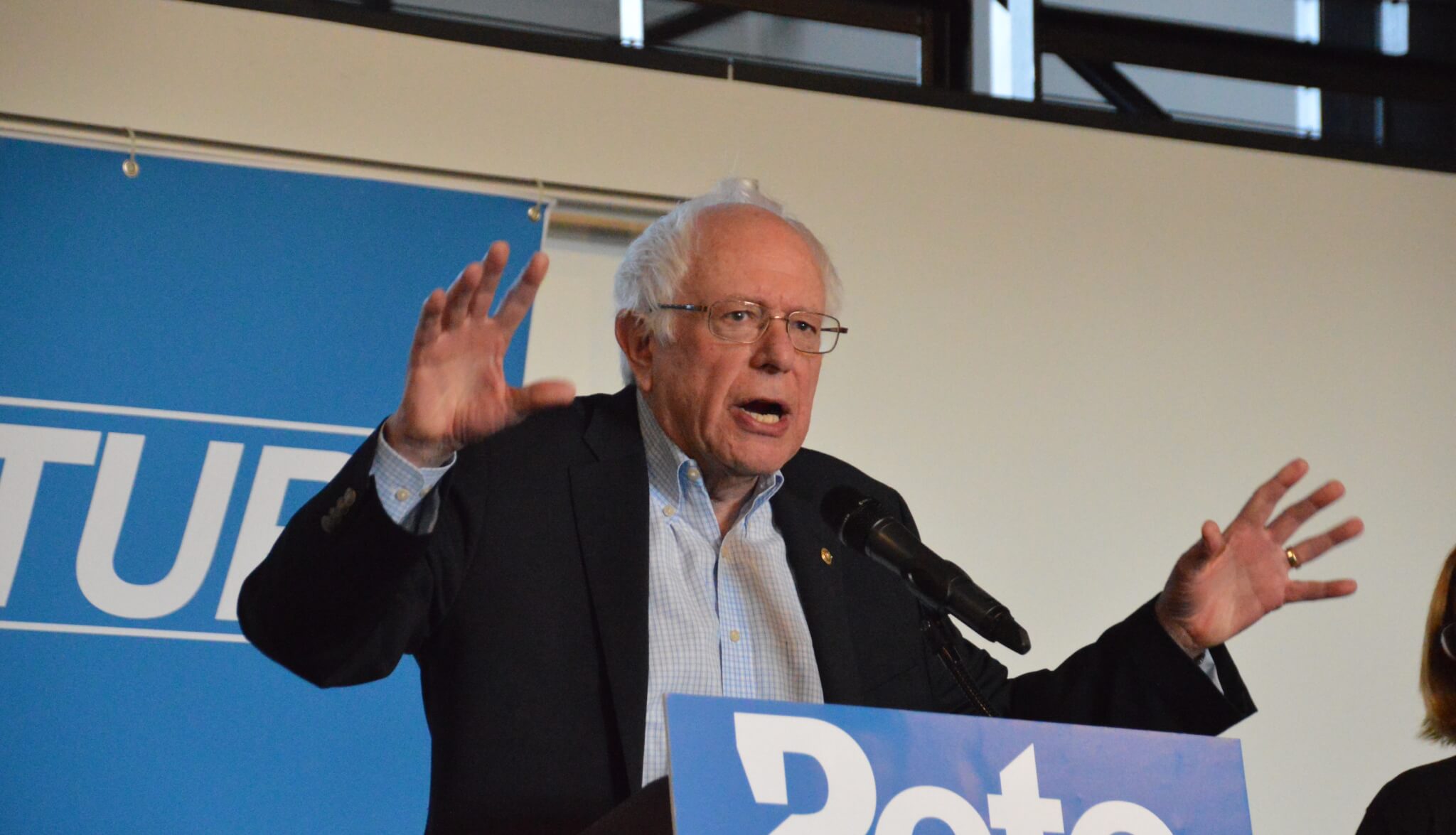 Both of those groups were key in boosting Sanders in the 2016 primary and could be crucial for Democrats defeating Trump in 2020. And Sanders had a specific message to those people.

“Well, it turned out that Trump is a pathological liar,” Sanders said. “He lied to the people of this country during the campaign and he has been lying virtually every day since … He said I am not going to cut Medicare or Medicaid of Social Security … I want everybody in Iowa to know that he lied about that, as well.”

That’s a simple and pointed way to bring some of those voters back into the Democratic fold: we understand why you liked Trump, but he was lying to you the entire time. The people who actually support those things are us, the Democrats.

Sanders also pointedly insisted that the vast majority of Trump supporters were not racist or sexist or homophobic. That’s something many other Democrats do not go out of their way to do, and what many rank-and-file Democrats do not believe. But Sanders likely realizes that the best way to win back voters who abandoned the party is not by starting a conversation with them where you call them a racist.

The senator also went into detail on how Trump has promoted division in the country, especially along racial lines. Fatigue over the non-stop vitriol and drama in the Trump era can easily appeal to voters across all ideological backgrounds.

Were Sanders to make another run in 2020, these broad outlines of a national message would be key in both recreating the coalition that kept him close with Clinton in the primary, as well as getting young people, independents and frustrated Trump voters moving back to Democrats. And he might be the only one in what’s sure to be a huge field of Democratic contenders who can point to how he’s actually had success with those voters in the past.

1 Comment on "In Iowa Return, Bernie Sanders Previews What Could Be A 2020 Message"