Senator Matt McCoy set off a Polk County political earthquake today, one whose aftershocks will impact other major races up and down the ballot. McCoy made official this afternoon what many had speculated for most of the past year: he’s challenging incumbent Johnny Mauro for a Polk County supervisor seat.

The Des Moines legislator made the announcement at Sellers Hardware on Des Moines’ South Side, which was once owned by his family. It sets up a epic battle of the titans for 2018 and could draw huge turnout for the primary, which will impact the gubernatorial and congressional campaigns. McCoy expects to get right to it, with volunteers set to start knocking doors this weekend.

“I am running for Polk County Supervisor as a lifelong resident of Des Moines who loves his community and can’t think of a better way to be of service in a leadership capacity,” McCoy said at his announcement. “I will take my progressive problem solving skills with my accumulated experience in state government … I will run a spirited, positive and productive campaign.”

Mauro is a Des Moines institution himself, and has served on the Polk County supervisors board since 1990. He’s been deeply involved in community volunteer work and has a particularly well-known family name that carries real weight in Democratic primaries in Des Moines.

Many had questioned whether McCoy would really pull the trigger on running against Mauro, figuring it was an unnecessary risk for a well-known legislator. But the city council race between Josh Mandelbaum and Michael Kiernan may have provided a road map for a candidate to overcome an opponents’ big South Side advantage. While Kiernan did well in South Side precincts, Mandelbaum won by huge margins in Des Moines’ South of Grand and Waterbury neighborhoods.

Supervisor District 5 covers the majority of the South Side, the neighborhoods south and north of Grand Ave, plus some precincts north of I-235 between 2nd Ave and 31st Street, including parts of Drake University. Aside from the incredible supervisor primary we’ll all now see, McCoy’s move to run for supervisor creates two other major dynamics for the 2018 primaries.

Impact On Other Races

Today’s development carries big consequences for both the gubernatorial and the 3rd congressional district race. Polk County already has an outsized impact on Democratic primaries in Iowa. Though Polk County has 15% of the state’s population, it made up 19% of the Democratic primary vote in the 2006 competitive gubernatorial primary. That percentage will likely be much higher this time. This supervisor primary will ensure massive turnout in one of the most-Democratic areas of the entire state, bringing out less-likely voters who will then also cast votes in top-of-ticket races.

In the gubernatorial primary, this could be a big boost for both Fred Hubbell and Nate Boulton, both of whom have strong Des Moines bases of support. There’s many labor union members on the South Side, plus Boulton has the support of Senator Tony Bisignano and Representatives Bruce Hunter and Brian Meyer, all who represent many precincts in that supervisor district. Hubbell is popular and well-known around the Grand Avenue neighborhoods, and McCoy has endorsed Hubbell. You typically don’t see candidates in separate primaries team up, but there could be subtle ways to work together here.

With Johnny Mauro’s team gearing up for a major supervisor primary, the obvious beneficiary in the congressional primary is Eddie Mauro. The absentee ballot effort and family-to-family network of the South Side politicians is a force to be reckoned with, and voters who might not otherwise come out for the 2018 primary there will disproportionately cast a vote for the name they know. It’s not clear if that’d be enough for the well-funded Mauro to prevail outright in the very crowded seven-way primary, but it makes it much, much more likely that the 3rd District race goes to a convention.

Who Will Run For Matt McCoy’s Senate Seat

Senate District 21 is one of the most valuable seats for any Democrat in the state to hold. It covers some of the most wealthiest neighborhoods in the state (meaning the incumbent could raise big money for the party) and is in the middle of the state’s biggest media outlets (meaning you could have a build a huge profile in the press).

Starting Line confirmed last night with Representative Jo Oldson (who represents half of McCoy’s senate district) that she will seek reelection to her current seat and not try to move up to the Iowa Senate. That leaves a potential free-for-all primary for a Democratic district – it could easily see seven or more competitors.

Who might run? Here’s what Starting Line has heard of potential candidates who are either seriously looking at it or will be encouraged to do so. The executive director of Interfaith Iowa, there may be no other potential candidate in the state with as much public policy knowledge as Ryan. Also the lobbyist for Interfaith, Ryan would make a formidable candidate in a Democratic primary with plenty of activists and donors to pull support from. She was meeting with AFSCME leadership this morning at the Capitol. Her entry, expected to happen today, could keep some – though not all – of these other names out of the race. [Update: Ryan has officially announced her candidacy] The executive director of Iowa Safe Schools, Monson built a then-small annual state conference on school bullying into an expansive, well-financed advocacy organization that is one of the leading voices on LGBTQ issues in Iowa. He has an extensive network of activists and donors from all over the state that he could pull support from and would likely be able to raise serious funds for a bid. 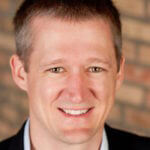 The former executive director of the Des Moines Social Club, De Kock is a non-profit director with many friends in Senate District 21. He was once the finance director and then district director for Congressman Bruce Braley, and his wife is an attorney at a law firm run by prominent Democrats. De Kock reportedly has a very extensive family network that can help fundraise for a competitive primary run. Once a prosecutor in Johnson County, McCormally is well-known in Democratic campaign circles for her work in campaign finance law. She runs McCormally and Cosgrove law firm in Des Moines. Her husband, John, is a member of the IDP’s State Central Committee. Her name has been mentioned often as a potential successor to Oldson whenever she retires, but this could be a legislative opportunity she takes on instead.

An attorney and partner at Grefe Sidney in Des Moines, Kuehner used to work as a legislative and policy aide for Senator Tom Harkin. Before that he clerked in Attorney General Tom Miller’s office. 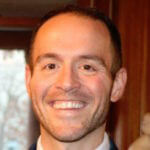 A young non-profit professional working at the Community Foundation for Greater Des Moiens, Crane is an experienced fundraiser for charitable causes. He’s active with the Polk County Democrats and has been mentioned as a potential city council candidate for West Des Moines, but could make a run at this race. 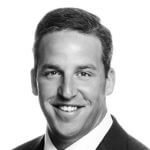 An attorney and lobbyist with Cornerstone Government Affairs, Adelman is a leader in Iowa’s Jewish community and has a background in campaign work. The Democratic candidate against Pete Cownie in 2016 may be looking to make another run for public office in 2018. With this seat opening up, Celsi could look here instead. The former Republican Senate staffer who a court found was unjustly fired for reporting sexual harassment has been rumored to be interested in running for public office. She lives in Sherman Hills, which neighbors this district, but it’s certainly not unheard of for candidates to move a few blocks over for an open district.