Glasson has pitched herself as the “bold progressive” in the Democratic gubernatorial primary. Her key issues involve a $15/hour minimum wage, making it easier for workers to join unions, universal healthcare for all, prioritizing education spending and making corporations pay for water pollution they cause. On the healthcare front, Glasson has suggested implementing a single-payer healthcare system in Iowa if Congress fails to pass a Medicare-for-all program at the national level.

Glasson is the president of SEIU Local 199, which covers several thousand healthcare workers around Iowa. Nearly all of the labor endorsements in the gubernatorial race have gone to labor rights attorney Nate Boulton, so this is a notable addition to Glasson’s coalition, even if Nurses United doesn’t have too big a membership in Iowa. She’s been building a base among the party’s progressive and far-left activists to stand out and accumulate votes in the seven-person field for governor. Glasson has already gotten important assistance from her national SEIU union, and the Nurses United endorsement could bring in more resources for her campaign.

In the 3rd District race, D’Alessandro now has some familiar friends in his quest to face off against Republican incumbent David Young in the Des Moines-based swing seat. D’Alessandro was a top adviser to Sanders for the Iowa Caucus. Nurses United ran a bus tour through the state just before the caucus in support of Sanders. 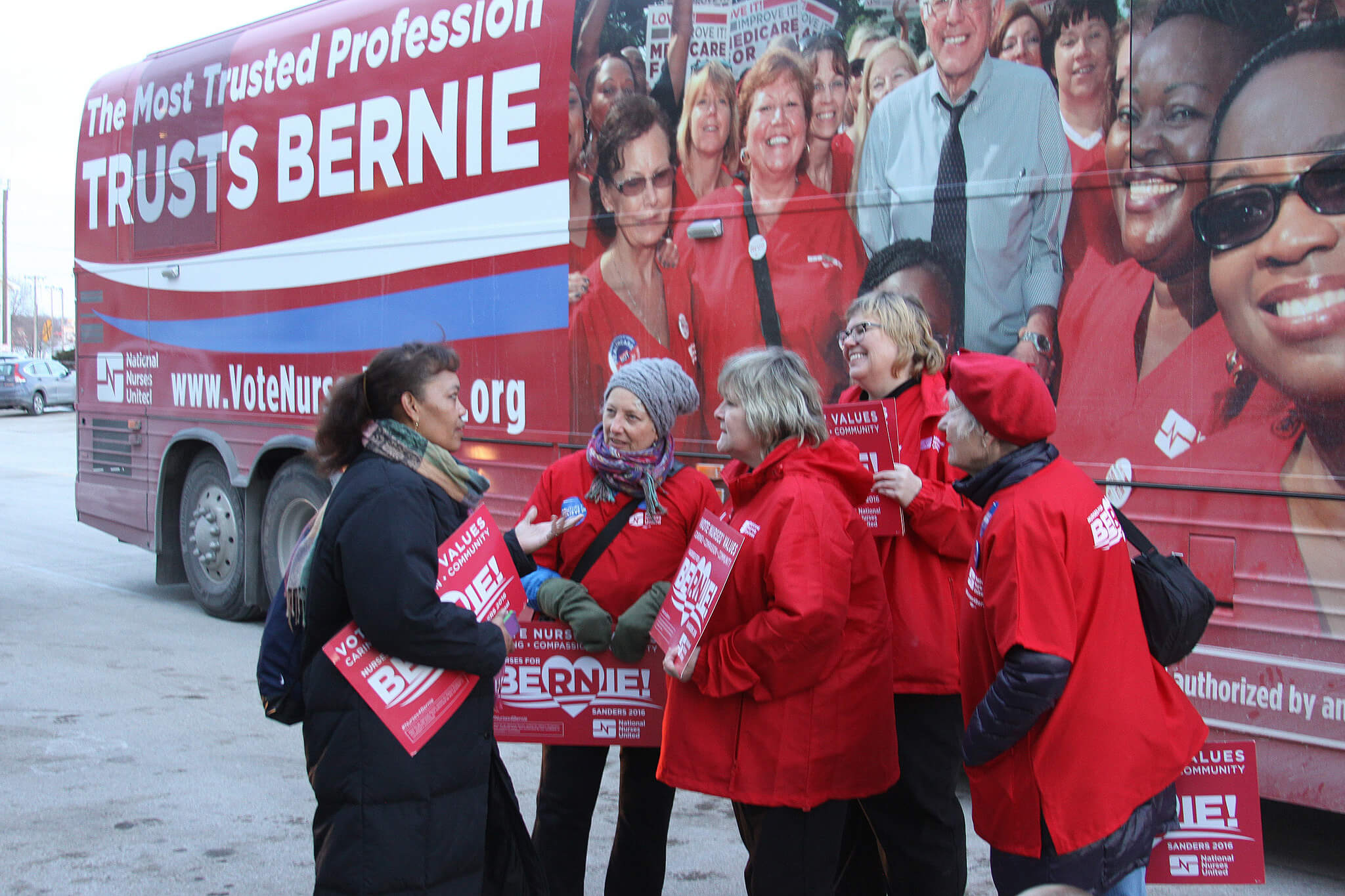 Like Glasson, D’Alessandro has also looked to consolidate support among progressive activists, many of whom he has longstanding ties to from his work with Sanders and a host of other Iowa campaigns. During his campaign, he has stressed the need for Democratic candidates to stake out more precise, left-leaning positions on healthcare and wages. Aside from his belief that they’re the right issues to support, D’Alessandro has argued that it’ll help Democrats’ authenticity perception with voters – whether those voters agree 100% with those policy stances or not. He faces a seven-person Democratic field as well.

“National Nurses United is proud to stand with Pete D’Alessandro because he has been a leader in advocating for a Medicare for All system to ensure health care for all Iowans, fare wages for our families, meaningful steps to address the global climate crisis, and tuition-free college,” said Kris Dixon in a press release, an emergency room registered nurse in Des Moines and a resident of Ankeny.

It’s possible that more national allies of Sanders’ past presidential campaign could lend their support for D’Alessandro in the coming months, including Sanders’ political operation itself. Fundraising assistance from the national progressive movement could be key for candidates like Glasson and D’Alessandro, both of whom could be heavily outspent against primary opponents able to raise money from the more traditional Democratic sources.