Democratic activists from across Northern Iowa and beyond gathered in Clear Lake Friday night to hear Democratic candidates and leaders speak… and speak… and speak some more. 22 candidates, elected officials and leaders in all took the stage to address the crowd of about 400 attendees in the historic Surf Ballroom, interspersed with award presentations to local activists and various skits. The event moved along at a decent pace, however – many of the candidates in the crowded primary fields have gotten accustomed to giving short stump speeches.

Congressman Eric Swalwell of California (and originally of Iowa) and Jason Kander, founder of Let America Vote, keynoted the event. Congressman Elijah Cummings spoke via video – he had been scheduled to attend, but came down with an illness.

Most candidates stuck to their regular stump speeches. As Starting Line has covered the gubernatorial candidates and their pitches in-depth before, we’ll highlight short excerpts from the congressional and secretary of state contenders so this story doesn’t run on forever. You can read about Jason Kander and Eric Swalwell’s speeches in this earlier story.

“When I was serving in Iraq with the Iowa National Guard, I made it my responsibility to organize voting for my unit and to organize absentee ballots in the 2006 election. That’s why I know how important our voting rights are – I’ve seen how people have sacrificed for our democracy. As Secretary of State I will make sure every single Iowan has equal access to cast their ballot and to ensure that their ballot is counted.”

“I could see people’s disenchantment in voting and I watched communities get left out of the process [in 2016] … It starts in the Secretary of State office. In that office I will not only be a champion for Iowa voters, I will be a champion for Iowa voices. Because a vote-less Iowa is a voiceless Iowa and each and every Iowan deserves for their voice to be heard and an invitation for their voice to be heard.” 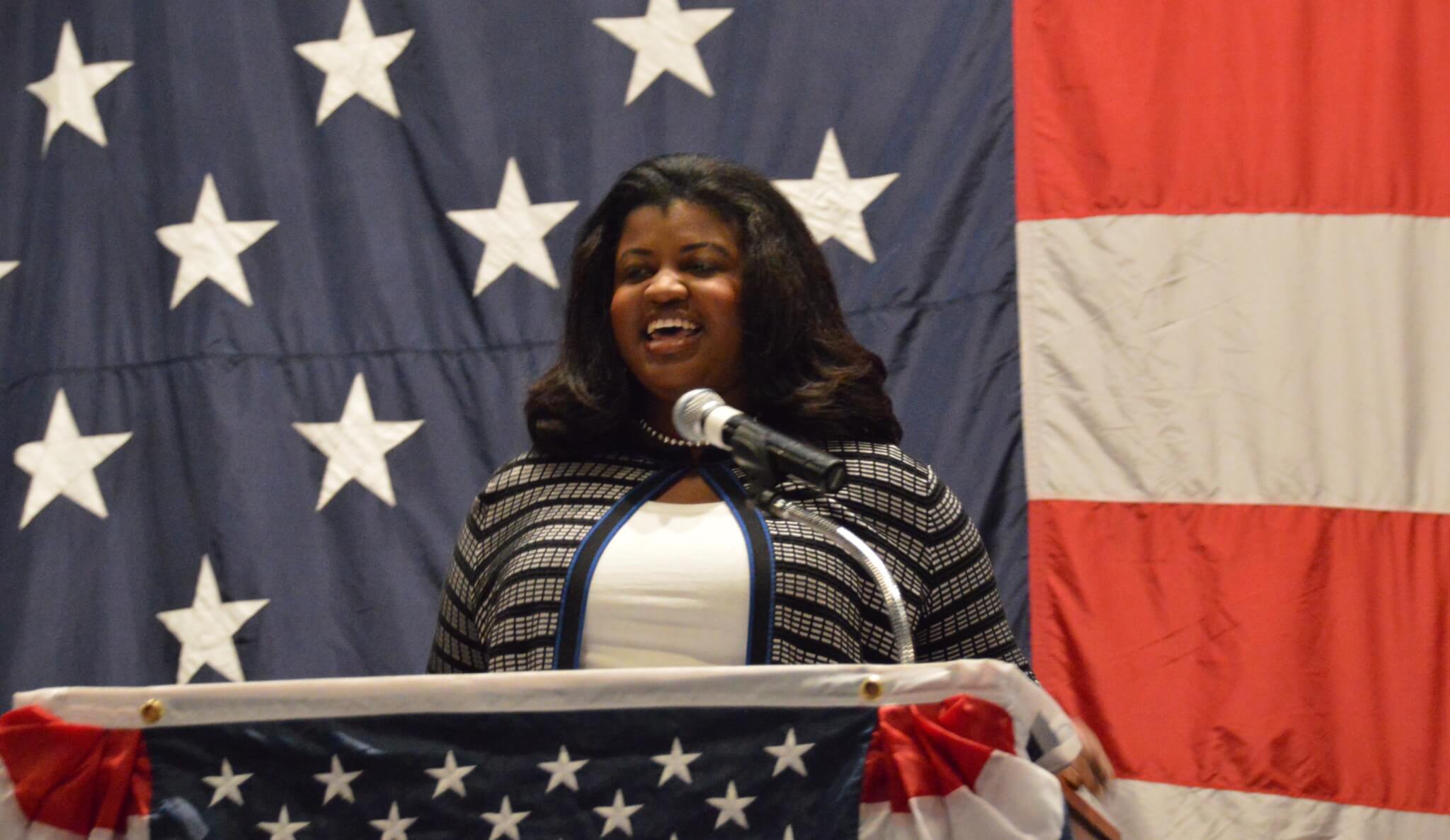 “Her campaign is all about growing American opportunity. She fundamentally believes that all Americans should have the opportunity to be their best … But you can’t be your best self if you can’t you’re lacking healthcare, education, job training, a living wage, clean water. That’s why Courtney supports Medicare-for-all, free college and trade schools, $15 minimum wage, ending discrimination and sustainable agriculture.”

“The last three years I have been fighting tooth and nail against Republican attacks in that Statehouse, everything from attacks on our workers, attacking women’s health, our environment, our education system. I haven’t just been a vote against those attacks, I have been a voice. I will take that voice to Washington D.C. because it’s about time Iowa sends a Congresswoman to make sure that Washington D.C. knows that being part of a union is something to be proud of, that healthcare is a right for every single Iowan.” 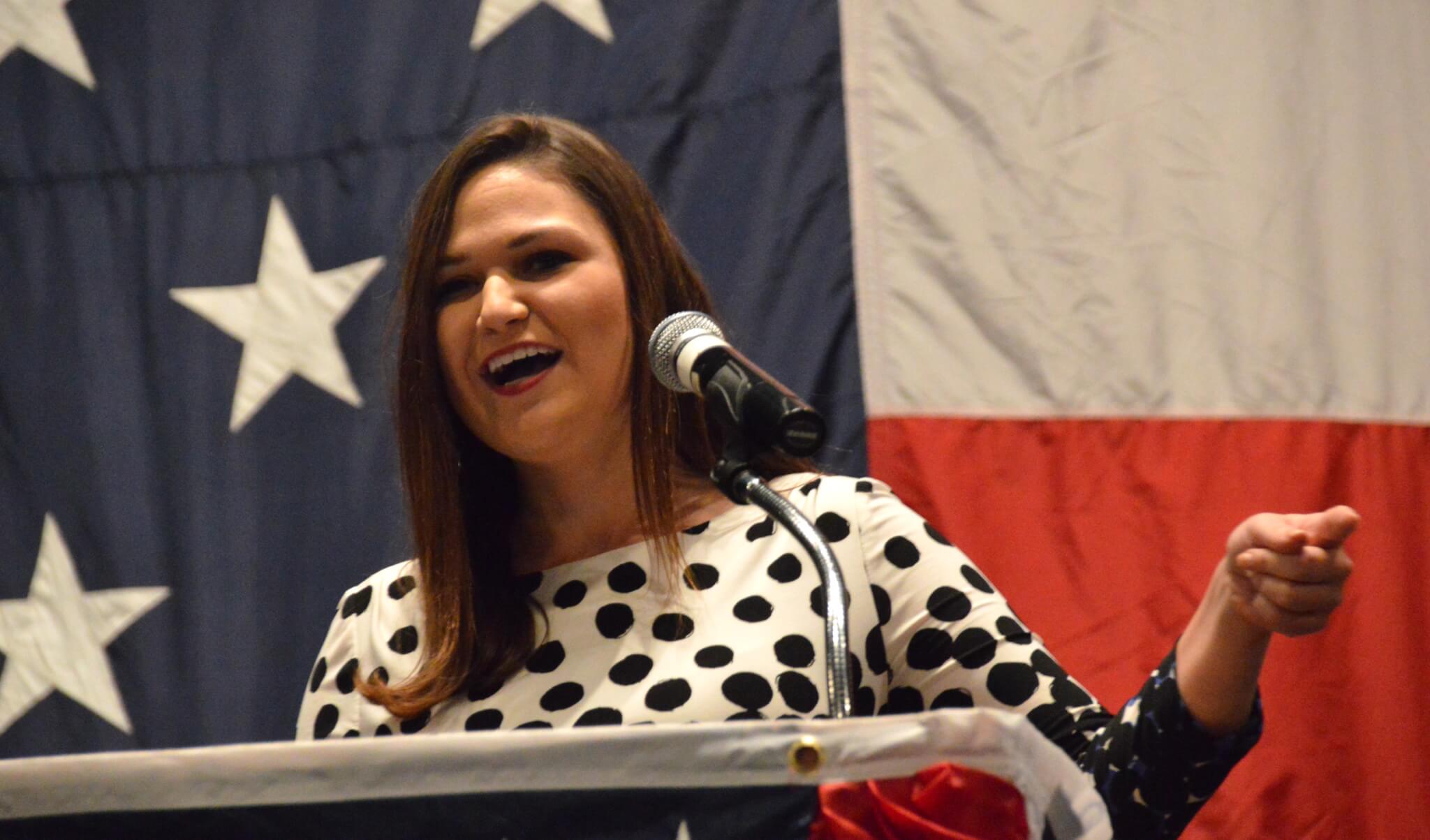 “I believe that economic concentration is the fundamental issue of our time … I recently published an article in the Register calling for the breakup of Monsanto. Sure enough, within a week of me announcing, a Koch-funded group published a response that actually argued that less choice helps farmers. And they called me a dangerous progressive with ties to President Obama. First thing I did was call my partner Daniel and say, ‘What a compliment!’”

“When David Young and Steve King vote together, lock-step, to take away healthcare from old people, from ill people and children, what exactly is David Young? He’s an asshole … When Michelle Obama says, ‘When they go low, we go high,’ it works for her. She’s very classy. I’m not. So when they go low, I kick them in the balls.”

Ryan led part of the crowd in a call-and-response of calling Young an “asshole” several times.

“Many of our communities are struggling. Local businesses are closing. Our main streets are too quiet. Our young people are moving on for better opportunities … While all this happens, our current congressman is underrepresenting us and much as he is misrepresenting us … We can and we must revitalize every community in our district, and that will be my priority as a congresswoman.”

“The Surf Ballroom, this is the place where my mom, when she was 16, would sneak out to and go dancing … I’m running for Congress to fight for the Iowa my grandmother gave me and to build an even greater Iowa for those who come after … Tell me this race is unwinnable, tell me Steve King is unbeatable, that only adds fuel to my fire. I felt the energy of the young people in this district, and I think that together, we will make the impossible happen.” 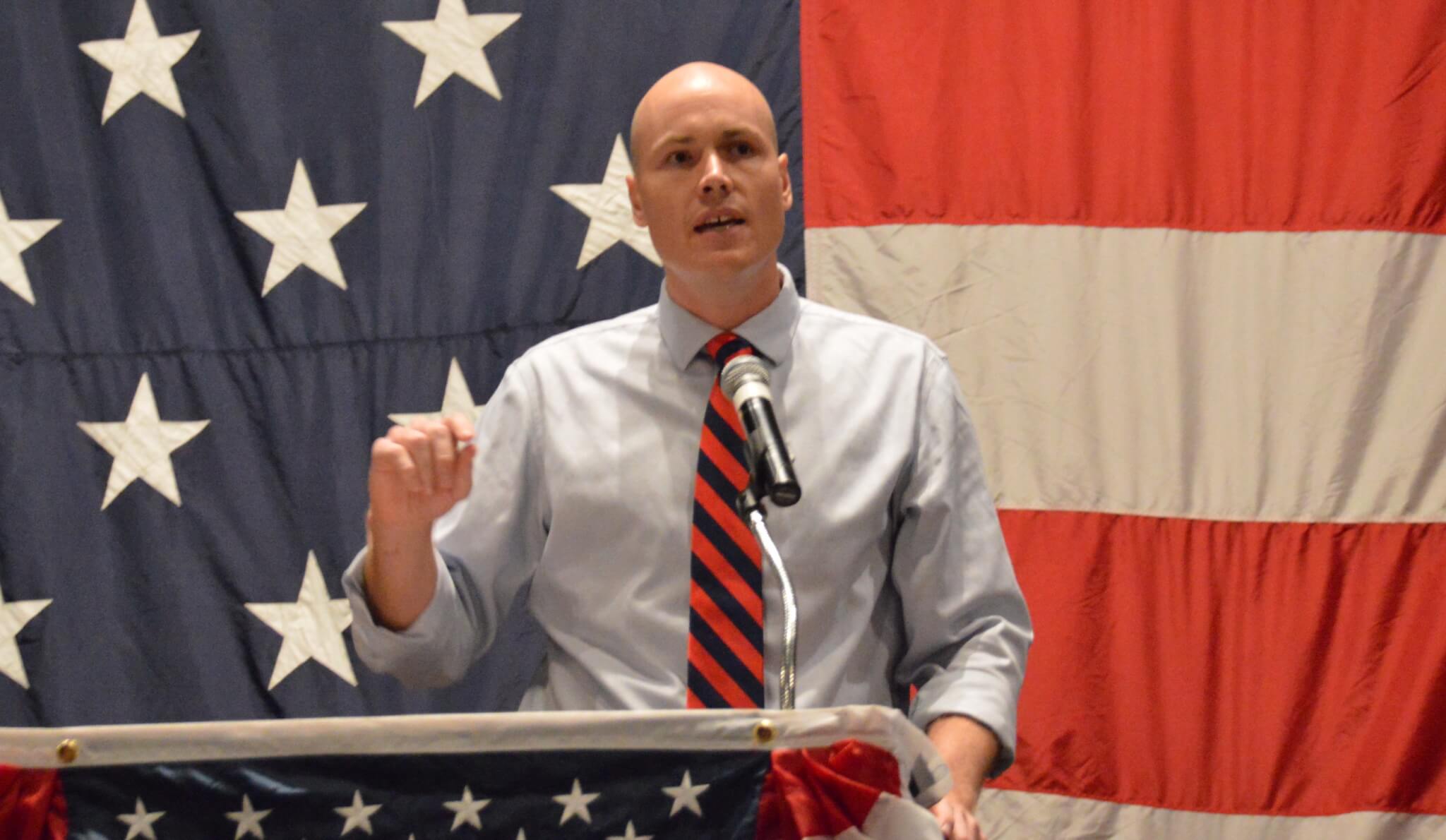