Under a blazing hot sun yesterday, Senator Joni Ernst drove into her annual Roast And Ride fundraiser with Vice President Mike Pence at her side. Both were on motorcycles. But had just a few political calculations gone differently last year, it might have been Ernst who wore an official vice presidential riding jacket.

Last June and July, during the speculation over who Donald Trump would pick as his running mate, Ernst’s name came up often as being on Trump’s short list. There was chatter in some Republican circles that she was actually the favorite, so long as she wanted it.

It’s not hard to see why Ernst stood out: the Senate’s first female combat veteran, from a Midwest swing state and decently well-known nationwide thanks to her “Squeal” ad last cycle. She’d already shown some ambition by taking on the response to Barack Obama’s State Of The Union just a few weeks after she was sworn in.

But then she met with Trump in early July and told him she wasn’t interested, that she preferred to keep her focus on her work in the Senate.

That point in time in July 2016 was one of the moments during the campaign where Hillary Clinton held her strongest leads against Trump. His candidacy was already shaky enough, and many Republicans – including Ernst – seemed uncomfortable with his erratic personality.

And then Trump won. And all the Republicans who distanced themselves from Trump or who shied away when their names came up as a potential vice president didn’t look quite so smart anymore (at least from a purely political standpoint).

So does she regret it at all?

“Never. Never. Absolutely not,” she replied when Starting Line asked her yesterday. “I think Vice President Pence is tremendous. And he brought a lot to that ticket. I love working with the people of Iowa specifically. I feel that my place is in the Senate. Absolutely no regrets. I think we have a phenomenal ticket at the top. We have a great administration. However I can push our Iowa initiatives in the United States Senate, that’s what I’m going to do and I’m really glad to do it.”

You wouldn’t have expected her to say anything less. But you just have to wonder if the thought ever crosses her mind.

Certainly, the Trump Administration’s first five months have not gone well. The independent investigation into Russian election interference could take down key members of Trump’s inner circle, or even lead to the end of his presidency. But that doesn’t mean that Pence still wouldn’t be able to pick up the pieces and lead the party if Trump implodes. A presidential resignation would be terrible for Republicans, but a no-drama Pence in charge could theoretically right the ship in time. 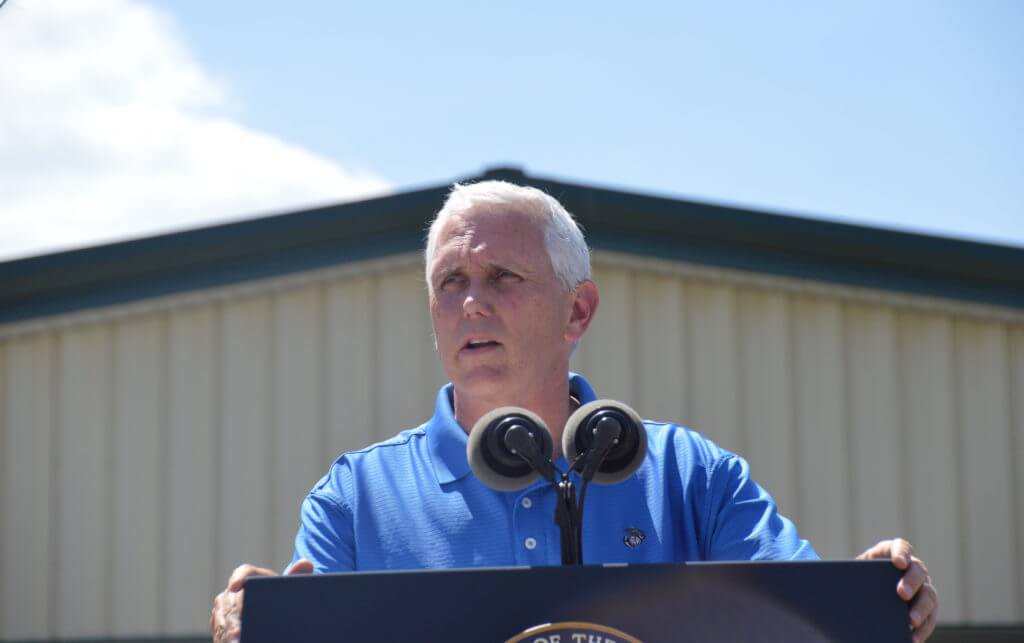 Plenty of Democrats think that connection to Trump will eventually be any Republican’s downfall, but elections simply have not borne that idea out. So Ernst could have been perfectly fine as Trump’s VP, scandals or not. Plus, she just as easily could have been president herself soon enough, whether through a Trump resignation or in eight years if Trump was reelected.

Though as Ernst’s other speaker at her fundraiser noted, she may yet get back in that game.

“I am looking forward to the day when Mike Pence and Joni Ernst are on the same ticket!” South Carolina Senator Tim Scott told the crowd.

Maybe Ernst will still be a strong national running mate option in eight years (again, on the off-chance Trump is reelected). But eight years is a long time, and political stars can fade after their initial introduction. A national ticket with a Hoosier and an Iowan could held solidify Republicans’ new hold on the Midwest, or Iowa could be so red by then that Ernst’s geographical position doesn’t help any.

One more thing to remember: Pence had to give up his governorship in 2016 to join the ticket. He was up for reelection that year. Had Trump lost, Pence would’ve been out of a job. Ernst was only two years in to her six-year term, but passed. Sometimes those who risk big get rewarded.

Second chances at a prize that big in American politics is rare. Joni Ernst might get another. She might not.