Secretary of State Paul Pate’s “election integrity” bill is scheduled to come to a vote in the Iowa House tonight, though a long-running discussion on the gun omnibus bill may push it into tomorrow. Either way, passage is coming soon for the wide-ranging election legislation that adds voter ID requirements, signature verification, shortens the timeframe for absentee ballot requests, and adds electronic poll books and a new election auditing system.

At a public hearing last night, many Iowans pointed out the disconnect between Paul Pate’s focus on nearly nonexistent fraud when 5,842 votes went uncounted in Dallas County in 2016. Matt Chapman, a man from Waukee, questioned the priorities of the Republican legislators.

“I live in Dallas County where almost 6,000 votes were lost,” Chapman told the House committee. “I would point out that one person was charged with fraud for voting twice. So I think we can all agree that we need to put 6,000 times as much effort to fix things into the auditing portion as we do fixing virtually nonexistent voter fraud.”

Nathan Blake, an Assistant Attorney General for Iowa and possible Democratic opponent to Paul Pate in the 2018 Secretary of State race, lamented the bill’s likelihood of keeping eligible voters from voting.

“It is deeply disappointing that this voter suppression bill was presented by Iowa’s top election officer,” Blake said. “The Secretary of State’s job is to encourage and facilitate Iowans’ participation in the democratic process, to get more citizens voting. But this bill runs counter to that goals … Today the ballot box is far more accessible to far more citizens than ever before, and we should be proud of that and build on it.”

Pate’s reelection efforts could get much more complicated given the fallout from the Dallas County vote disaster. Though it was local officials who failed to upload the accurate count from election night, many have critiqued the Secretary of State’s office for not realizing a major county’s vote totals were 11% under what they should have been until February.

“Why are we not addressing the real concern that arose this past election, where almost 6,000 ballots in Dallas County were not counted?” questioned Connie Ryan of Interfaith Alliance. “This is an issue of justice. Our nation has a long history of disenfranchising voters … Iowa should not ever add to that history.”

Pate’s legislation does provide for new election audits, timed to be done before the official canvass is completed. However, the specific audits will be selected at random, meaning they easily could have missed the Dallas County problem last year.

Many speakers at the hearing also cautioned about the unintended consequences of Pate’s signature verification idea. Namely, that poll watchers who aren’t experts at handwriting analysis could use it to turn away legitimate voters, especially for elderly voters whose signature styles have changed due to medical issues.

“You’re telling me that [my grandmother’s] franchise right is subject to the whim of a poorly trained poll worker?” asked John McCormally. “If we are to accept the Secretary of State’s explanation, that the 6,000 votes that were not counted in Dallas County were due to human error, then we should not be introducing the potential for more human error into the process.” 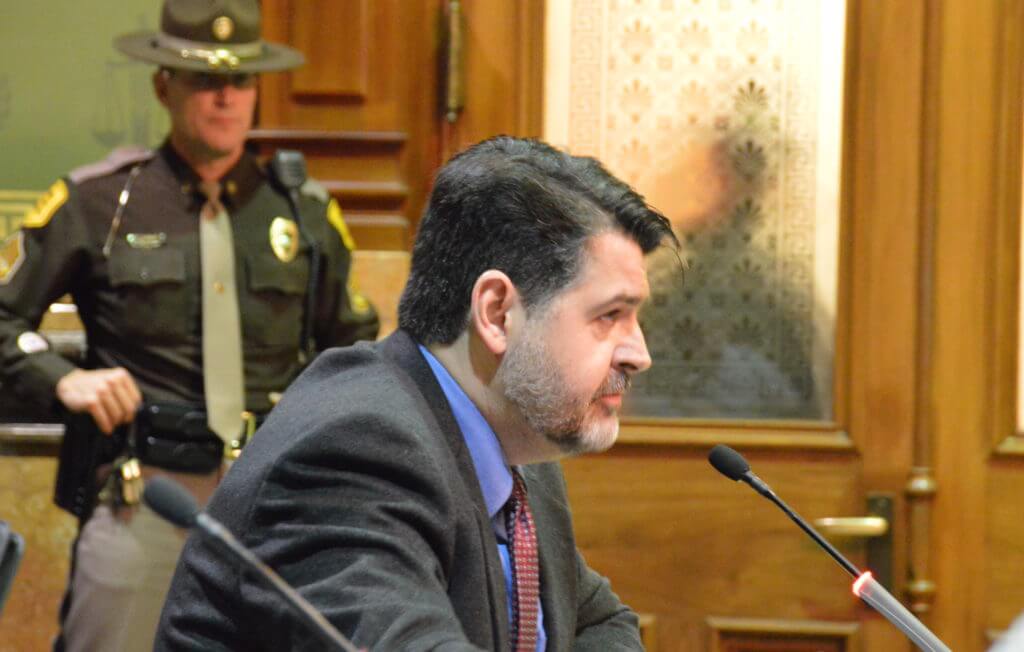 The legislation is opposed by the county auditors’ association, who worry that it will lead to a more complicated voting process that denies some voters their rights.

“This is nothing more than putting unfunded mandates and more work on the auditors across the state,” argued Johnson County Auditor Travis Weipert. “How many people are you going to disenfranchise? I’d really like to know the number.”