The 2017 Iowa legislative session has been disheartening for many Democrats, progressives and people who care about a fair, just Iowa. But there is one silver lining: tough people step up in tough times, and Democrats have had several leaders to rally behind in these fights.

For a state party that has lacked a central, natural leader for several years, the emergence of several strong, inspiring voices has given many activists hope for the future. Let’s take a look at just a few of the leaders and activists who have stood out so far this session.

Those behind the scenes in Iowa politics have known for some time that Nate Boulton would be a key leader for Iowa Democrats in the future. Few expected it to happen quite so quickly. Less than a month after being sworn in to his first term in the Iowa Senate, Boulton led point on the collective bargaining bill, the biggest fight the labor movement and Democrats have had here in decades. He addressed the massive rallies at the Statehouse and led off the Democrats’ marathon debate in the Senate with a widely-praised speech in which he spoke of growing up in a union family.

Senator Nate Boulton kicks off Monday's rally at the Iowa Statehouse.SHARE this video and visit saveiowaworkers.com to TAKE ACTION.

Articulate and quick on his feet, Boulton gave numerous speeches – both prepared and impromptu – that laid out a clear, coherent case for keeping Chapter 20, while still mixing in plenty of passion and personal connection. It’s not often that a freshman senator immediately becomes one his party’s biggest spokespersons on the toughest issues. But Boulton was well-prepared. A labor rights attorney, he was the lawyer in the case where AFSCME and several legislators sued Terry Branstad over the use of the governor’s veto power in 2012.

This all has led to chatter about whether Boulton should seize the moment now and run for governor in 2018. There’s plenty who would support such a bid, but Boulton, who is 36 years old, represents a safe East Des Moines seat and has significant donor connections, has plenty of time to weigh his options for what is certain to be an impactful career in Iowa politics.

Polk County knows Senator Janet Petersen well, who has served in the Legislature since 2001, and so too do the most-involved activists and donors around the state. But her role as the lead defender of Planned Parenthood during the defunding debate catapulted her to even larger prominence this year. Her entire career of passionately advocating for women’s healthcare options built to this moment when those rights were most at risk in Iowa.

She was given a hero’s welcome as she worked her way into the subcommittee hearing room last month, caught in a video that really should have gotten more coverage than it did:

Thank you to everyone who showed up today to oppose SF 2. Your dedication is an inspiration to me, and to many other members of the Iowa Legislature!

Democrats have long encouraged Petersen to make a run for governor or Congress, but she’s demurred each time. Some insiders believe that this session has made her angry enough to overcome past hesitations, and that she’s spoiling for a one-on-one fight with Governor-To-Be Kim Reynolds. And she did make several references to Reynolds in her speech during the collective bargaining fight, perhaps previewing a 2018 message. It’s not just the legislators who have shined in this year’s legislative battles. Many moments from this session’s public hearings and town hall forums have stood out as Iowans gave their passionate testimony on how a piece of legislation will negatively impact their lives. But one voice in particular quickly emerged as one of the most effective counters to Republican legislation: Terry Branstad’s former education policy director, Jodie Butler.

Butler, now an active volunteer for Democrats in Ankeny, repeatedly shamed Republicans during the collective bargaining and education funding debates for taking such a drastic departure from how Iowa used to be run. She would often remind legislators that she actually spoke and coordinated with the other party when she served in the Branstad administration. 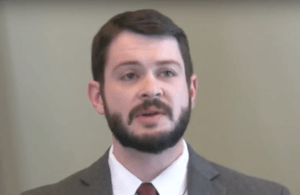 Even if you haven’t watched any of Representative Chris Hall’s speeches, you’ve heard his words throughout the entire statehouse debate this year. This January the 31-year-old legislator dug into past data on state appropriations and revenue and found that Republican budgets in the past several years have outpaced state revenue. The biggest increase came in FY 2014, when Republicans pushed through the huge corporate tax giveaways, directly leading to this year’s budget shortfall and the de-appropriations bill. 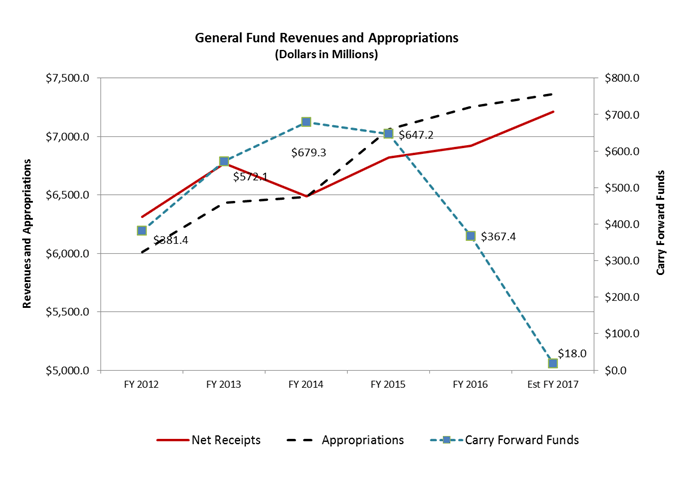 Hall put together a memo and House Democrats shared it around. The theme caught on, with dozens of legislative Democrats and allied groups amplifying the point that this year’s reductions were directly tied to Republicans’ misguided corporate tax cuts.

Some activists and Iowa politics watchers might assume that these communications strategies just naturally come about. As someone who’s worked on Iowa campaigns, let me assure you: they don’t. It takes someone to step up and lead to make sure a new message gets crafted and distributed. Chris Hall took on that fight this year, and Iowa voters are now better informed thanks to it.

This state can do better for all working women and men.

Posted by Chris Hall for State Representative on Friday, February 17, 2017 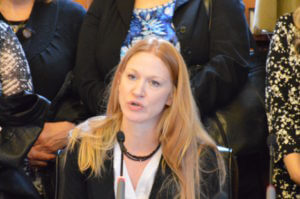 The Republican senator from Southern Iowa stood out this year, but not in a good way. Those who follow the Iowa Senate closely have known for a while about Amy Sinclair’s toxic attitude, and it was only a matter of time for the rest of Iowa to experience it now that Republicans hold the majority. Sinclair shepherded the Planned Parenthood defund bill through her committee, nastily shooting down anyone in the audience who murmured or clapped in support of a speech. Despite nearly 500 Planned Parenthood supporters showing up for the subcommittee meeting, Sinclair kept the meeting to just under 30 minutes.

Senator Jason Schultz, the other Republican on the committee, may have taken note of the backlash to Sinclair’s heavy hand. While the collective bargaining bill was fast-tracked, Schultz at least did a better job of letting the public weigh in at his committee hearings.

Then Sinclair took her unpleasant persona to another level during floor debate on the Planned Parenthood bill. In her speech she told Senator Boulton that he should be mindful that his mother could have aborted him. As you can see in the video, she knew that she’d be called out of order and gave a little smirk once she’d made her point.

SHARE THIS! The senator that single-handedly ran the bill to defund Planned Parenthood comments to new state senator Nate Boulton who courageously stood up for Iowa women on the floor of the senate, & this is Senator Sinclair’s hard hearted response.

Sinclair is the only remaining female Republican senator after some others passed on running for reelection in 2014 following the sexual harassment scandal among senate Republican staffers. But rather than be repulsed by the noxious atmosphere Bill Dix has created in the Republican senate caucus, Amy Sinclair seems to be thriving in it.