Angry crowds of Iowans packed legislative forums and listening sessions across the state once again this Saturday. Opponents to Republicans’ far-reaching and fast-tracked agenda easily outnumbered supporters at close to a dozen events around Iowa. Emotions ran high as many attendees related their very personal stories of how the Republican legislation would affect them and their families. Collective bargaining and education funding were the biggest topics debated.

Every weekend now in the age of Donald Trump and Republican rule in Iowa has turned into a massive organizing moment, where thousands of people turn out to rallies or forums. Starting Line attended the legislative forum in Ankeny this morning (I’ll post on that later), and social media was filled with scenes from other events around the state. Here’s some of them:

The standout moment in Ankeny came when a teacher described how his daughter was to the point of giving up on going into teaching in Iowa.

Very emotional moment as teacher demands legislators address his daughter who's now given up on teaching. Only 1 answers, girl now in tears pic.twitter.com/p0XoTlkdKW

A town hall in Gilbert (north Story County) invited seven legislators to attend. All three Democrats did so. All four Republicans, Senators Bill Dix and Jerry Behn and Representatives Dave Deyoe and Rob Bacon, did not show.

Another record crowd was seen up in Mason City.

Some union members there brought their children with them.

@IowaSEA Gathering in Mason City full house. We gather to support each other. Be proud union workers! pic.twitter.com/BgDmA8r2Lm

After that a rally was held for collective bargaining. Representative Todd Prichard held a press conference on it there as well.

Lots of union members turned out for the Council Bluffs listening post.

Many showed up for the Northwest Des Moines town hall, where Senator Janet Petersen reportedly gave a speech so passionate and focused on the statewide political situation that it made several wonder if she was preparing a run for governor.

The forum in Cedar Falls was the best-attended in memory. Several Democratic legislators were there. Representative Walt Rogers was the sole Republican.

A forum in Waukee that included Senator Charlie Schneider quickly filled to capacity.

@IAStartingLine Waukee forum is at full capacity (a whole 107 people) and they aren't allowing more people in. pic.twitter.com/6TMA1NUc2l

Back in Ankeny, a crowd of over 400 packed the room and overflowed into the hallway outside. 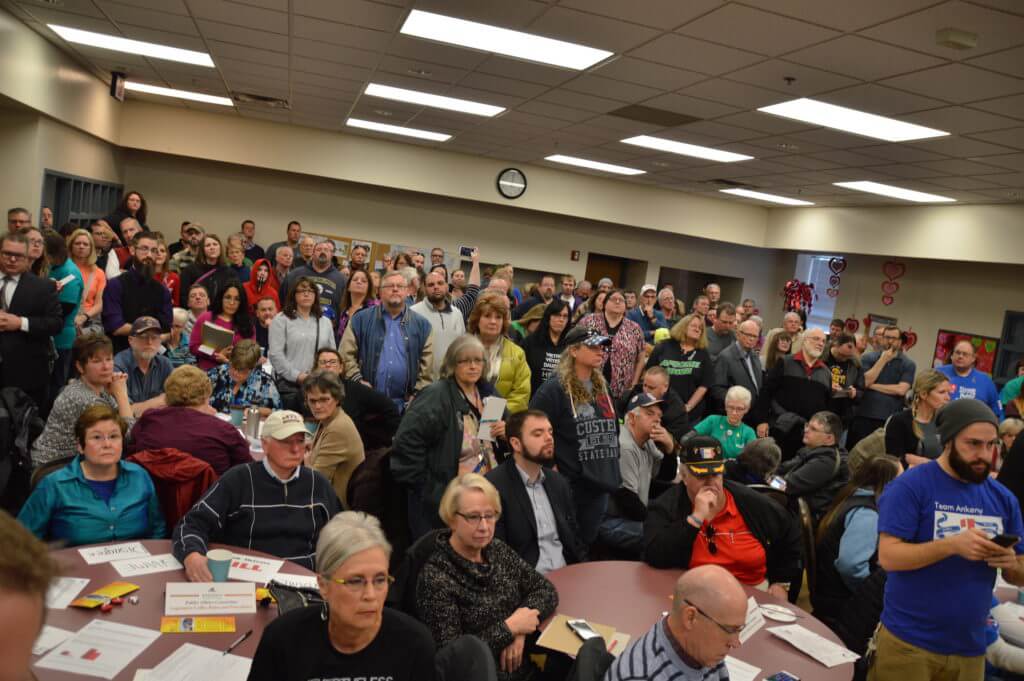 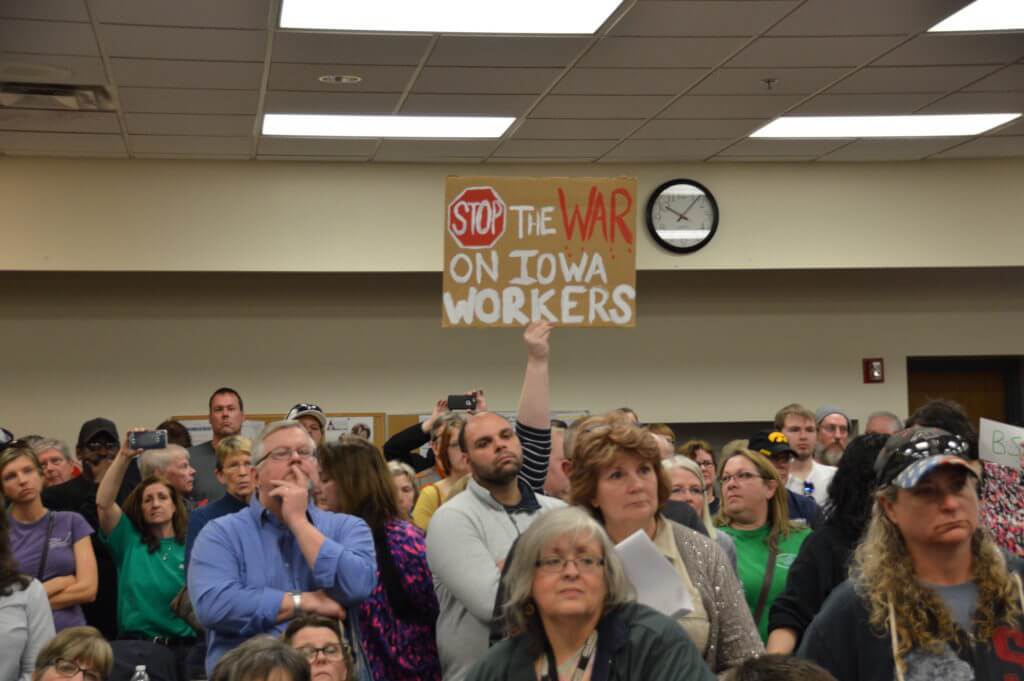 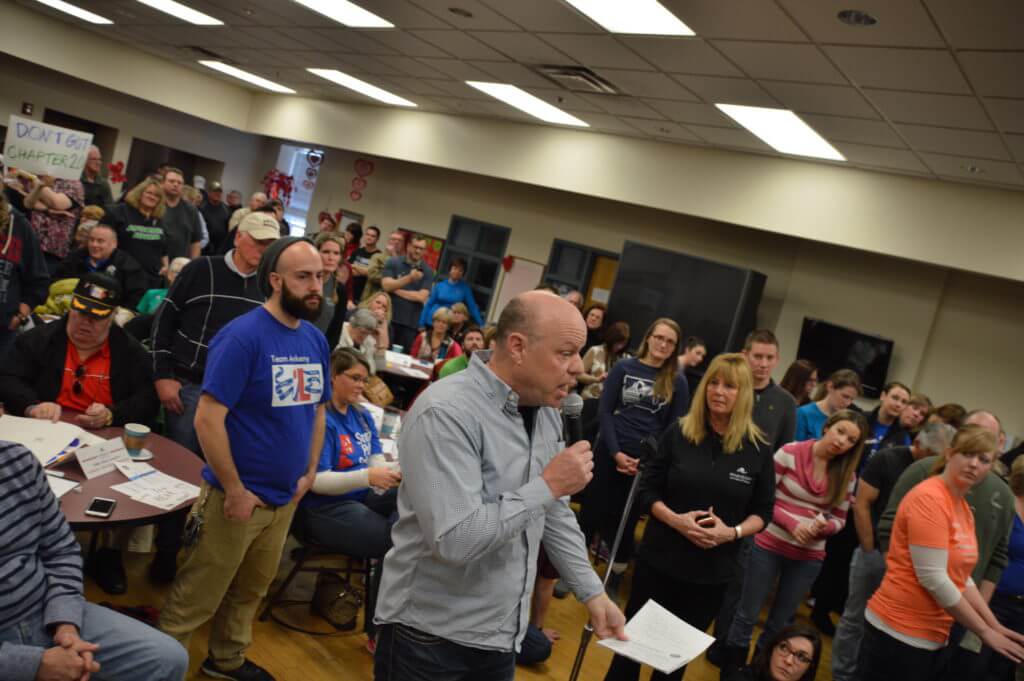