As the final countdown begins for the close of polls in Iowa, thousands of volunteers are spread out across the state knocking on doors, collecting absentee ballots and dragging every last person they can get to the polls. A big part of Democrats’ GOTV efforts come from organized labor, and AFSCME is providing a good chunk of that, both for Hillary Clinton and down-ballot legislative candidates.

AFSCME’s Iowa operation has 340 volunteers working around Iowa to turn out voters and their members. They’ve focused in on getting their members to cast their ballots early; 59% of their Iowa membership has already voted. Part of that came from member-to-member door knocking, some came from their direct mail program with absentee ballot request mailers.

“If we get our folks out, we’ll win November 8th,” predicted national AFSCME president Lee Saunders, who traveled to Iowa late last week to rally the troops.

Saunders visited during a tour of important swing states in the last week of the campaign, touring some AFSCME workplaces and pumping up the local volunteers. He said that the labor union has put a particular emphasis on in-person conversations with their members to get them activated in 2016.

“We believe that we’ve got to reconnect within the union and our members,” Saunders said. “The way to do that is to not take folks for granted, but to have one-on-one conversations with people. Knocking on doors, sitting down and not only talking with them, but listening to them.”

In Iowa the union’s volunteers have knocked on over 6,200 member doors. Much of their turnout program that they’ve run since August is targeted in certain swing legislative districts that will determine which party controls the Iowa Senate and House. 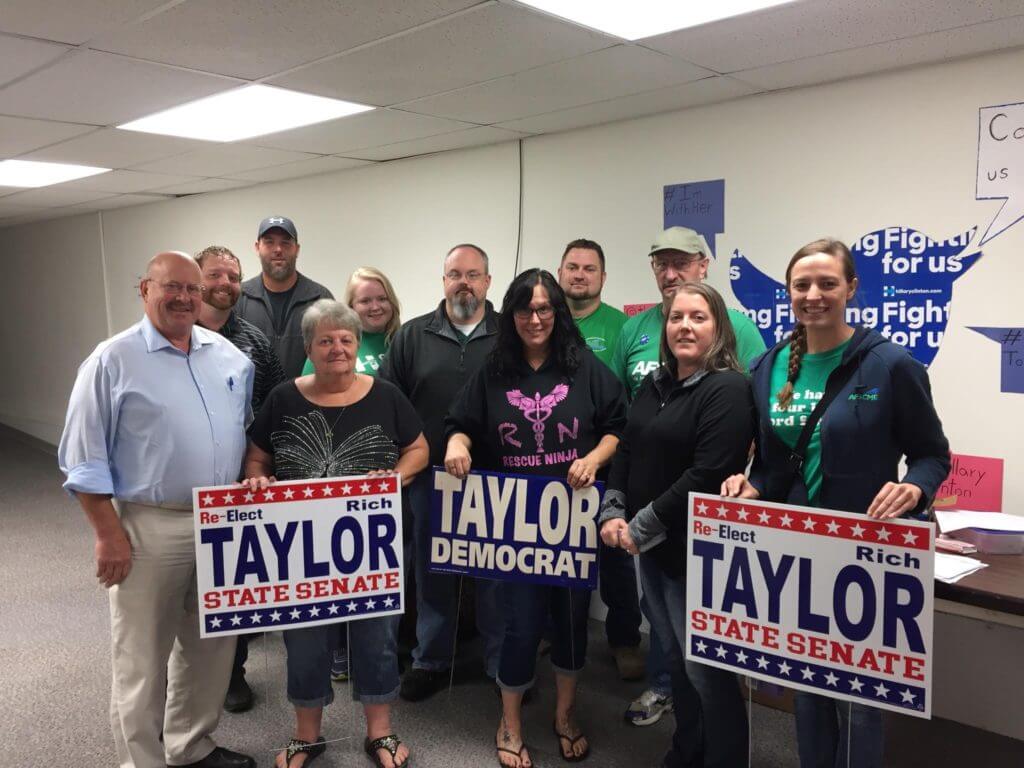 While the national conversation over the presidential campaign has often veered off into personal attacks and controversies, Saunders said their job is to steer the focus back to real issues.

“Talking about pocket book issues, talking about economic justice for all, talking about the importance of keeping the movement strong or stronger,” Saunders explained of what they hone in on.

And for union issues and working families, there’s a lot of daylight between the two candidates that AFSCME highlights.

“We share those differences with [our members]. I’m not going to get caught up on emails, I think that’s a side-show, to be quite honest with you,” Saunders said. “Our people care about what’s happening to their families, pocket book issues and what’s happening on their jobs. What the future is going to hold for their children and grandchildren. And who best stands up for working families. When you have that discussion … people get it.”

Throughout his campaign, Trump has tried to attract working class voters and union members that used to vote Democratic. Saunders argued there’d be no one worse for working families than Trump.

“I fear for our country. I think that he’s a phony. He’s a fraud,” Saunders said. “He has no understanding of the challenges that confront working families … He says he stands up for unions and for working people, yet he’s publicly said that wages are too high … The way that he treats his own workers, and just the divisiveness in his statements that he makes against communities of color, against immigrants, against women. This guy is not ready for prime time.”

If Clinton is elected president tomorrow, AFSCME and other unions have high hopes for what she can accomplish.

“She’s got to have a strong program for economic justice for all, which includes strong wages, making sure workers have a level playing field,” Saunders said. “I think she’s going to have to deal with the issue of immigration. People want to see action and they want to see activity after this election.” 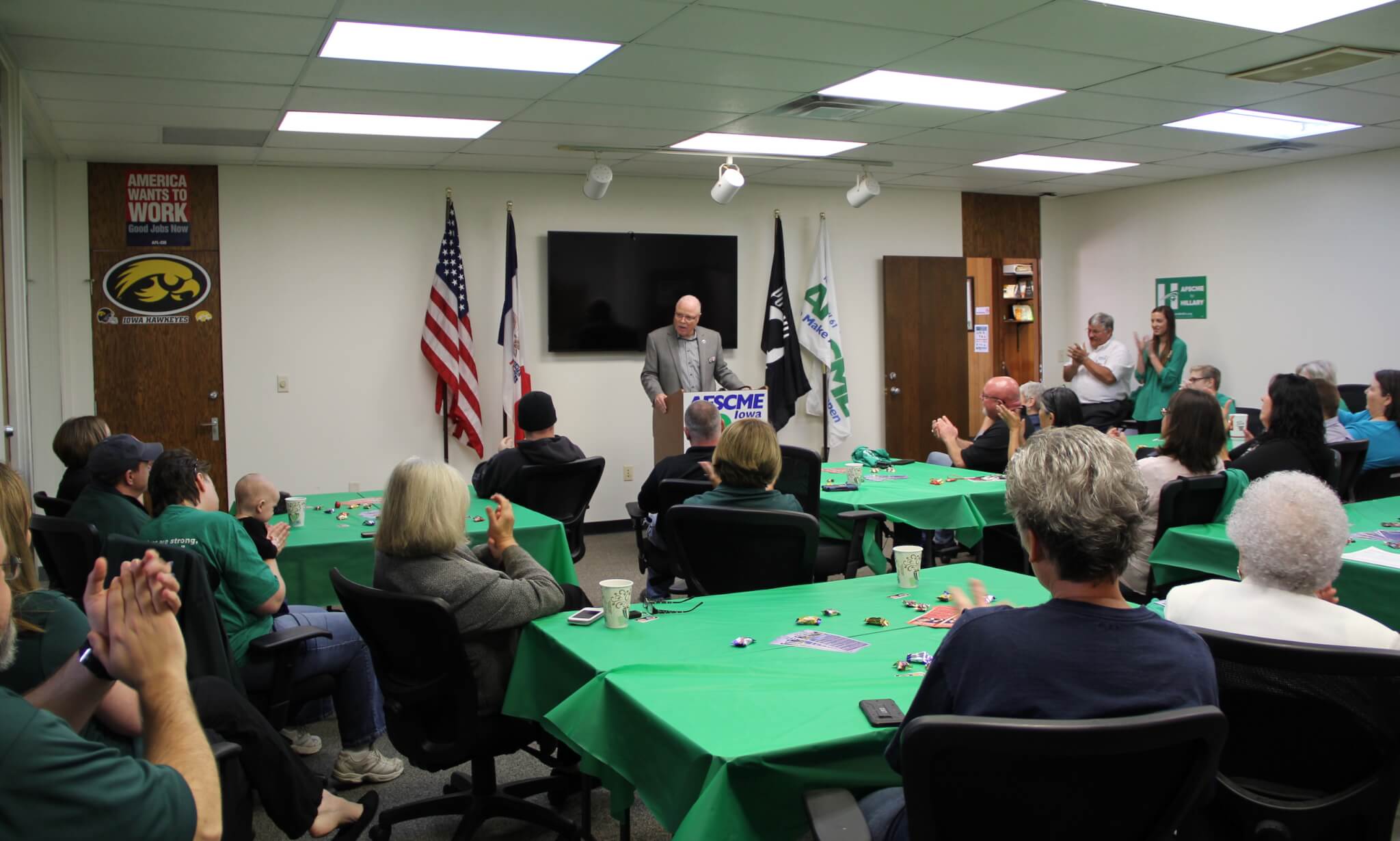 Once all the smoke has cleared on Wednesday, AFSCME plans on keeping their member-to-member program running strong in order to help a President Clinton succeed. That will include continuing to organize local communities around their top issues to press Congress to act and not obstruct everything they can.

“We want to keep that movement in place and we want to keep those relationships in place,” Saunders said. “It’s working out very well during the election season. We’re working much more closely with our friends and allies. There’s an organization called For Our Future, where it’s a group of labor unions and outside funders who aren’t associated with us, but have a relationship with us and our issues. We’ve put resources into this and this program has worked wonders in the states we’ve run it in.”