The Republican Party of Iowa is playing a tricky game this year in how it promotes their candidates and how they criticize Democrats. Inside Polk County, Republican campaigns like Chris Hagenow’s are promoting their support of balanced budgets and assistance to small business, while hitting Democrats on spending plans and some personal issues.

“It’s time for Des Moines to fend for itself,” declares one Iowa Republican mailer that goes after Democratic Senator Steve Sodders of State Center. 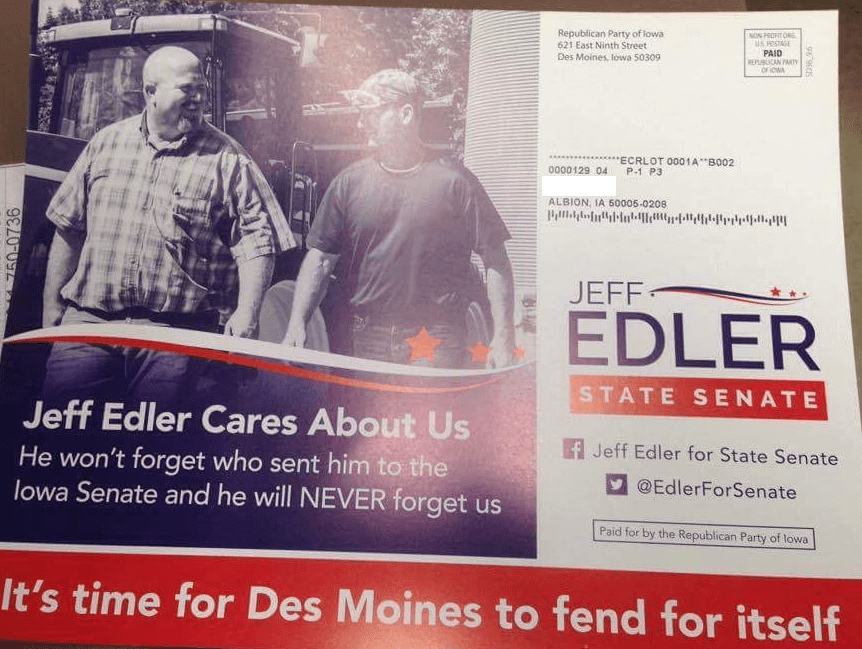 Republicans are criticizing Democratic lawmakers for a small handful of funding proposals, some of which were never passed into law. Among them are the free trolley service that runs through downtown Des Moines and the East Village. Another is funding for a golf tournament aimed at economic development, which wasn’t even in the final bill the senators voted on. Nor was the funding for the parking lot of the Iowa Cubs baseball stadium, nor additional funds for the Blank Park Zoo. Yet all of those Des Moines-area projects are the focus of a massive negative ad campaign all across the state, except in Polk County.

Republican campaigns are even going so far as to mock Polk County residents, insinuating that economic development projects for Des Moines are underhanded, sweetheart deals that people in Polk County know are shady. 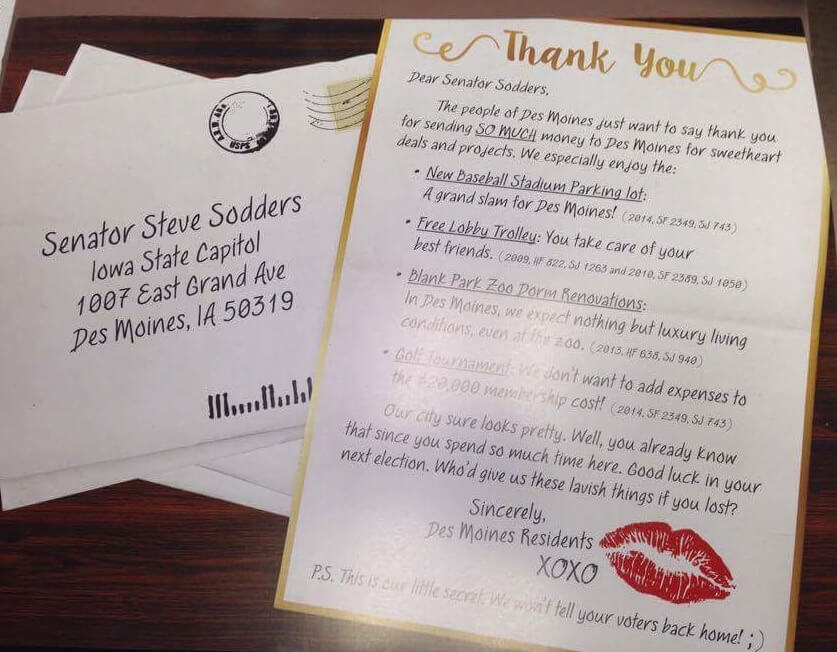 The attacks in Sodders’ district, which covers Marshall and Tama counties, are a bit odd considering many people in Marshalltown come to Des Moines for shopping and entertainment. In other parts of the state, the anti-Des Moines attitude rests on an assumption that Iowans apparently hate their capital city. Or perhaps they’re trying to rev up anger toward people who live there. 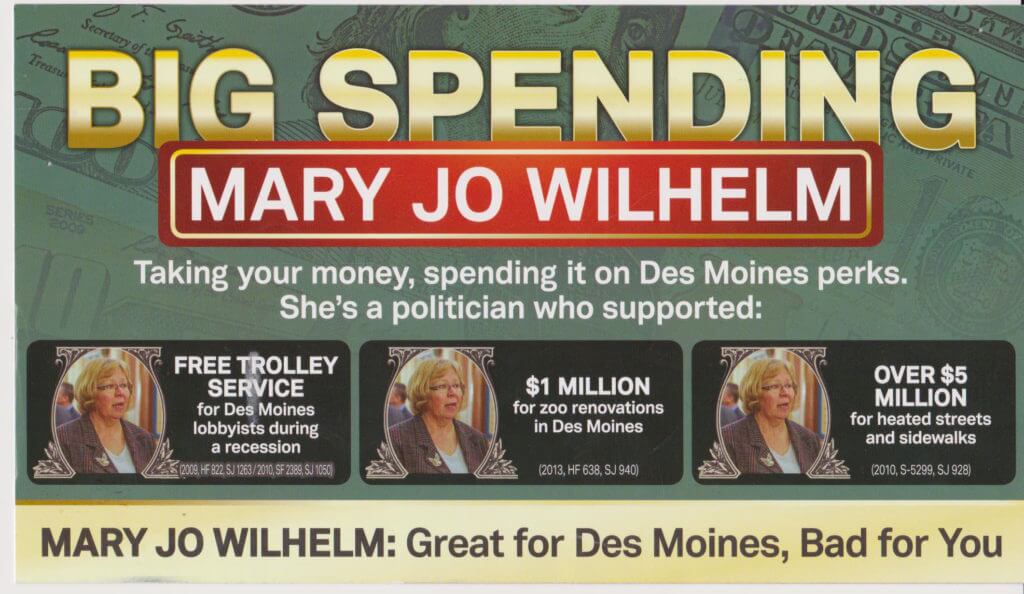 The ads got a Linn County Republican’s candidate in deep trouble, as Rene Gadelha got a series of fact checks that gave her Des Moines funding attacks an “F.”

Some may think that’s just part of the political cycle, where campaigns launch questionable attacks against one another. But this year’s focus on Des Moines spending could have serious negative consequences for the metro area in the future. Will incumbent legislators approve funding for economic development projects in Des Moines if they know they’ll get blasted for it in their reelection efforts?

Obviously, Des Moines is not the only place in the state that gets state funding for various projects. Everyone does. Todd Dorman addressed that in his criticism of Gadelha’s ads in the Cedar Rapids Gazette.

“Should the state’s largest city be barred from receiving funds for local projects?” Dorman wrote. “I’m glad that when Cedar Rapids sought help with flood recovery and protection, or when Marion asked for state help funding its own baseball complex, the answer wasn’t ‘fend for yourselves.'”

Does Chris Hagenow think it’s okay for his Republican Party, which he is funding, to bash the area he represents? Does Kevin Koester? Does Pete Cownie? Does Jake Highfill, John Landon, Zach Nunn, Brad Zaun, Jack Whitver or Charles Schneider mind that their party is denigrating the people they represent?

Voters in Polk County should be paying close attention to the campaigns this year – not just the ones being run locally, but the ones in other parts of the state too. Because the anti-Des Moines attacks the Republican Party is running could have real consequences for local residents, and the Republicans here aren’t standing up to it.