Nationally, there has been a great deal of concern about the increasing threats to Muslims, Latinos and other immigrants resulting from Donald Trump’s hateful anti-immigrant rhetoric. Iowa Latinos are experiencing that hate, and share their increasing concerns about a noticeable change in some Iowans’ attitudes toward them. Many say Iowa in the past has been an extremely welcoming state to immigrants, but Trump’s vicious attacks are changing that environment in Iowa. A racist incident at an Iowa State football game last year gained national attention and highlights their concerns. At that game, Trump supporters yelled at Latinos, “If it ain’t white, it ain’t right.”

The Iowa Latino community has a very important stake in the 2016 presidential election. They fear if Donald Trump is elected president many Latinos might be deported, families will be torn apart and their future in America will be in real doubt. Talking to Iowa Latino leaders this last week, they agree Trump’s hateful comments have already effected how they are treated by other Iowans. Some mention blatant racism directed at them since Trump first began his attacks on immigrants. Since Trump labeled Mexicans with a broad brush as criminals, drug dealers, rapists and killers, the Iowa Latino community has seen a dramatic change.

However, the other change that the Trump attacks have had on Latinos is to motivate them to vote. They are organizing in their communities with voter registration drives and early voting initiatives. Fear of Trump has stimulated them to get more aggressive in turning out the Latino vote effort to defeat him.

Here is a sample of what some Latino leaders are saying about Trump: 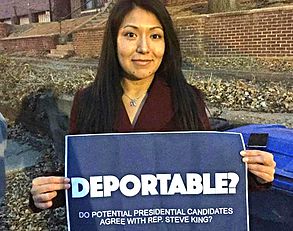 Monica Reyes was born in Mexico and brought to Iowa in 1996 as a 3-year-old child. She is a Dreamer (undocumented residents brought to the United Sates as children). She is a DACA recipient (the presidents order to protect Dreamers) and is the co-founder of Dream Iowa. Monica grew up in New Hampton, Iowa and felt she and her family were welcomed by the community. Now she says she is feeling and seeing Iowa attitudes change, mentioning the Iowa State Fair experience as an example. She has always enjoyed the Fair in the past and felt totally accepted. However, she described attending this year’s Fair and hearing racism directed at Latinos who were speaking in Spanish. She described taunts directed at Latinos telling them they should “learn to speak in English.”  She says speaking Spanish is something that is a part of her culture – it’s not because she can’t speak English. 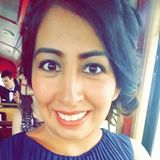 Brenda Phongsavanh is the newly elected Latino Caucus Chair for the Iowa Democratic Party. In that position, she does outreach to Iowa Latinos, increasing voter registration and get-out-the-vote efforts. She sees “Trump’s anti-Latino comments as irresponsible.” She sees Trump’s comments as scapegoating of minorities rather than talking about real issues. She says, “Latinos are shocked by Trump’s anti-immigrant remarks.” She doesn’t understand how any Iowa Latinos would be willing to support him as president. Specifically, Trump has called for deporting the Dreamers, but Brenda defends these as innocent children. She said they were brought to Iowa as children and did nothing wrong. They have grown up here and this is the only home any of them have ever known. 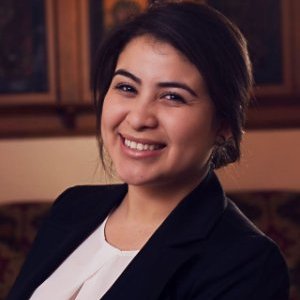 Kenia Calderon is a Dreamer as well and came to Iowa as a child. She graduated from Dowling High School and is a senior at Drake. Her family fled the gang violence in El Salvador and in a 2015 Des Moines Register article she said she doesn’t know if her family would still be alive had they stayed in El Salvador. She fears a Trump presidency would result in Latino families being ripped apart. She says when her family came to Iowa 12 years ago they were greeted with friendship. She explains, it’s different now and it saddens her to see that welcoming attitude changing. Her parents and her friends feel that some Iowans have become more judgmental toward Latinos.

Joe Henry is the National Vice President of the League of United Latin American Citizens (LULAC). LULAC is the largest and oldest Hispanic organization in America. Henry calls Trump’s attacks on minorities as “using the same old playbook of hate to garner votes.” He also mentioned the visible hatred that has been fanned in Iowa by Trump’s hate talk. He mentioned the incident at the Iowa State football game last fall when Trump supporters spit and threw things at Latinos protesting Trump’s visit. Henry also pointed to the harassment of Latino high school basketball players last year when Trump supporters yelled, “Trump, Trump, Trump.” Others reported Trump supporters yelling “build the wall” at Latino players.

Henry said all this Trump racist talk has Latinos organizing and growing their get-out-the-vote efforts and registering Latinos. They have gone from 23,000 registered Latino voters in 2008 to 34,000 in 2012. Their Iowa goal is to get 68% of the 73,000 eligible Latino voters registered. They have increased their local councils in Iowa from 4 to 14. The local councils are scattered in towns around Iowa and work locally on Latinos’ issues.

Latinos understand what’s at stake in this election. They are committed to getting Clinton elected and defeating Trump.

3 Comments on "Iowa Latinos React To Trump With Fear, Organizing"