It seems all the targeted Republican state senate candidates had a big TV shoot recently, as they’ve all posted their first ads online in the past few weeks. The ads themselves are so-so at best, but you rarely see very creative TV spots at the statehouse level. Each starts with the candidate talking directly to the camera in front of a plain white background, explaining their biographical background before explaining all the terrible problems in Iowa that they’ll go to Des Moines to fix (see links to all at the end of this post).

It seems the Republicans’ Senate Majority Fund brought in all their targeted candidates and senators to one city to do a big joint TV shoot with their consultant. They all appear to be in the same small business working with machinery as well, but the school shot stands out in particular.

Here’s Waylon Brown, the Republican running against Senator Mary Jo Wilhelm in Northern Iowa with what looks to be a teacher and a group of students: 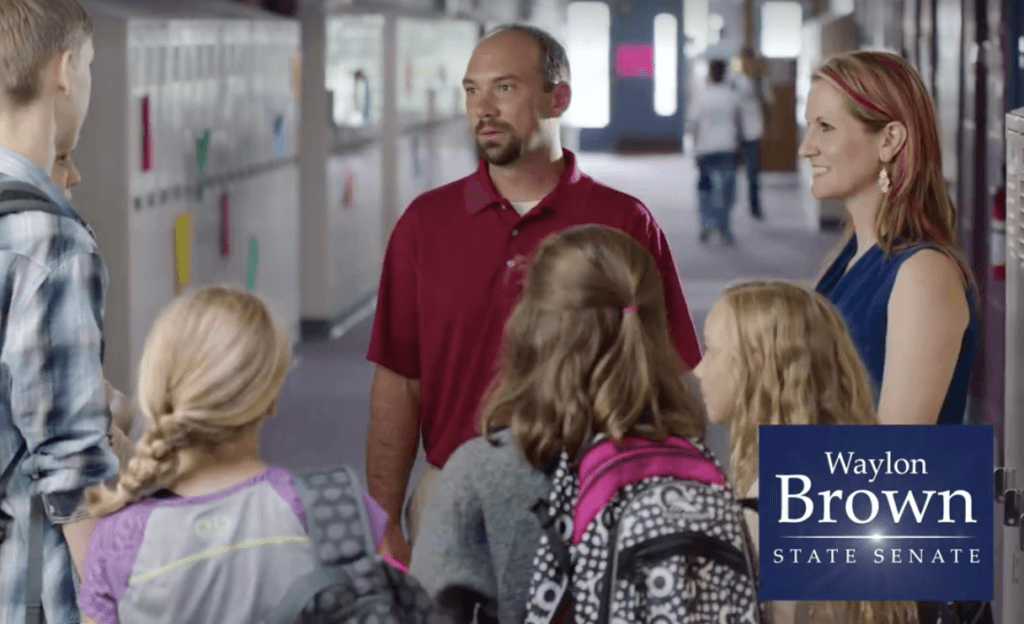 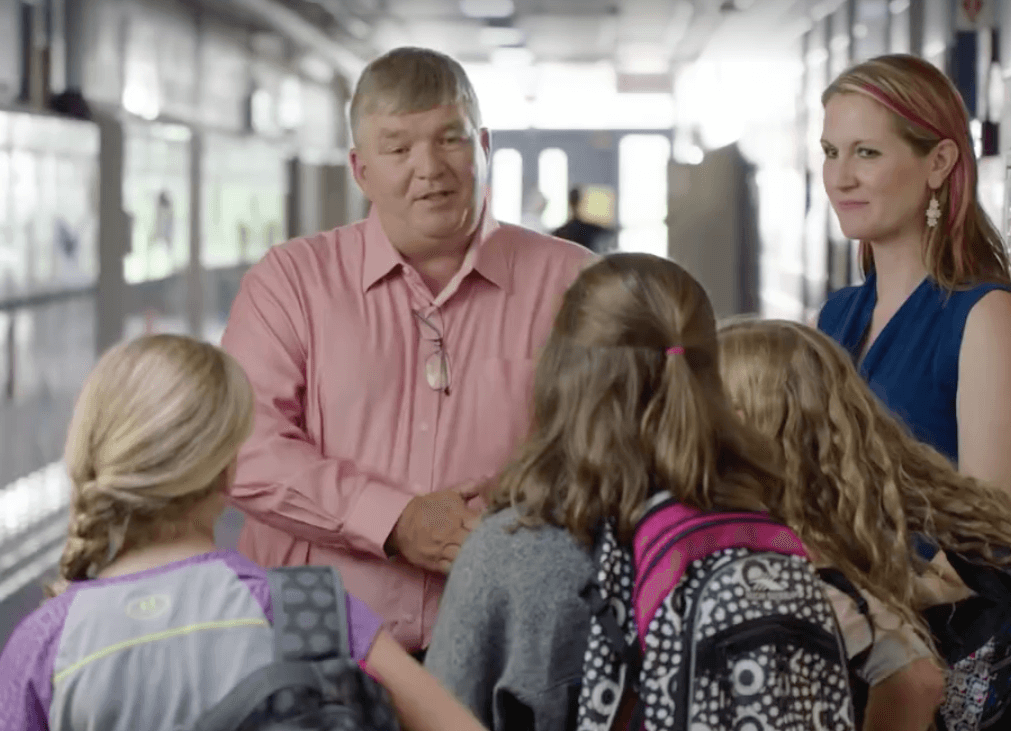 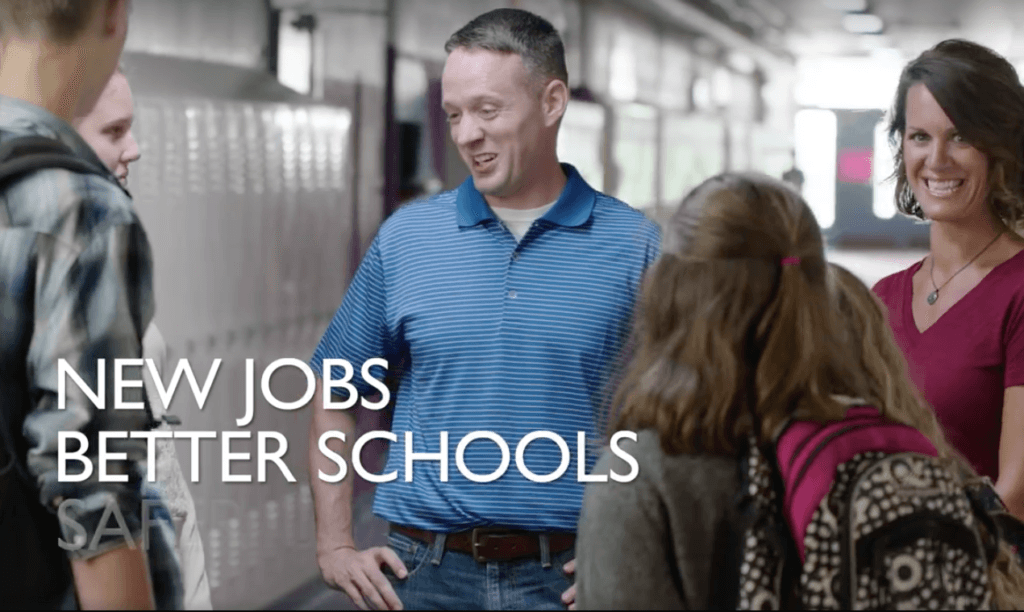 And Jeff Edler, running against Senator Steve Sodders in Marshalltown: 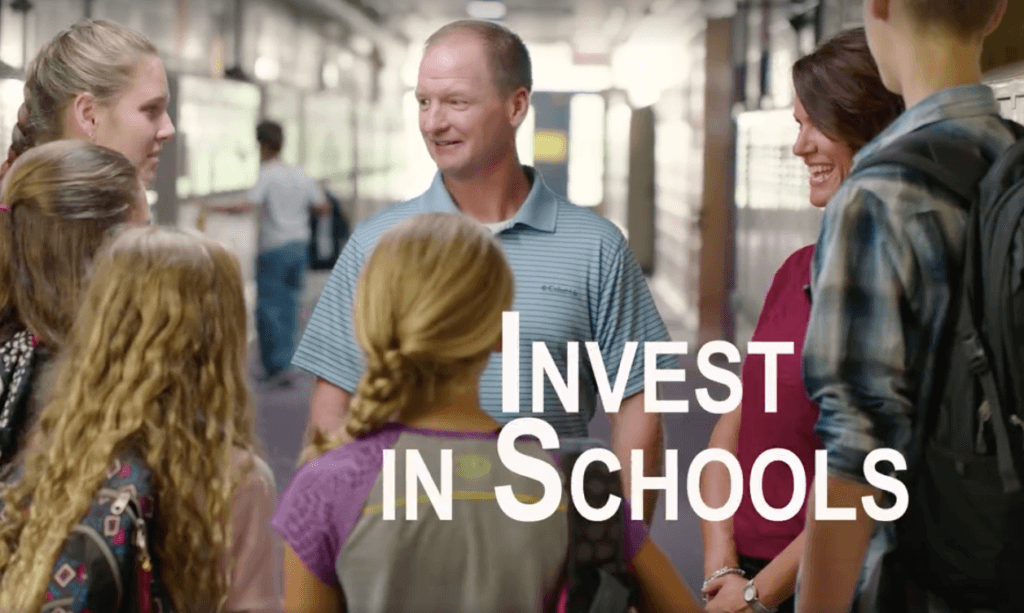 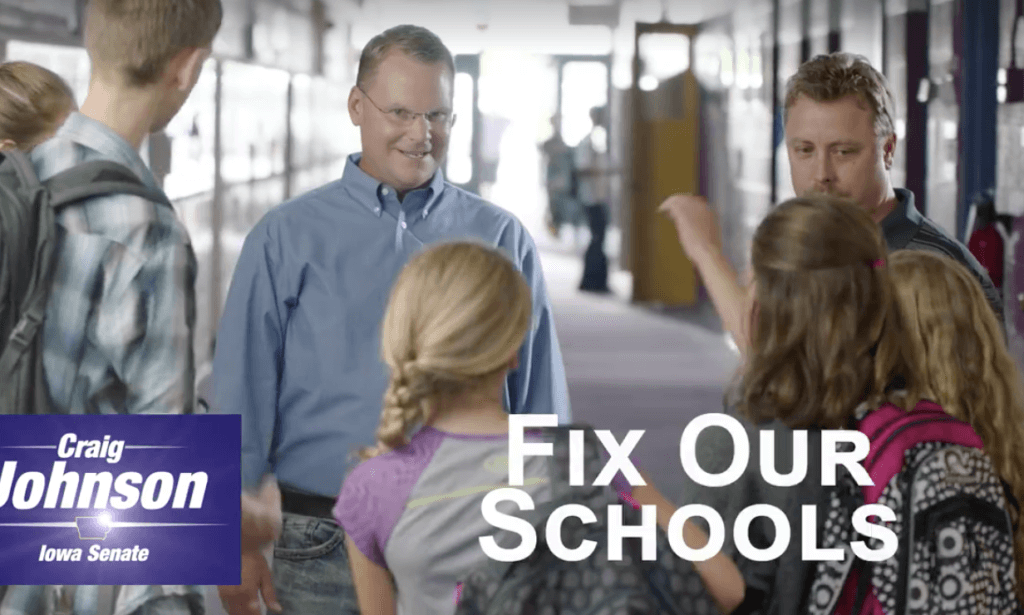 Bonnie Sadler, the Republican choice to take on Senator Jeff Danielson in Cedar Falls, doesn’t have this scene in her video, but it looks to be in a mail piece: 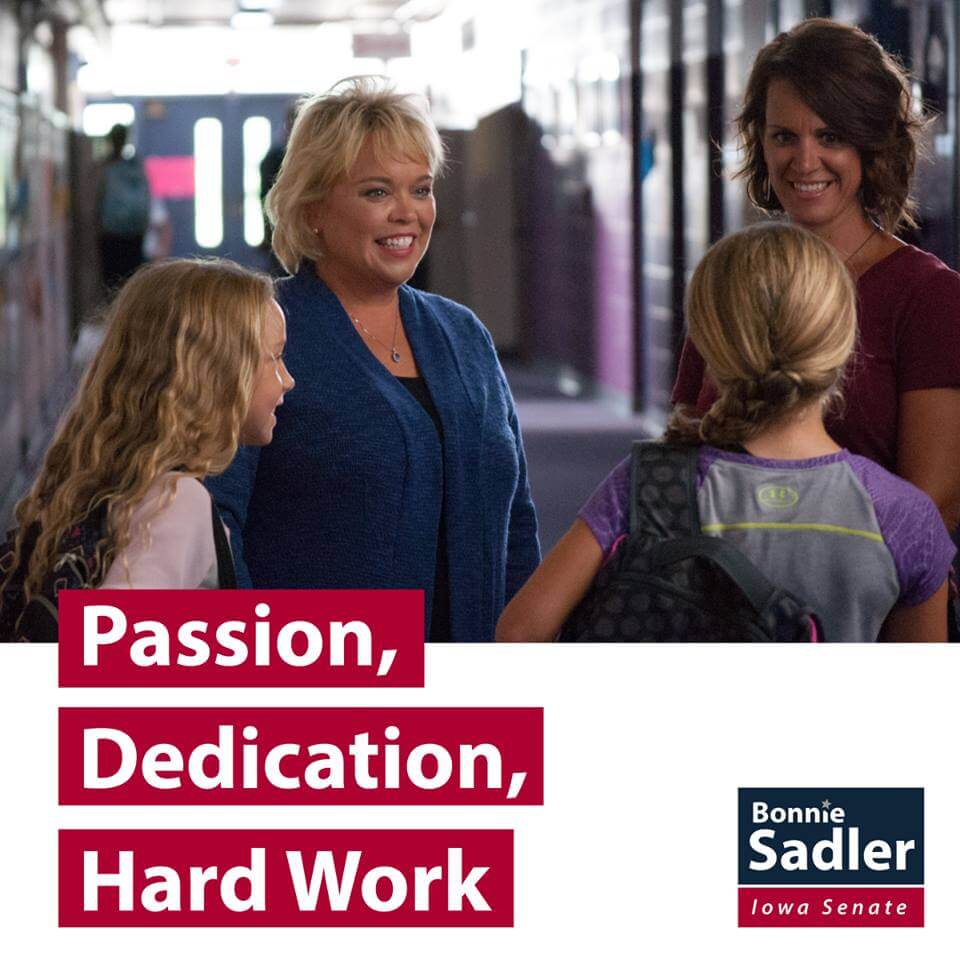 Mark Lofgren, running against Senator Chris Brase of Muscatine, is in the same school, but it’s harder to tell: 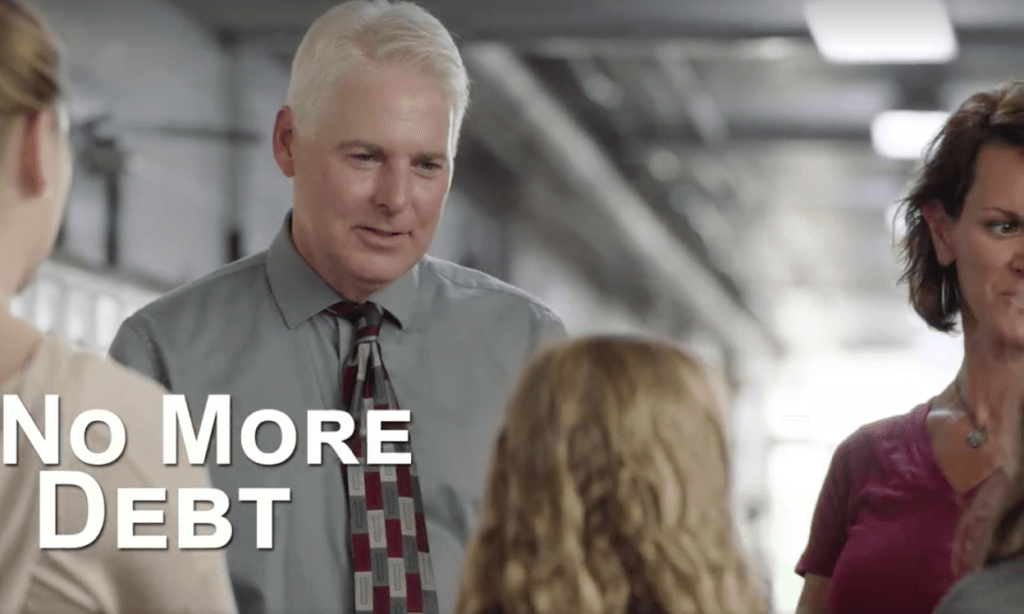 Now, to be fair, both Democrats and Republicans do these sorts of coordinated ad shoots. In states like Iowa, you almost have to. Our senate and house districts are relatively small compared to most other states, and we don’t have a very large donor base in each swing district. So candidates can’t raise the hundreds of thousands of dollars on their own to hire their own professional mail, TV and polling consultants.

Instead, an organization within the state party raises large funds statewide and from national donors to help out in the targeted districts most likely to be close. In Iowa both the Democrats’ and Republicans’ senate operation is called the Senate Majority Fund. The Democrats’ house group is the Truman Fund, while the Republicans have the Eisenhower Fund. Each is run by the legislative leaders from their respective chambers. Not every candidate “buys in” to the program, but most do.

Because those statewide organizations have these funds, they’re able to provide the local candidates with professional consultants they wouldn’t otherwise have. The local candidates will kick in a large portion of the money they raise to this party group to help pay for it, but overall they get a lot more value out of the services than they contribute. To save time and money, instead of sending out a TV crew to each district around the state, many times all the candidates will come to one place, as they appeared to do here.

Usually this is a net positive for obviously reasons. However, there’s one big problem in this situation: nearly all of these candidates are in the same media market.

It reminds me of an evening when I was watching the nightly news in a Decorah hotel room a week out from the 2012 election. Republicans were running the exact same-looking attack ad against Danielson, Schoenjahn and Wilhelm. With an image of the Capitol and a yellow-tinged background, the voiceover attacked each candidate with the same points about funding for heated sidewalks and potted plants. The only thing different was a picture of the Democrat in question and one line specifically mentioning them. Several times these ads ran three in a row, one right after the other. It completely diminished the message and looked amateur (all three Democrats won reelection).

So how many voters in Northeast Iowa will notice that all these Republican candidates are talking to the exact same group of people? If Republicans run these specific ads on TV – not just online like now – it’s possible voters will see five ads for five separate candidates, all with the exact same scenes – and possibly all one after the other on their nightly news. It’s not like the voters automatically stop paying attention when the ad that’s on their TV isn’t for the exact district they live in.

Authenticity is important in campaigns, especially for first-time candidates, and little things like this can matter. Both Republican and Democratic legislative campaigns should take particular care this year in Northeast Iowa with so many targeted races appearing on the same TVs.

However, I will say this for the Republicans: each of these videos have several thousand views, some in the tens of thousands, with plenty of shares. It seems the Republican Senate Majority Fund has figured out that it’s super cheap and easy to advertise on Facebook into specific districts. The Democrats should take note – it’s an area the Iowa Democratic Party has badly lagged in for years.

And one last note: someone please get Waylon Brown a cup of coffee before his next ad shoot.

Here’s links to all their ads on their Facebook pages:

12 Comments on "Awkward: All GOP State Senate Candidates Have Same Kids In Ads"