It takes a lot of guts to put your name on the ballot for public office. Unless you have a really badass name, that is. In that case, you’re doing a great service to America. So let me introduce you to the greatest patriot in all of Iowa this year:

Yes, it seems ole Rebel Snodgrass was the best person the Republican Party of Iowa could find to take on Democratic State Representative Scott Ourth in this Warren County district where registered Republicans outnumber Democrats. He filed his official papers to appear on the ballot last week:

But oh, it gets better. Because Rebel Snodgrass isn’t even his full name. A quick property records search reveals the real glory of this new candidate:

Now if you thought the name Rebel Snodgrass makes for the perfect business leader’s name, well then you’re absolutely right, my friend. Our buddy Rebel owns All American Exteriors in Indianola. Their website seems to have a bit of a theme: 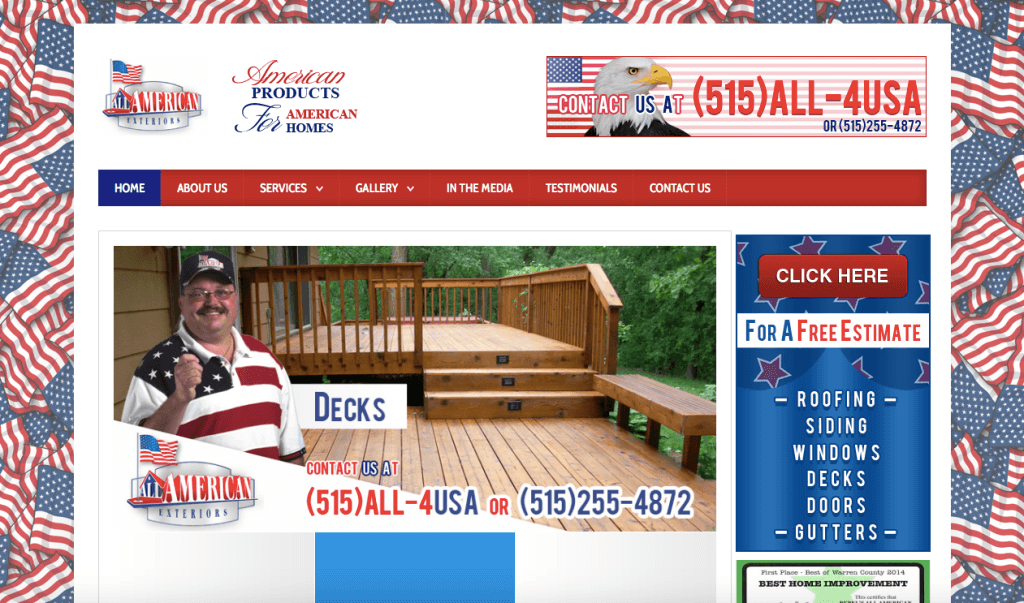 Their phone number even has USA in it. His name may be Rebel, but he certainly has a cause: it’s called freedom.

And just look at Rebel’s rosy cheeks. He’s not simply dressed in all-Americana, his face practically exudes red patriotism of a true American.

Perhaps Rebel will join up with this other great Republican House candidate, Jack Holder:

All that being said, it does appear Rebel runs a great business. So if you’re looking for new siding, gutters, windows or a deck, you should call up All American Exteriors of Indianola.

3 Comments on "Iowa Republican Candidate Has Greatest Name Ever"